My parents day tripped in Santorini when they holidayed in Greece during the seventies (i.e. the decade before my brother and I came along and my dad sported some seriously groovy sideburns…). The white cubic buildings with blue domes on the cliff top are just the perfect image of Greece, right? You see the pictures in holiday brochures of volcanic islands rising out of impossibly blue seas and little pots of geraniums balancing on window sills and wonder whether the reality could be equally as picturesque.  Well, photographers hardly need to try at all when in Santorini, that’s the truth.  It’s literally as pretty as a picture 🙂

Our cruise ship tendered at Fira, Santorini’s capital. This meant we had to get a boat to take us to the island. There was one really nice wooden ship carrying passengers across the water (think of the photos!) but unfortunately, we got left with a much speedier and more modern boat. Boo.

From the port you have three options on how to get up the enormous cliff face and actually get to Fira itself: You can either ride a donkey up the steep and snaking path, walk the steep and snaking path yourself, or, you can queue up and catch the cable car. Having been warned that the donkeys were dangerous and that the walk was a trek, we caught the cable car. It was cheap enough (one way) and took less than five minutes (+ twenty minutes of queuing…).

Once you get up to the top and have walked through the narrow cobbled streets and taken a look in the jewellery shops (so many jewellery shops in Greece!), take in the view. Yow.

Fira is beautiful, but if you’re after the traditional blue rooftops you’ve got to travel further along the island to Oia.

One thing you must, must, must do when you’re in Santorini is stop at a restaurant or Cafe with views over the Calderra. Once we’d had enough of shopping (and got our traditional Christmas tree decoration – a donkey, ha!), we found a deserted bar playing music and sat down for a drink overlooking the sea.

If I had to choose a favourite moment from our holiday, it would be this one. We sat there for at least an hour soaking in the view and chatting. (Plus, the toilets at Francos were seriously lush for ‘Greece! Land of the unflushed bog roll!‘)

So once we were ready to head back to the cruise ship we were again faced with three options. Option one, be sensible and take the cable car back down to the port, Option two, ride a donkey down the (now) sloping, snaking path, or Option three, be stupid and walk down the sloping, snaking path…

We thought we’d walk. We thought it wouldn’t be that bad going down. We thought we were young and fit and could do it! But it was so hard! The cobbles are really slippery, I was slipping all over the place in my sandals and because there are donkeys going up and down it all day the thing you’re most likely to slip into is a big pile of steaming donkey pudding. Oh, and another thing about the donkeys; they don’t stop. We had to stick ourselves to a wall every time they trotted around a corner. Plus, you often have to walk behind them, which I really didn’t like doing (it’s unlikely they’ll buckaroo, they’re so used to people passing them from behind – but it was still unpleasant!).

We were knackered when we got to the bottom. I had to soak my feet. Sandals had not been a sensible idea. Even though it was horrible, I’m kind of glad we walked and experienced the donkeys. It made for a much better story than ‘ooh! we rode the cable car back down and nothing interesting at all happened along the way! My feet are fine!’ 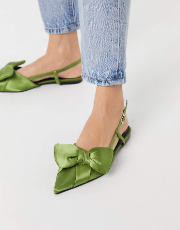 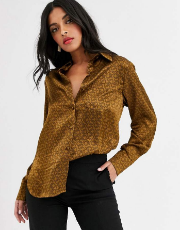 This big fur ball turned three today and celebrated by hugging the postman, humping my leg (with age - it seems - does NOT come maturity 🙄) and scoffing peanut butter pupcakes (just the one, he's on a diet...). 🖤
Happy New Year! 🥂 I've reached the ripe old age where you demand a grainy, blurry-faced (37kg dog butt in your face...) family photo every Christmas. . . Mixed emotions about saying adios to 2019. If I fancied being philosophical/douche-baggish about it then I'd call it a "growth" year - you know, the kind where life shoves you in at the deep end without arm bands? Still, there were some amazing highs in between the lows and I've so much to be grateful for heading into 2020 - most of all, these two hairy mofos. 🖤
Still firmly in the "cake for breakfast" phase of The Crimbo Limbo; I had two slices of this Almond and Raspberry Cake yesterday morning in front of Race Around the World (iPlayer it: couples competing to get from London to Singapore by ground with only £2000 cash and no smart phones or credit cards - it's so, so good!). Sour enough if you fancy a break from scoffing chocolate (never) and moist enough to last into 2020 🖤 Recipe's up on the blog if you fancy making it yourself (link in bio).
I've got a fridge full of cheese, a cupboard full of chocolate and nowhere to be except parked on the sofa binge-watching The Witcher. Long live the Crimbo Limbo 🙌🏻🌲
Nos da, Christmas 2019! 🌠 Hope you've had a good one however you spent it (I spent it drinking waaaaay too much gin and coming second last in Articulate 😫 If anyone's got a decent hangover cure I want to hear it 👇🏻)🖤
%d bloggers like this: