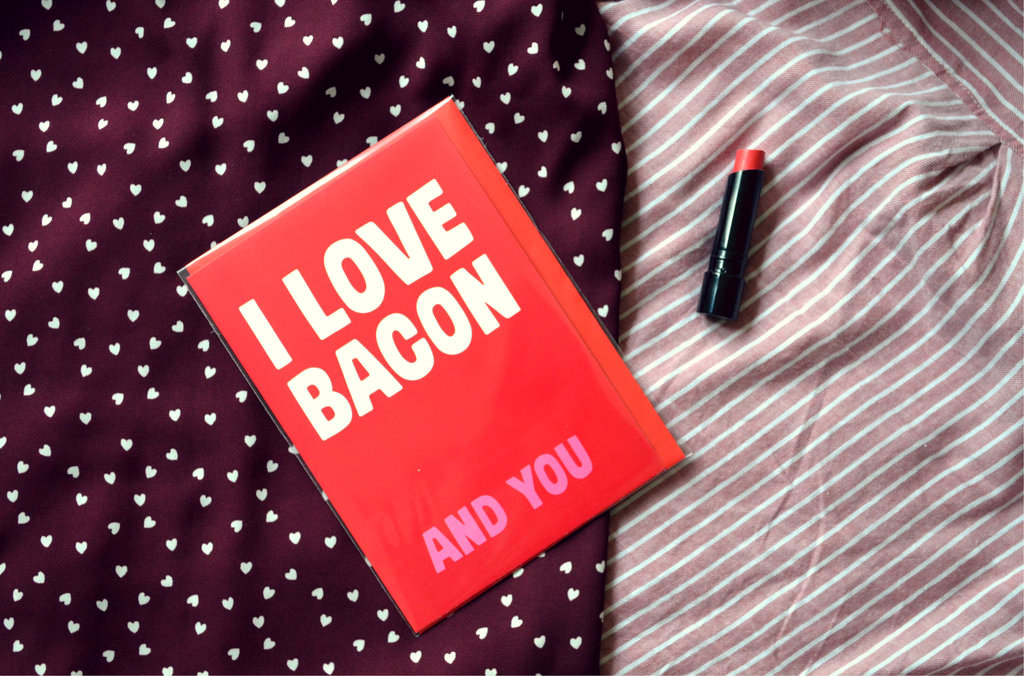 Guess what?  I’ve written a book.  It’s 128,932 words long, it took four years to write (four long years of backache, breakdowns and bawling on Sunny’s shoulder), it’s hands-down the best thing I’ve ever written and I’ve got two agents who are kind of interested.

When someone asks, I clam up.  I get embarrassed and then do everything in my power to swiftly change the subject, like, “Uh yeah, but it’s nothing, it’s early days, it’s not published or anything… But hey!  Are you watching Crazy Ex-Girlfriend/Nashville/Vikings?  You should, you totally should!”  The truth is that I’m so damn terrified of the other person thinking that I’m braggy or arrogant that I won’t ever talk about this massive part of who I am; something that’s probably by far my greatest ever achievement.

And it’s not just the book; I’m constantly selling myself short in all areas of my life.  I’ll bake something that took hours, but when someone says it tastes good?  “Meh.  It’s okay… it’s a bit too sweet/burnt/dense really.”  On days where my winged eyeliner looks almost even (it’s never actually even, I mean come on) and I’ve managed to wrestle down those wisps of hair that always stick up, if someone throws a compliment my way, my first response is usually, “…Really?”

I’m still weird about taking pictures of myself because, ugh, awkward, bum-chin and big nose.  I won’t post outfit shots in my weirdest shirt because – despite what I might think – heaven forbid someone out there thinks I’m being vain or self-centered.  And yeah that picture I took is nice, but y’know I can’t take credit, the camera did most of the work. 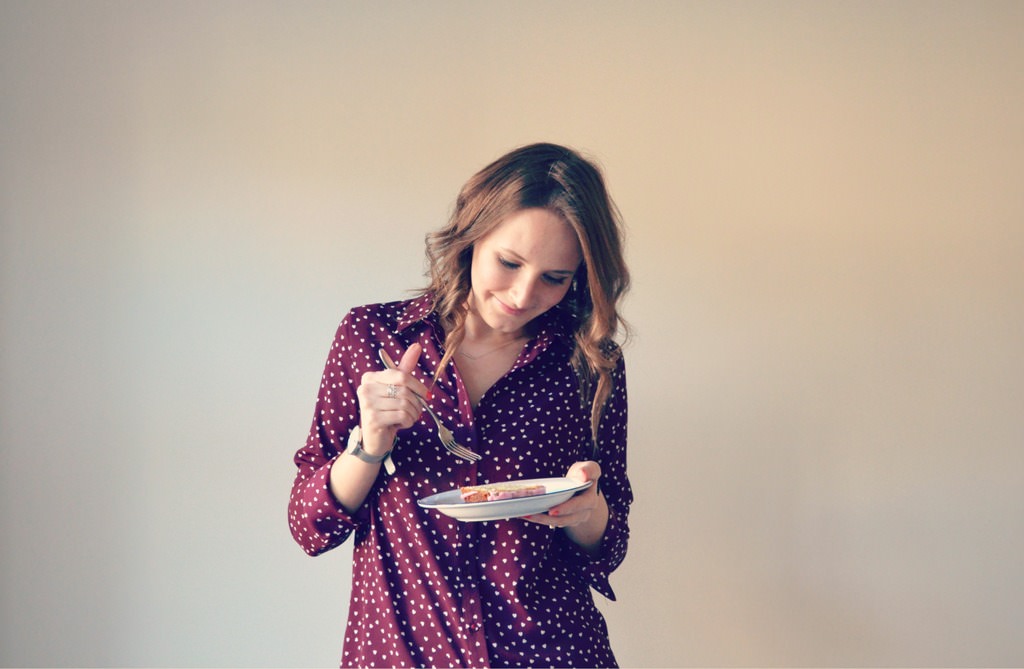 Growing up we’re told not to brag, not to be big-headed or cocky in case we offend someone with our own unique brand of awesome.  But there’s a cost to that.  The danger is that we become humble to the extreme, to our detriment.  Not self-deprecating, but self-sabotaging.  We become blunter, duller versions of ourselves to please others, and instead of roaring our talents from the rooftops, we whisper them.  As if they’re a secret that’s too much to share with the world.

Turning the volume down on your talents just in case a complete stranger or otherwise gets offended or thinks badly of you is stupid.  If they don’t like your noise, that’s their problem, not yours.  It’s not about becoming big-headed, it’s about accepting and acknowledging those times when you nailed it and giving yourself credit.

It’s Valentines Day tomorrow, and instead of buying into the mush (…Sunny and I don’t really celebrate beyond a card each) I’m using it as a day where I promise to stop selling myself short from now on.  Next time someone asks about my book, I’ll tell them about it.  I worked hard on it and should be proud.  I might even get up the courage to post a selfie, bum chin and all.  And yeah, I did bake that cake and you know what?  It’s pretty damn good.  🙂

19 replies on “The Cost of Selling Yourself Short”

Omg! Congratulations!! 🙂 This is huge. Great post too. I can totally relate. ❤

Congrats!!! You should be proud of your accomplishment! This is a huge deal! I can’t wait to see it get published and put the shelves xx

Thank you, me too! I’m still making edits so it’ll be a while – but it’s a big step in the right direction 🙂

A huge congratulations! Writing a book is one of life’s biggest accomplishments and it must take so much determination (and creativity!) so you should be 100% proud of yourself! I completely get what you mean, especially living in the UK where it’s really not good to brag about anything and constantly undermine our achievements in case it comes off as not polite! But I think it’s nice to celebrate your achievements and tell others about it! I love hearing about how well others are doing. To me, there’s nothing more frustrating than when I try to celebrate for someone but they constantly play it down and I’m like ‘nooooo you should be so proud it’s amazing what you’ve done!’ etc. etc. haha. Valentine’s Day sounds like the perfect day to show some self-love in that way ☺️ xxx

Thanks 🙂 It’s definitely a very British thing to keep achievements quiet – bragging is considered impolite, but I’m not really sure why that is! It seems really silly!

This is my favourite post you have written!
Whether or not your book gets published you have done something amazing in writing it! The act of writing itself is an achievement.
I think I often sell myself short too and I absolutely hate selfies. I’m just not very comfortable with people judging me when I (and we) should feel proud of what we do and make in life, no matter what others think. I hope that I will remind myself to do this more often after having read your post.

Thanks so much! 🙂 I think it’s a curse some of us creative minds carry – we make and do all these amazing things but then can’t bring ourselves to shout about them!

Big congratulations on the book! That is definitely something to shout from the rooftops about and be so proud of! I totally relate to this post, I always find it so difficult to receive a compliment.
I have nominated you for the bloggers recognition award 🙂 – https://sohelena.com/2017/02/16/the-blogger-recognition-award/

That is bloody amazing! What an accomplishment lovely 🙂 I can’t wait for it to be published!

Thanks, me too! Got a little while to go yet, but I’m on the right track 🙂

I saw your post being tweeted around, and I knew from the title that I was going to love it. I am so proud of you for reaching your milestone and finishing your book! It’s been a few months since you originally wrote this, so how’s it going for you?! I hope it’s going more than well. I have to agree with you, I’ve lived my whole life selling myself short, and for what? To have less self-esteem? I’ve learned to be proud of my work and genuinely be happy about what I have accomplished, not matter how big or small. Great post, super well said xxx

Thanks so much for reading! It’s going okay – lots of editing and cutting down the word count, but getting there 😊

I would love to keep getting updates on your book, cause that’s so exciting!

Amen, amen, amen sister! I absolutely love this post that you’ve written from start to end. A huge congratulations on your book that is such an amazing and big achievement. I hope that the agents love it and I am so excited to hear about when your book is being published.

I totally know what you mean though in terms of downplaying all of our achievements. I do that too because I feel like if I just accept a compliment then I might come off as too cocky. But we SHOULD be proud of all of the handwork that we put into our work!

This was amazing, and I loved reading this post!

Thanks so much! Glad you liked! I think being modest is definitely something that’s drilled into girls in particular – but we shouldn’t feel bad about being cocky! We’re entitled to shout our achievements loud and proud 🙂