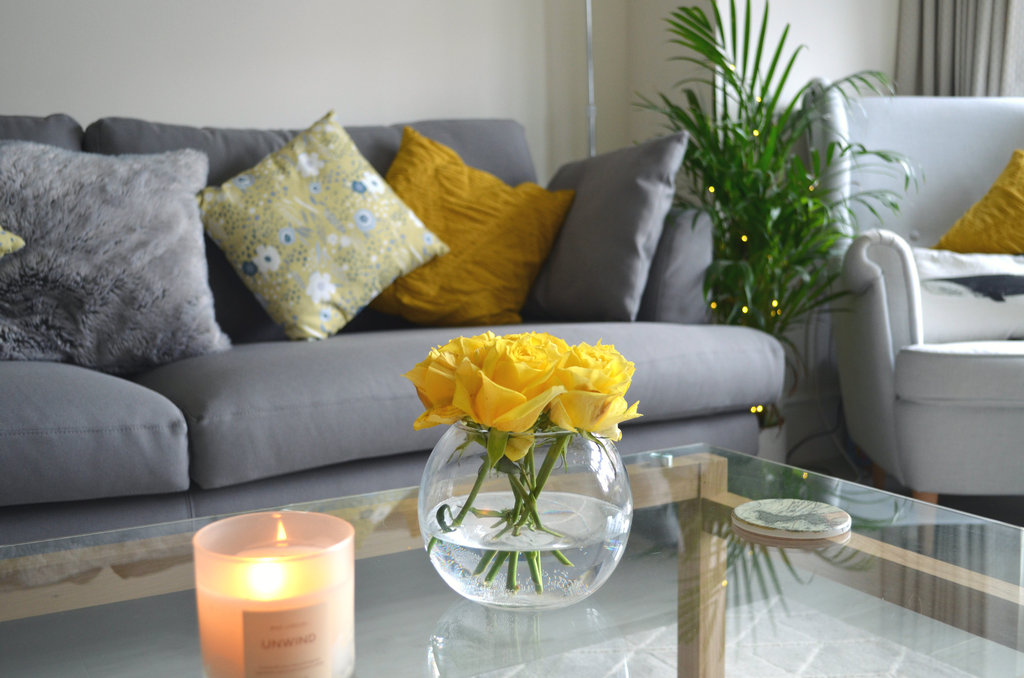 I can’t believe we’ve been in our house for a year and a half!  Mostly because there are still a couple of boxes gathering dust in the spare room… oops.  And we’re still making changes; last month we tiled the kitchen and painted one of the lounge walls, just the other day we put a picture up on the landing and this weekend we’re popping to Homebase to check out some wallpaper for the bedroom.  If there’s anything I’ve learned about decorating houses (house… singular, this is our first!) it’s that it takes time.  And that’s not necessarily a bad thing – I mean, sometimes it can take a while to decide how you really want things to look.

We’ve made some mistakes, but we’ve learned a hell of a lot along the way – including some handy tips, tricks and hacks that we’ll take along with us next time we move (…which hopefully won’t be any time too soon!)  🙂

1. Consider buying your flooring online rather than in a package from a retailer.

One of the first nasty shocks we had when we looked at getting carpets and hard flooring done was how crazy expensive it can be!  We’d never had to buy our own flooring before and so we did what most people do; we went to carpet retailers and those big name department stores that’ll offer the whole package (measuring, ordering, fitting), because we didn’t think there was an alternative.  The quotes we were getting for carpets upstairs and luxury laminate downstairs were IN-SANE, and the truth is (which my parents recently found out), the service and finish aren’t always the best you’re going to get.  Sometimes it’s better to break up that expensive package and arrange things for yourself.

Because we’d had that big retailer (let’s just call him Jonathan Lewison *wink*) come out and measure up to give us their crazy quote, we’d come away with the exact measurements of each room and the quantities of flooring we were going to need.  With that info, we tracked down the carpet and the laminate we’d been eyeing up online for a much, much cheaper price, bought it, and arranged for it to be delivered to the house (luckily we had a garage where we could store the enormous rolls!). We shopped around locally for a professional fitter who could lay the flooring for us, and he did a much better job than Jonathan Lewison’s busy contractors.  Honestly, it was amazing how much we saved, just by ordering things ourselves online – and it wasn’t even that difficult to arrange.  It pays to think outside the box sometimes! 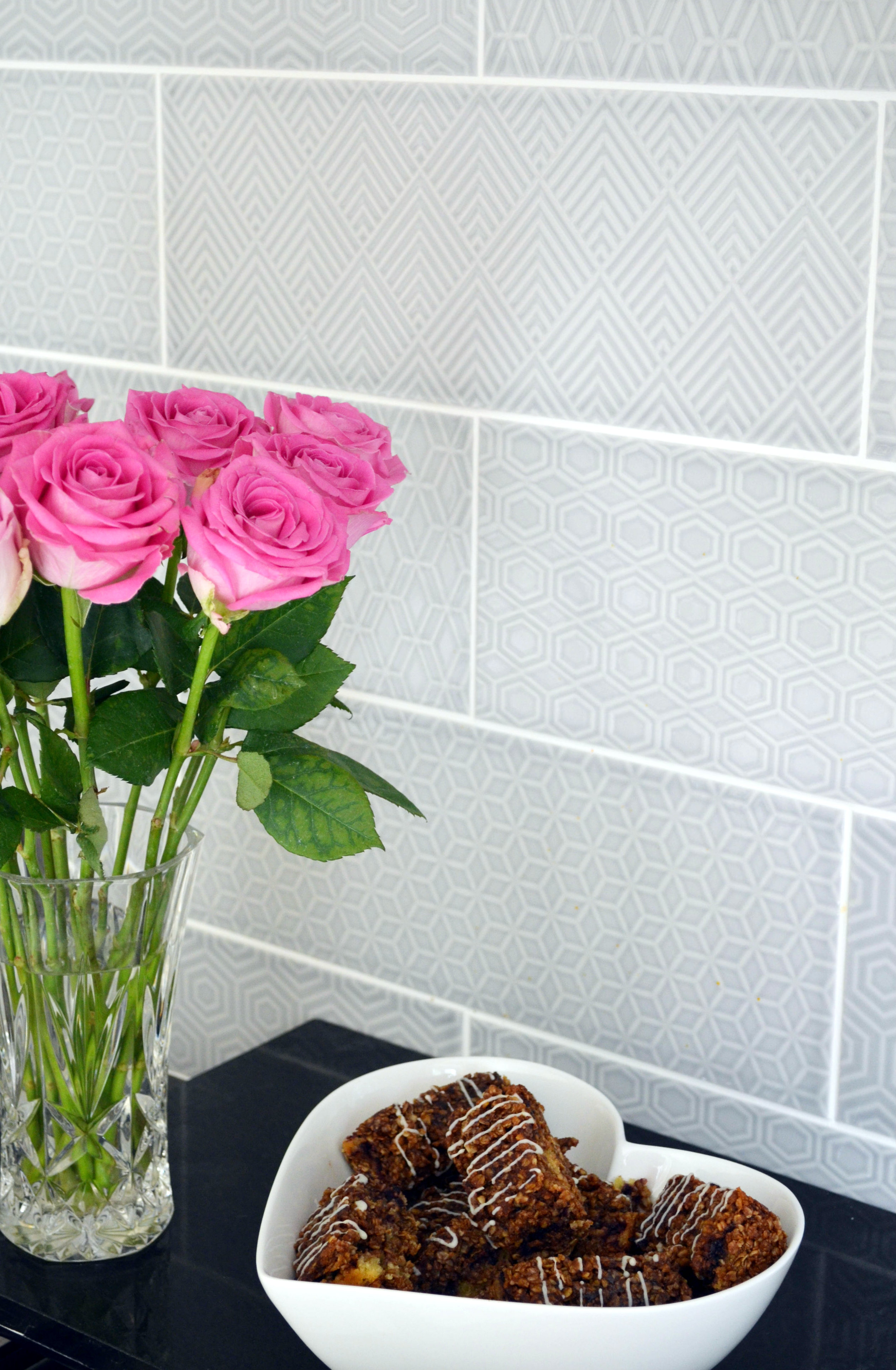 I can’t say this enough.  No matter how many Pinterest boards you’ve got stocked full of interiors inspo, and no matter how many ideas and plans you’ve got buzzing around in your head, it’s worth actually living in a room for a while before you whip the paintbrushes out or even start filling it with furniture.  Seriously.  Sometimes it’s a good idea to wait a while before you decorate or buy pictures because what looks good in your head might not work in real life, or what you want to change now might be something you regret in a couple of months.  You might realise you need a very specific piece of furniture (We need storage there instead of a chair, we need a silver lamp instead of a gold one…).  It took us about nine months to put a single picture up, purely because we didn’t really know what we wanted and where to put it.  And after living in our kitchen for a year and suffering terrible oil splashes on the walls around the hob, we realised that tiles were needed and started to shop around.  🙂

It also pays to think and plan ahead.  I was downright stubborn about the fact that I wanted hard floor everywhere downstairs because I knew it was going to be a bugger to constantly keep carpet clean in the most heavily trodden areas of our new home, but also because we had plans to get a dog.  Oh how right I was!  I honestly can’t imagine how we would have coped cleaning up after Bungle if I’d given in and gotten carpets instead.  Phew!

If you’ve lived in a house with stud walling then you’ll know that putting pictures up with rawl plugs can be a risky business (in our London flat we left behind walls that were pock-marked with hanging disasters…!).  But now there are amazing things called command strips.  They’re basically just little strips with a sort of heavy-duty velcro on one side, and glue – that enables you to hang things on the wall without hammers, plugs and screws – on the other.  When you change your mind and want to remove them you just peel them off and they don’t leave residue or marks.  They.  Are.  AMAZING.  We pretty much created our lounge gallery wall using only command strips, and so far nothing has dropped down on our heads – so that’s a thumbs up!  🙂 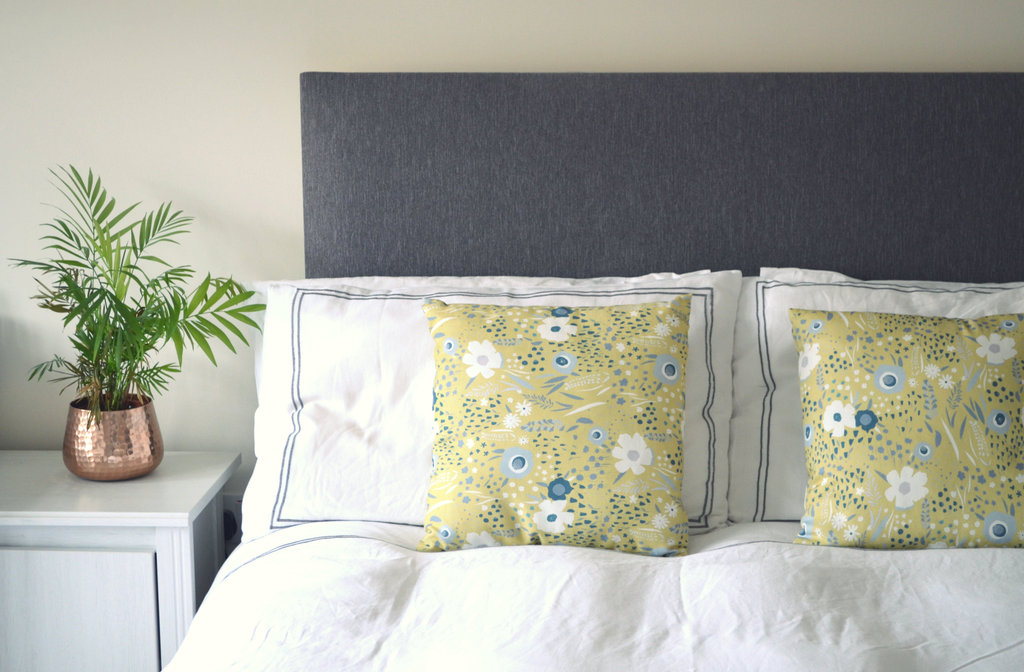 We’ve all had DIY disasters and know our limits when it comes to decorating jobs around the house – so it’s important I think to know when to cut corners and when get help.  My Dad is a perfectionist when it comes to painting, is handy with a drill and has suffered enough minor shocks over the years to know what not to do when it comes to electrics.  Plumbing, however, is something he won’t touch.  It’s always helpful to get a few recommendations from friends and family of handymen and tradesmen you can rely on when you reach your DIY limit (we’ve been really lucky, and have met some people we’ll be keeping in the address book for a long time!).  Sometimes it’s worth spending a little extra to dodge a disaster!

Similarly, know when to spend and when to save.  Curtains – for example – can cost an absolute fortune.  We had our lounge ones made to measure (because we wanted thick, floor to ceiling ones), but saved money by fitting them ourselves and buying cheaper eyelet ones for the windows upstairs.  Lighting is something that can also be expensive – especially if you go for light fittings.  We saved money by shopping around for fancy lampshades instead.

Call this an addendum to point two, but it really does pay to take your time and shop around for the perfect piece, rather than throw money away on something that “will do for now”.

5. Homesense and TK Maxx for Candles, Cushions, Rugs and Pictures

I snort at anyone who spends over six quid on a candle.  Honestly?  Just go to Homesense – they’ve got a tonne of them for a fraction of the price.  Along with TK Maxx (they’re the same thing really) it’s quite possibly my favourite shop on the planet when it comes to quirky, unique pieces for the home.  Some of my favourite pictures came from there (the Pineapple and the Elephant in our gallery wall), as well as some of my favourite ornaments and candles.

Sometimes it’s worth waiting a while for the right piece of furniture that not only looks good, but suits its purpose well.  There are so many bits of furniture that we waited to buy because we had very specific criteria that it needed to meet.  Like our kitchen table; we knew exactly what we wanted it to look like, but it had to extend to seat 8, that was a deal breaker.  We knew we wanted a coffee table in the lounge, but it had to have a glass top and a wooden frame that matched the legs for our sofa (we had to wait a year to find that and pounced on it when we did track it down!).  We needed a TV table, but it had to have tonnes of storage (….remember the age of the DVD?  We’ve got about a hundred…), and I was absolutely adamant that our bed had to be a nice soft grey colour, and be an Ottoman so we could store stuff underneath (I drove Sunny mad trying to track that one down…!). 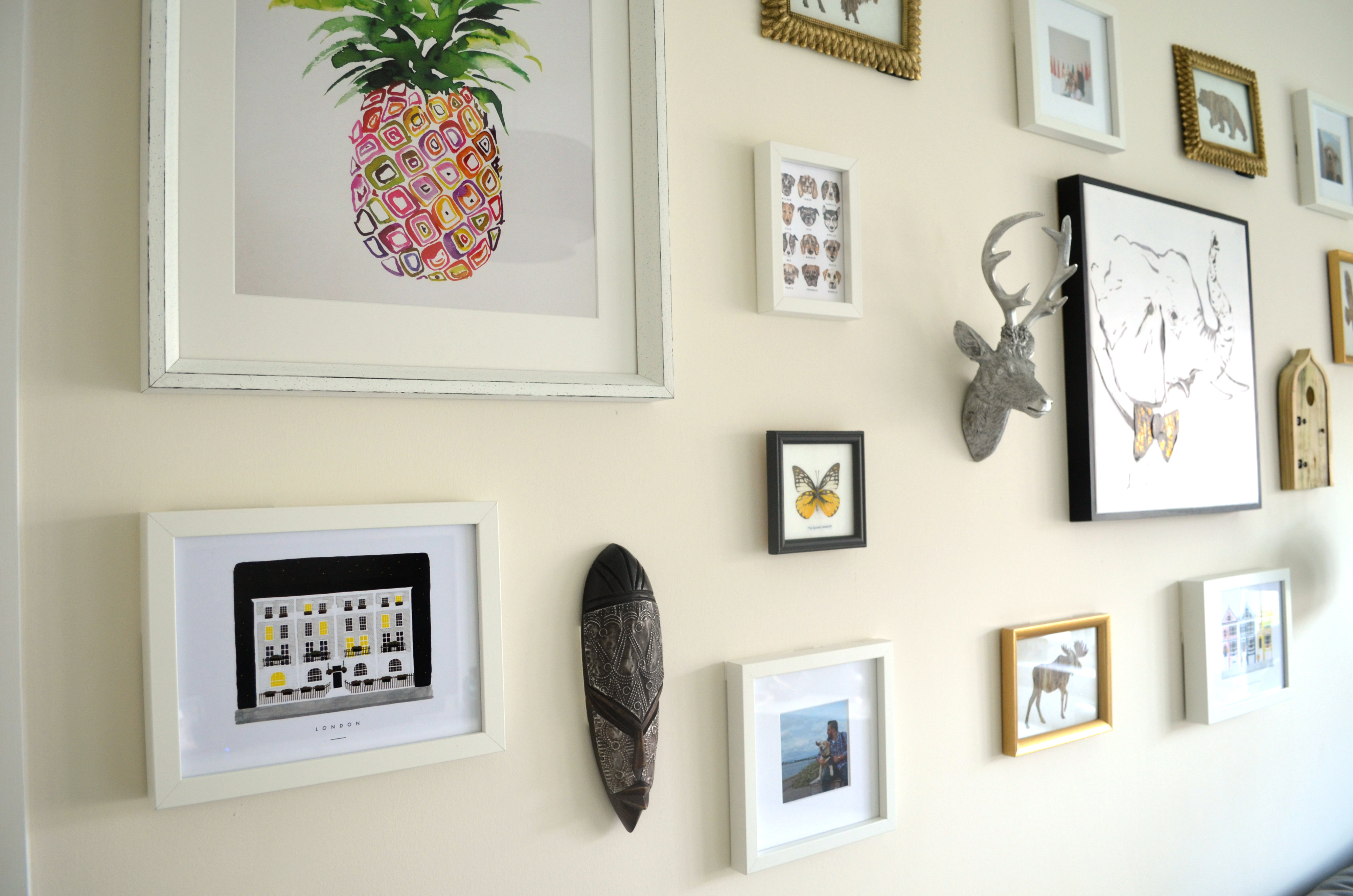 What are your favourite home interiors hacks?  🙂

Is this your home! I must say it’s wonderfully decorated! I absolutely agree with buying stuff online, and also check for discounted items 😉

Yes, thank you! 😊 It’s amazing how much you can save by doing a bit of digging around online!

Taking your time is key. Don’t know how many times I have rushed a purchase and later regretted it. Good post

I love tkmaxx/ homesense too