The Six Nations kicks off tomorrow!  Ahead of the big opener on Saturday – I went for a little snoop around the Principality Stadium (I have to be honest, I’m not liking our chances this year – we’ve got so many injuries – but you never know!).  I booked it back in November as a Christmas present for my Dad and thought now be the perfect time to take a tour and see the pitch and stadium in tip top condition.  🙂 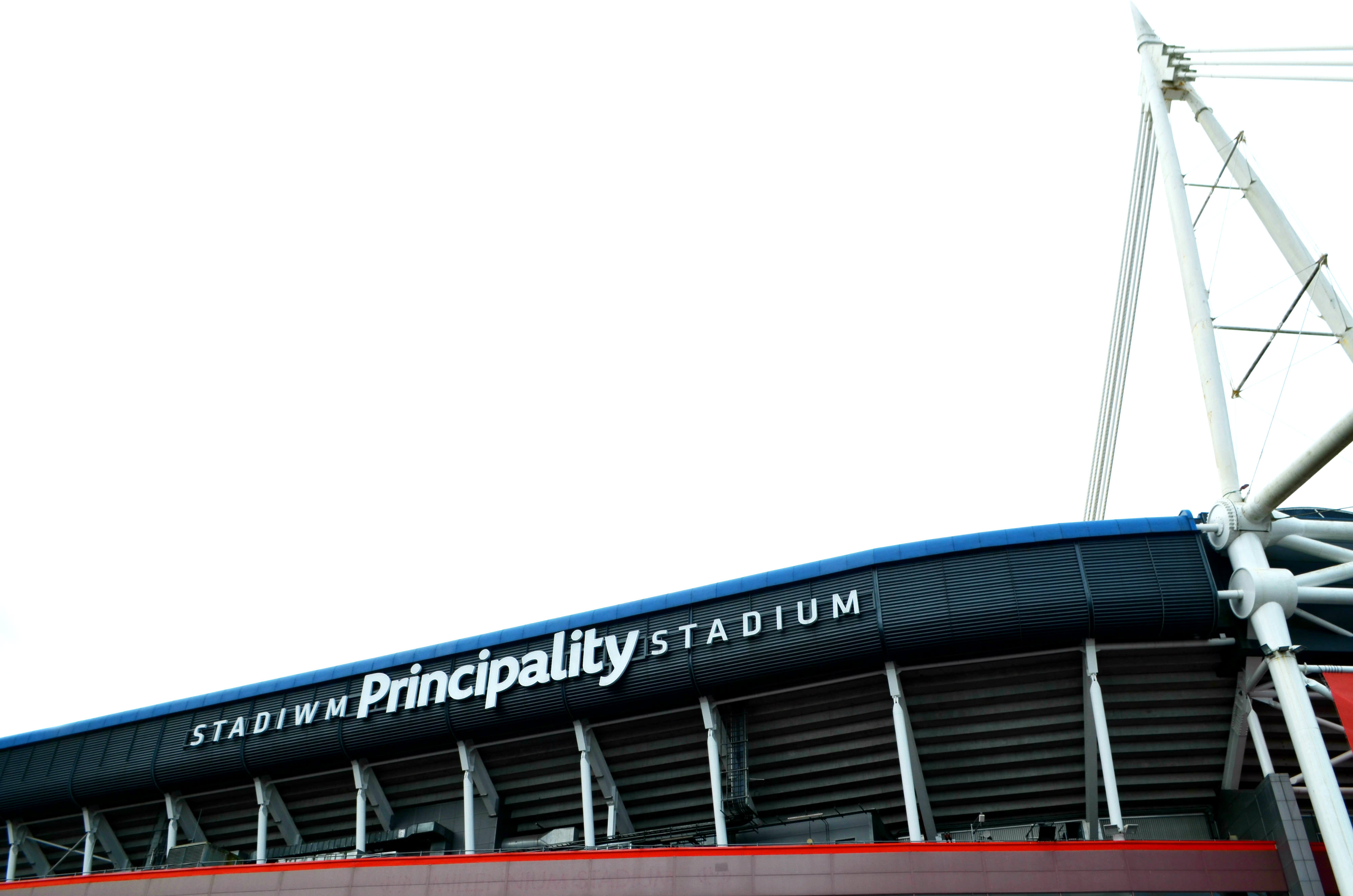 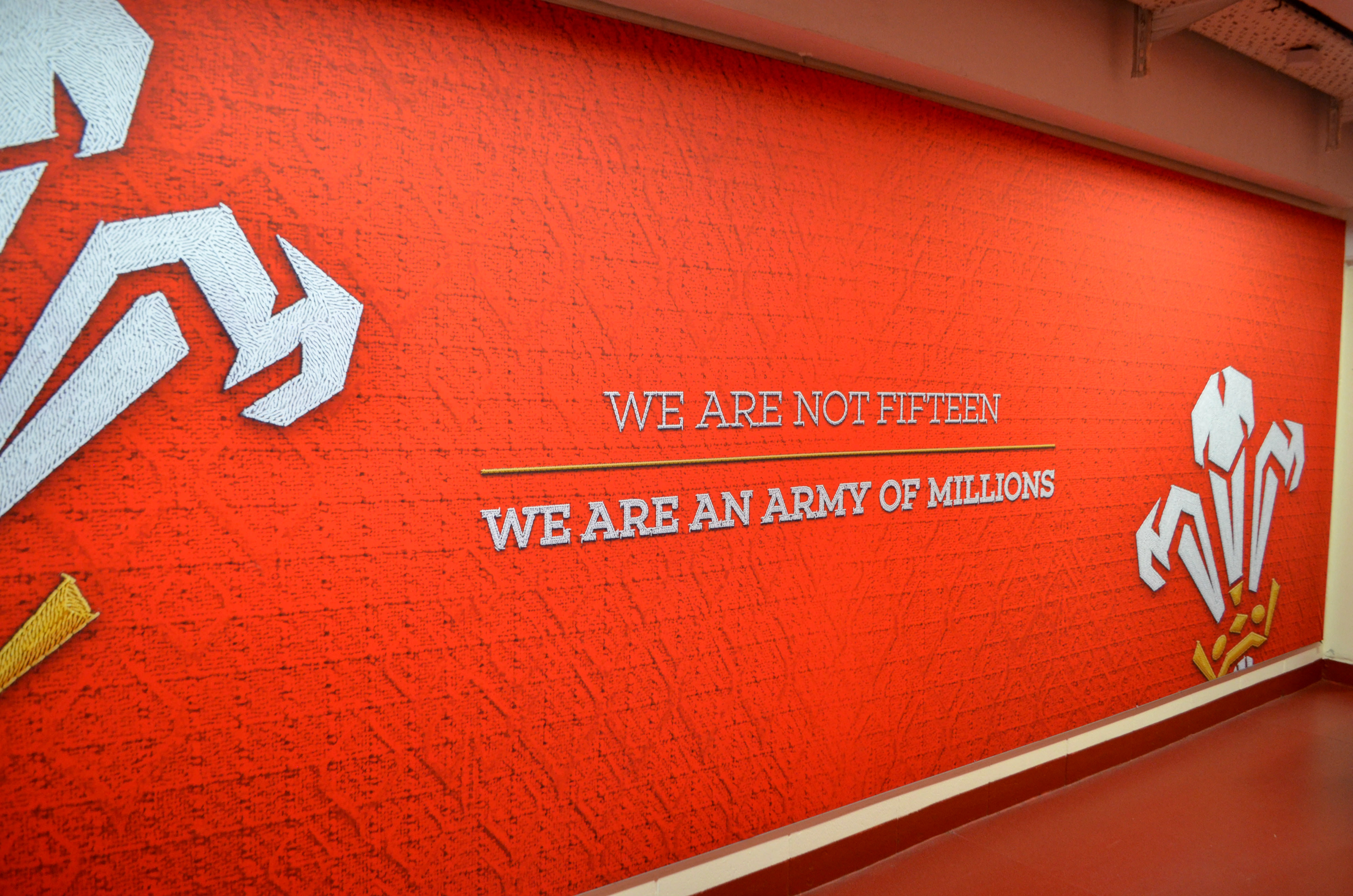 I still feel a bit weird calling it the Principality Stadium; I mean, to me it’ll always be the Millennium Stadium.  I remember when it opened back in 1999, swamping the old Arms Park.  I think the first time I went there was to see Robbie Williams play – and it can’t have been that long after it opened – I mean, we’re talking Robbie Williams back in his Rock DJ days (oh man, I’m old!).  But anyway, it was interesting to have a snoop in the cloisters of the so-called Cathedral of Welsh Rugby and hear some old stories and facts about the stadium over the years. 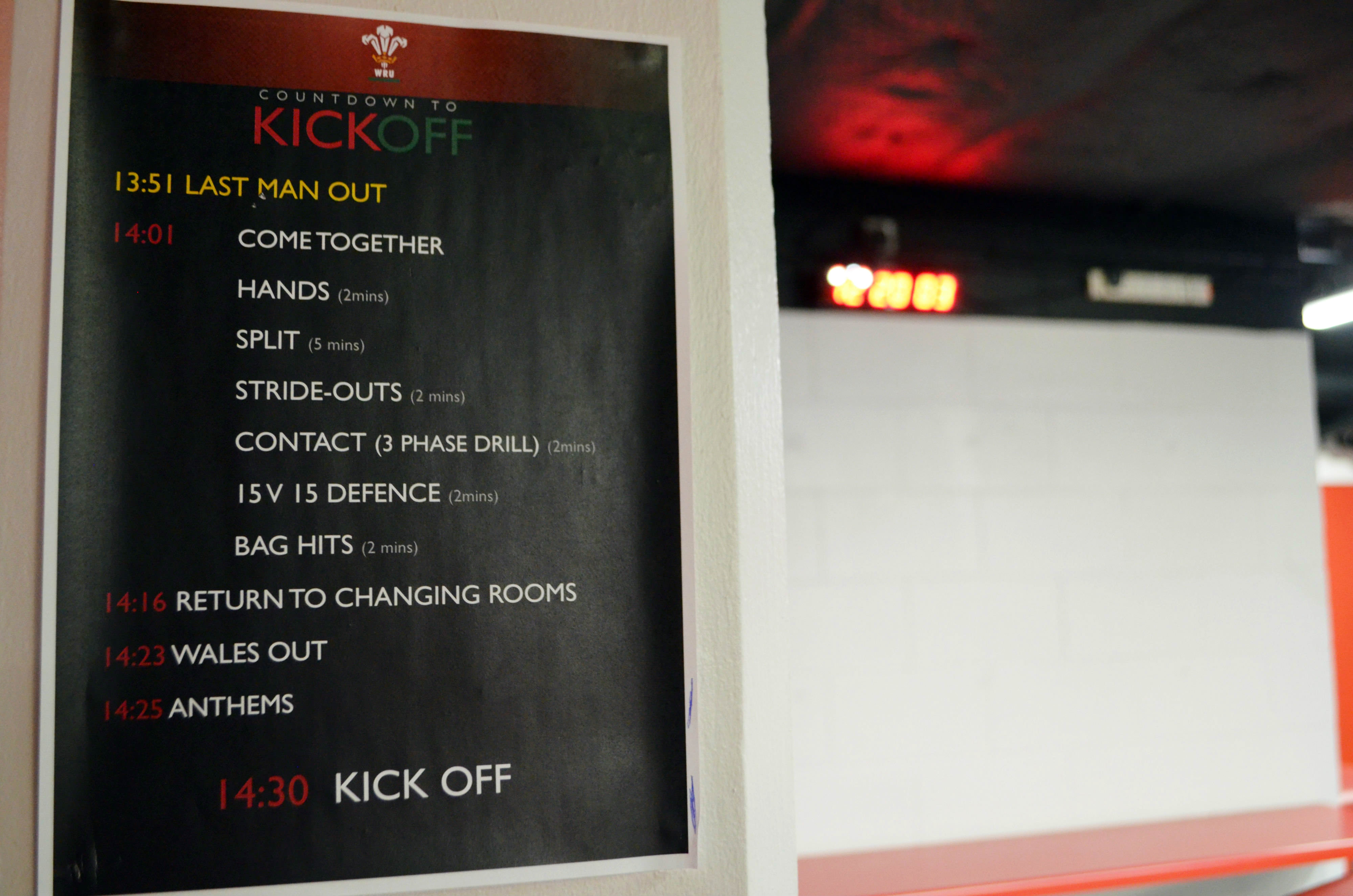 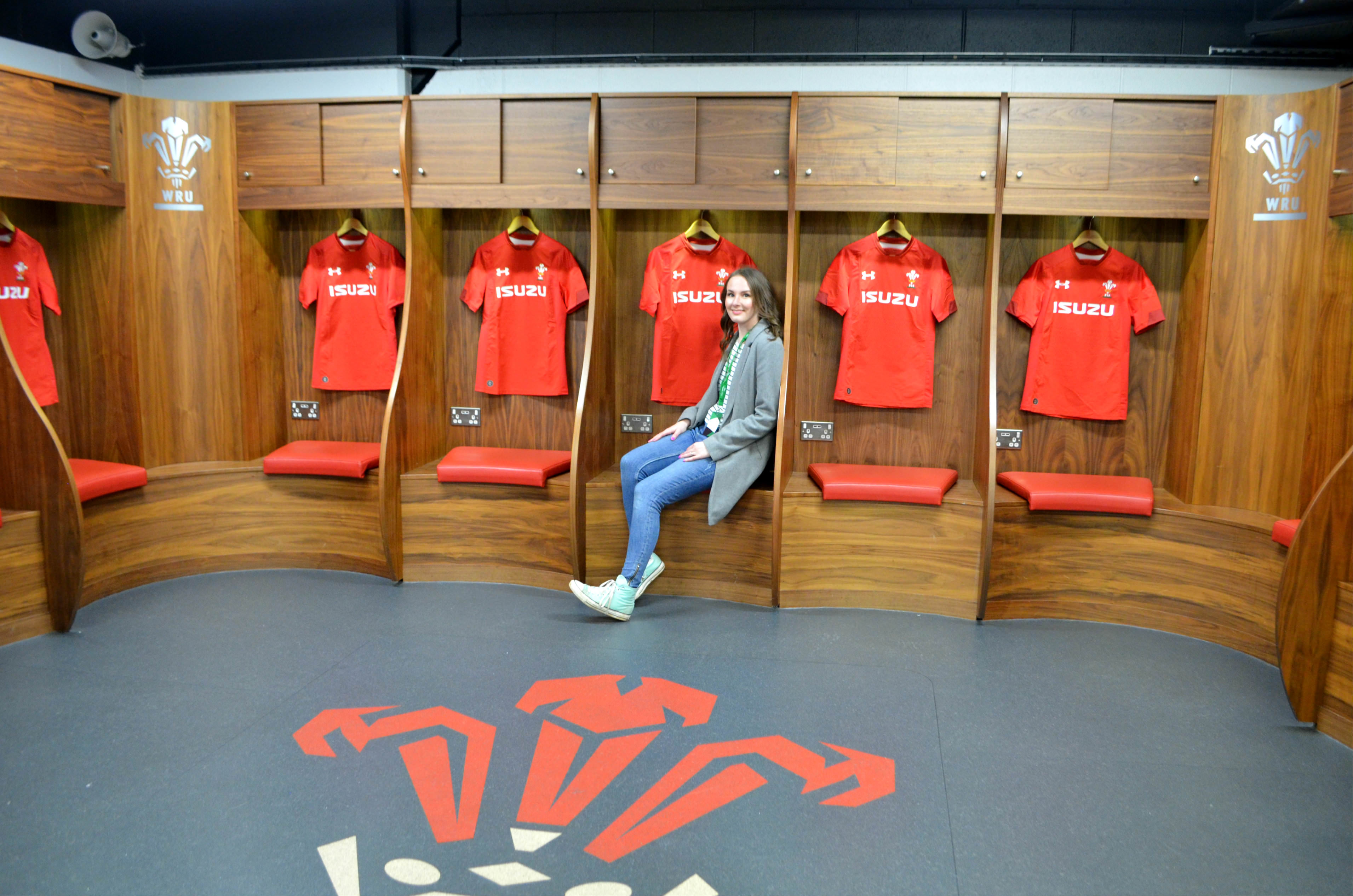 We had a look in the press room and then went into the boys’ changing room, The Dragon’s Lair (which was having a bit of spot work to fix the showers ahead of Saturday’s game!).  I totally forgot to have a sneak peek at the back of the shirt to see who’s seat I was sitting in! 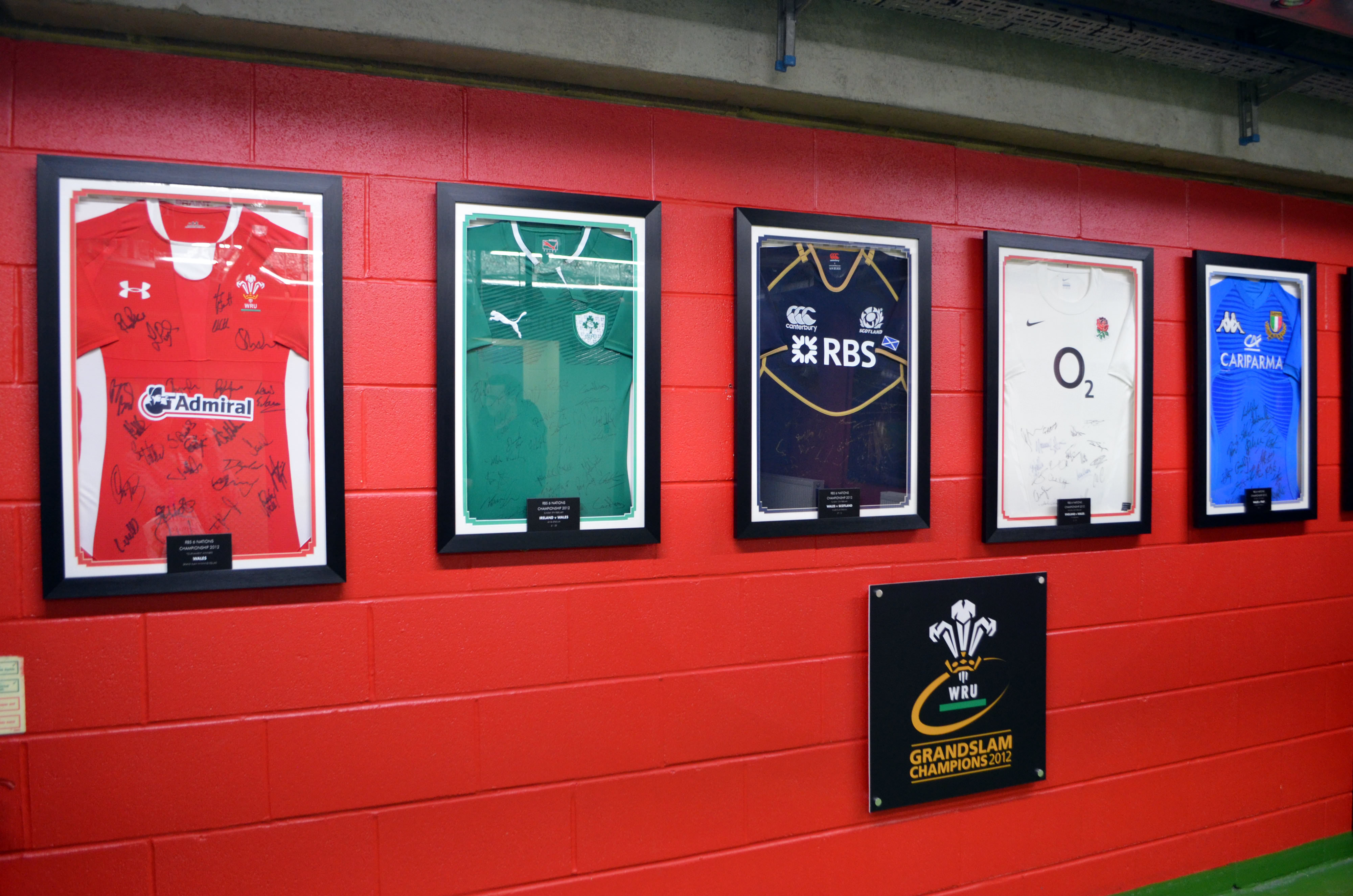 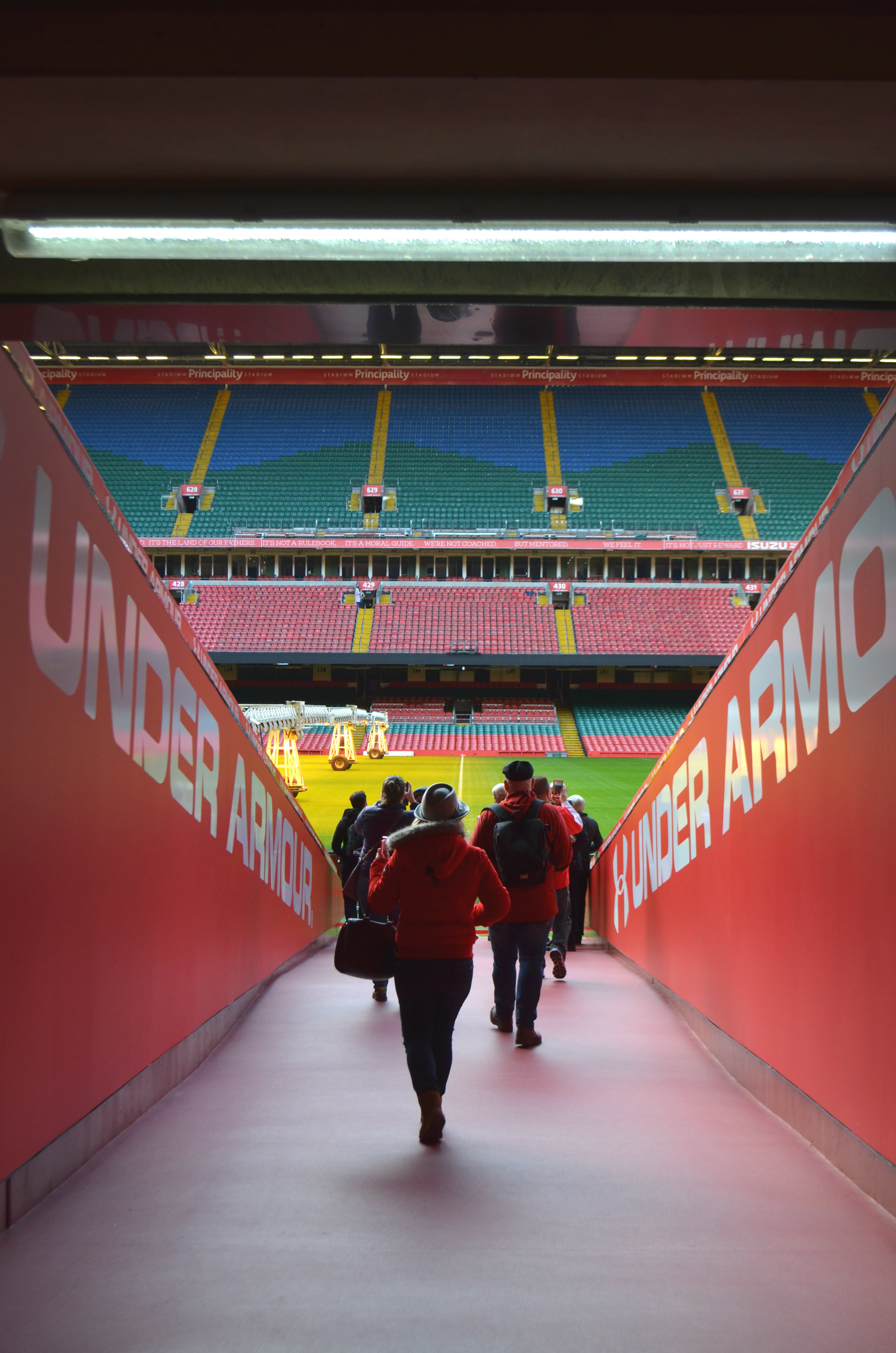 Without a doubt one of the best bits of the tour was being able to walk from the changing rooms out through the tunnel and onto the pitch.  Our tour guide flicked a switch near the doorway that played a recording of what the stadium sounds like at full capacity (74,000), so we could really imagine what it’s like to walk out on match day. 🙂

The pitch looked in tip top condition, mostly due to the huge lights that are lit year round to help keep the grass healthy. 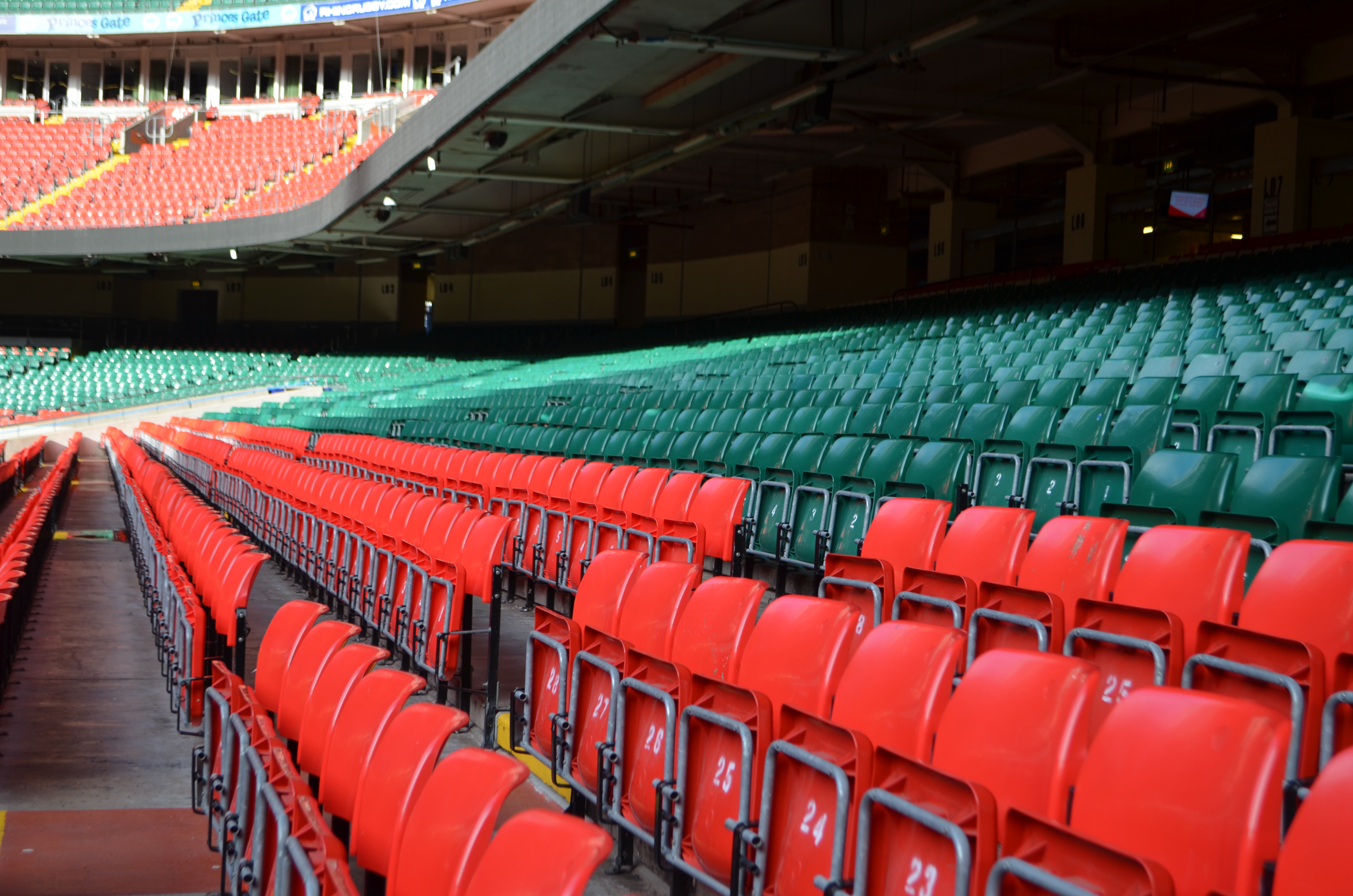 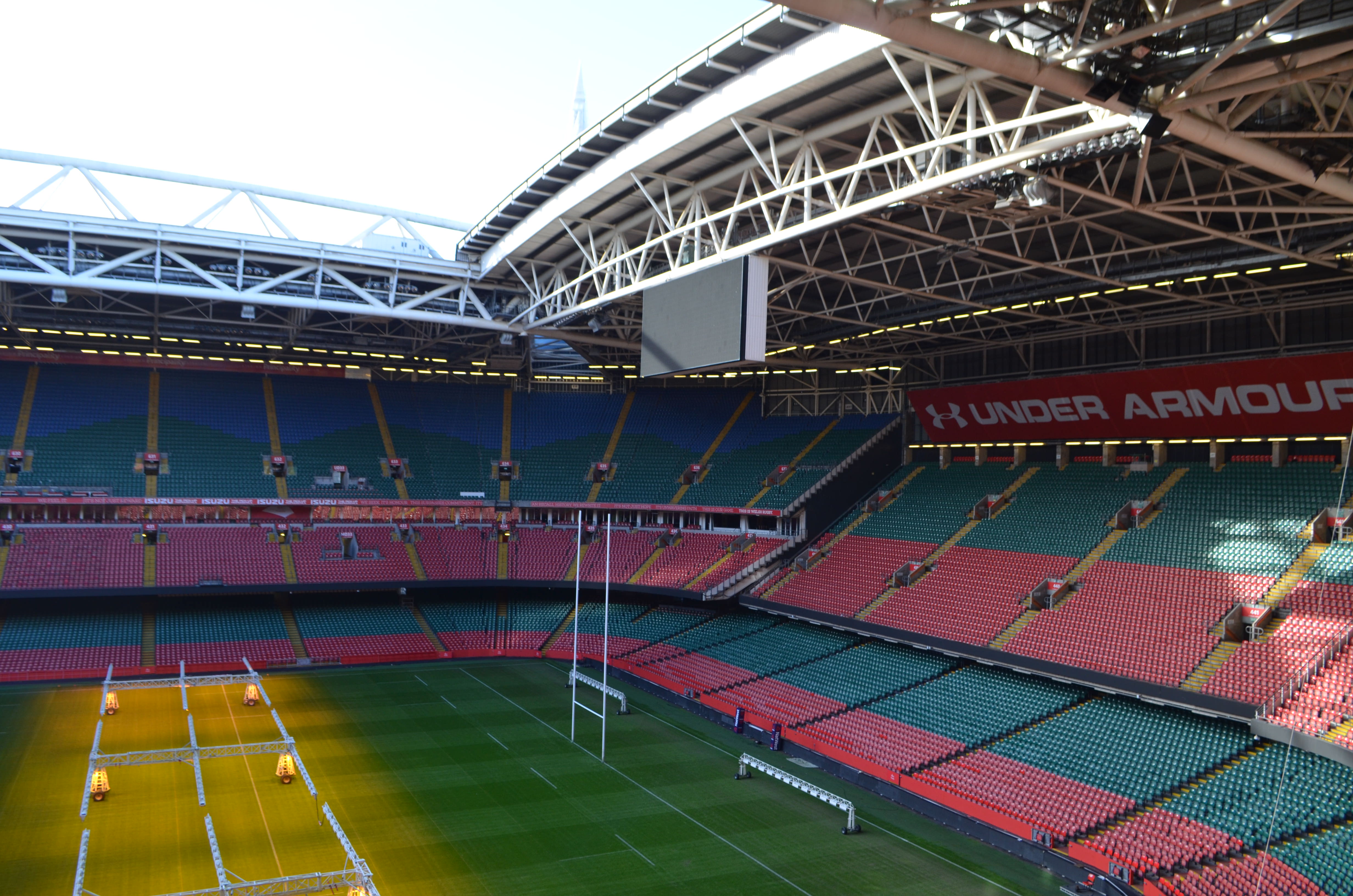 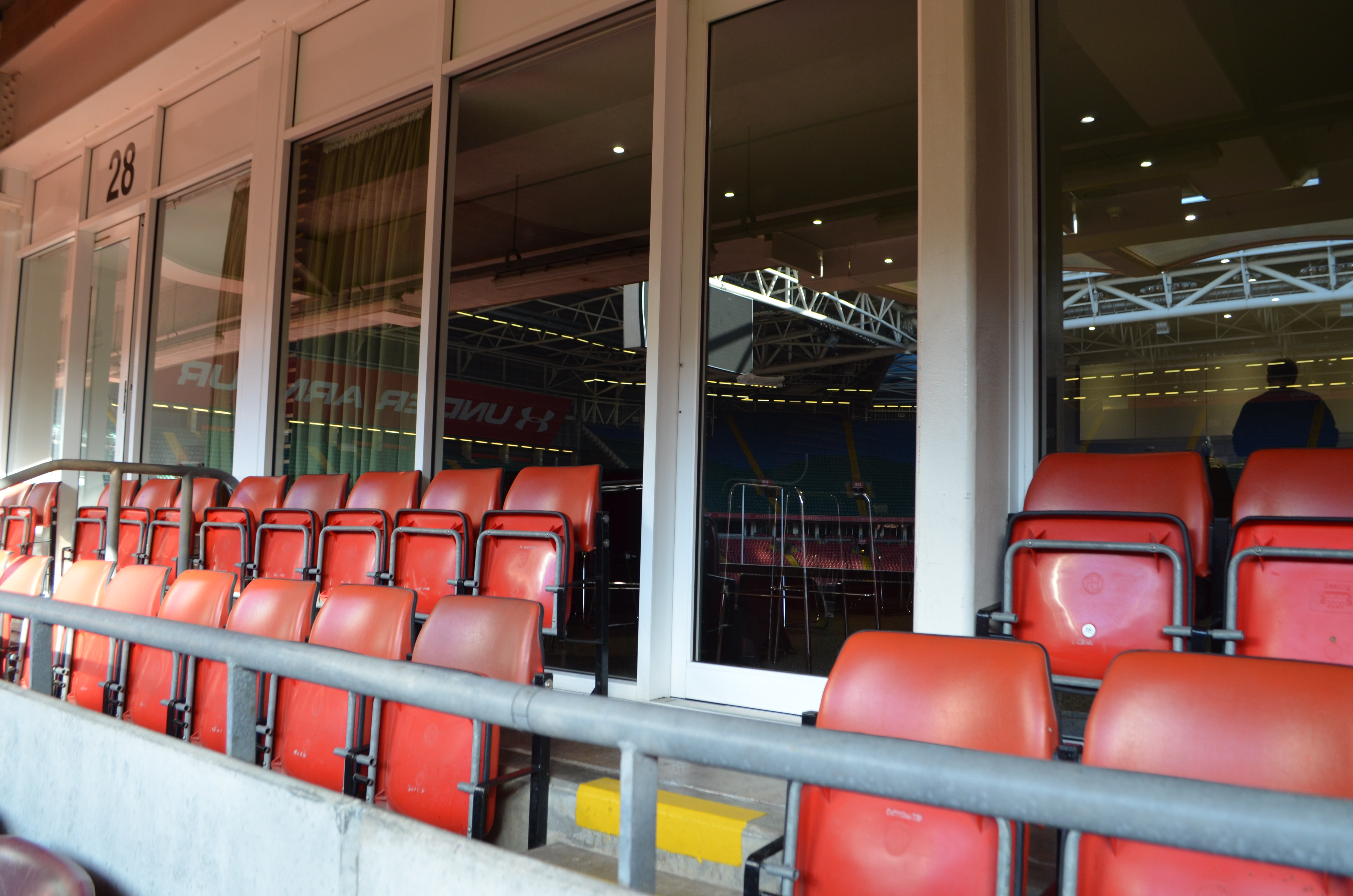 We went up to the top tiers for the view and also to have a sneak peek inside the “presidential box” where the seats are all cushioned and covered to to protect not against the rain (there’s a roof for that, obviously), but against beer downpours!

One of the most interesting facts was how much it costs to open and close the roof.  How much d’you reckon?  Give me your best guess in the comments! 😉 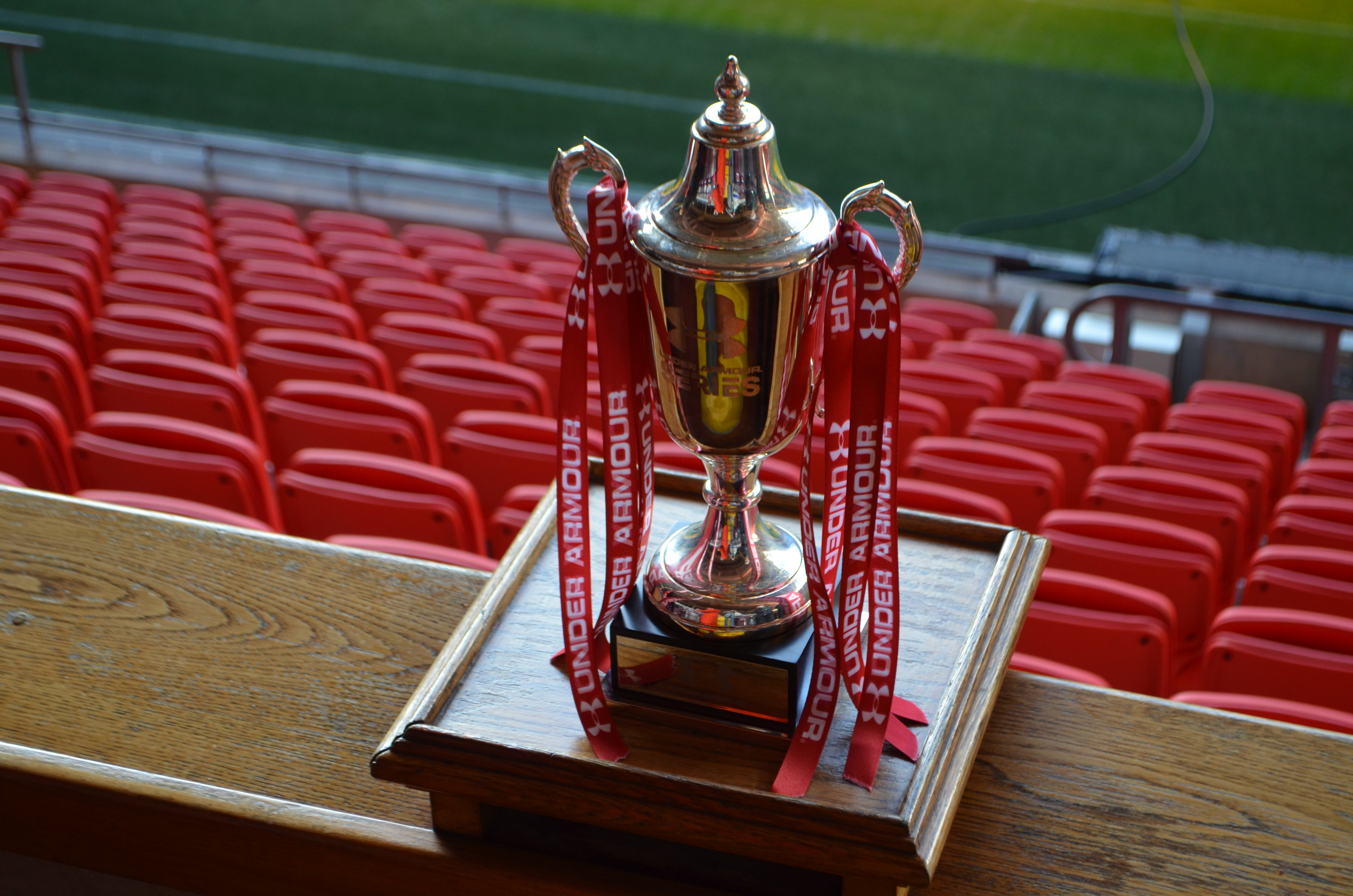 Best of luck to the boys tomorrow – I’ve a feeling Scotland’s got game this year! If you’re interested in taking a tour of the Principality Stadium, you can find everything you need to know to book here.

2 replies on “What I Did: Principality Stadium Tour”

You’re so right, it will always be the Millennium stadium to me, too! I don’t even think I want to know how much it costs to open and close the roof – probably extortionate amounts!

This looks like such a great experience though, I think my boyfriend would love it!

I thought it’d be a crazy amount too but apparently it only costs £3!

It’s definitely something to remember for Christmas and Birthdays – makes a great gift!