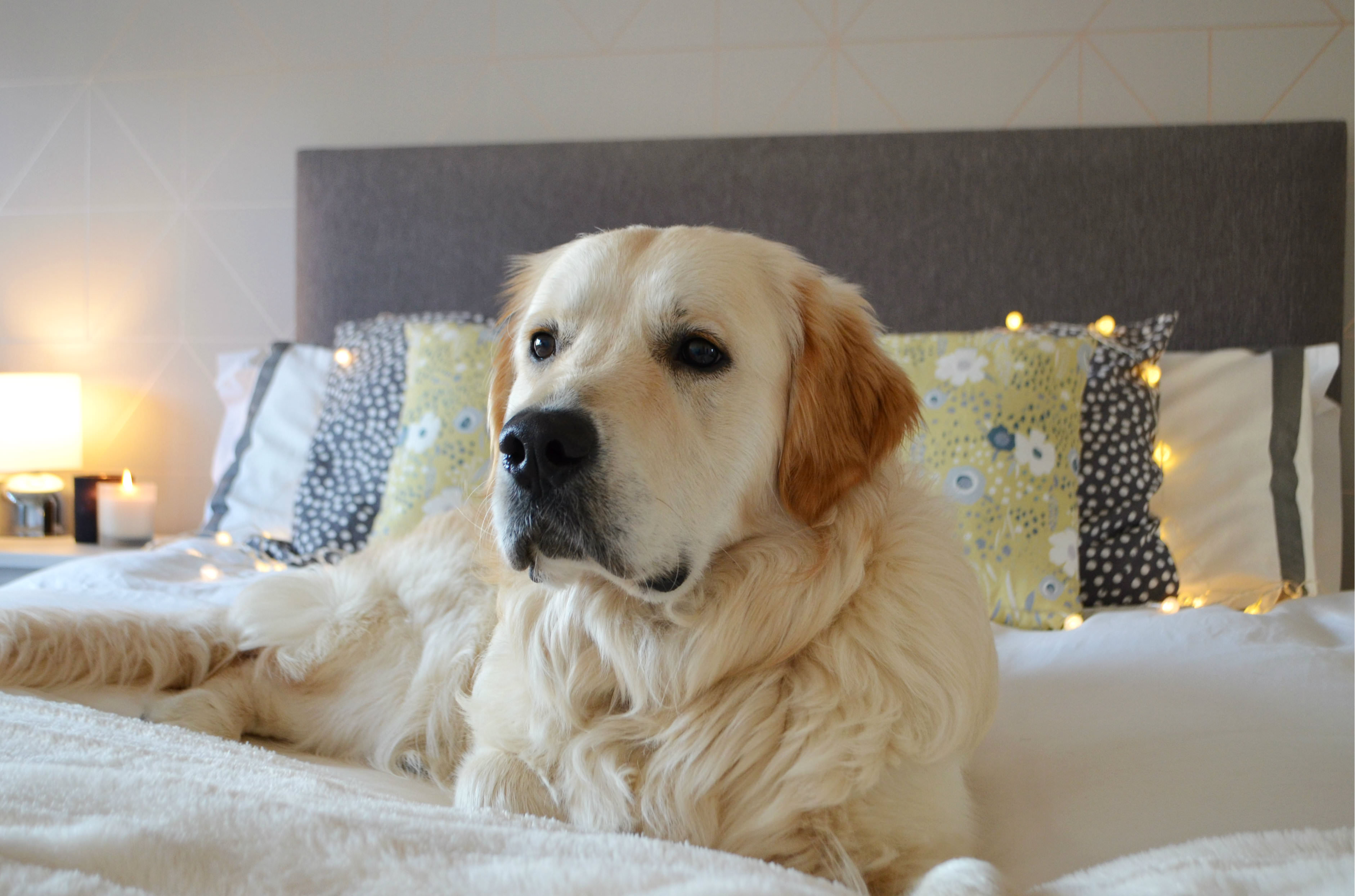 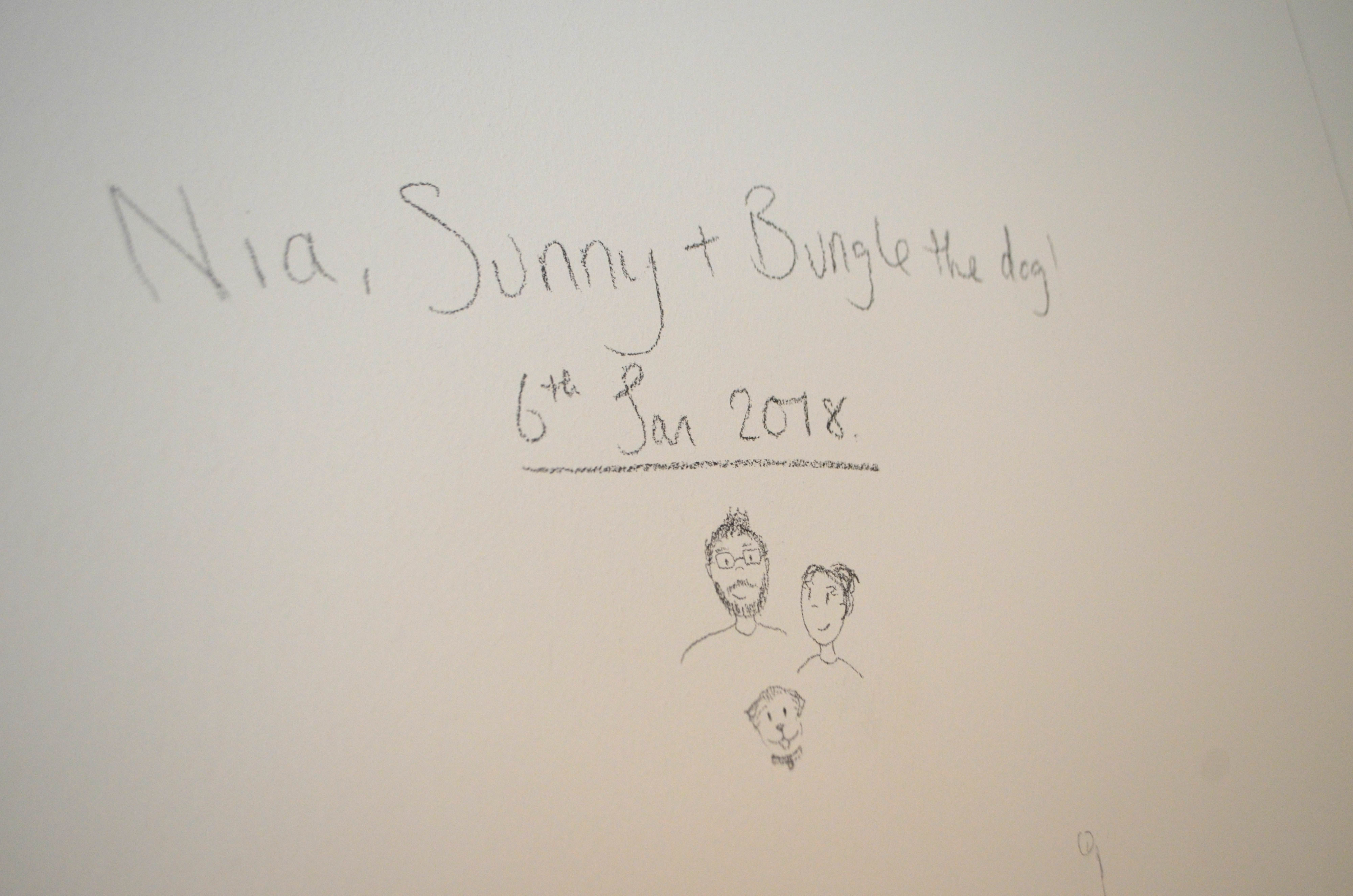 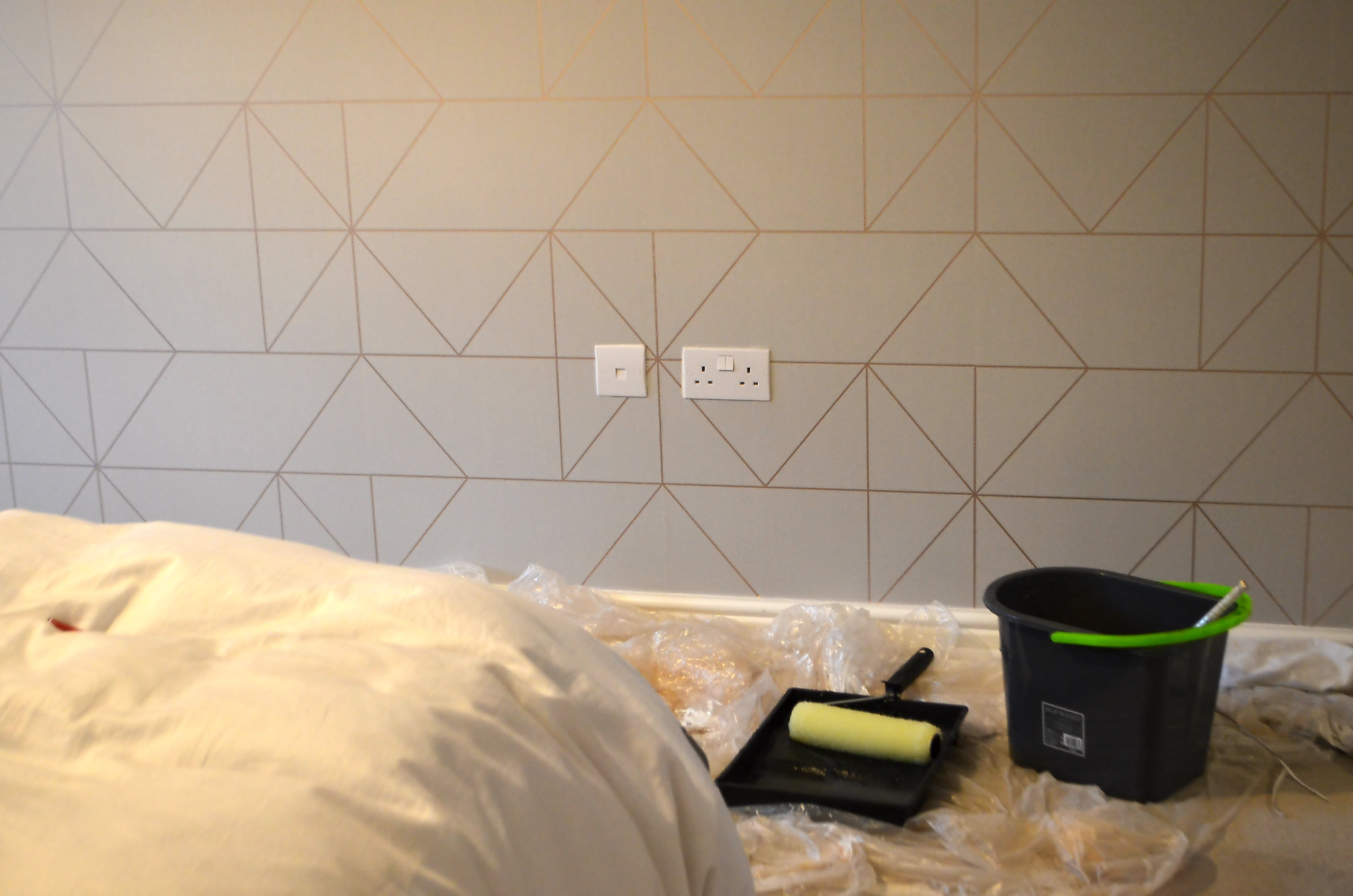 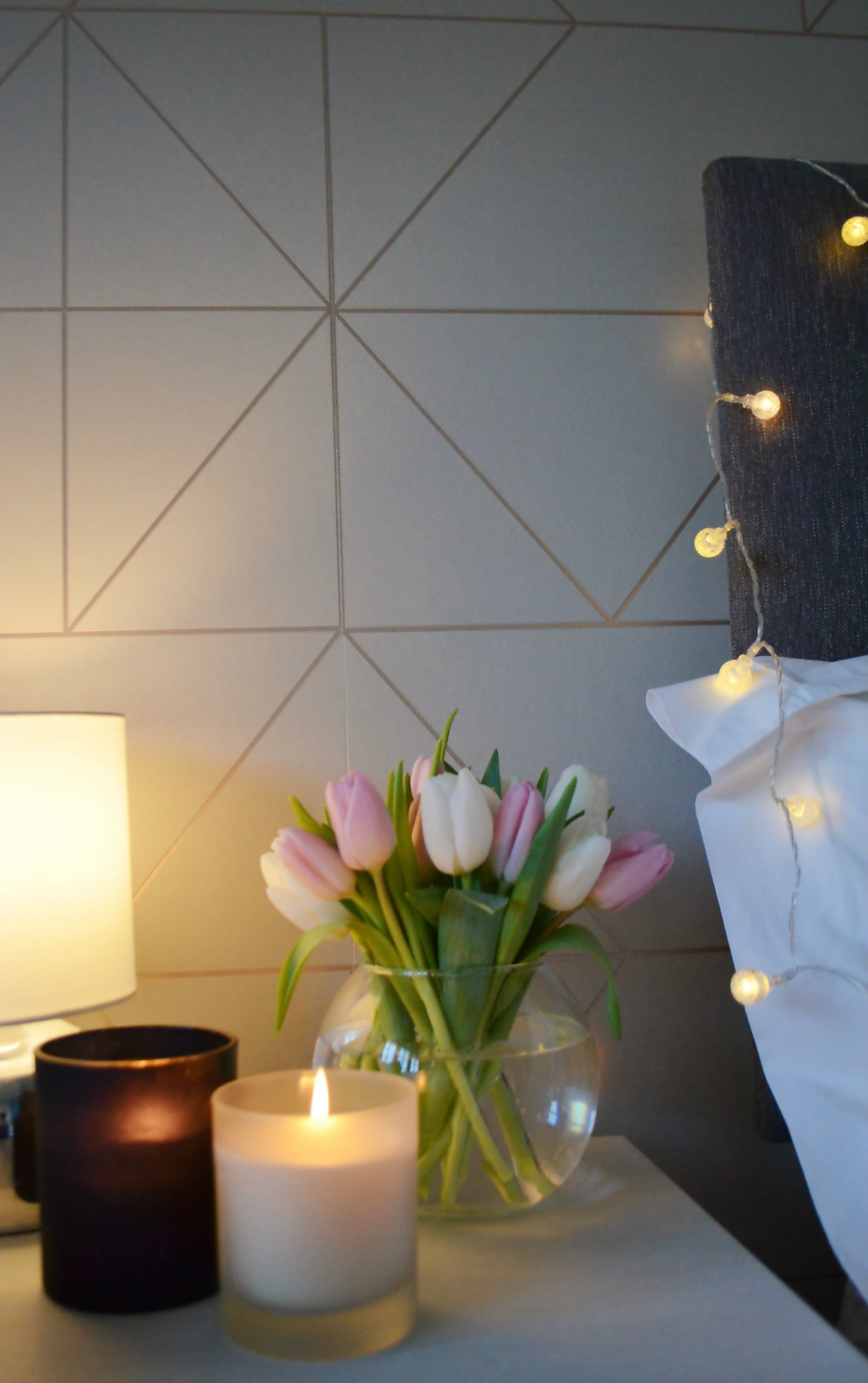 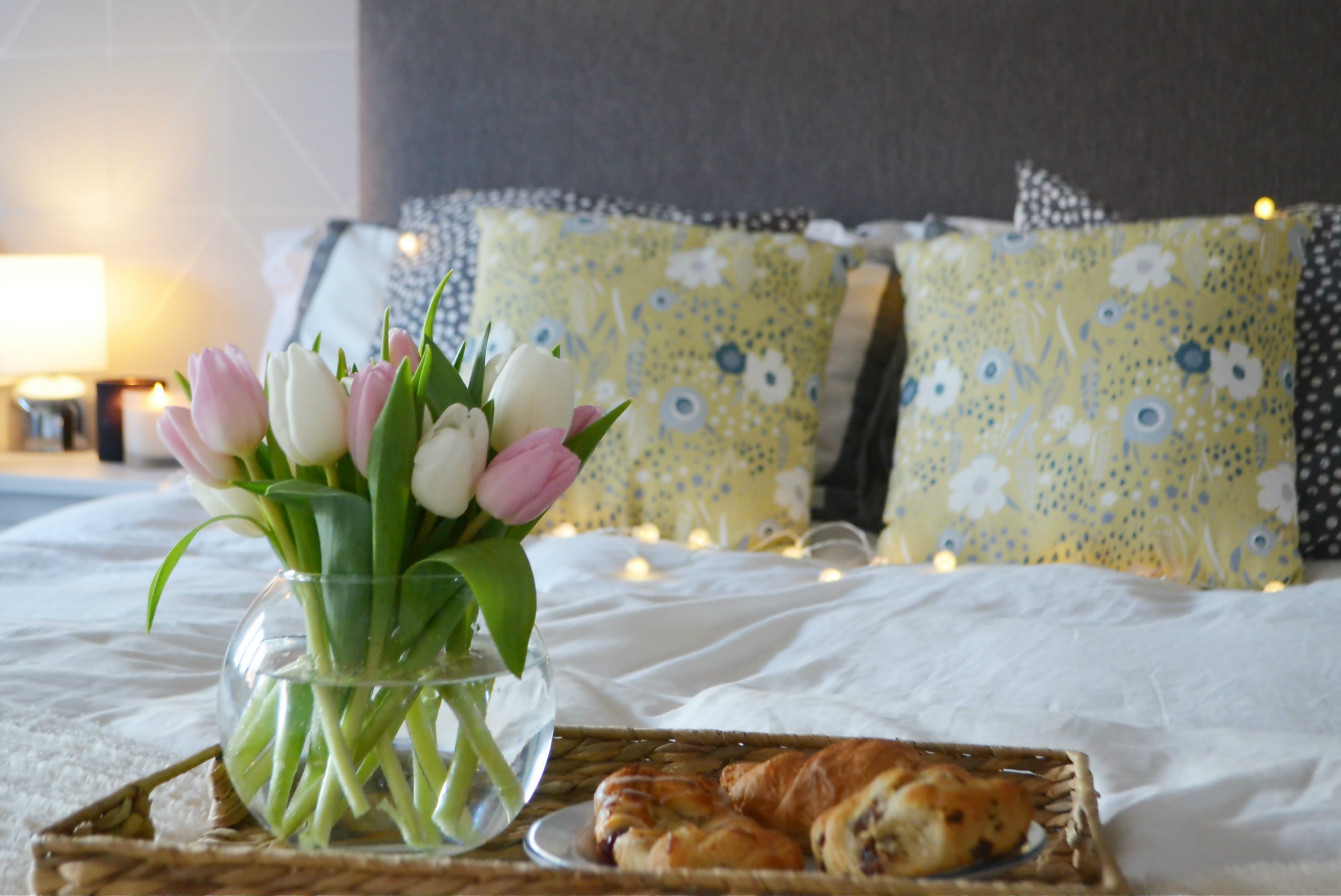 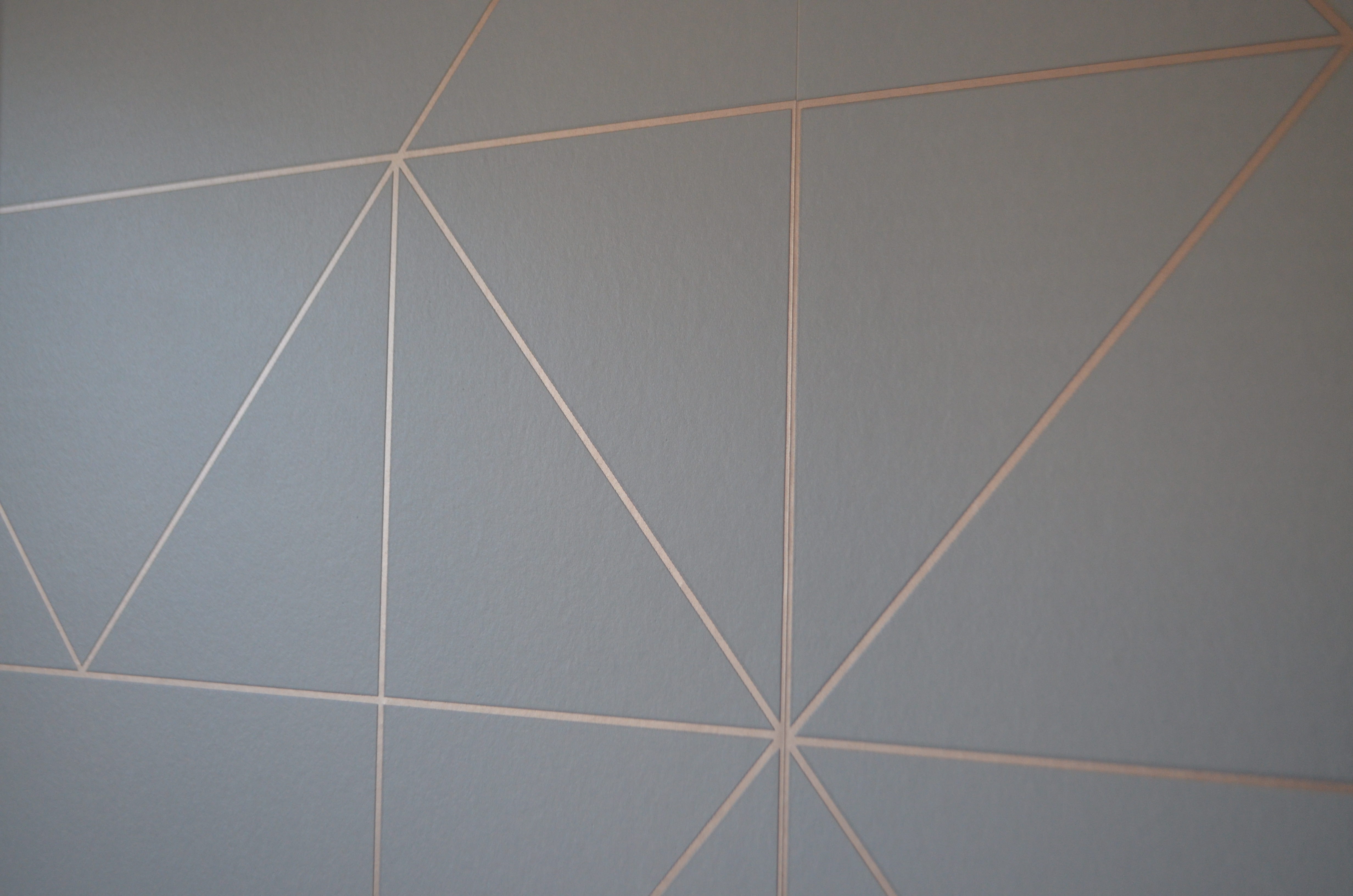 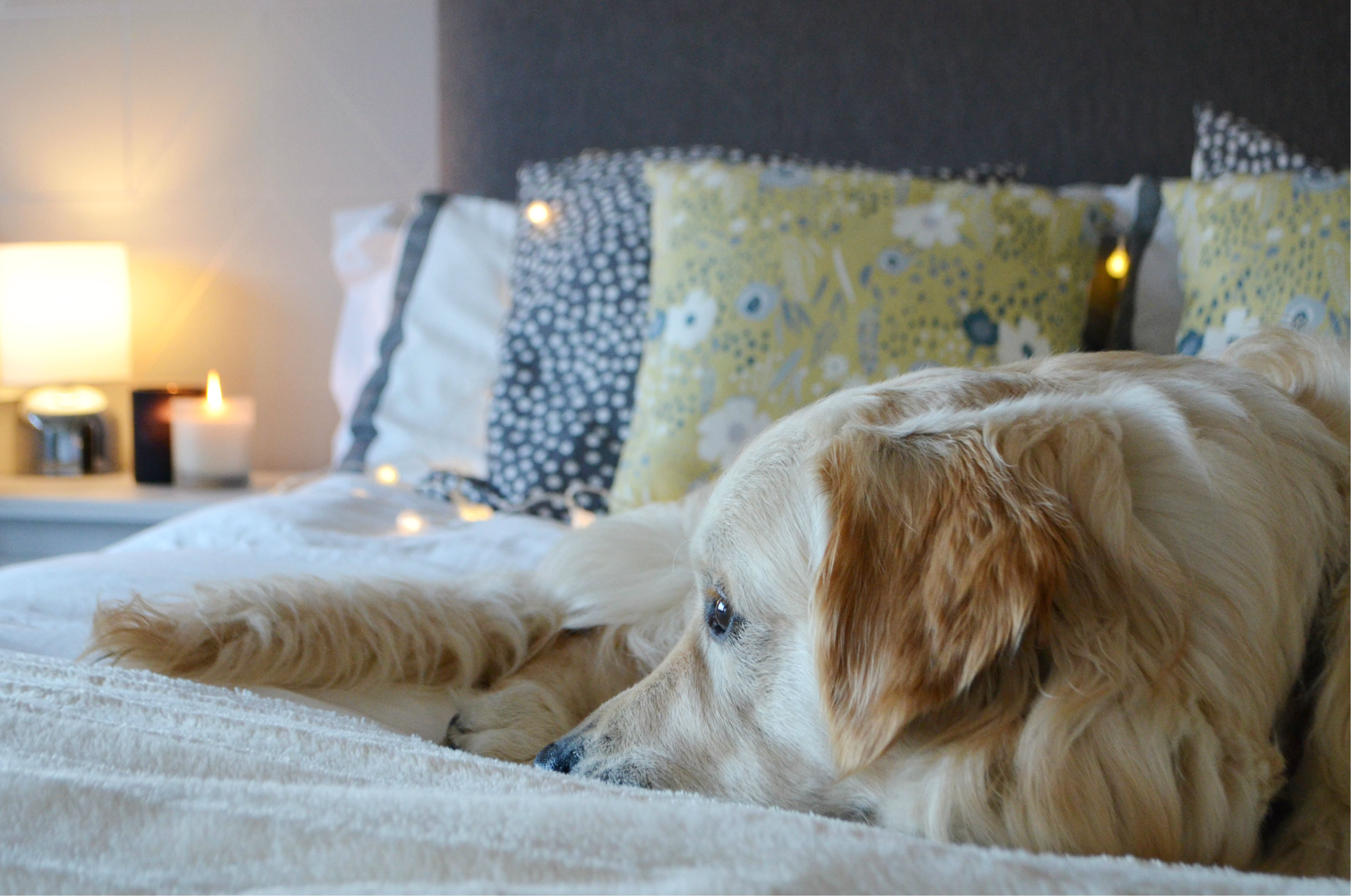 15 replies on “On the Bedroom Wall”

Love the wallpaper. Your pix are always so beautiful!!

We have just put an offer on a house (eeeek!) so we need to start searching for wallpaper and interiors. Homebase look like they have some really gorgeous prints – yours is so nice! xx

Oh my goodness, it is so gorgeous!

Honestly, since seeing your wallpaper on Insta I’ve been DETERMINED to do something similar to our bedroom. I want to keep it white but also try and make it a bit more interesting. Once we get the ceiling sorted (a joyful roof leak) then it is going to happen! x

Oh no! Roof leaks are never fun 😦 They did have a white version of this wallpaper with gold lines that we were originally going to go for, and I think one with silver lines. x

Love the wallpaper Nia! Great find! In fact, it’s giving me ideas for my own bedroom! 🙂

Thanks! I was so unsure before putting it up – but I love it now! 🙂

Definitely a good decision! Wallpaper often looks old fashioned but this is modern and on trend! Great find!

What a lovely post! ❤️ Great photos and brilliant ideas❣️