If you’d just happened to pass by the Swansea branch of Marks and Spencer in circa 2005 and popped in for a coffee, then it might just have been served up by yours truly!  Yep, every Saturday I did a five hour stint behind the bar and during that time must have made at least seventy cups of coffee with the clunky old barista machine, barely coming up for air (I mean, some nights I’d pour coffee in my sleep!).  But, I’m a tea-drinker through and though, and despite calling myself a Barista at the time, the truth is that I knew very little about coffee or the process I went through every time I ground the beans, whacked in the filter and steamed up some milk.  So, when 200 Degrees invited me along to try out their three hour Basic Barista Course, I was curious to put my Barista skills to the test… 🙂 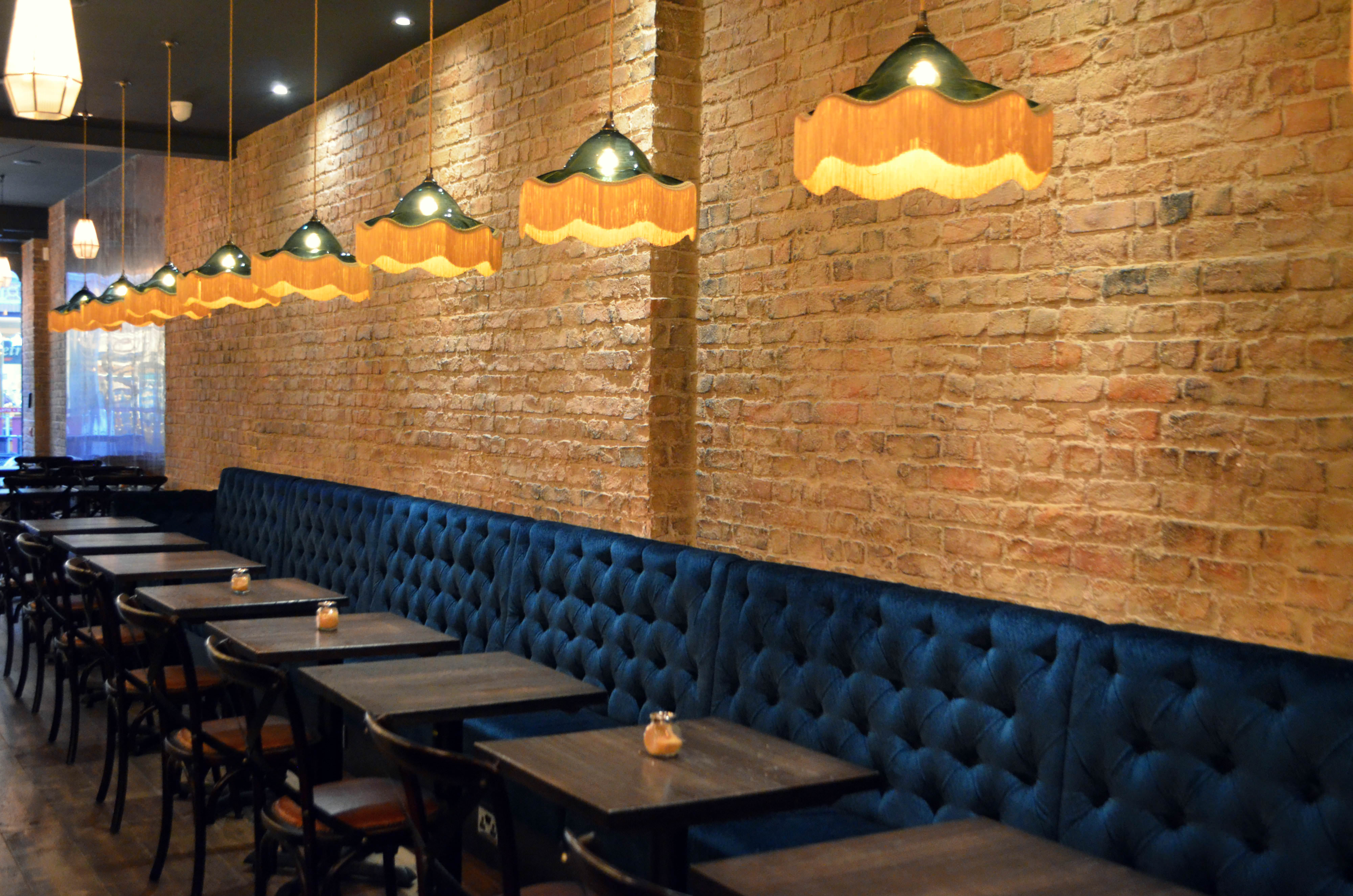 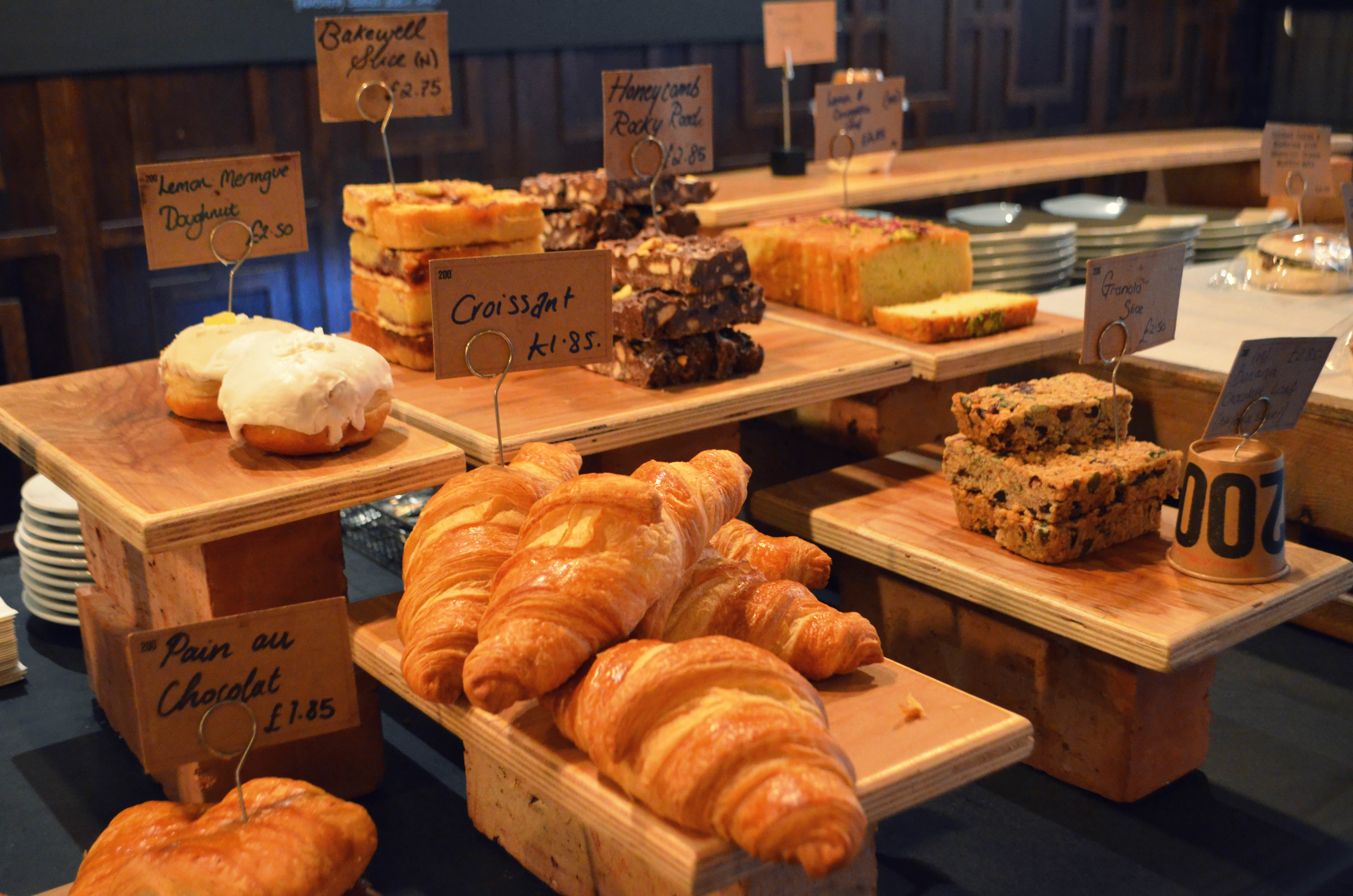 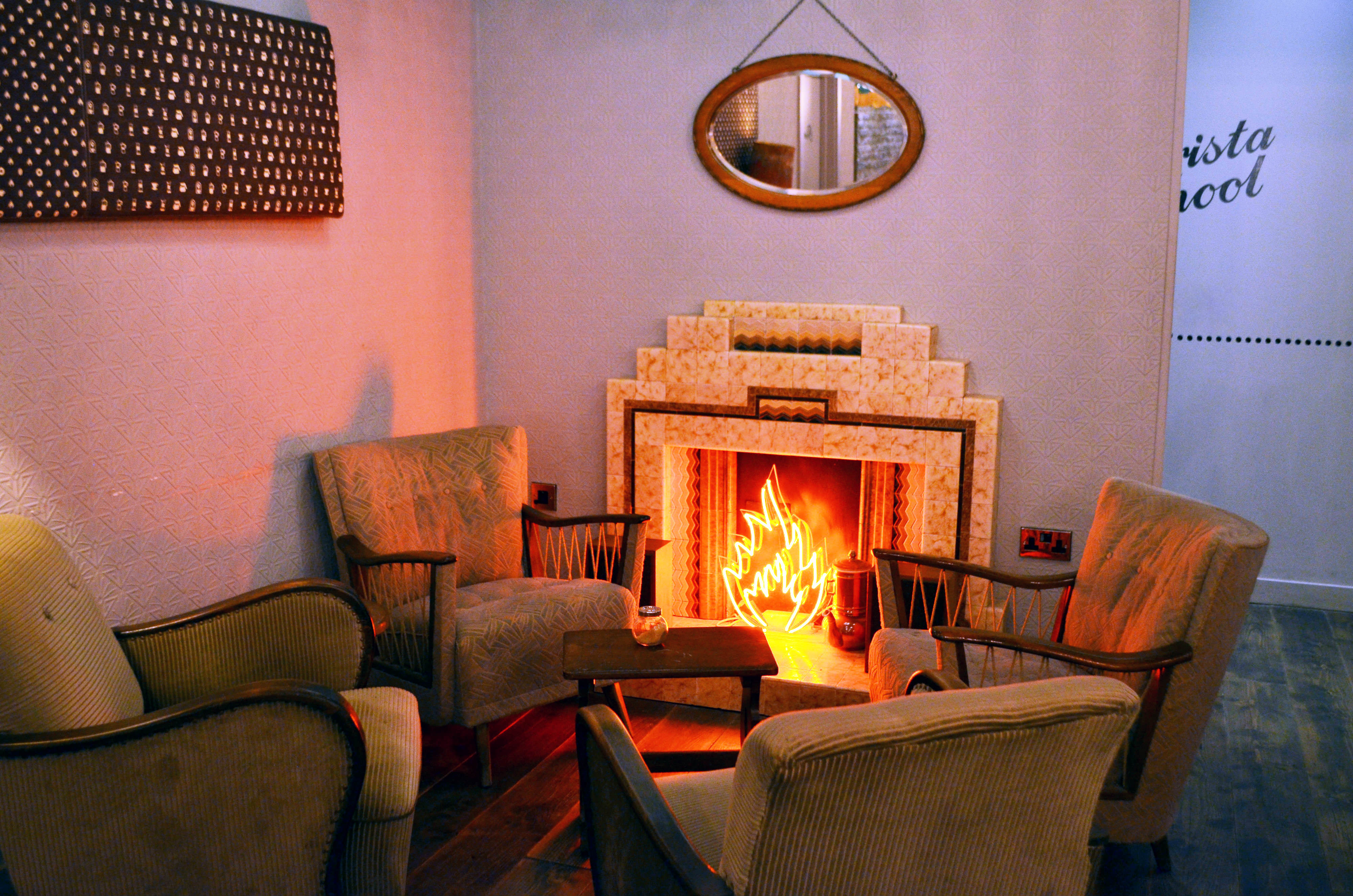 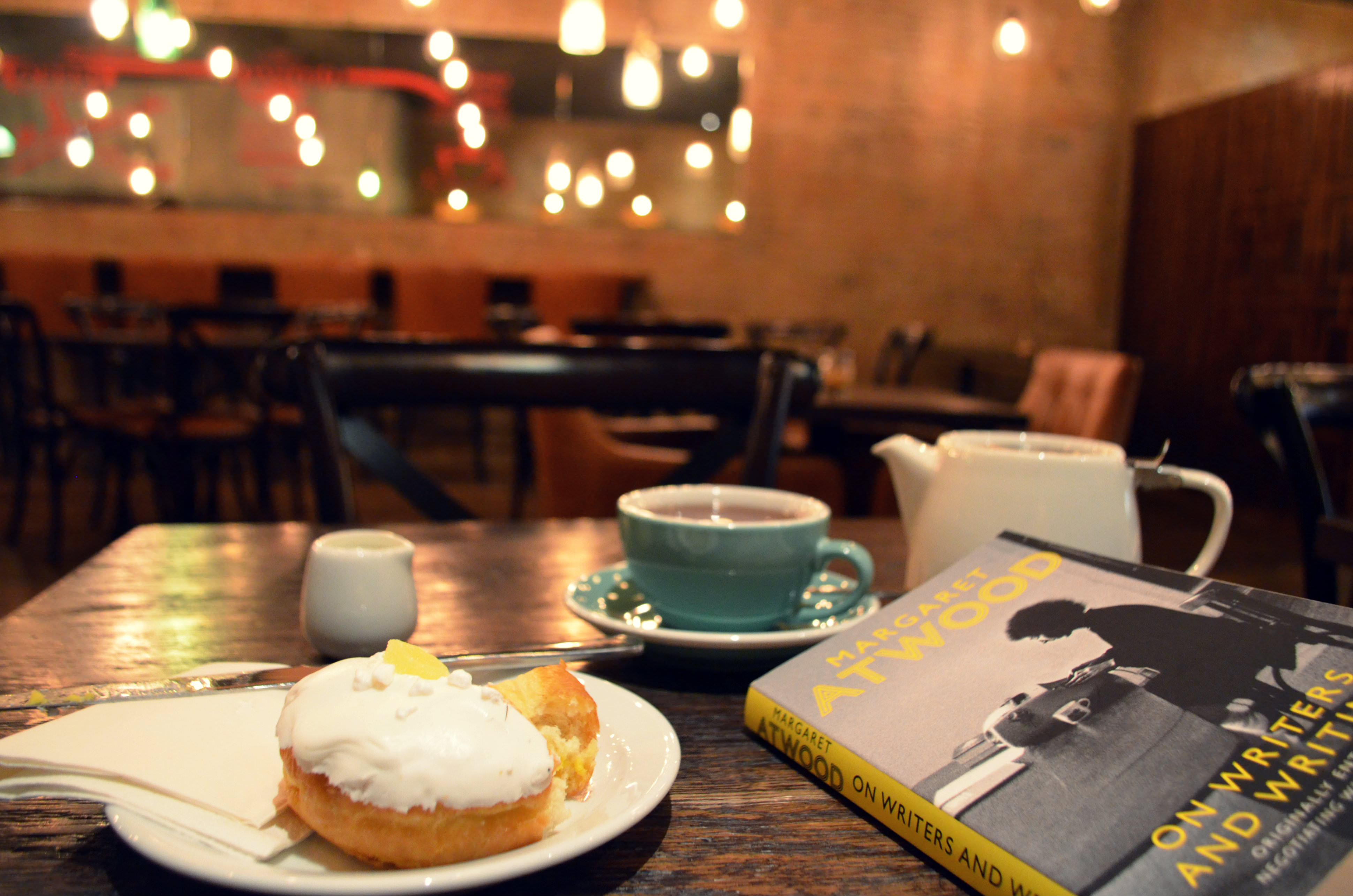 Before the metaphorical bell for Barista School rang, I cwtched up in the corner of 200 Degrees with a hot cup of tea (sorry!), some breakfast (a lemon meringue donut… oh sweet lord, my two favourite desserts all rolled into one…!) and a book.  There are so many coffee shops around the Capitol end of Queen Street now, but 200 Degrees definitely takes the award for the cosiest.  It’s roomy, but homely – and reminds me a little bit of an old French bar, with its blue velvet, pin-tucked benches, dark wood and swirling calligraphy. 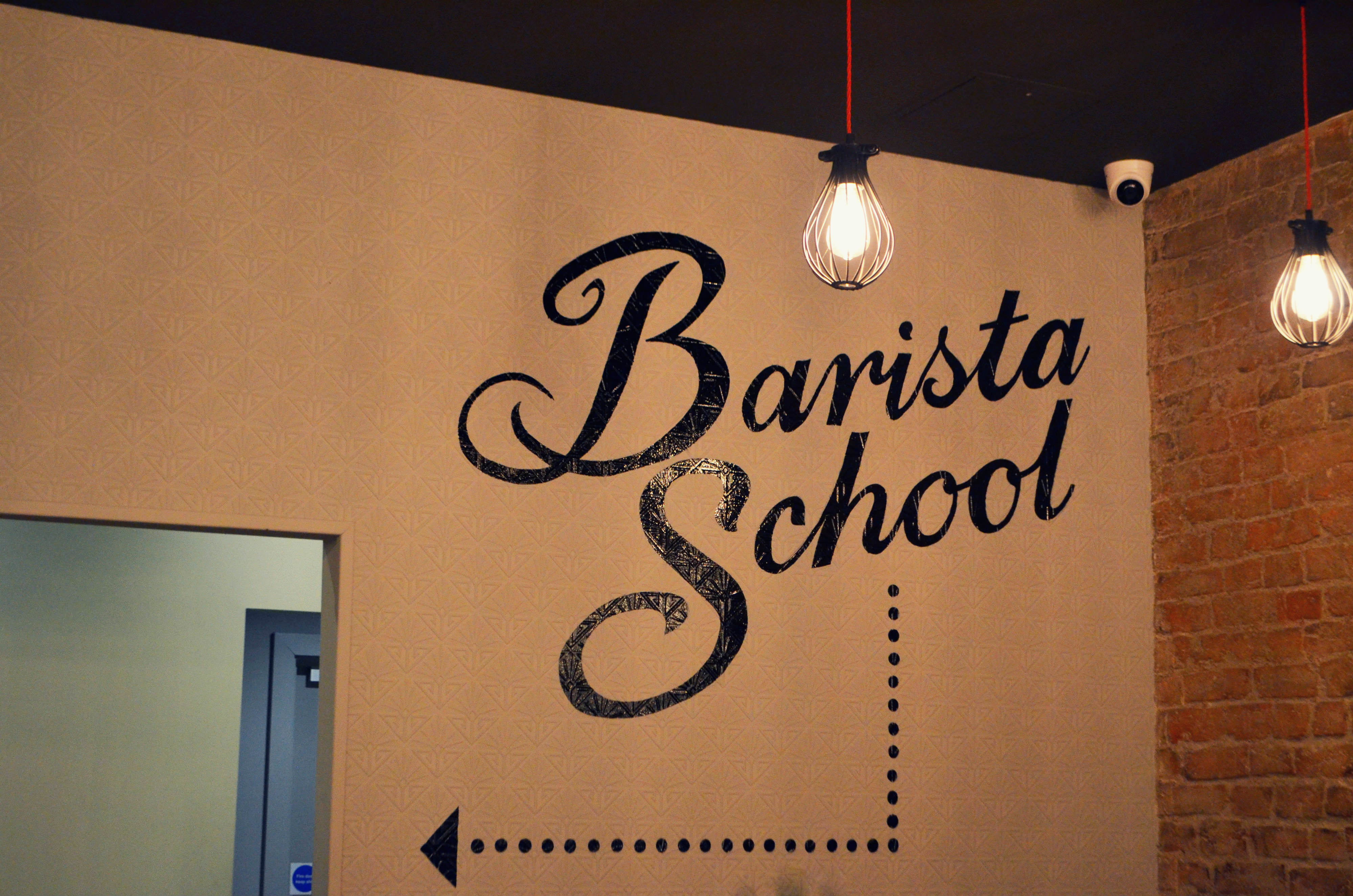 Then at nine o’clock, school was in session; Joe collected me and my classmates from downstairs, and took us upstairs to the Barista School.  200 Degrees run four different courses altogether, but – with more and more people buying Barista Machines for their homes – the Basic Barista is aimed at coffee enthusiasts who want to boost their knowledge and skills when it comes to brewing up the perfect cup (…and also for tea drinkers who know nothing, like me!).

We started off by looking at the different cups of coffee – clearing up the differences between the Americano and the Cortado, and Espressos and Macciatos, and the rules that go into making each – and then we learned some facts about the origins of coffee, where it’s grown and its place in the world today – like, did you know that 1.6 billion cups of coffee are consumed worldwide every day?

Next we learned about how coffee cherries are grown, the different types of bean, and the process that takes them from tree to cup!  I had absolutely no idea about how much affects the taste of the different coffee beans – from the altitude at which they’re grown (high altitude coffee is stronger due to the lack of oxygen), and the other plants growing around them, to the process by which they’re picked and then dried (cherries that are hand picked and naturally dried have a much sweeter, better taste than cherries that are harvested by machine and washed).  So much hard work goes into making good coffee; by both the people who grow it, and the baristas who serve it.  There are so many stages along the chain where the flavour can change. 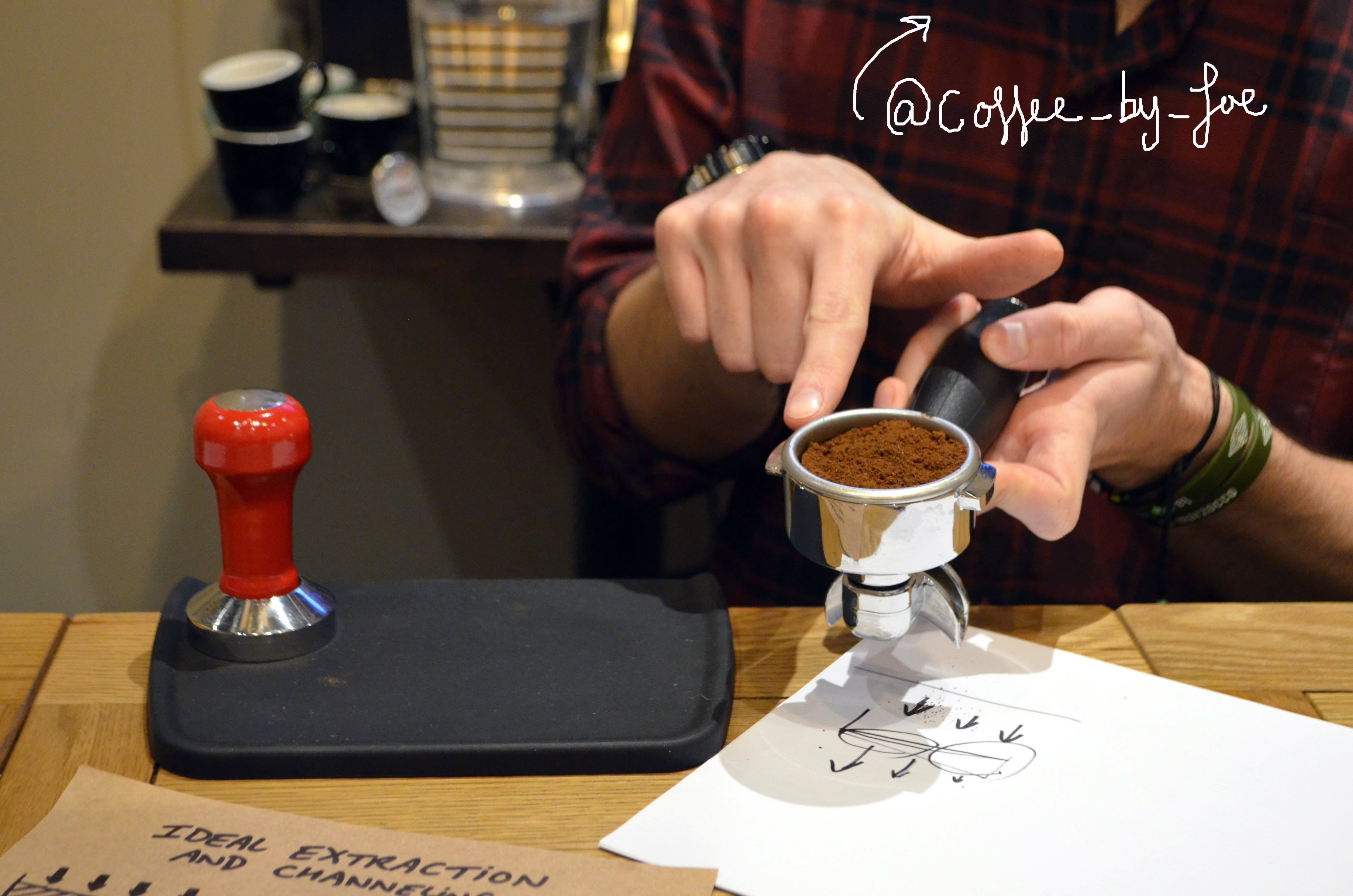 Onto the science-y bit!  Joe taught us all about the art and science of the espresso; how to use the machine to extract the perfect espresso.  As someone who’s never drank a cup of espresso, the most interesting bit for me was when he made something called a Salami Shot.  One whole shot of espresso is brewed for 30 seconds in total – so what Joe did was to split that one cup into six cups of 5 seconds each, which we then tasted.  This is designed to show the different levels of extraction that go into one perfect shot, and how the taste changes for every five seconds of brew-time; from the first under-extracted cup (way too salty!), to the final, over-extracted cup (way too bitter!).  These six variations in flavour all fit in to one cup of espresso. 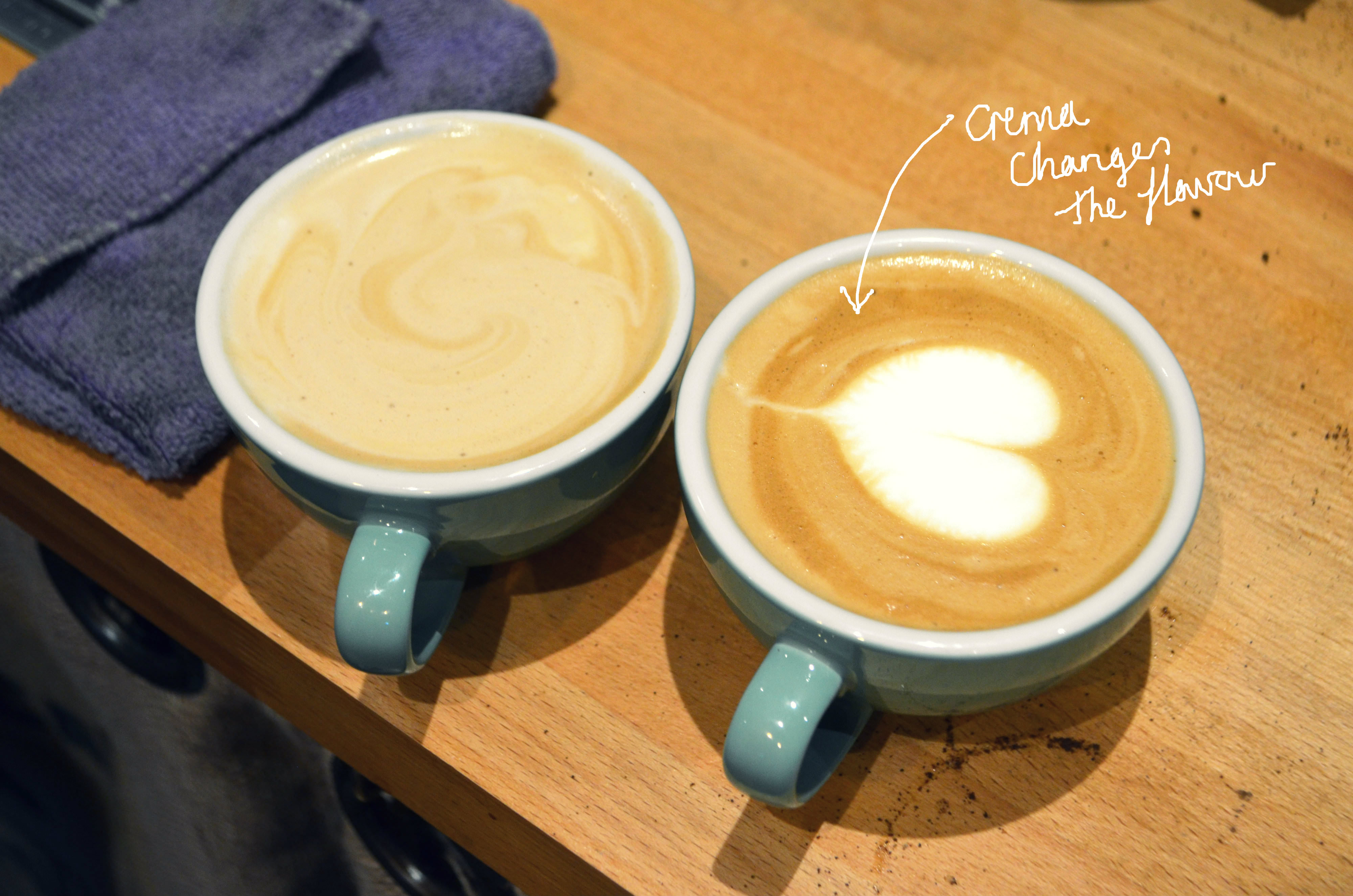 Next we learned all about steaming and texturing milk to create latte art, and found out the cold hard truth that latte art doesn’t make for the best-tasting cup of coffee, because having to drink through the “crema” (the foamy bit that sits on top of the shot) changes the flavour.  While it looks pretty, what you should do is stir (ruin the design!) before you drink for a creamier-tasting cup. 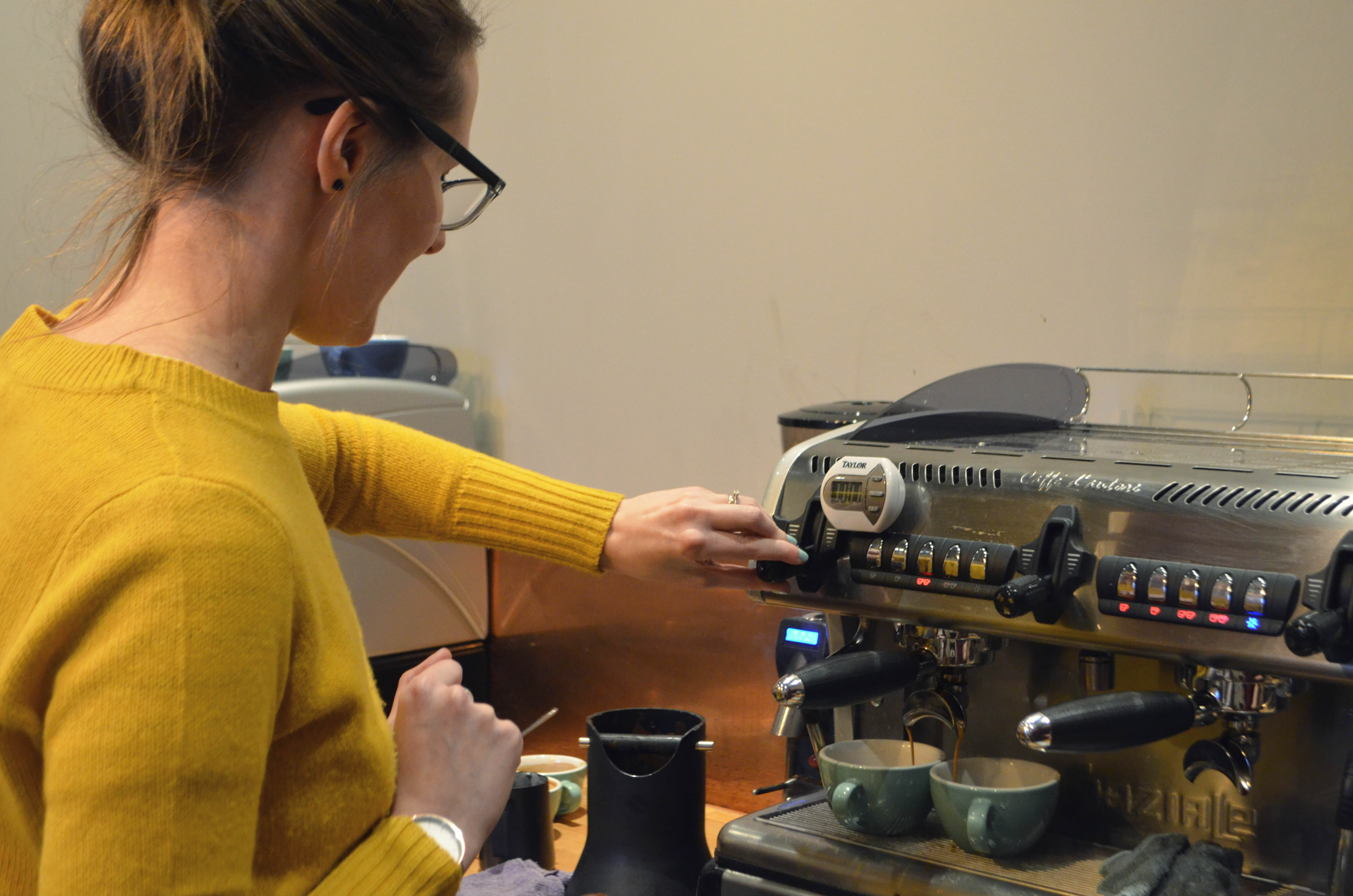 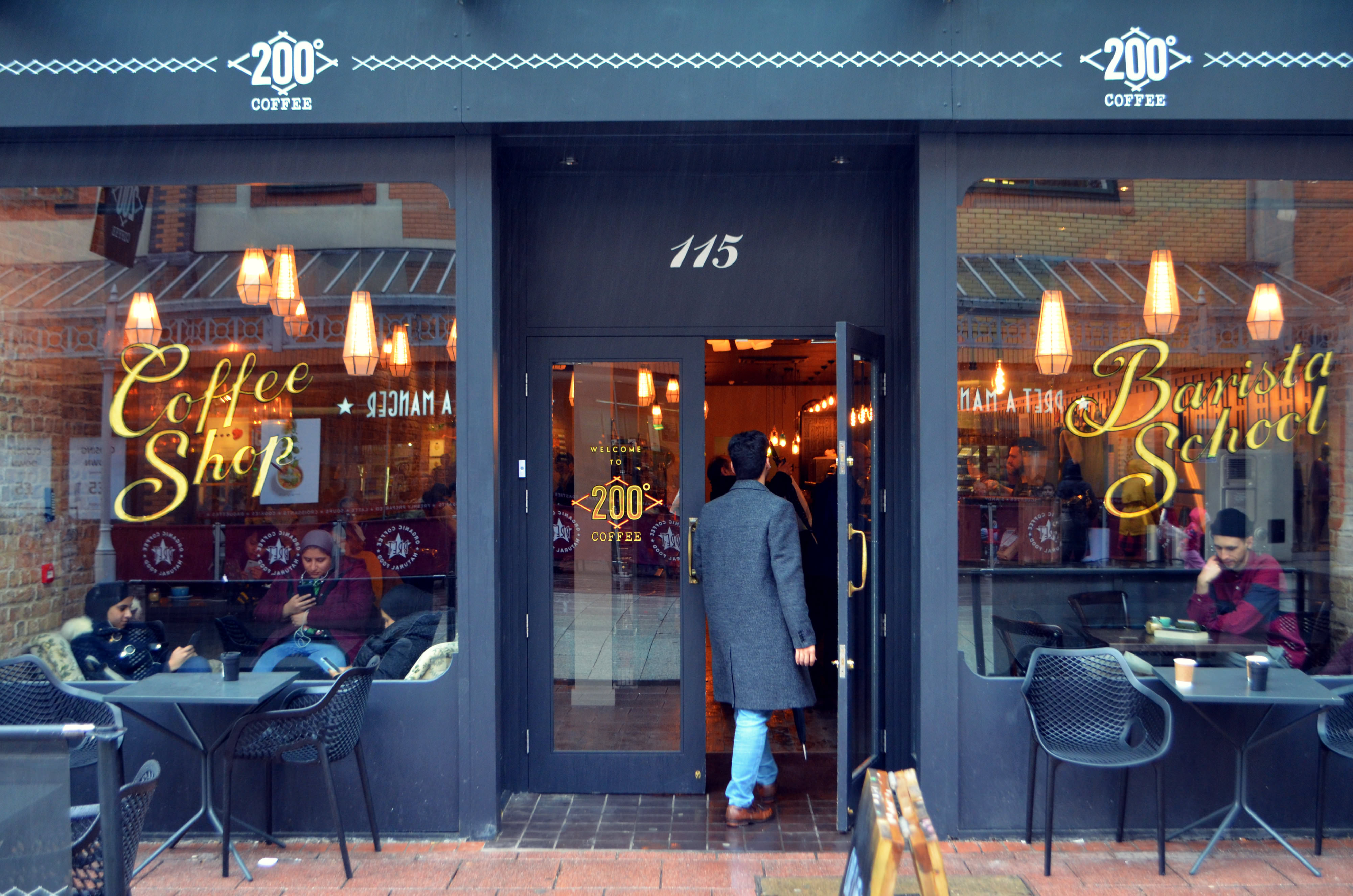 I had such a great time and found it all so, so interesting!  And I even have a little certificate to show that I’m a bonafide Barista.  I suppose the million dollar question is whether I’m now a coffee drinker instead of a tea drinker.  Well… alas, I’m still a confirmed old tea swigger, but I’m definitely more open to having a sip of the occasional good cup of coffee! 😉

If you’re interested in trying out Barista School then you can find more information here.  Definitely worth checking out if you’re a bean-freak – or even if you’re a tea drinker like me and want to learn a little bit more about what goes in to the perfect cup of coffee! ☕

It was so interesting! Would definitely recommend 🙂

I’d love to learn how to make proper coffee!

It was a really interesting course – I think they do them around the country too, not just in Cardiff 🙂

What a gorgeous coffee shop!