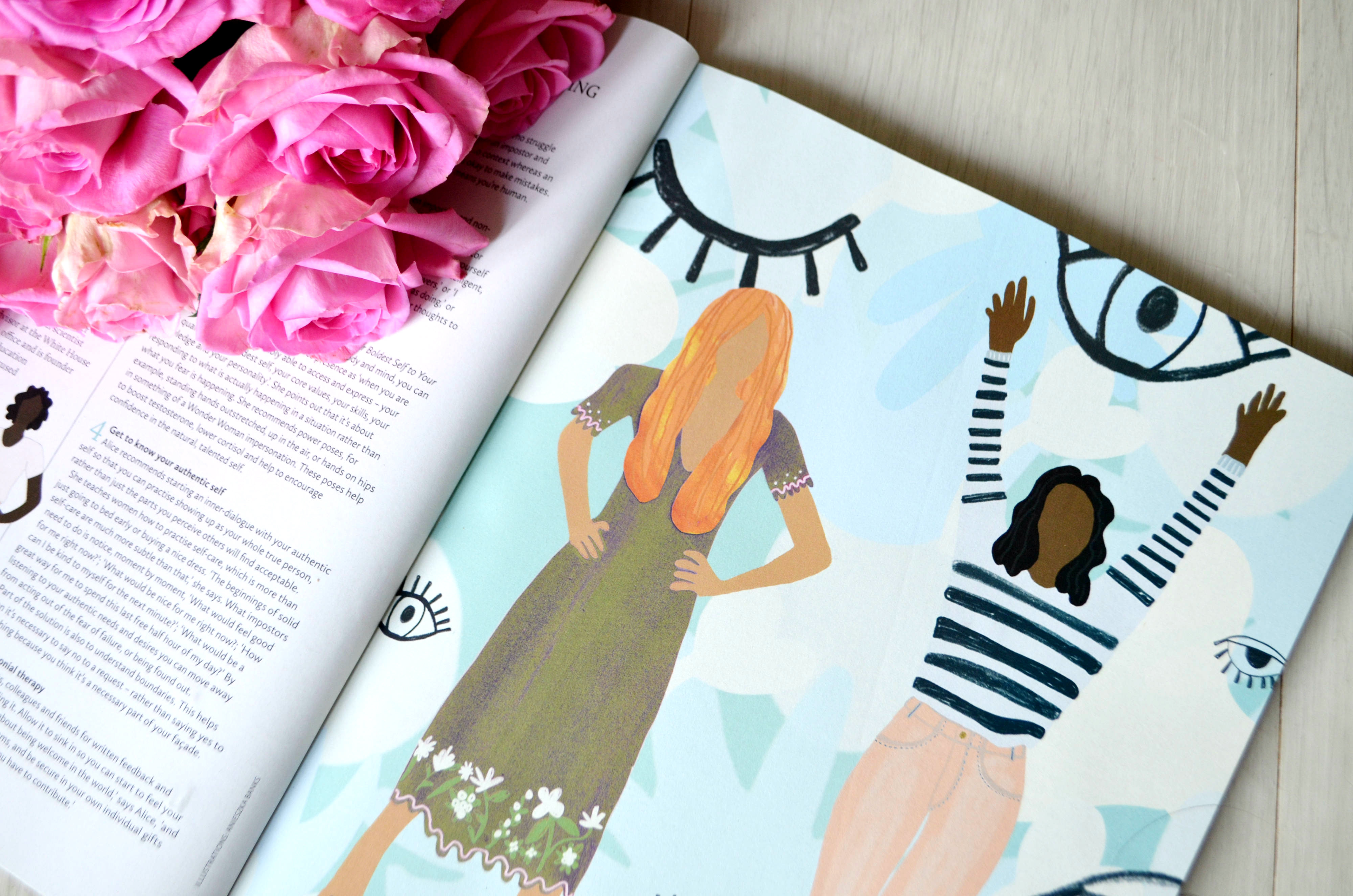 Happy #InternationalWomen’sDay, which is probably my favourite day to skim social media, because today between the ads, the clickbait, and Trump’s mis-tweets there are so many stories of amazing, strong, fearless women.  We got this!

Me?  I’m not sure if I’m strong and fearless, in fact, I can think of more times when I’ve been the exact opposite.  But, I’m almost certain that during those weak and fearful moments, 9 times out of 10, I’ve been picked back up by womankind.  So, let’s raise a glass (or a mug, in my case!) to the women who scoop up other women and help them to stand tall again.  Here’s to them and their small acts of heroism.

…my Aunt, who tells the most amazing stories, has travelled the world (sometimes even on her own) and is absolutely determined to learn how to use her computer.

…Brown Owl, for letting me phone home as many times as I wanted on Brownie Pack Holiday when I got homesick, but also for absolutely refusing to let me go home under any circumstances!  Would I have ever gone to University or moved to London if I hadn’t survived that week away from home?  Who knows.

…the “Swot Brigade”, I mean sure, it took us about a month longer than everyone else to work out that we could roll our skirts instead of just wearing them down to our ankles (the fashionable midi skirt wouldn’t come into fashion for at least another ten years), but  hey, we were our own brand of cool and stuck up for each other all through High School.

…the Bishop Girls of 2001, who decided that it was high time that girls were allowed to choose whether to wear skirts or trousers to school.  It was my first experience of feminist protest and we won!

…my Mother-in-Law, for losing months of sleep working on a case against the local health board whose negligence killed your mother, and for helping make my big move to London so much easier than I thought it was going to be.  Oh, and for cooking Aloo Gobi just because you know it’s my favourite 😉 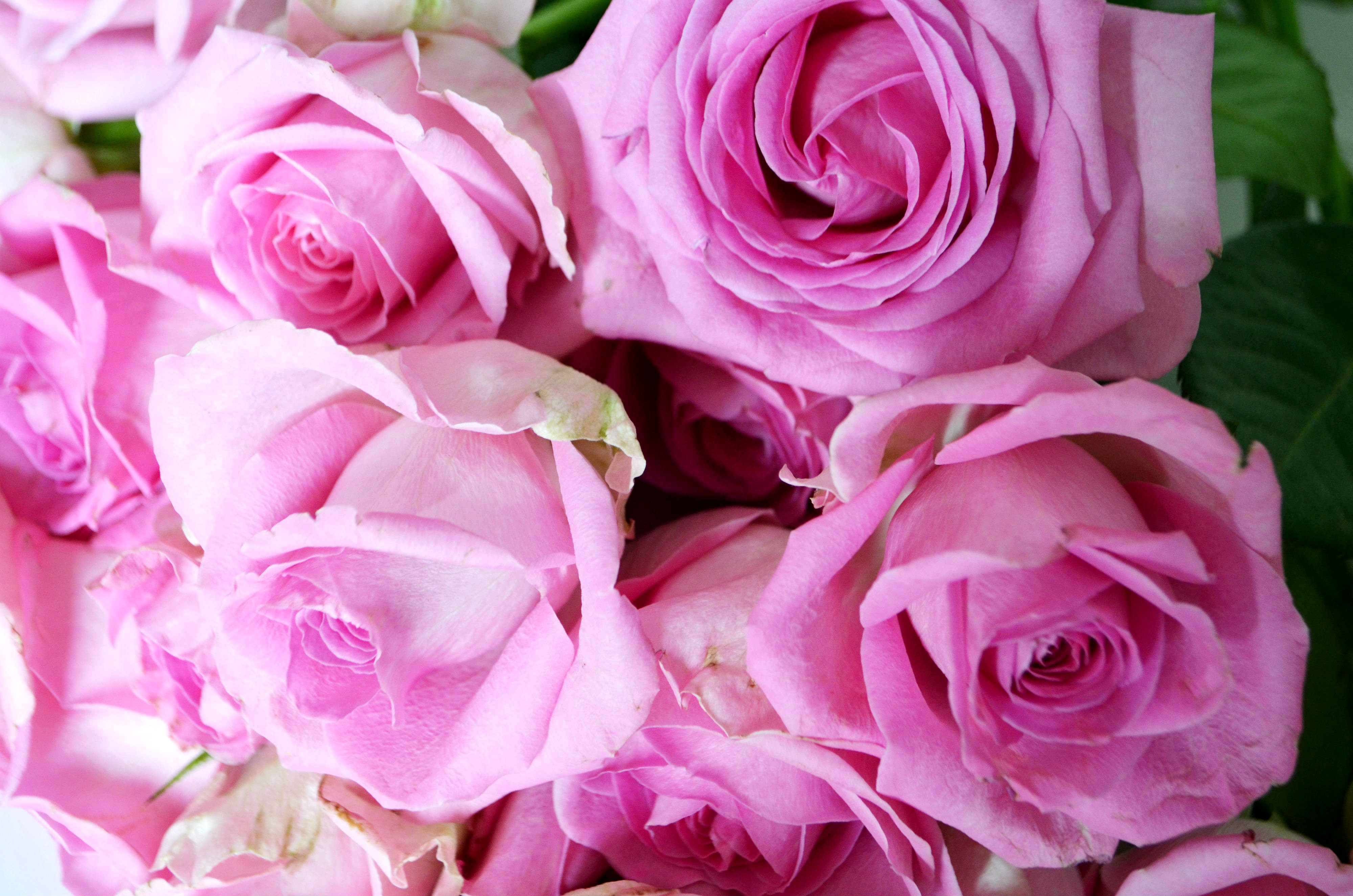 …Rach, who bought me Chicken McNuggets at the end of the second year when I had no money left (of my overdraft) and was bawling my eyes out because I’d just said goodbye to my future husband for a whole year.  For telling me that she always looked forward to my Night Out Debriefing MSN Blog Posts and Photographs.  For teaching me that when Easyjet batters your luggage beyond recognition that you’ve got a right to storm up to their desk at the airport and demand that they damn well pay for a replacement – and for so, so, so much more. ❤

…the Random Old Lady on the Saturday Morning train from Swansea to Cardiff on the 17th of November 2006, who told me that I had vomit in my hair and offered to get me some water and paracetamol when I emerged from the train toilet in the midst of my first real hangover.  Cheers for that.

…my Year 7 English girls, for being so scary smart (watch out, those girls are going to run the world), for letting me know when my eyeliner was “on fleek”, for teaching me what “on fleek” means, and for that time that I said I wanted to be a writer when I grew up for saying, “Aren’t you already grown up, Miss?”

…Missy, who kicks ass in Westminster every day, never turns up empty-handed and ALWAYS sends a thank you card.  For trying some of my worst culinary creations, including a Kirsch Cake (vom) and a Jelly Baby Cheesecake (diabetes on a plate). She’s the finest lady I know, and the most hilarious drunk.

…my Year 12 Computing Teacher, for being a women who thought computers were cool and for making me feel like a total badass for being one of only two girls in my year to study for an A Level in Computing.  (Oh, and for that time you accidentally told us to “go ahead and shove our floppy dicks into the drive”)

…Nina, for being my first fan. 😉  And all the other blogger babes.  You guys inspire me every single day.

…Is it me or is this slowly turning into my Oscars Best Actress speech…?

…my Mamgu, who instilled in me the importance of spoiling oneself with tea and cake and other sweet things.

…my Year 12 History Teacher, who told me to stop sniffling and get studying when I failed my first AS History paper.  You taught me that it’s okay to fail as long as you don’t give up.  Because of that pep talk, I worked hard and totally aced the resit. 😉

…my Mum, for inadvertently starting my obsession with Women’s History (I know you don’t remember teaching me about Madame de Pompadour when we went to Versailles, but yeah, you did.  That one’s on you!).  For being so brave when Dad was sick.  For having the spirit of adventure whenever we went on holiday and forcing me to try everything – no one has the “when in Rome” spirit quite like you do.  For insisting we stop and take a photograph ALL THE TIME.  For introducing me to eye-makeup remover (I’m so sorry I ruined so many of your towels growing up!), and for teaching me how to make the perfect Victoria Sponge… and then for not complaining when I decided to ruin it by experimenting with it.  For encouraging my car-singing (“I should be so lucky” – you, not so much for having to listen to it over and over again!).  For not being afraid to laugh loudly on a quiet airplane in the middle of the night.  And everything else.

Here’s to the Women.  Which women are you raising your mug to today?  ♀️

3 replies on “Here’s To the Women”

What an amazing blog post … you have so many inspirational and kind hearted people in your life you are super lucky, lucky, lucky ;p to have.

Just read this 😊, so lovely. Can’t believe you even mentioned me…and my drunkenness! I think you deserve to be top of the list yourself pretty lady!! Xx