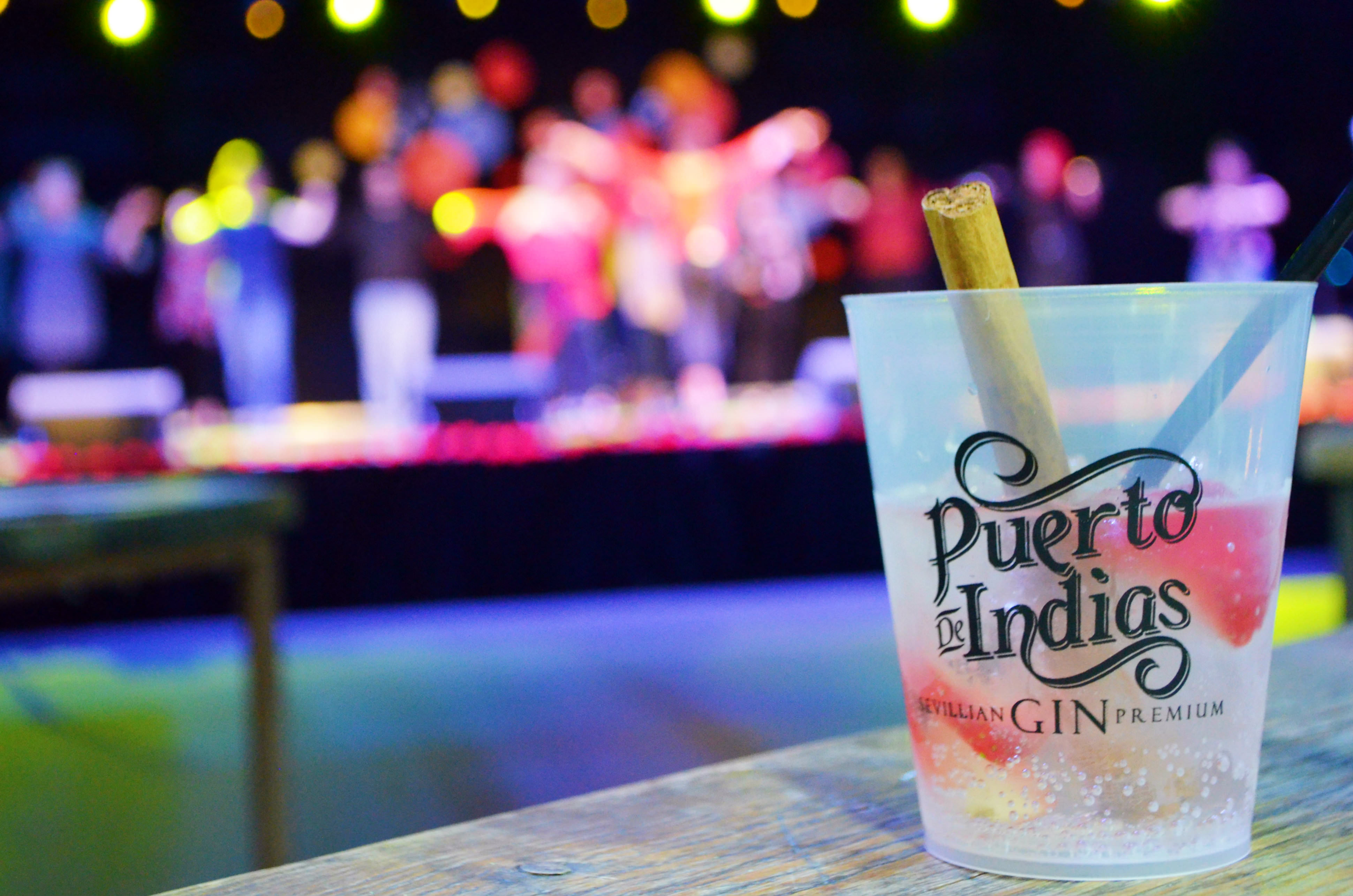 Well, while the weather over the weekend was more murky than Mediterranean here in Cardiff (it was absolutely freezing when I went out to walk the dog this morning!), it didn’t stop us from at least pretending that we were in Spain.  On Saturday Sunny and I popped down to Tramshed for its annual Spanish Fiesta – April Feria – a whole day celebrating Spanish music, dancing, and – more importantly – foooooood.  I suppose it’s Cardiff’s nod to the famous Feria De Abril in Seville which lasts for six whole days every year around this time – six whole days of flamenco dancing, bullfighting and scoffing paella.  Well, April Feria only lasted the one day, so, the way I saw it, I had to cram six days worth of paella and churros scoffing into one.  Challenge accepted.

Fair warning; there are photographs of me stuffing my face coming right up… 😉 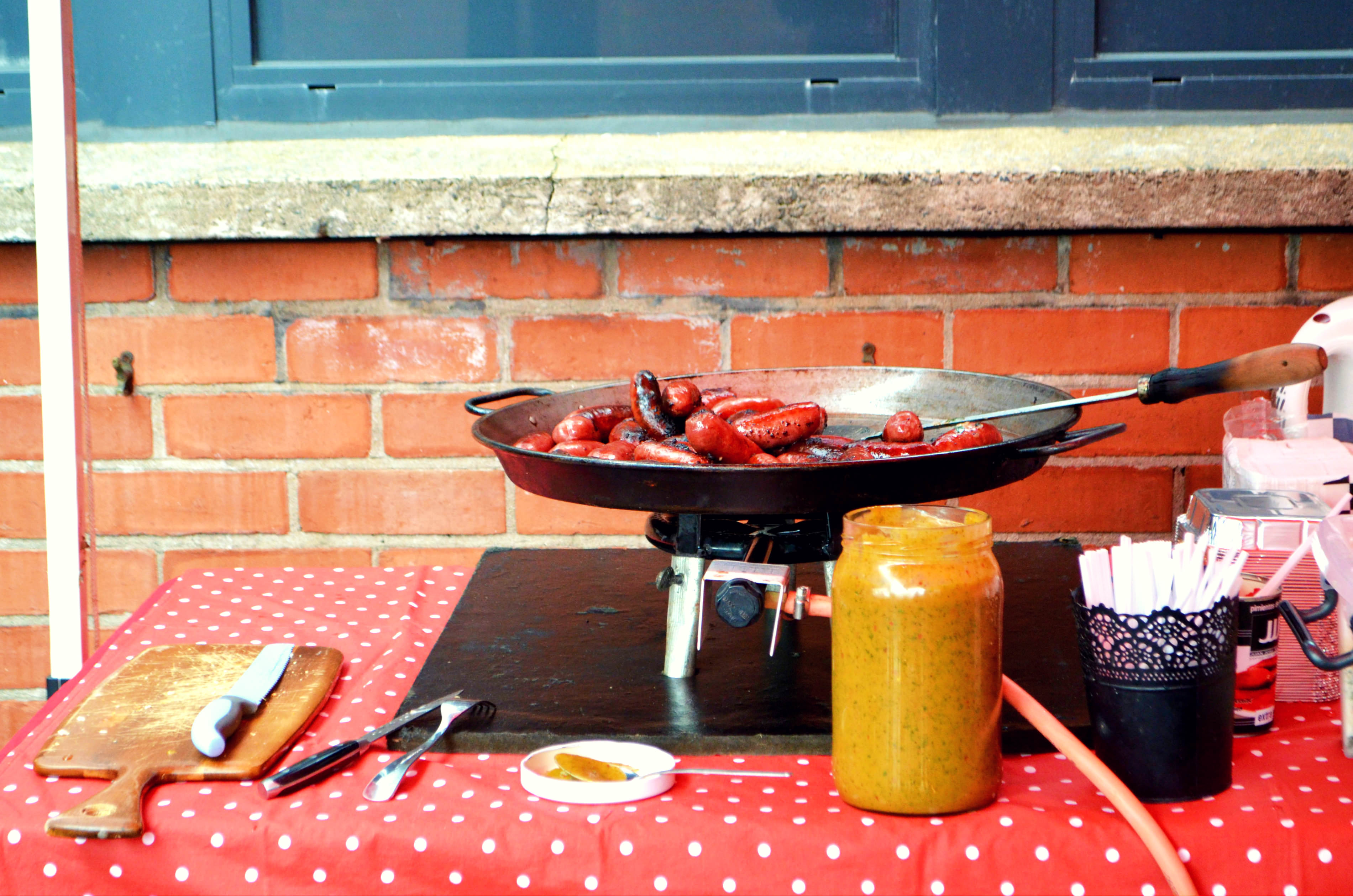 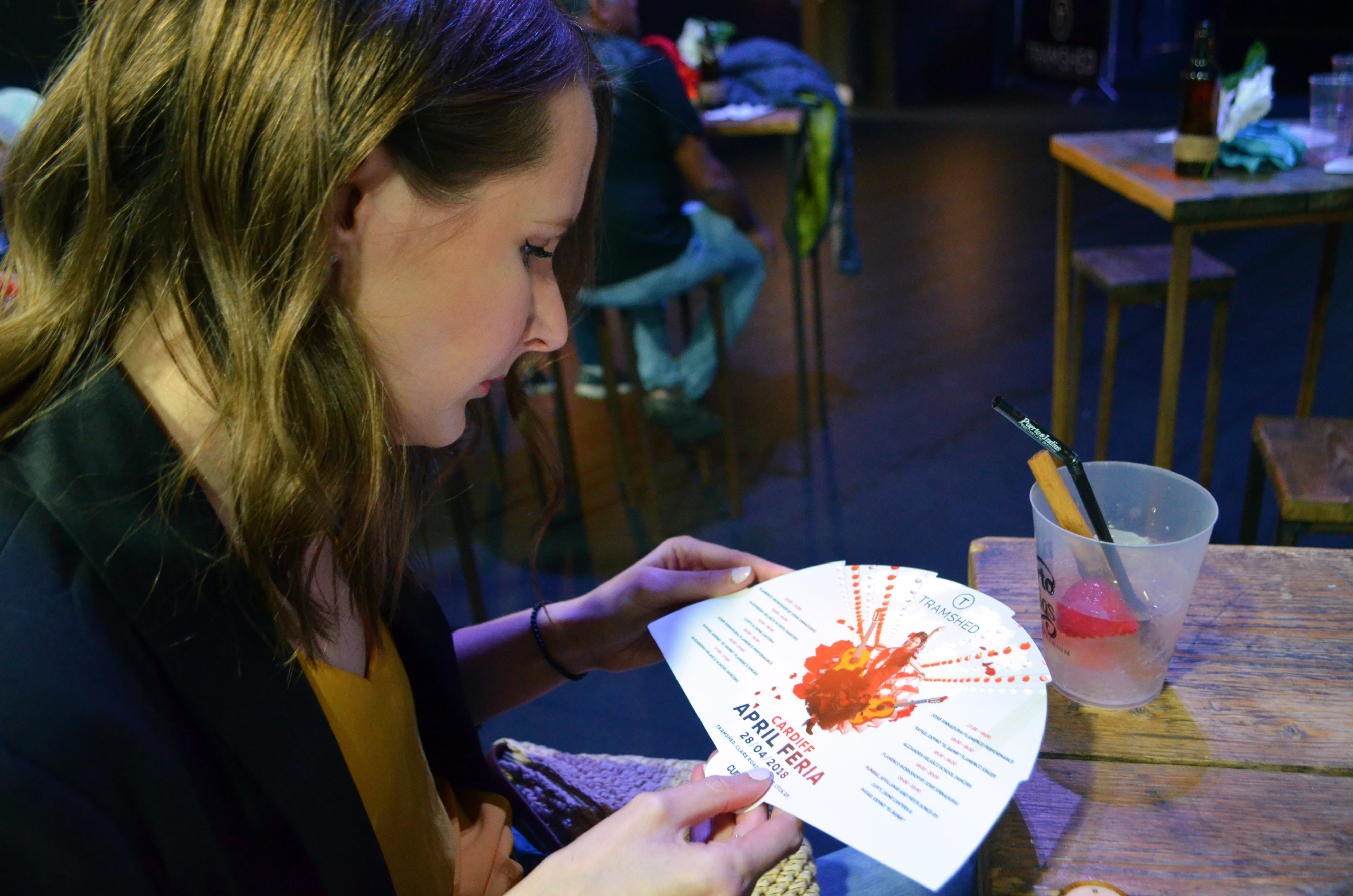 Inside Tramshed, the main room was fiesta ready – with streamers and lanterns and red carnations, and there were Flamenco Dancing Workshops going on on the main stage.  There was live music and Spanish dancing all day, as well as an after party in the basement of Jacob’s Market. 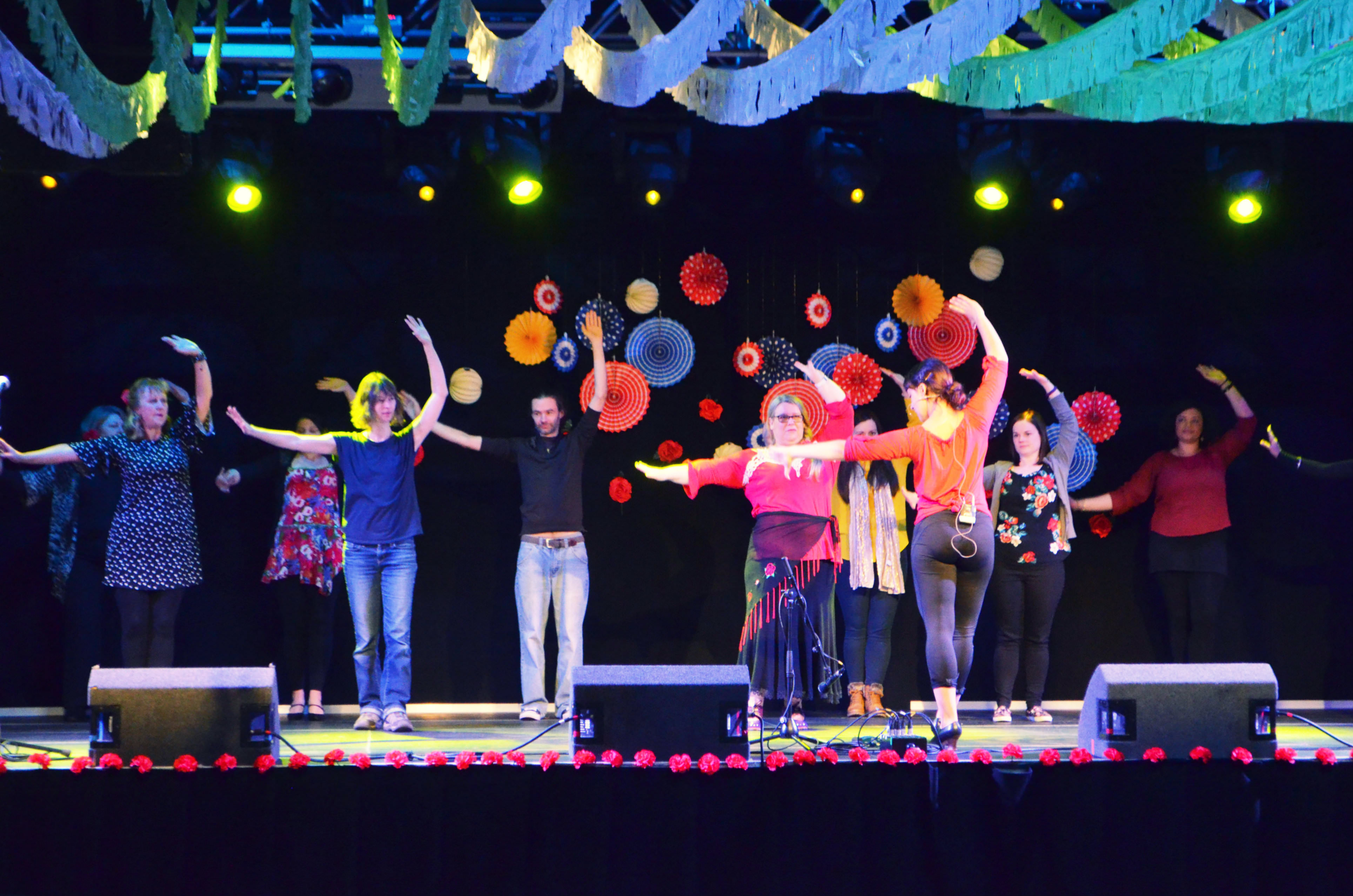 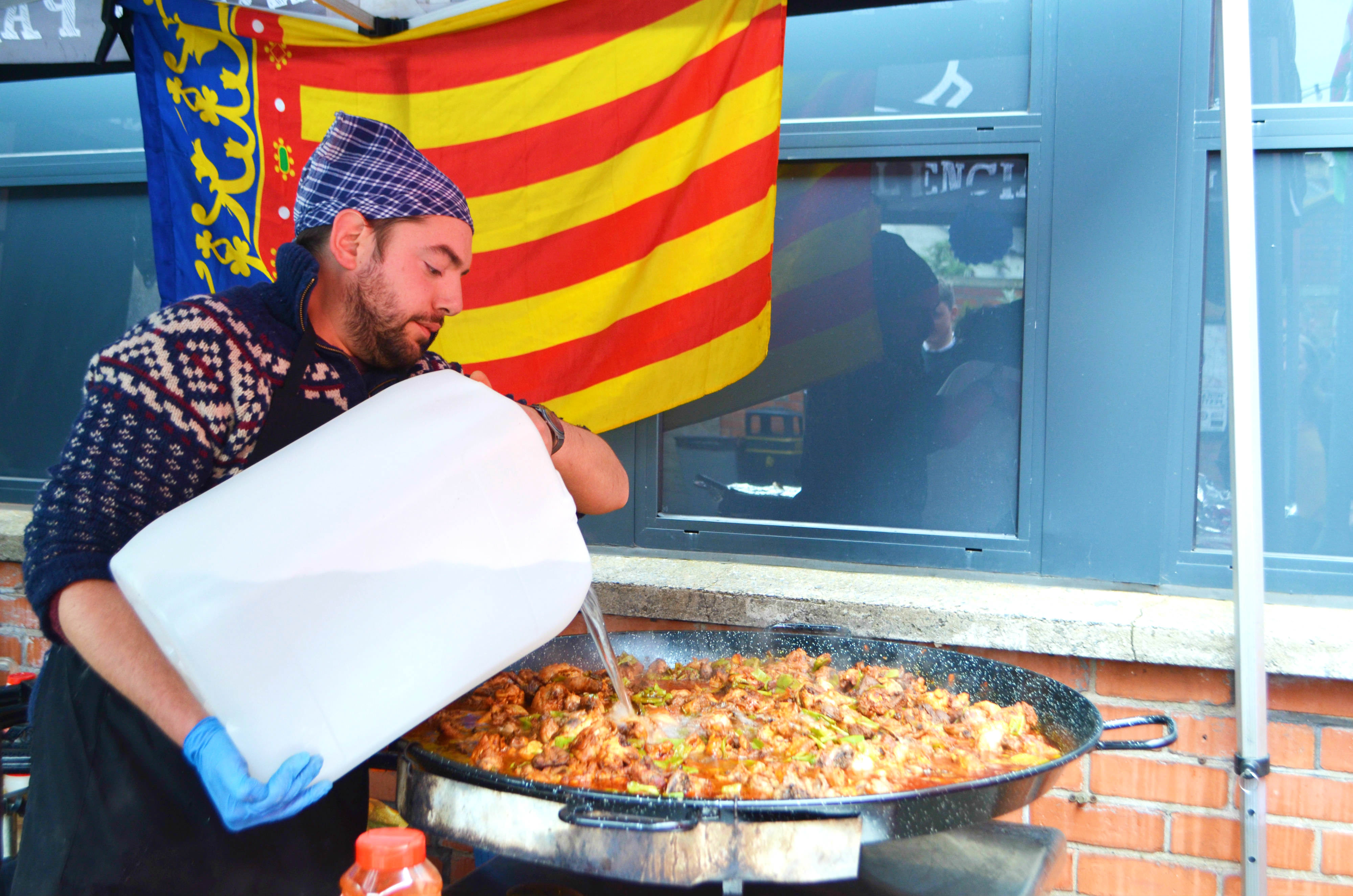 By far the best thing on the menu though was the paella by Riceminster – three massive pans of vegan, chicken and rabbit (a traditional Valencian) paella.  I’ve tried making paella so many times at home by it always ends up a gloopy mess which I brush off by just calling it risotto instead (oh the shame!).  So it was nice to get schooled by the masters!  Traditionally you’re not supposed to season paella with chilli, just a squirt of lemon juice and I can confirm that the chicken paella was an absolute stunner. 👌 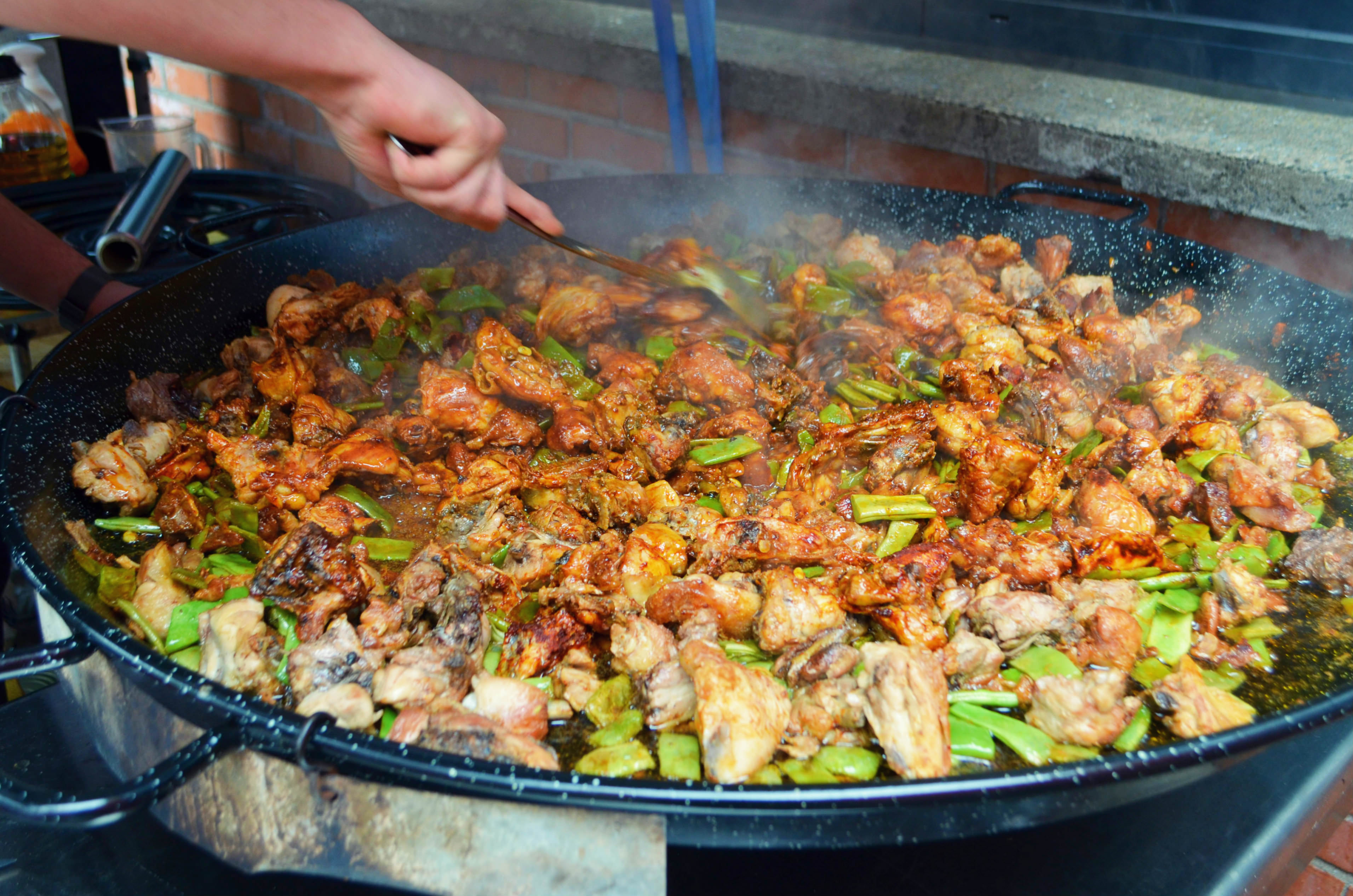 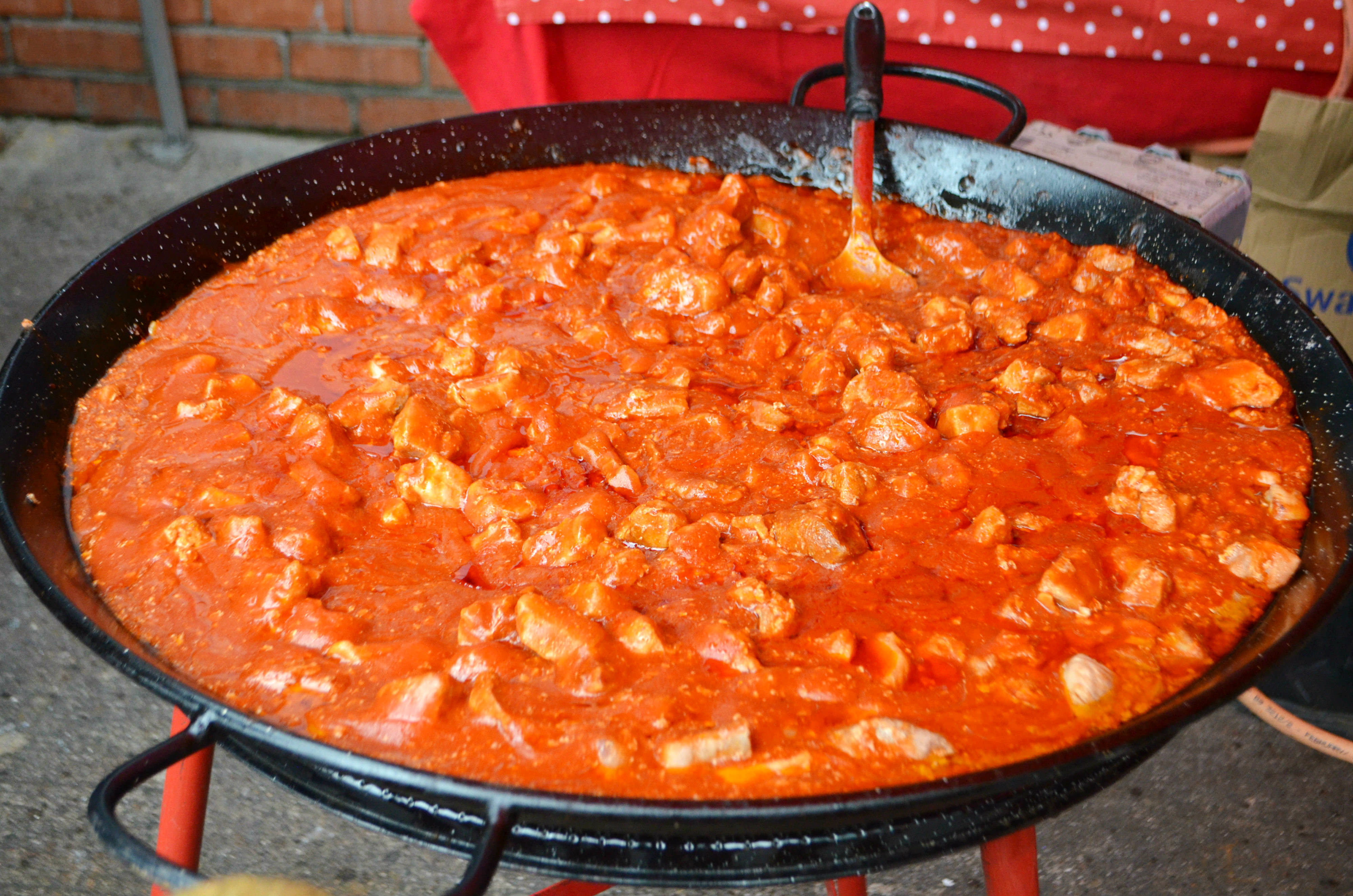 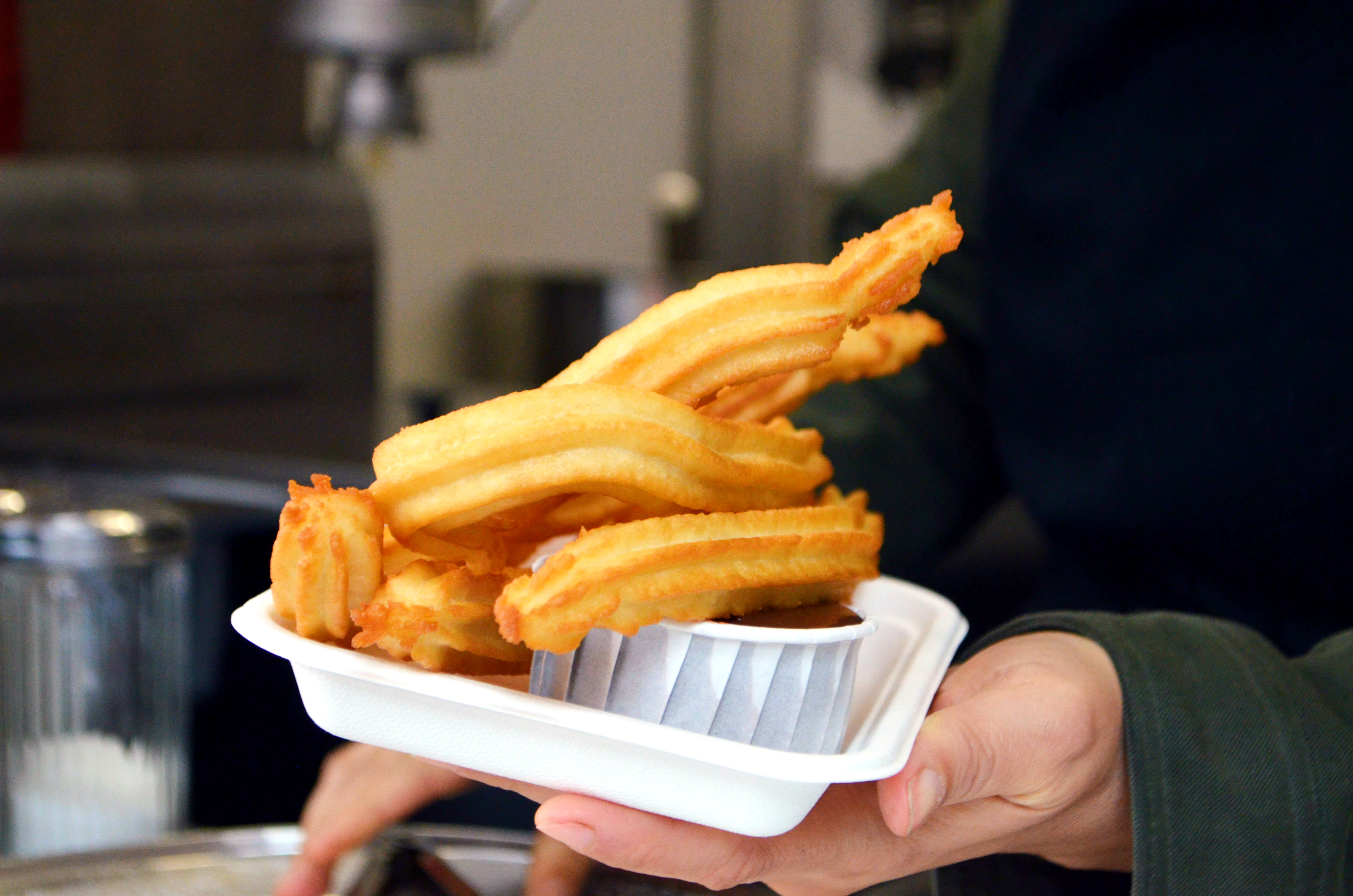 Also, you can’t go to a fiesta and not have Churros.  Those are the rules!  If you don’t come away licking cinnamon sugar off your lips (or brushing it out of your beard if you’re anything like Sunny) then you’ve gone wrong. 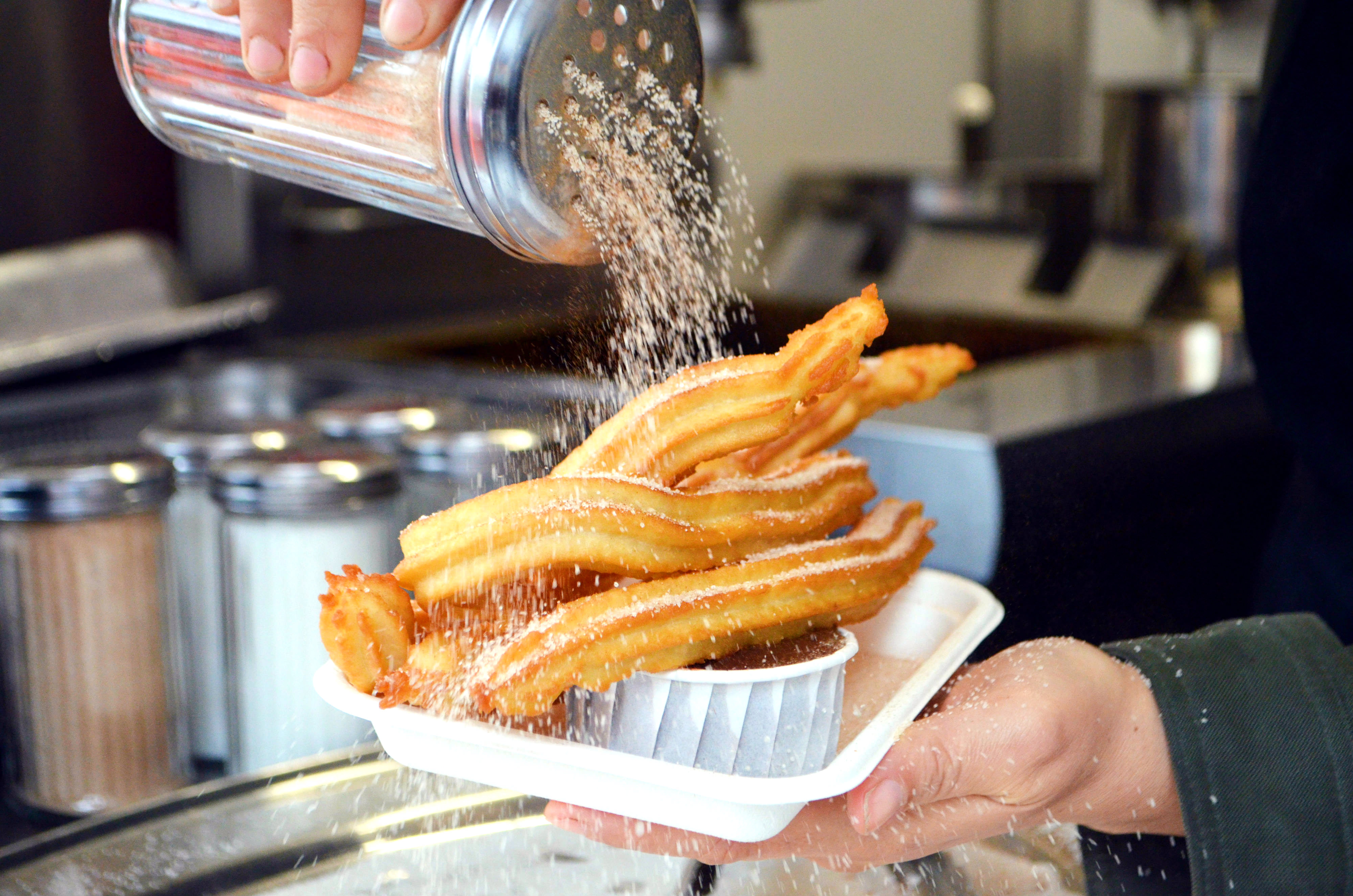 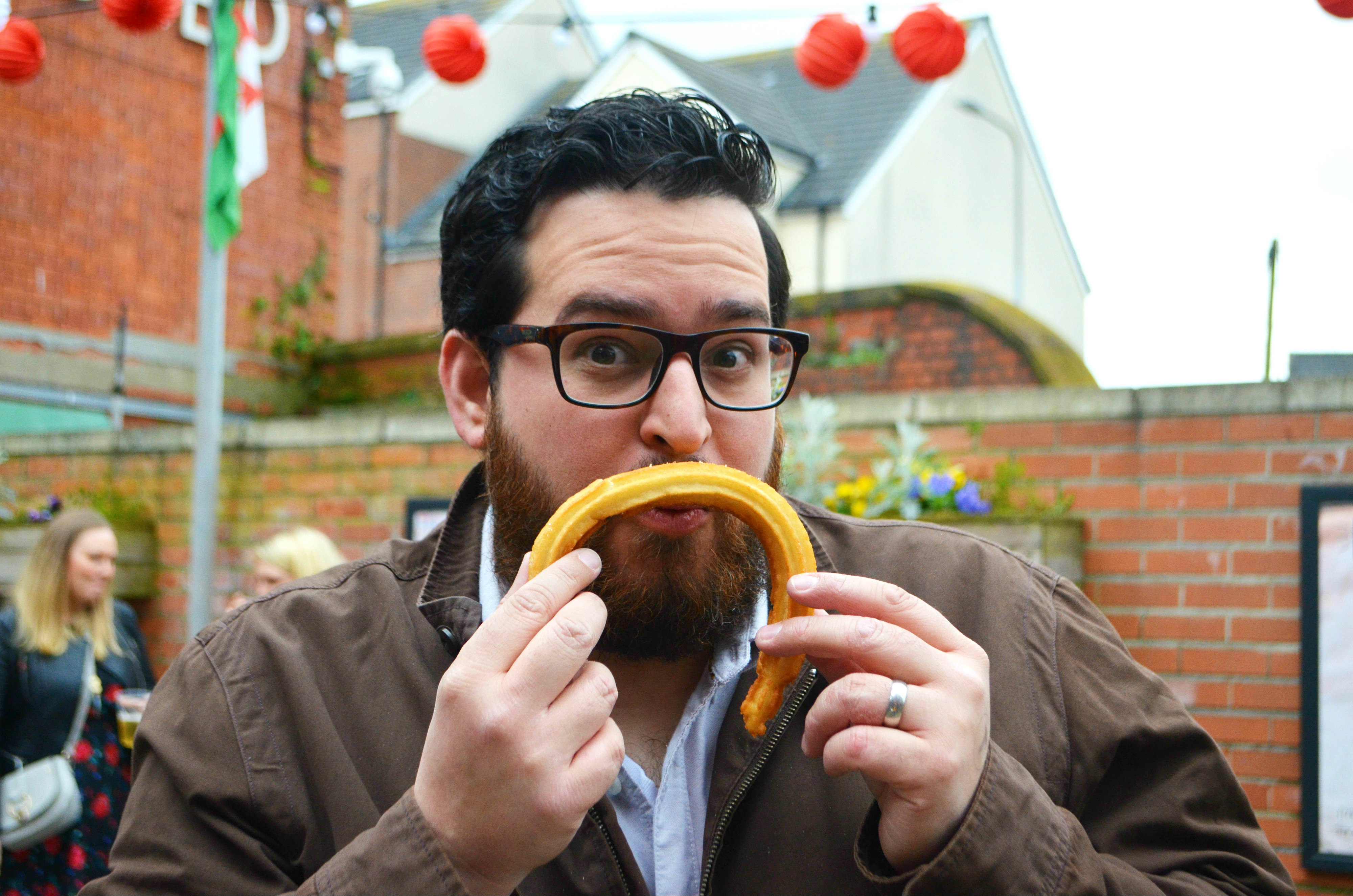 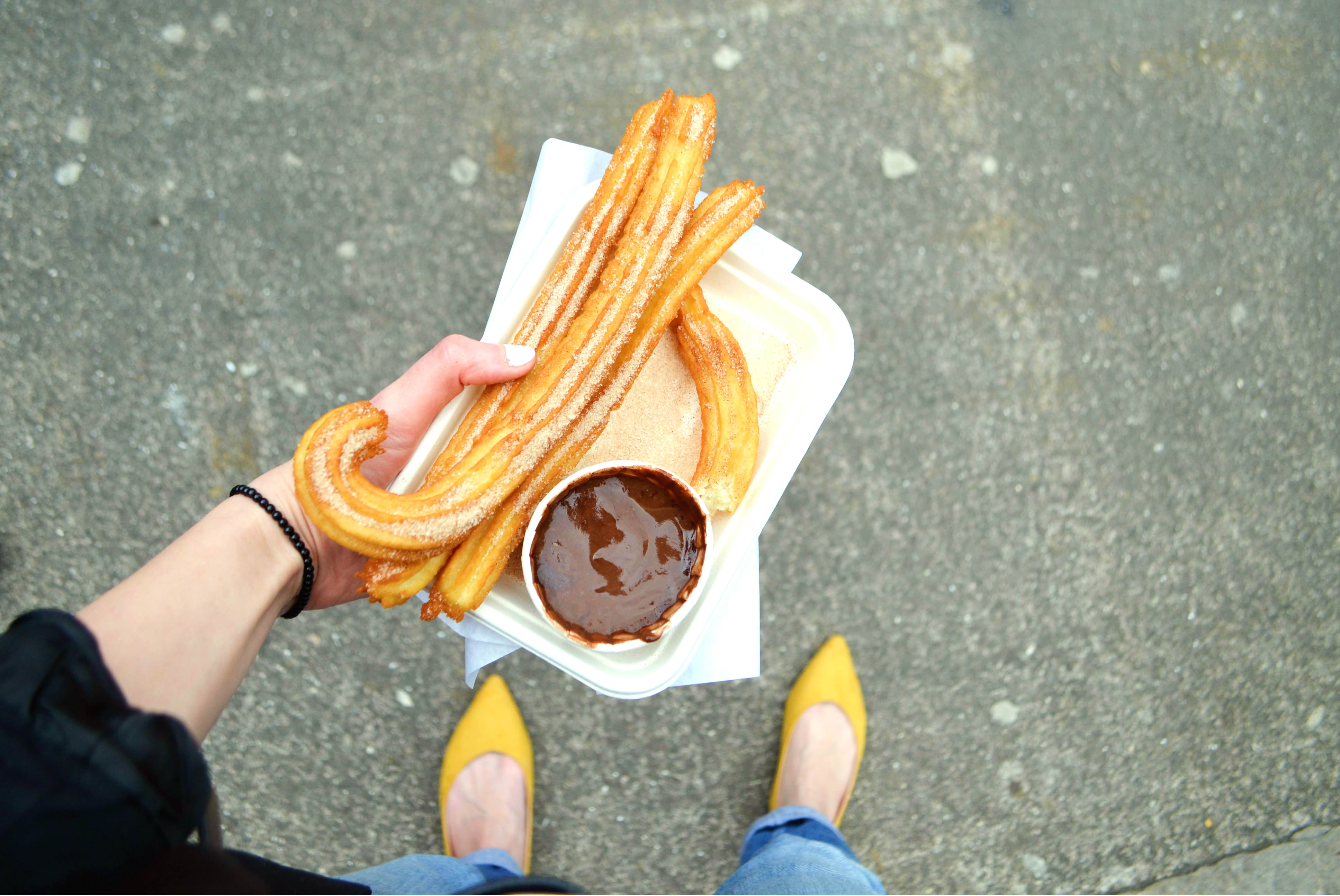 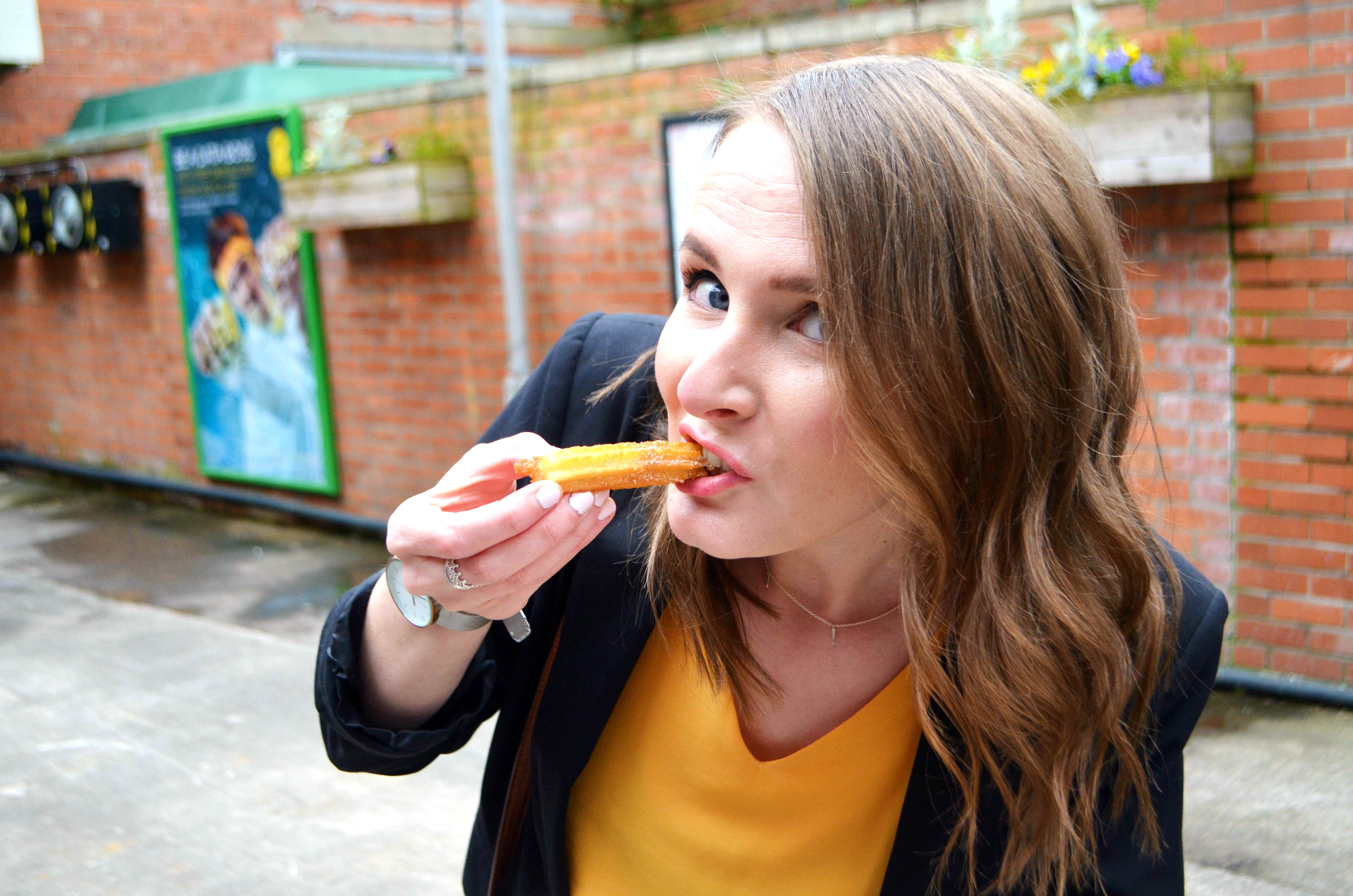 If only the weather had joined in, but then this is Cardiff after all!  Have a fantástico week everyone! 😉