Can you believe it’s going to be October next week?  Yikes!  It feels like we were in the middle of a heatwave just last week and now we’re practically staring down Christmas (sorry!).  Still, I’m really excited for the next couple of months – Autumn is my season, my favourite time of year hands down – and I love that fresh feeling that’s always in the air every September.  And with that in mind, here are a few other things I’ve been loving this month. 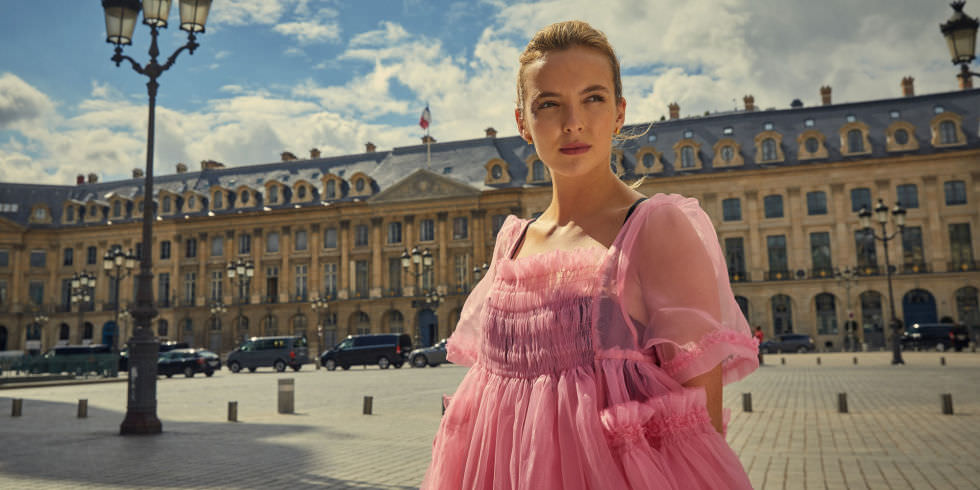 There’s been so much incredible stuff on the box this September, we’ve been totally spoiled!  The Bodyguard, Bake Off, Vanity Fair, just to name a few.  But my favourite – without a doubt – has been Killing Eve.  Sunny and I binged it a couple of days after the series dropped on iPlayer and we absolutely loved it.  In case you’ve never heard of it, the series is based on the Villanelle books by Luke Jennings and centre around a Russian assassin – Oxana – and the British Agent – Eve – who attempts to track her down and arrest her but gradually becomes more and more drawn to her.  It’s dark and hilarious and the outfits are amazing.

The weather got so hot this summer that I swapped my Sunday night soak in the bath for a cold shower.  But now that everything’s cooled down a bit and tepid Welsh weather has returned, I’ve been really enjoying polishing off the weekend with a good old soak in the tub.  I fill it up, throw in a bath bomb (I love Rosie from Miss Patisserie), prop the iPad up on the toilet with some Parks and Rec and then just… stew.

Early in September, the Forum Spa at the Celtic Manor sent me over some lovely Elemis goodies to take my Sunday Soak to the next level – including this Thousand Island Mask.  It’s got a really funny mousse-like texture to it, but spread over the skin like butter on toast (and my skin really has felt like toast recently – you know, dry, gaping pores…).  I’ve been applying it just before I get in the tub and then wiping it off with a damp cloth just before getting out and it’s been really brightened up my tired skin and given it a little extra pampering before seven months worth of central heating dry it out. 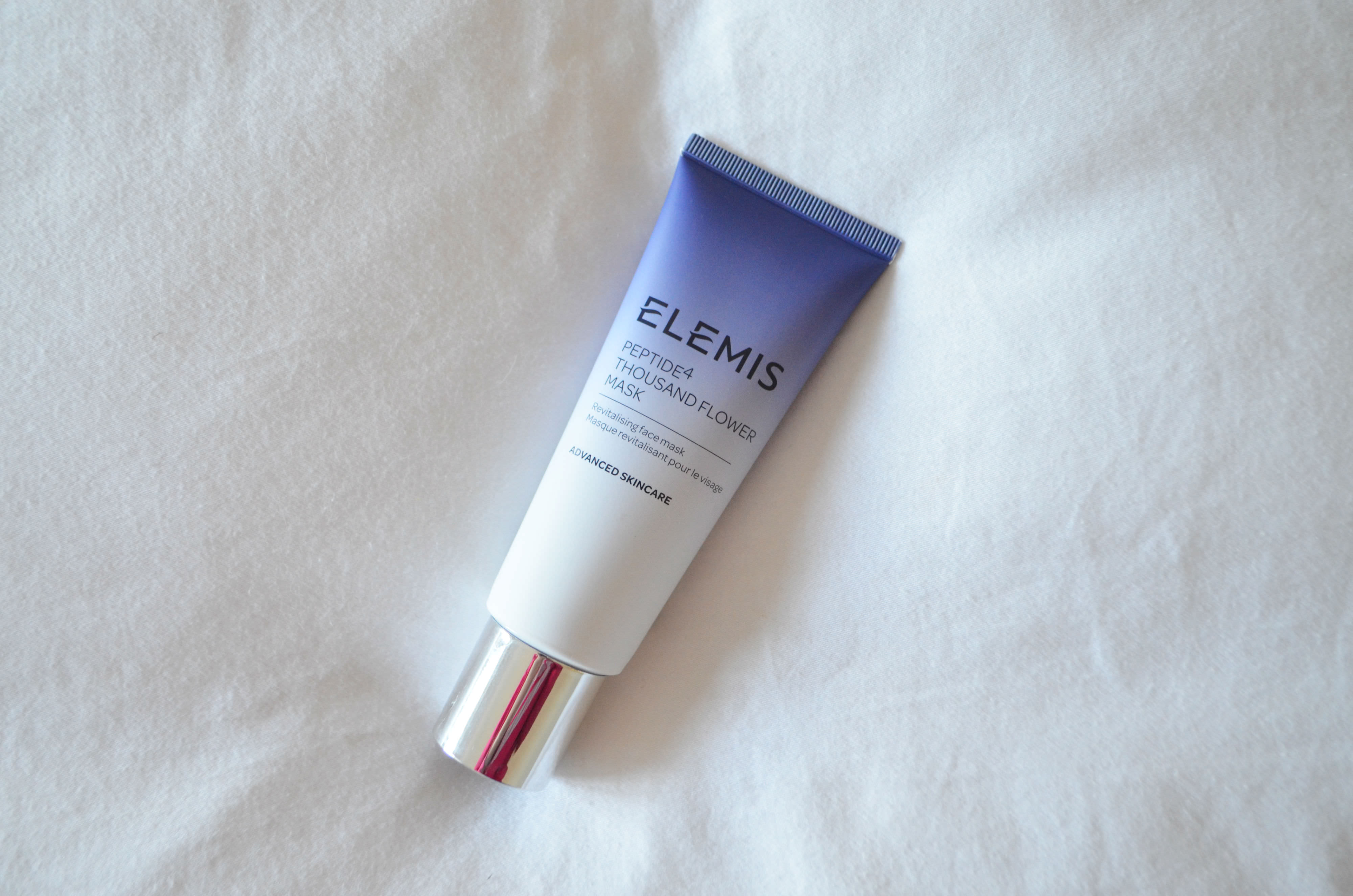 September’s a funny one for clothes, innit?  I mean, it’s officially Autumn and it’s absolutely freezing when I take Bungle out for his morning walk – but then by lunchtime, it’s baking.  Yep, Faux-tumn is in full swing – that weird month when you get all excited to haul your jumpers and scarves out of storage and end up sweating in them.  We’re not quite there yet.  Doesn’t matter, I’ve washed all my jumpers so when that cold weather finally pounces I’ll be ready.  I’ve also been picking up a few new bits and bobs when I’ve spotted them, like this stripy Beetlejuice shirt from H&M. 🙂

I tend to get really into baking this time of year – I don’t know whether to blame the cold weather or the fact that Bake Off is back, but I’ve been absolutely loving get back into the kitchen and trying out some new things.  I posted the recipe for this Apple Pie Cake a couple of weeks ago and I absolutely love it.  It’s a bit more interesting than the bog-standard apple pie I’m used to baking this time of year and tastes even better! 🙂

This article from The Pool about how we’re a nation of Saving For Best-ers really resonated with me; I’ve got so many dresses and outfits in my cupboard that I’m saving up for imaginary future events.  I should just wear them  to Tesco on a Monday morning, right?  What’s the point of having clothes and not enjoying wearing them?

I’ve been absolutely obsessed with the Ford/Kavanaugh hearing that’s been going on out in the States.  Just in case you’re out of the loop – Brett Kavanaugh is Trump’s pick for the empty slot in the Supreme Court (if he gets it then he’ll hold the position for life and it’ll tip the balance of power in favour of the Republicans) however, since being nominated allegations have come to light about his past sexual misconduct – most notably from Dr Blasey Ford, who claims she was assaulted by him back in the early 80s.  The fact that she’s only come forward now has raised the issue of why women don’t report sexual assault.  The #WhyIDidntReport feed on Twitter is a pretty powerful read and a reminder that for every woman who has come forward and tweeted about her own experience of assault, there are at least ten more who still feel unable to.

What have you been loving this September 🙂

6 replies on “5 Things I’ve Been Loving This September”

Autumn fashion is my favourite! x

I loved Killing Eve! So good! I need to have more baths now its getting cold for sure.

Brilliant, wasn’t it? I binged the whole thing 🙂

Glad to see other countries following the Kavanaugh hearing. I watched all day yesterday. Of course nothing really changed…see Clarence Thomas Supreme Court appointment in 1991. So disappointed that nothing has been learned in over 20 yrs. In the “Trump Years” the U.S. is not an example for any other countries…more of an embarrassment.

I was completely hooked watching both interviews. My husband’s a big fan of American politics too, so we’re always watching to see what’s going on on your side of the pond – and Trump’s given us lots to talk about! (Mind you, we’ve got enough trouble going on in our own Government right now as well) 🙂