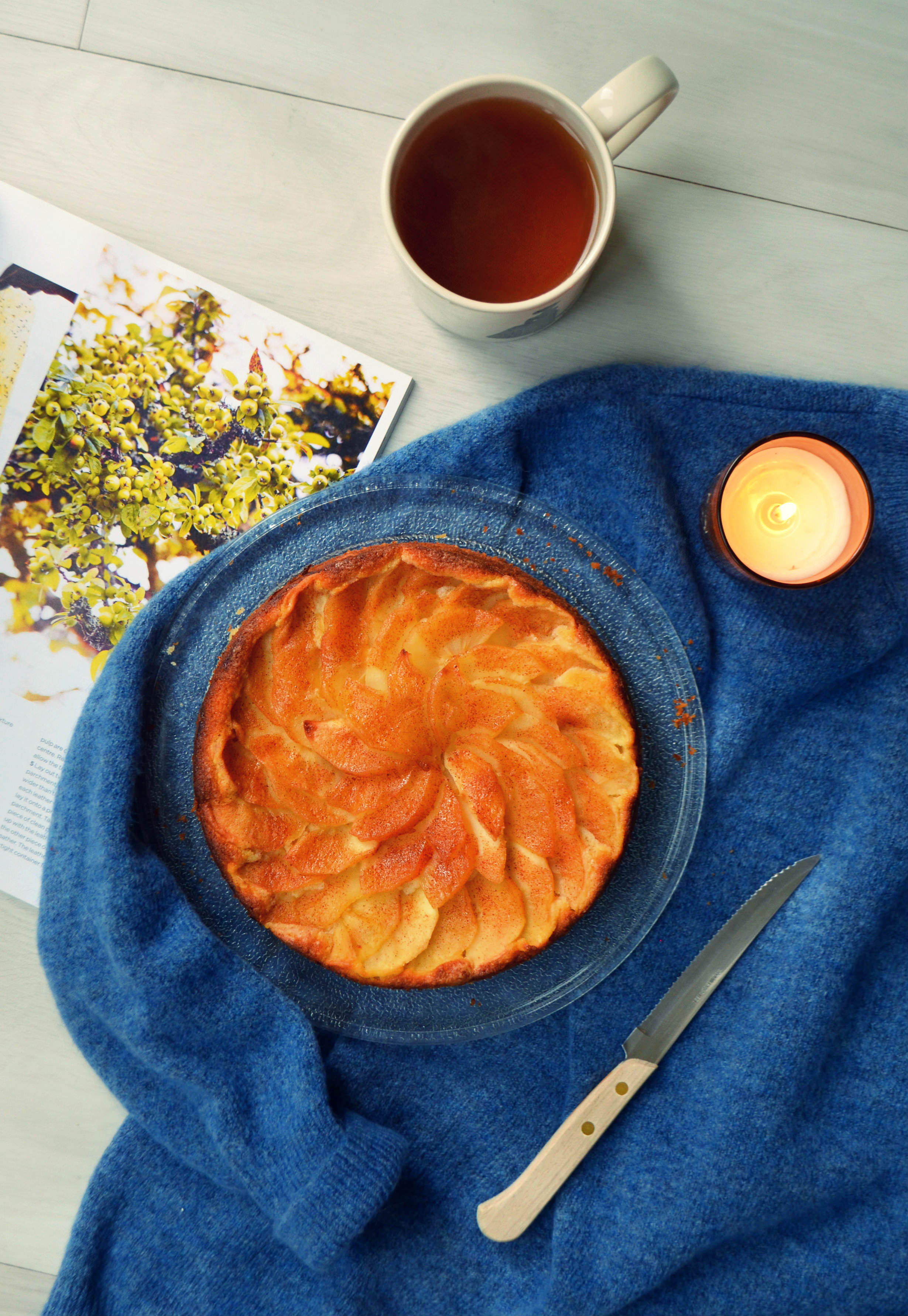 It’s right about this time of year that my blood starts turning to into custard because – oh yeah – it’s finally getting cold enough to scoff puddings and pies again!  I love pies, but when it comes to custard?  Meh, I’m more of a hot, strawberry blancmange kinda girl  if I’m being totally honest (I’m an 80s kid through and through, okay?).  Sunny, on the other hand, is an absolute super fan who likes to drown his desserts in the stuff and would happily drink it on its own if I let him 😉  When it comes to the dessert itself, he does love a good old apple pie or crumble but would probably admit that at the end of the day they’re just a vehicle for the custard, and as for me I get a bit bored baking the same old apple dishes every year.  So, I’ve been on a mission to come up with an apple pie that’s so damn good it upstages the custard.

Enter the apple pie cake.  There’s no crust, just a fluffy, moist sponge, with juicy, cinnamon-spiced apples and it be eaten either hot or cold – unlike old humble apple pie.  I adapted the recipe from the fantastic buttermilk plum cake I baked over the summer and came up with a keeper.  🙂 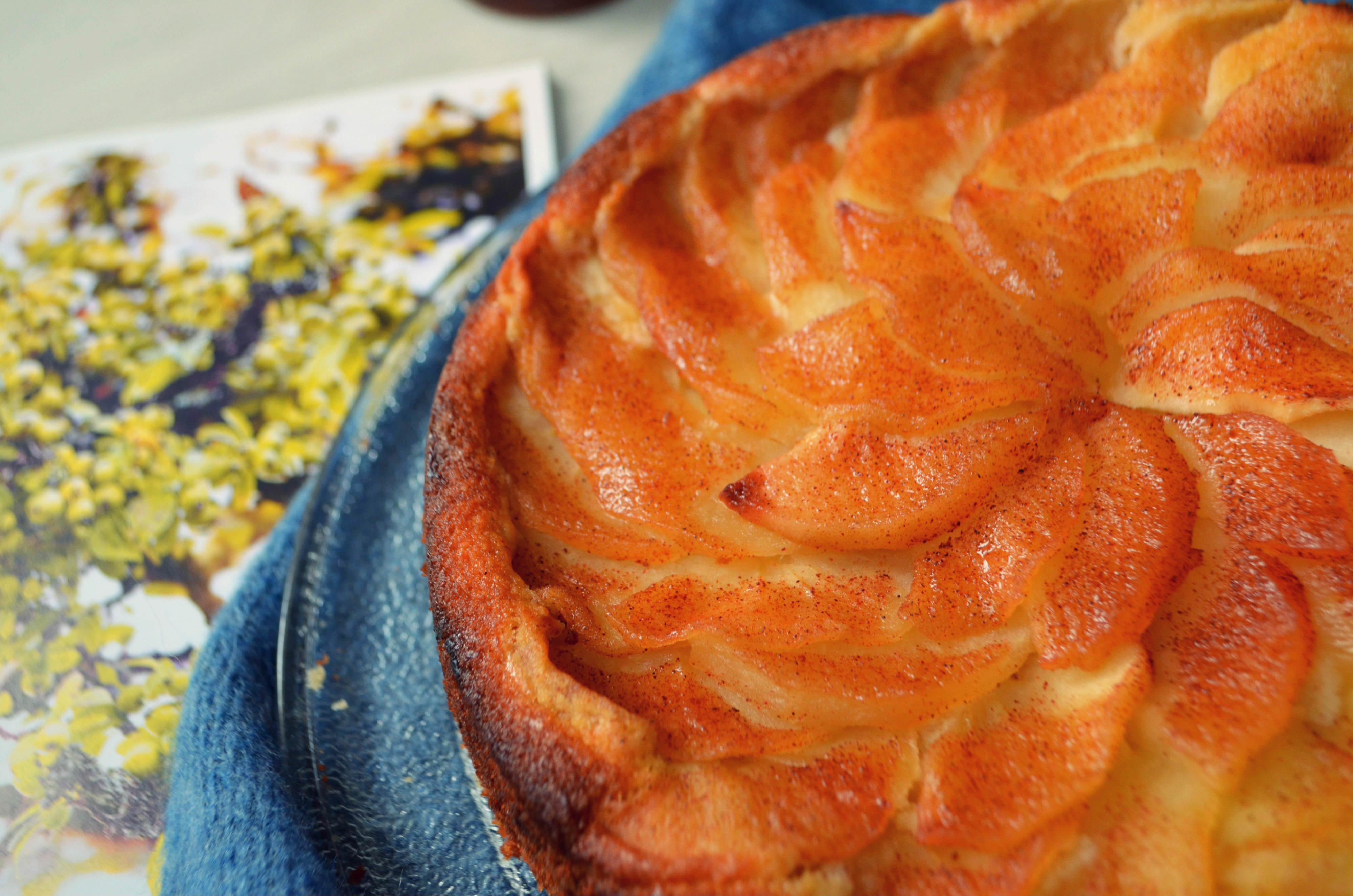 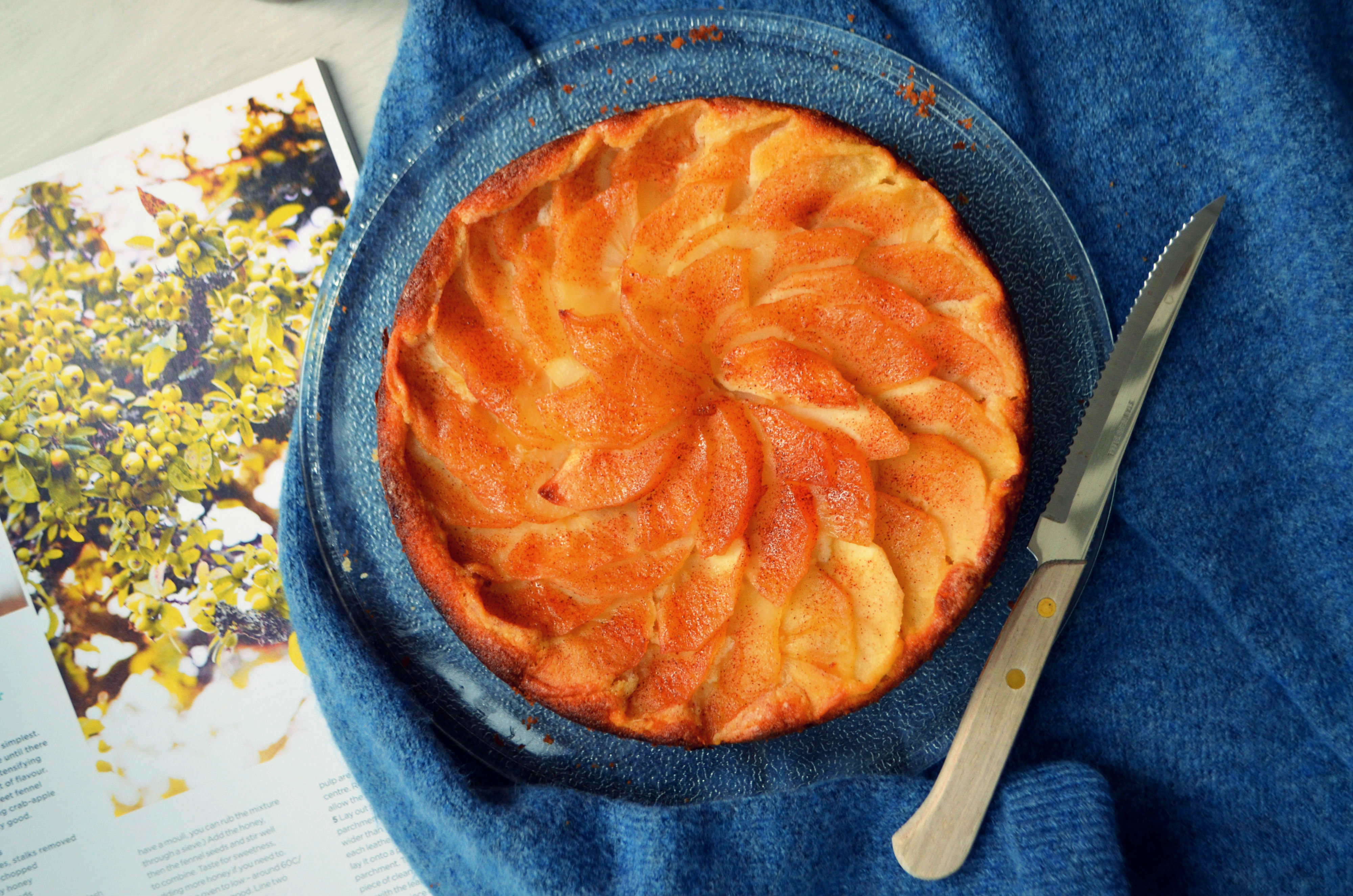 I honestly don’t think I’ll be baking any apple pies this year, it’ll just be this cake over and over and over again.  If you want to see me making it, check out my IGTV for the recipe in video form.  ♡

It looks and sounds amazing! I love apples in baking x

Thanks! I love baked apples this time of year 🙂

Did you also have a rabbit shaped blancmange at your birthday parties?! I wonder if they were all sold in Cardiff or if my family got it from somewhere else?!

YES! Although my Mum used to put jelly in it, we always had blancmange hot for some strange reason…!

I seriously hated that stuff and mum still insisted on making it. She wouldn’t be caught dead serving it now, she even had the audacity to tell me that “tinsel is so 90s” when I was decorating my tree this year!

[…] loving get back into the kitchen and trying out some new things.  I posted the recipe for this Apple Pie Cake a couple of weeks ago and I absolutely love it.  It’s a bit more interesting than the […]

[…] what we did differently) – one of them is full of apples!  I’m going to be baking this Apple Pie Cake ten times over, I think! As well as these Toffee Apple Cookies.  I tried something similar whilst […]

[…] lovely, don’t get me wrong, but I still wouldn’t pick it over a door wedge slice of this apple pie cake. What’s your favourite cake?  And, if you could banish one type of cake to the pits of hell, […]

[…] got a mate coming to stay and my parents popping over for a Sunday roast and so one of these Apple Pie Cakes will be going in the oven tonight. If you’re bored of bog-standard apple pies and crumbles, […]

[…] cannot wait to get stuck in making making Apple Fritters, Apple Cookies and of course, my favourite Apple Pie Cake. But the truth is that I got a head start on the Apple Bakes back in August when I whipped up this […]