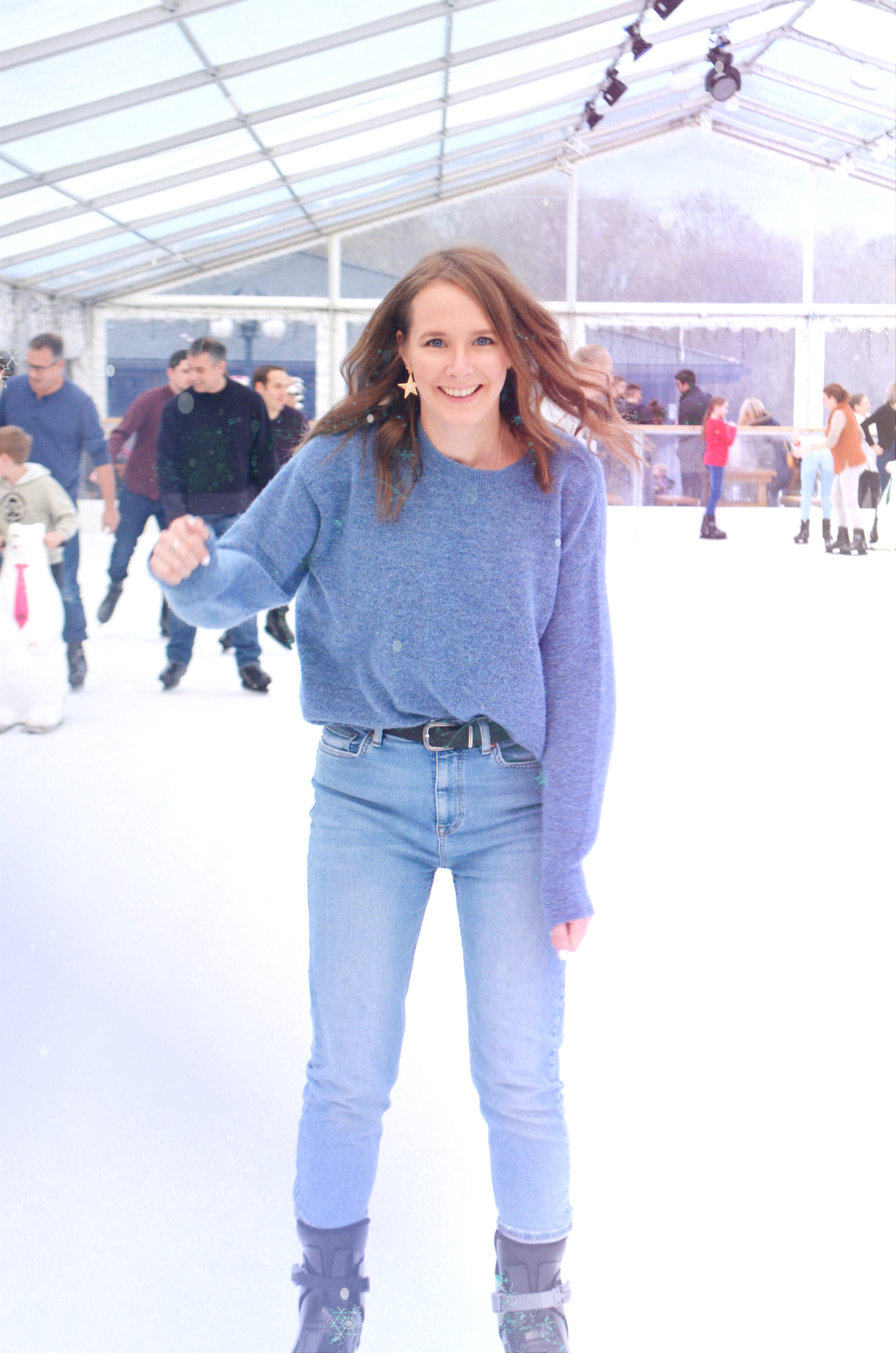 It feels like that festive feeling’s been cranked up a notch, now that it’s finally December.  I’ve already heard The Pogues about ten times (…not through choice!  I’m not a fan!), the advent calendars are out and…  and why the hell am I starting every single blog post at the moment like a bloody Christmas newsletter?!  There’s something in the water, or maybe it’s the fact that I’m full of Christmas cheer (read: food and booze) after spending a very festive afternoon up at The Celtic Manor over the weekend.

I had absolutely no idea that The Celtic Manor were opening up a little rink in their rooftop garden this Christmas until an email popped into my inbox a couple of weeks ago inviting me up for a festive afternoon of ice skating and scoffing.  I mean, the last time I went ice skating was around ten years ago and I ended that session flat on my back with my legs in the air (…easy now), but I conveniently forgot all about that small fact right up until I stepped (/slid) out onto the ice.  Luckily, the rink isn’t too big and it isn’t too busy either – much quieter and cosier than the one at Cardiff’s Winter Wonderland – so there was no worrying about clawing my way around the outside while I found my feet or fears of getting clipped by a cocky Torvil and Dean wannabe (I’m not jealous at all).  It’s also covered, so come rain or shine (or snow?) you can skate until you slip.  There’s also a bar serving drinks and food (the Currywurst with sauerkraut was really good) if you’d rather watch the slip-sliding rather than partake in it yourself… 😉 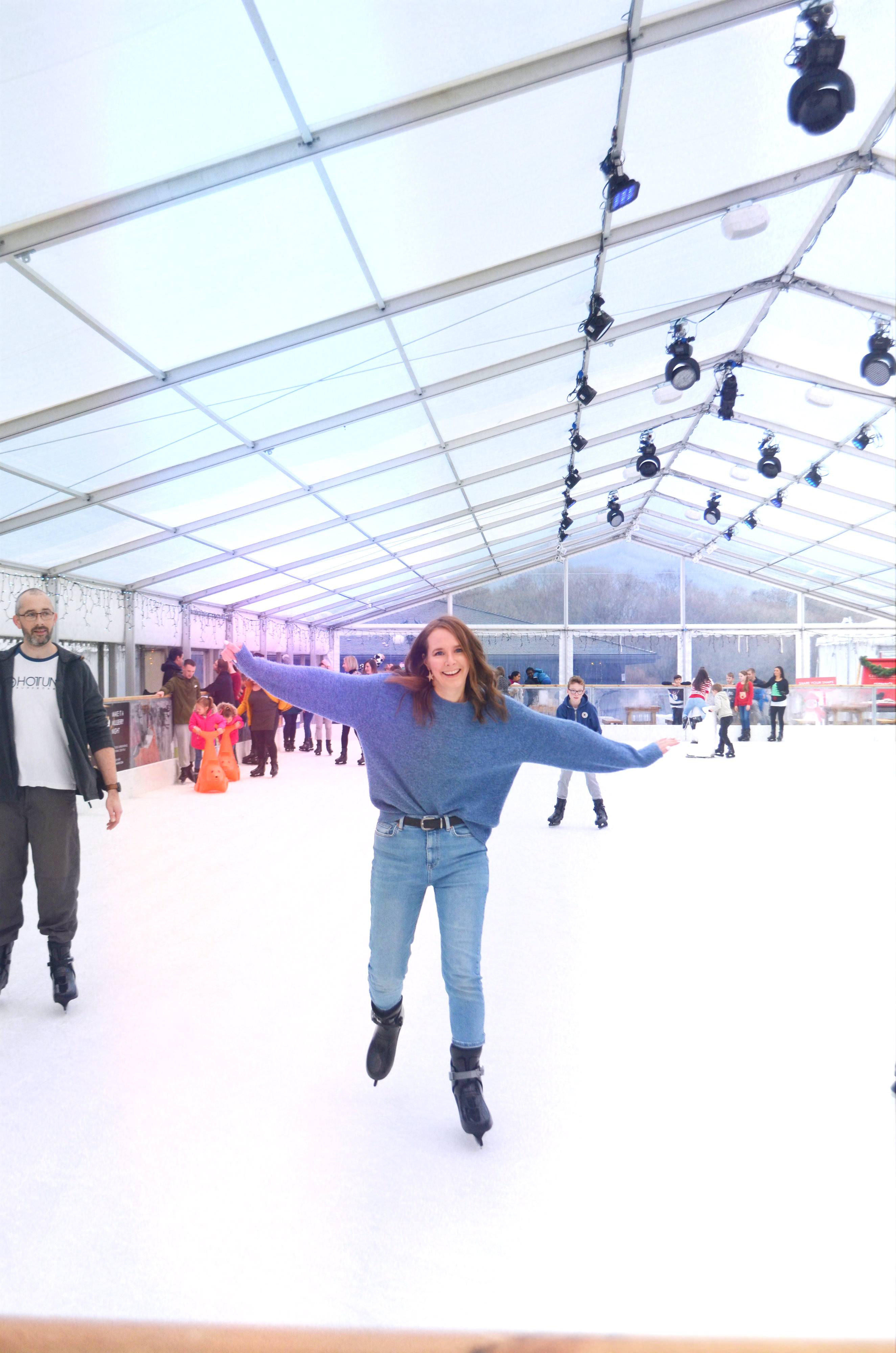 As for me, I didn’t end up flat on my back like last time, but I was very wobbly!  If I wasn’t holding onto the barrier then I was crashing into it! 🙂 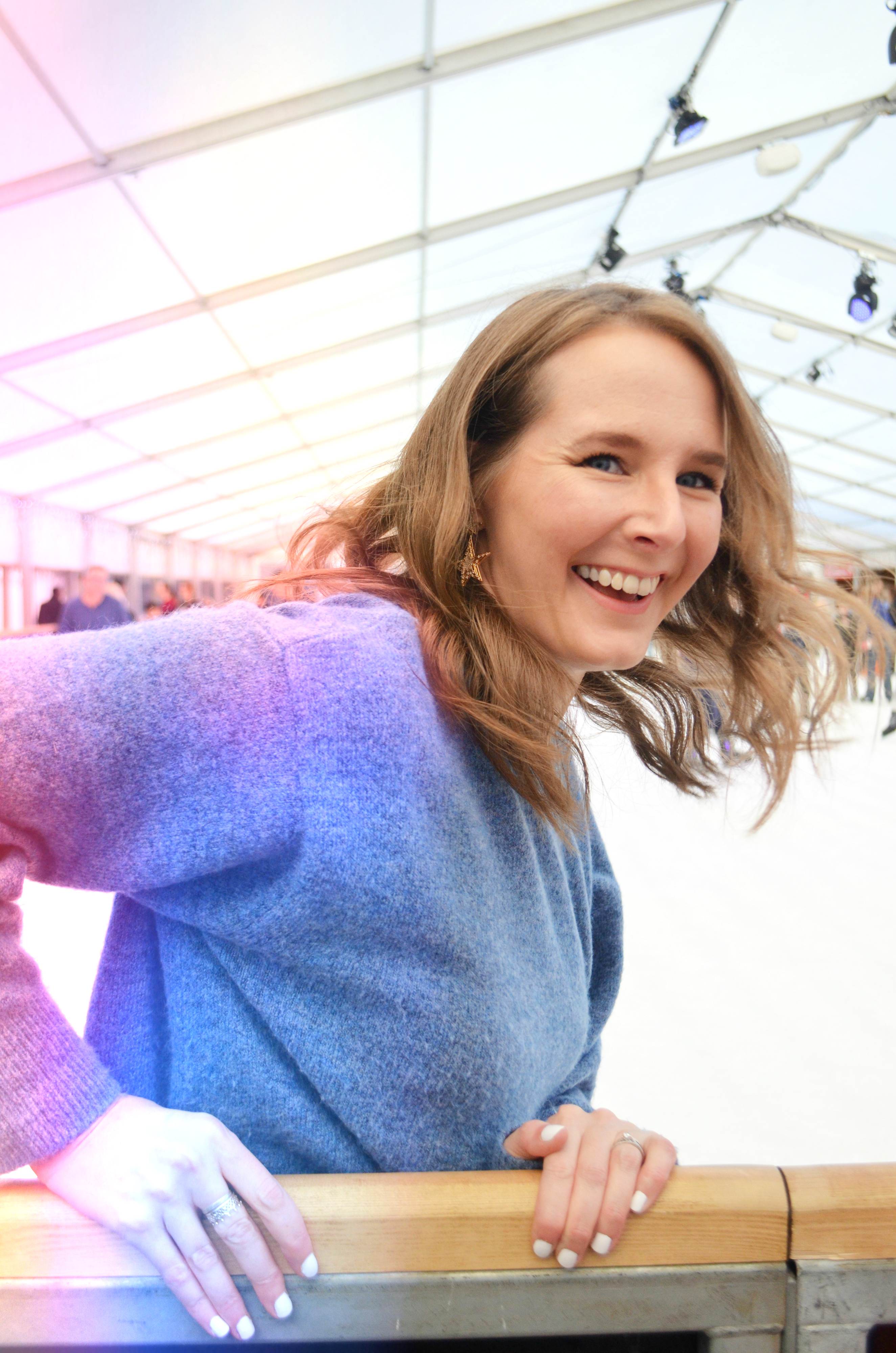 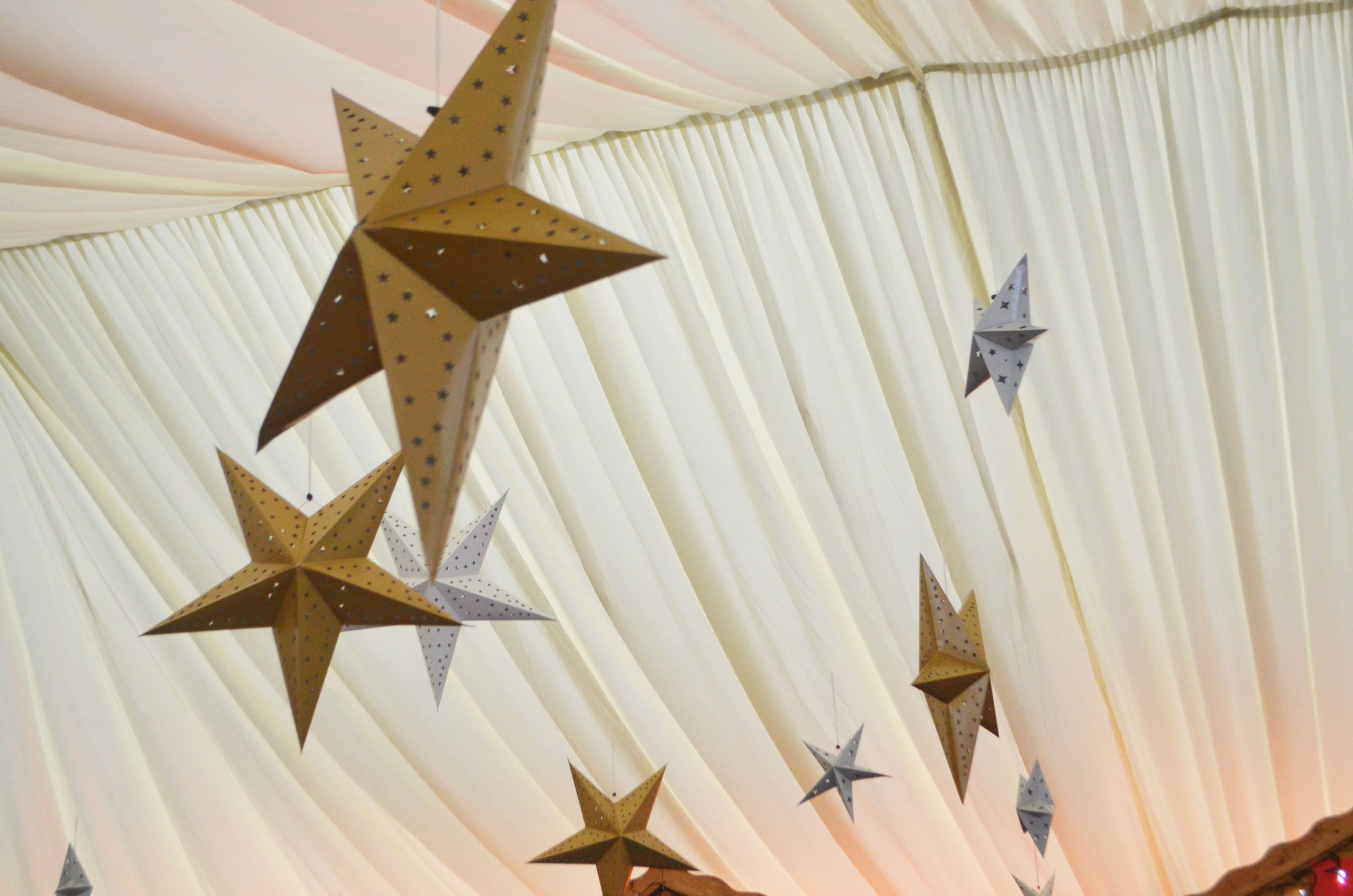 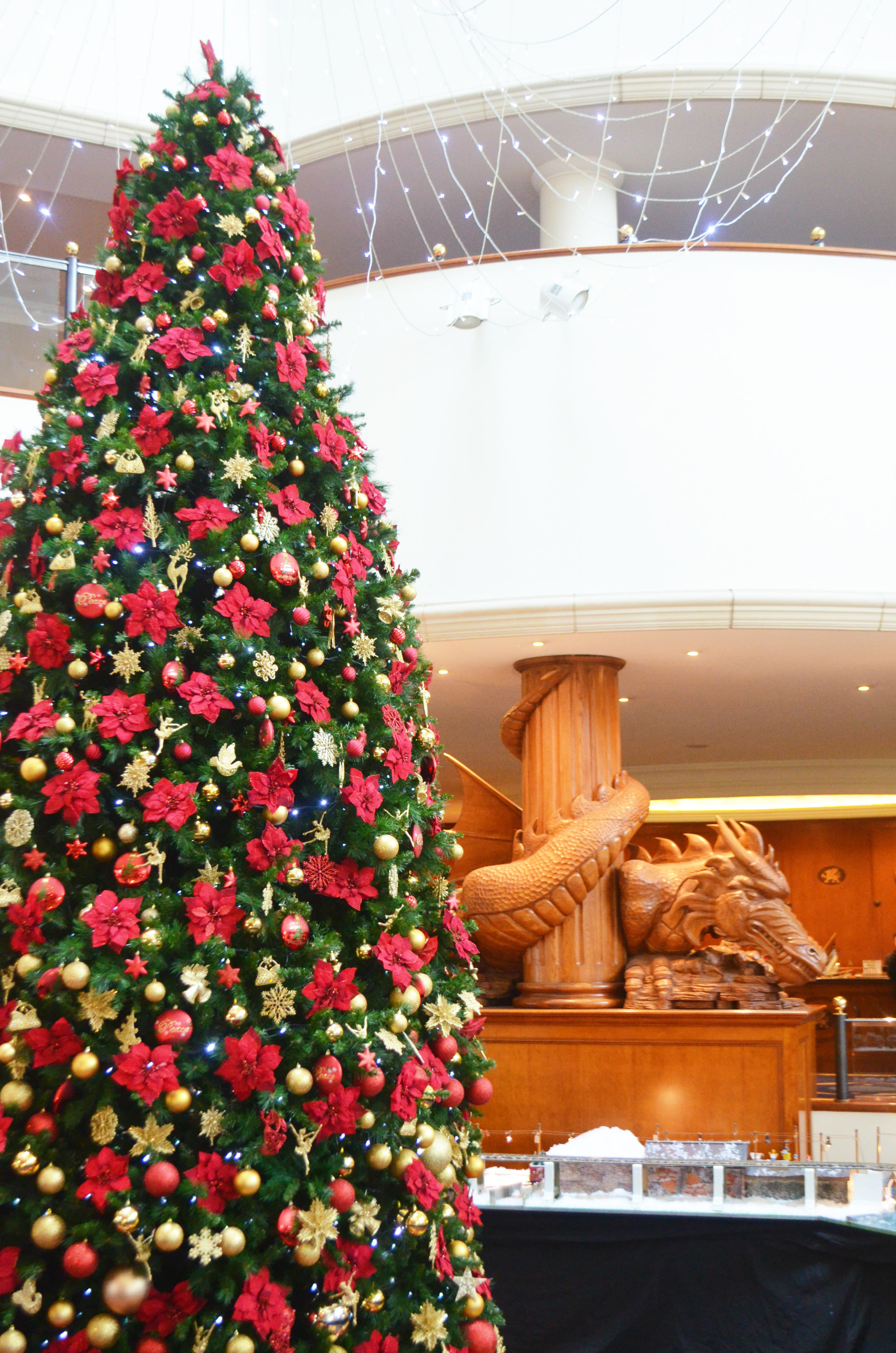 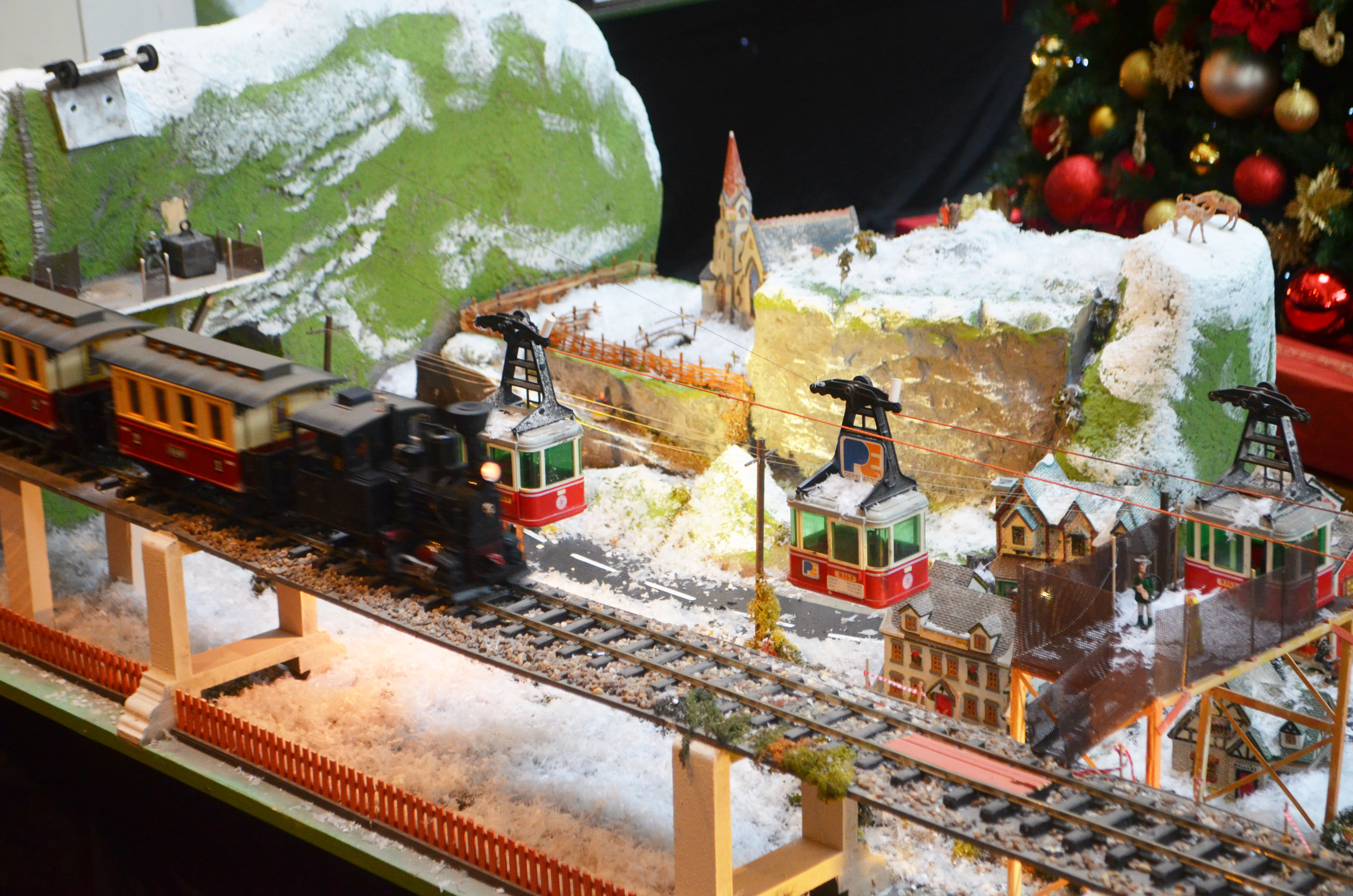 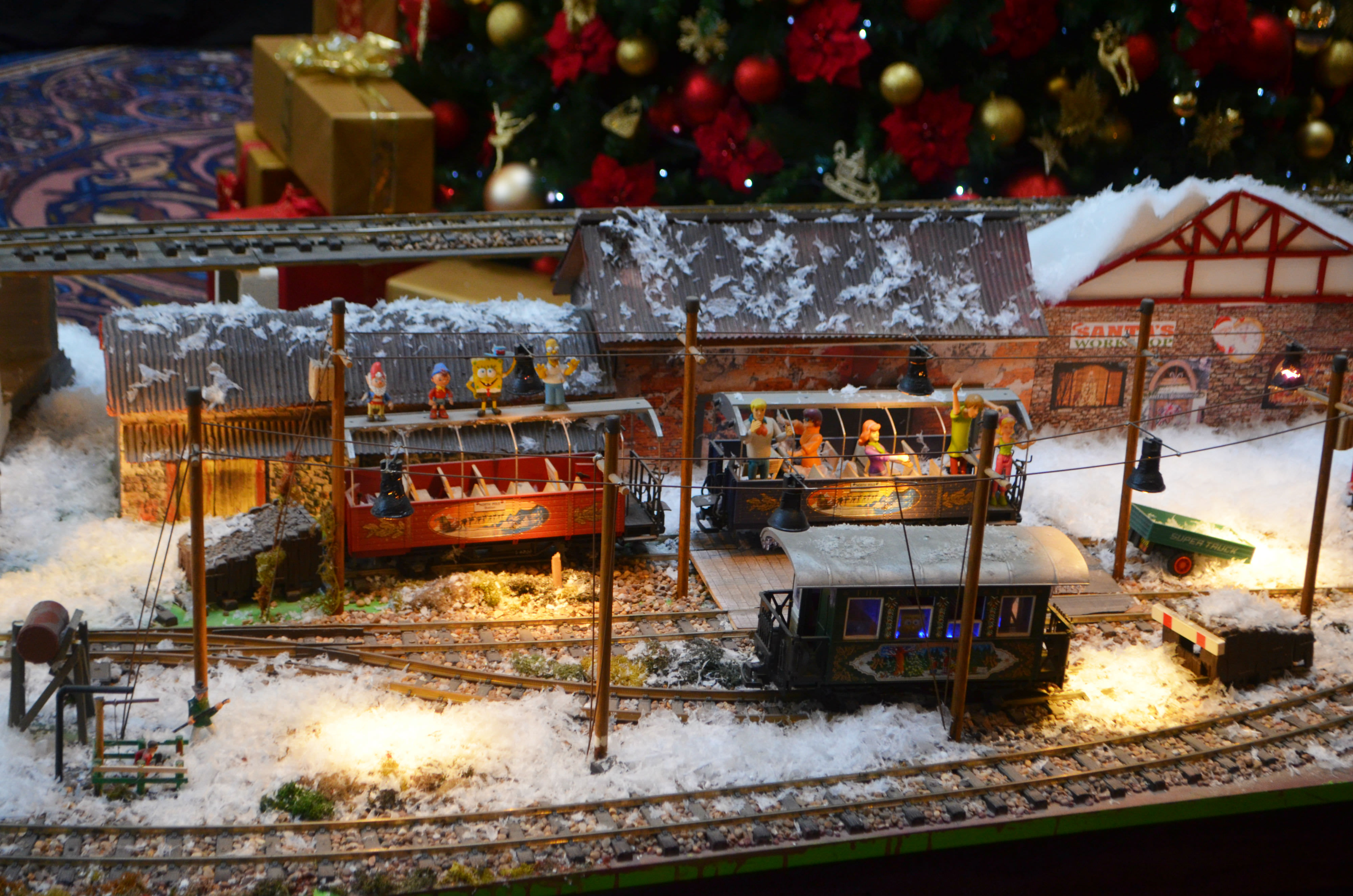 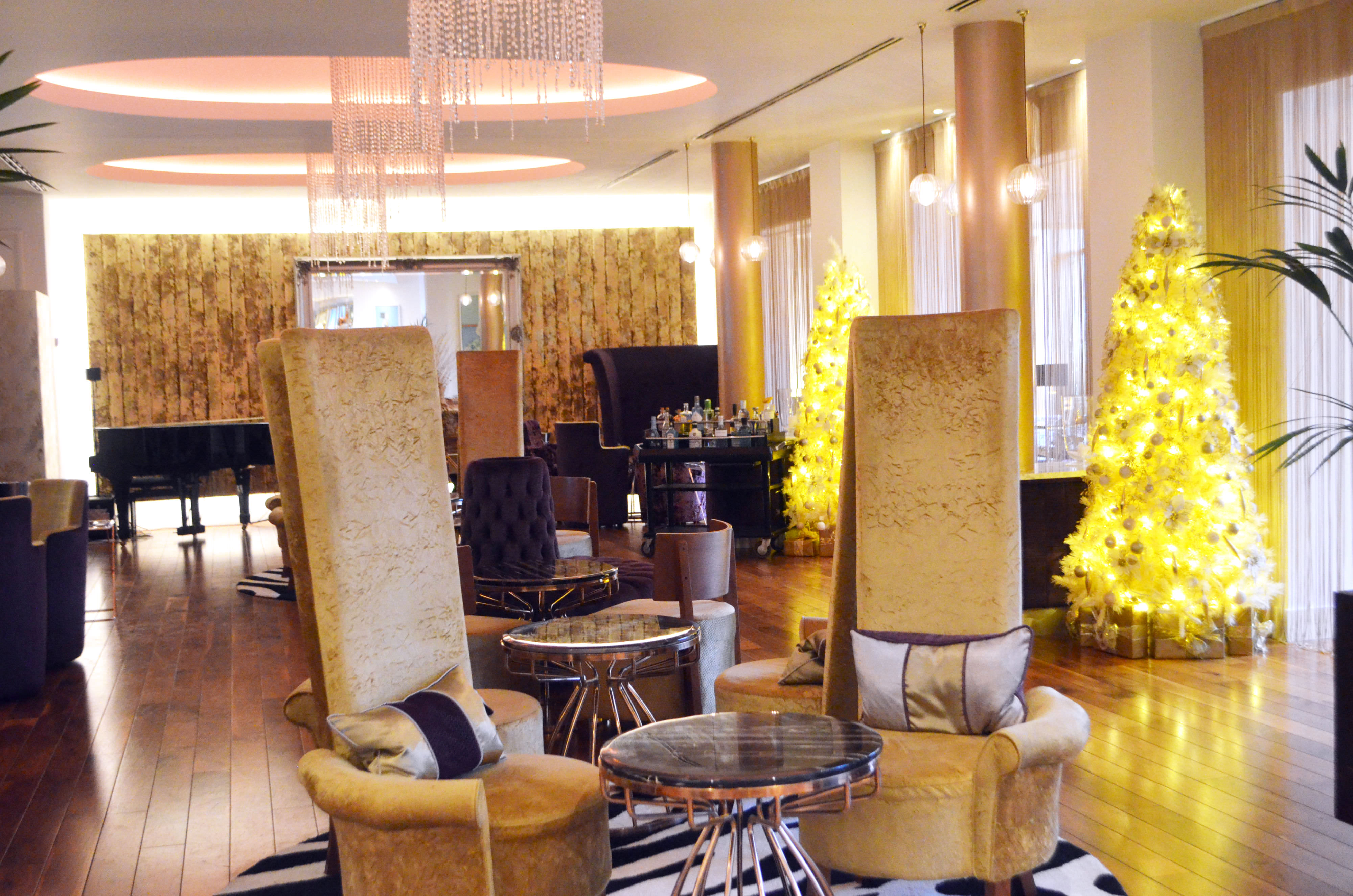 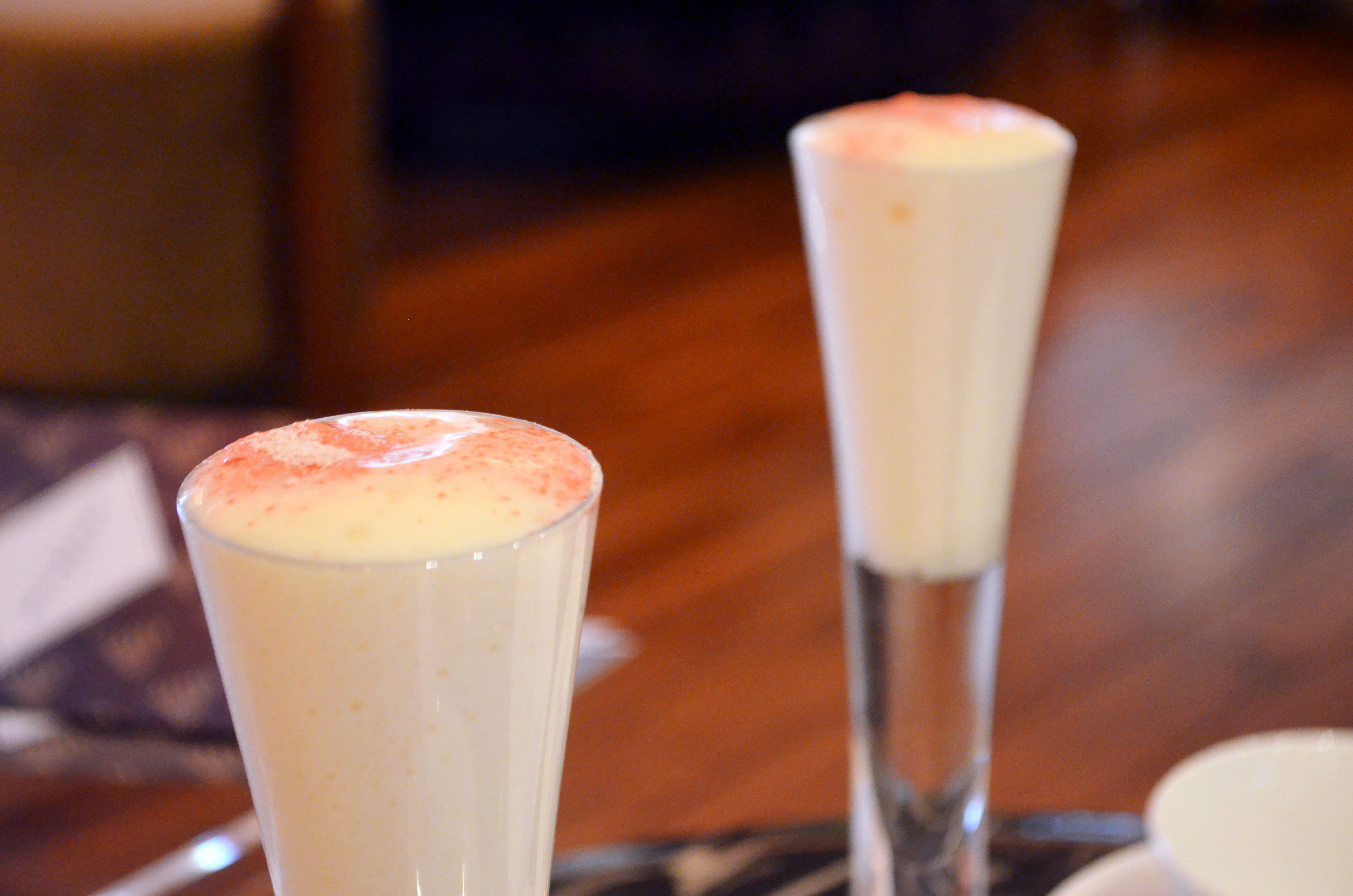 Après Skate, Sunny and I headed to The Mulberry Bar just off the lobby for a very special Christmas Treat.  On weekends running up to Christmas, The Mulberry Bar is serving a Festive Afternoon Tea for groups of up to eight.  I’d never had a normal afternoon tea let alone a festive one, so I had absolutely no idea what to expect – soggy cucumber finger sandwiches and teeny weeny cakes, maybe?  I definitely wasn’t expecting to come away feeling like I’d just scoffed a three course meal, but the funny thing was, I pretty much had!  After three courses of beautiful finger food (from smoked salmon éclairs and truffled hen’s egg brioche rolls, to fig and armagnac tartlets), including hot tea (Danish Pastry flavoured, of course…), a festive cocktail and mince pies to finish off, I was stuffed (…There was totally room there for a Turkey/Stuffing joke, but I’m going to spare you this time!)… Sunny pretty much had to carry me out.  And not a soggy cucumber sandwich in sight! 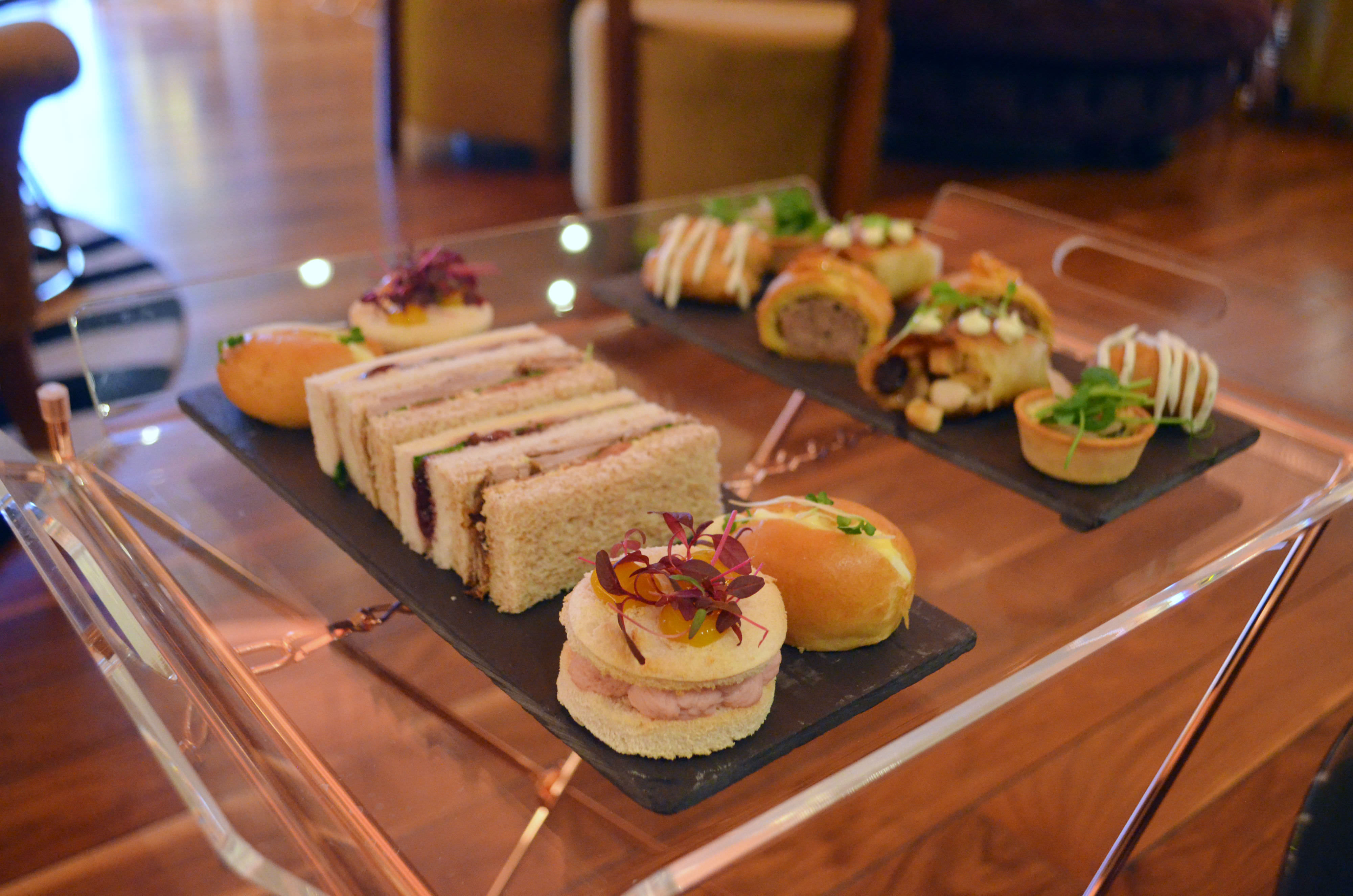 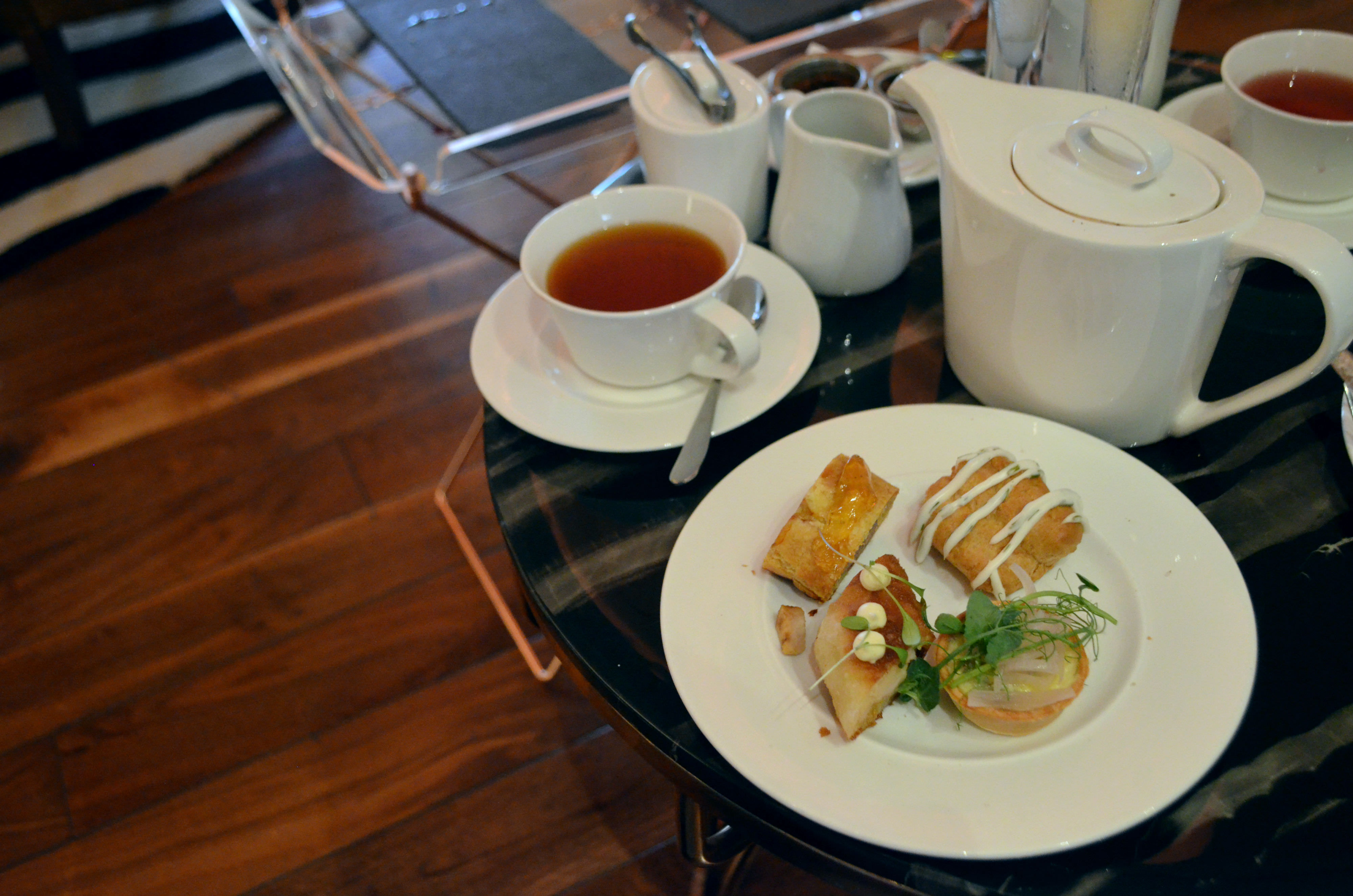 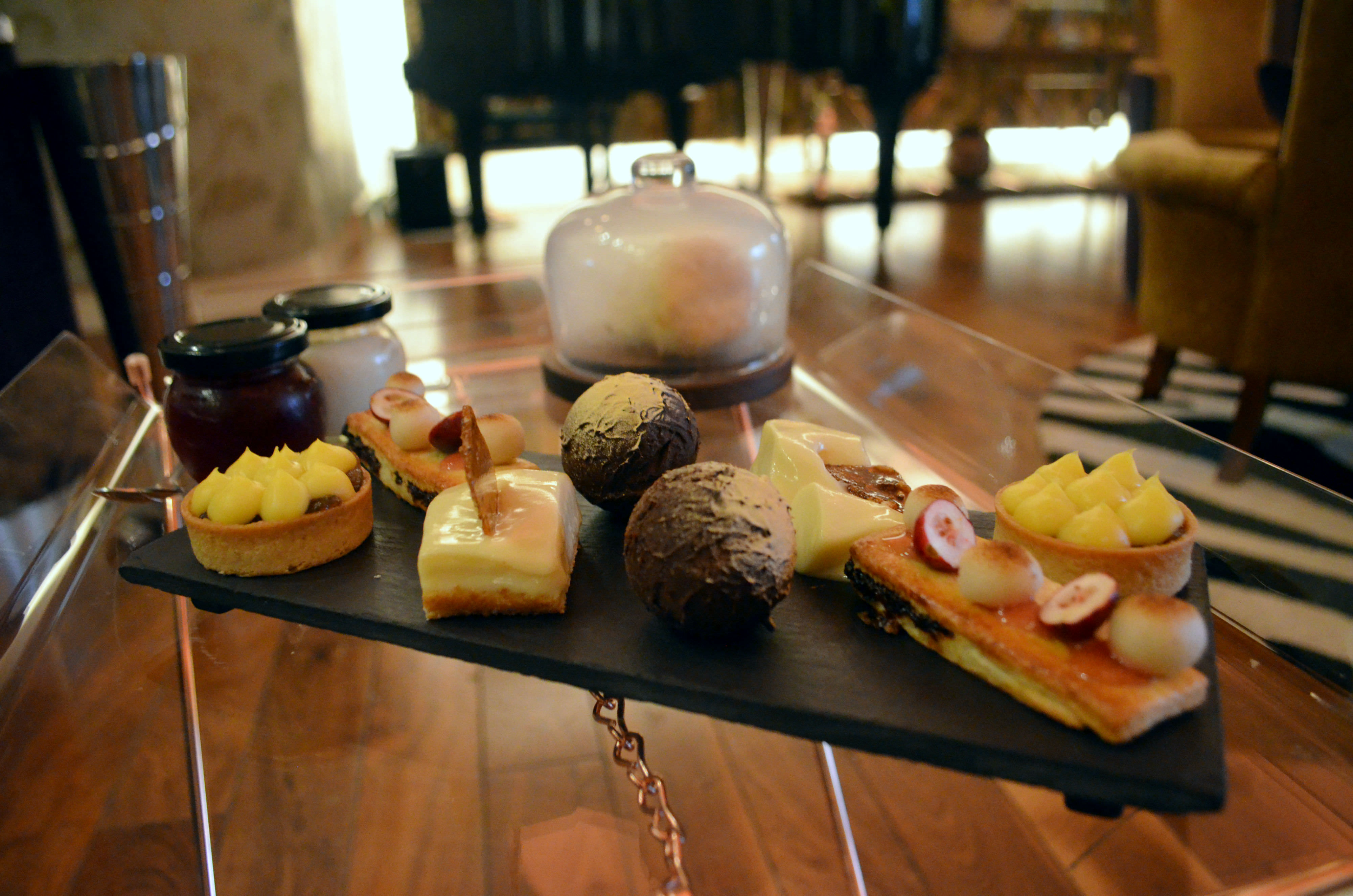 Thanks so much to the lovely lot at The Celtic Manor for inviting me – it was such a lovely treat!  🙂

4 replies on “*A Festive Afternoon Tea and Ice Skating”

Ooh festive afternoon tea – I’ve never come across one of those! Sounds like just the thing to kick off the festive season 🙂

This looks magical! Will have to get back to The Celtic Manor soon!

It’s a lovely place to go to feel Christmassy without having to brave the crowds in Cardiff!