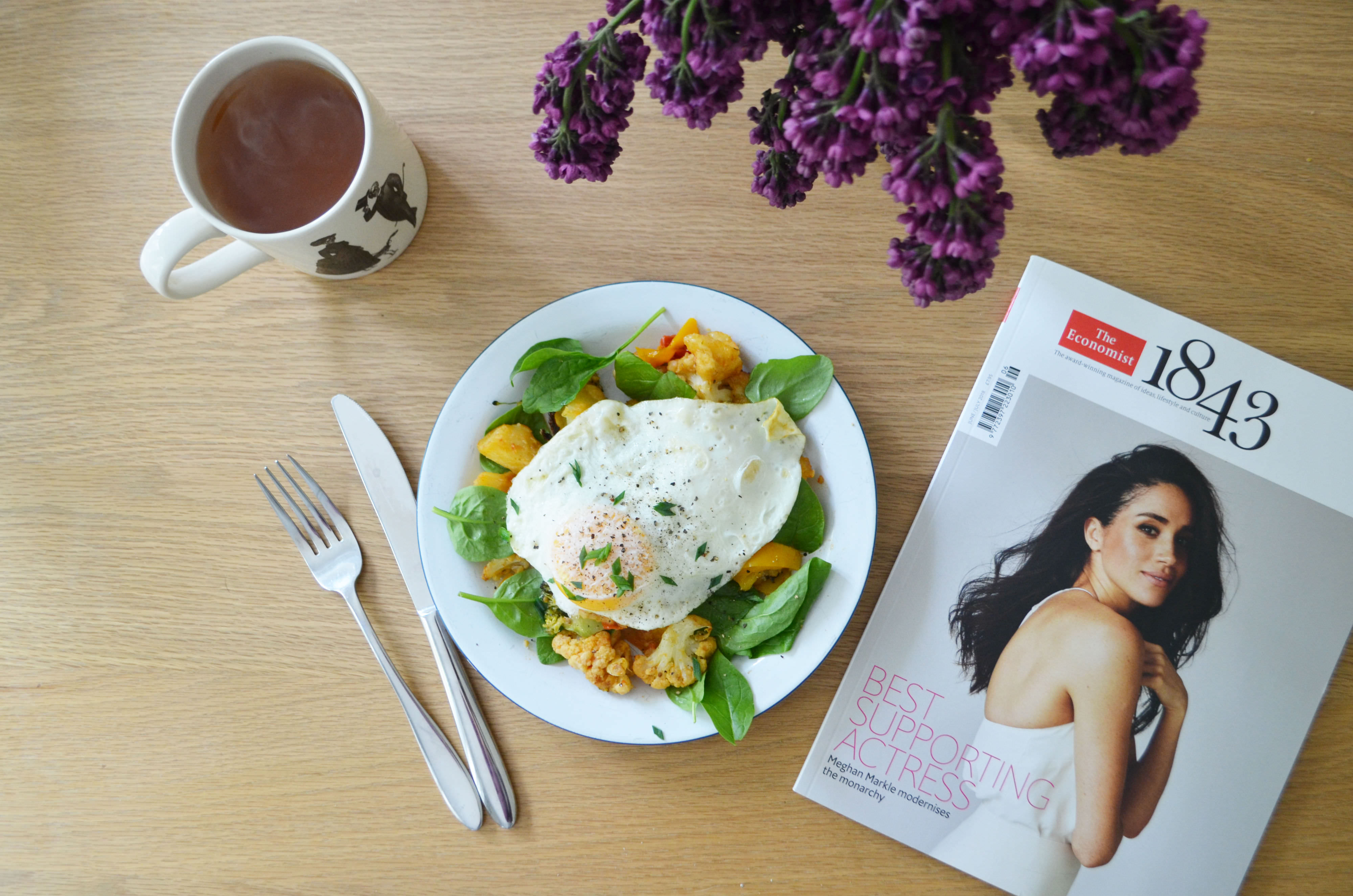 High five for Friday!  Hope you’ve had a lovely week, whatever you’ve been up to.  Hands up who’s excited about tomorrow’s royal wedding?  Up, down, up, down?  I wasn’t bothered at all, but I got really into Suits early this year and now I’m kind of… interested.  “Interested” is probably the most excitement you’ll get out of me on this one, but the more I read about Meghan Markle, the more I really like her (…I’ve been trying so hard to separate her from Rachel Zane).  Have you seen the video of her speaking out against sexist advertising when she was just 11?  She also used to blog (aside from “The Tig“, she’s also rumoured to be behind “The Working Actress”) and side-hustled as a calligraphist, and – let’s get trivial, shall we? – she and I share the same first name… which we don’t go by.  It’s Rachel, in case you’re wondering. 😉

Anyway, I want to see the dress so I’ll be tuning in for a bit at least.  So, other than stalking the soon to be Duchess of Sussex, what have I been up to? 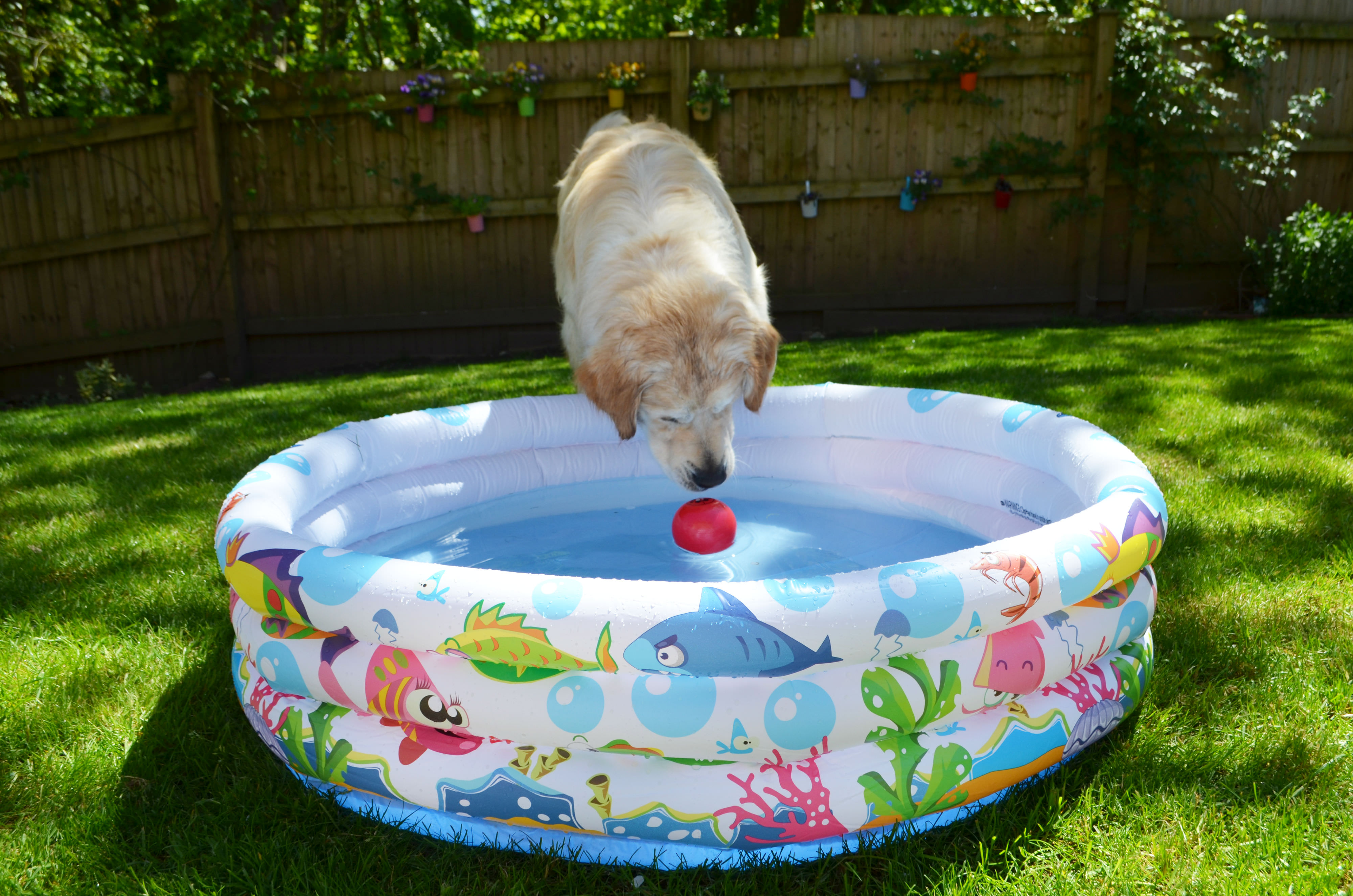 Earlier in the week I popped to Home Bargains for a few cupboard essentials and came away with a £2 paddling pool instead (*eyeroll* it’s always the way, right?).  The weather’s been so lovely that we’ve been out in the garden whenever we’ve had the chance, but – bless him – Bungle struggles a bit in the heat, y’know, due to the fact that he’s off the scale on the fluff-o-meter.  So I thought it’d be fun for him to have somewhere to cool off.  🙂  I kind of underestimated how bloody big he’s gotten though, I should have gotten a bigger one! 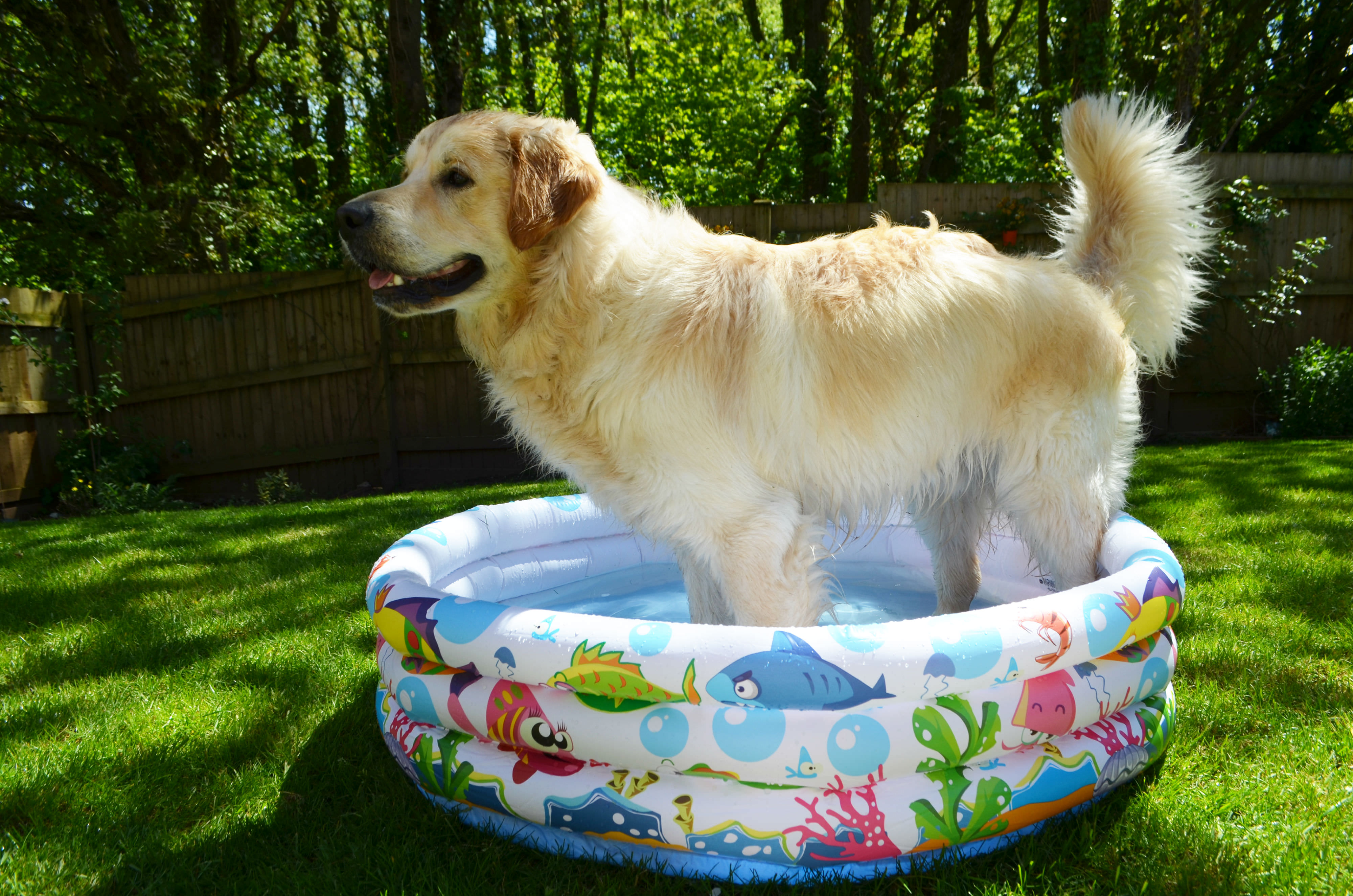 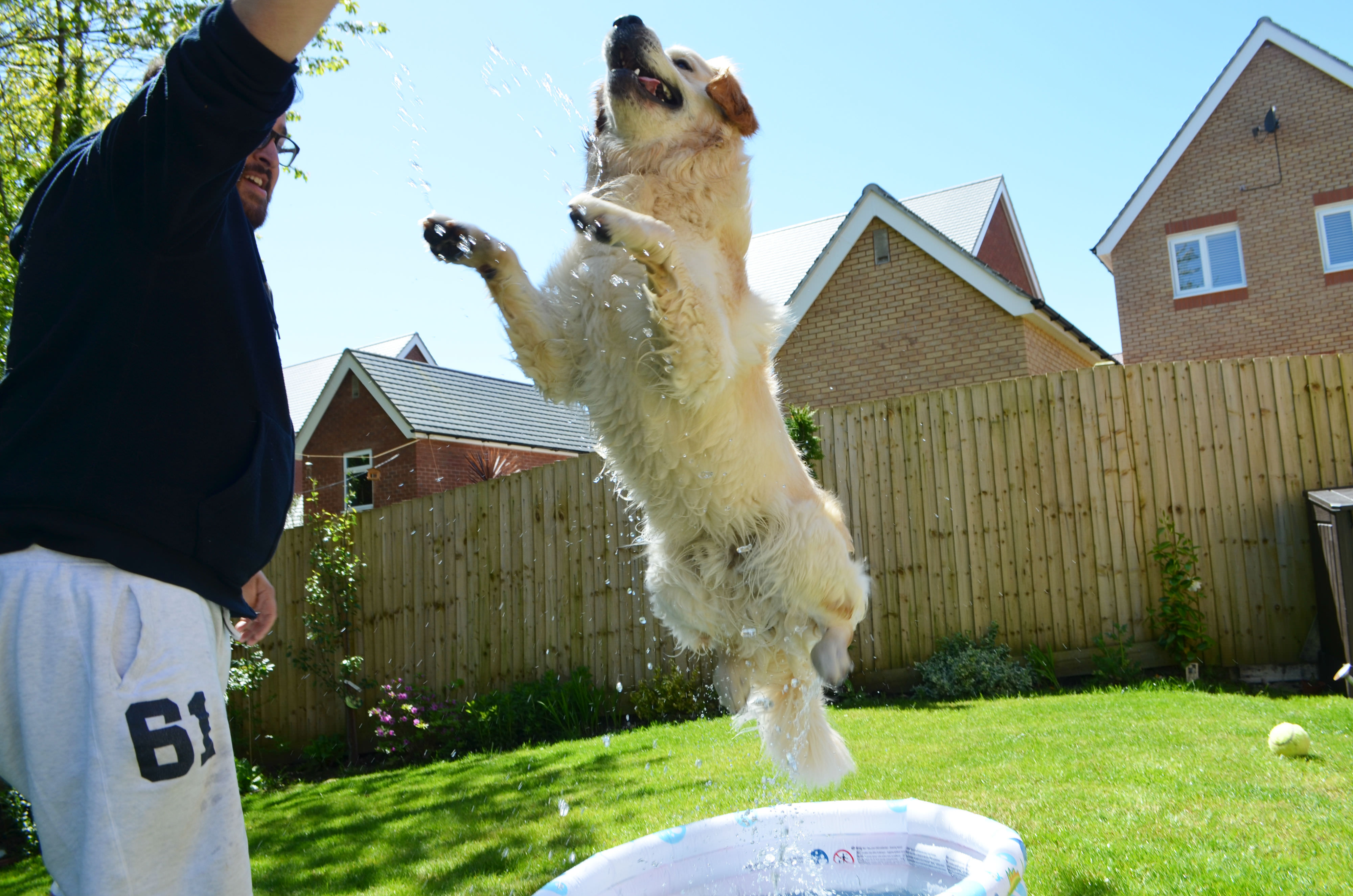 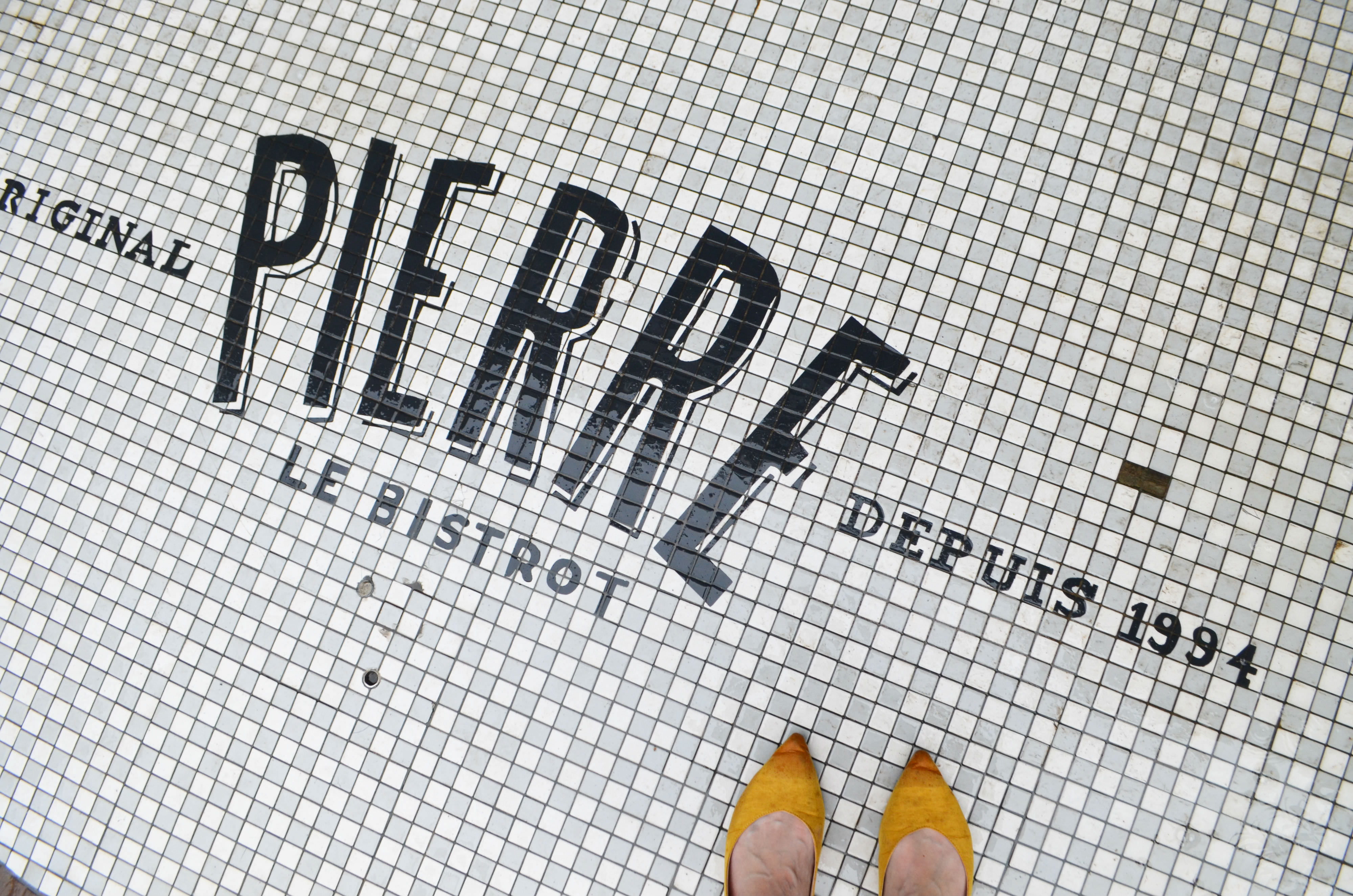 French restaurant chain, Bistrot Pierre, sent me an invite a few weeks ago to sample their new summer menu – so I met up with Sunny after work one evening and we hustled over to The Brewery Quarter (just off Caroline Street), excited to fill our empty stomachs with some lovely French Food and mon dieu, did we fill them alright. 🙂 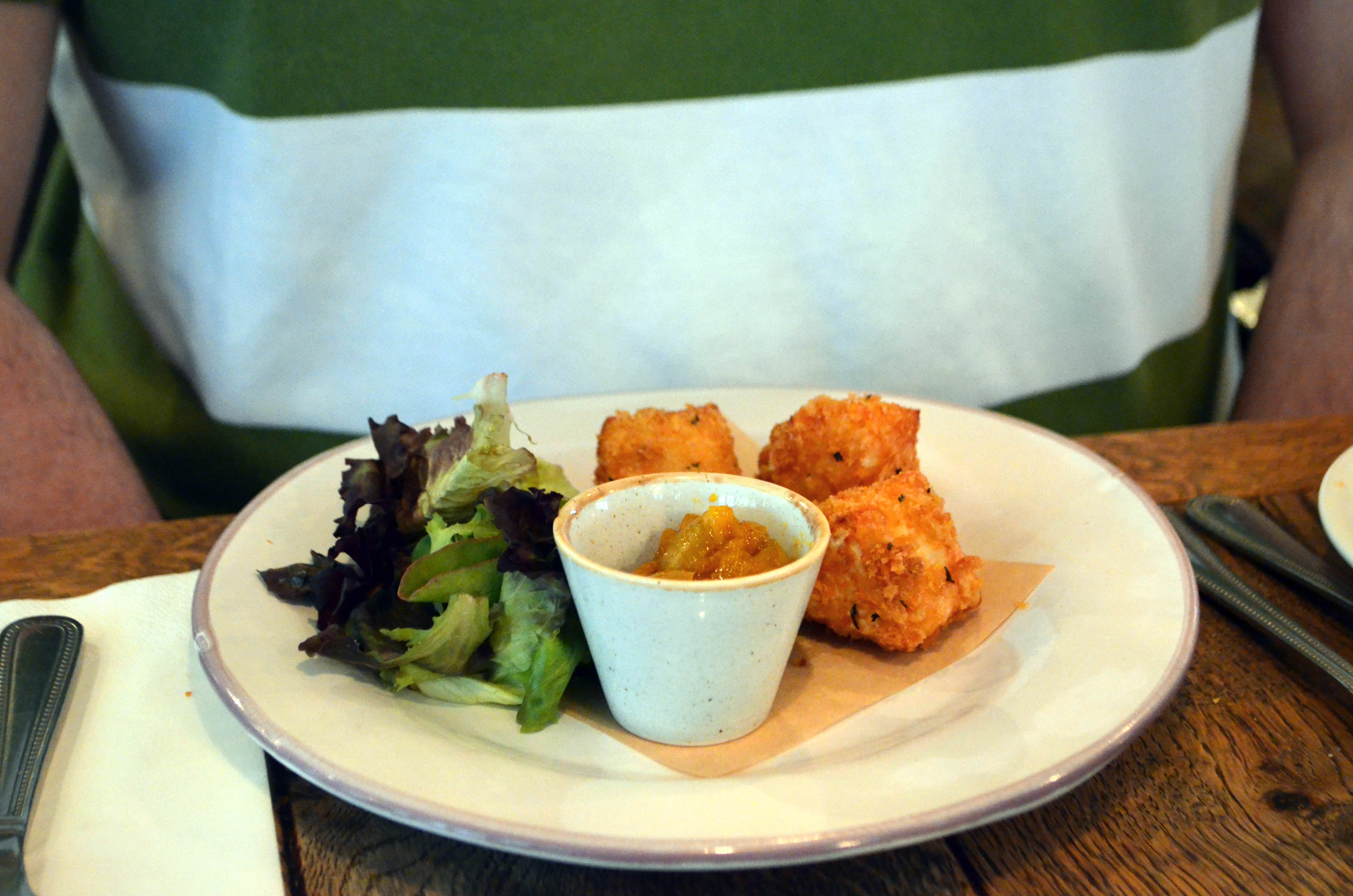 For starter, I had Calamari with a lovely garlic aioli dip, while Sunny opted for deep-fried brie – which I kind of wish I’d ordered – not because the calamari wasn’t delicious, but because why would anyone pass up the opportunity for deep fried brie!?  It was stunning, especially coupled with the spiced pear chutney.  Yum! 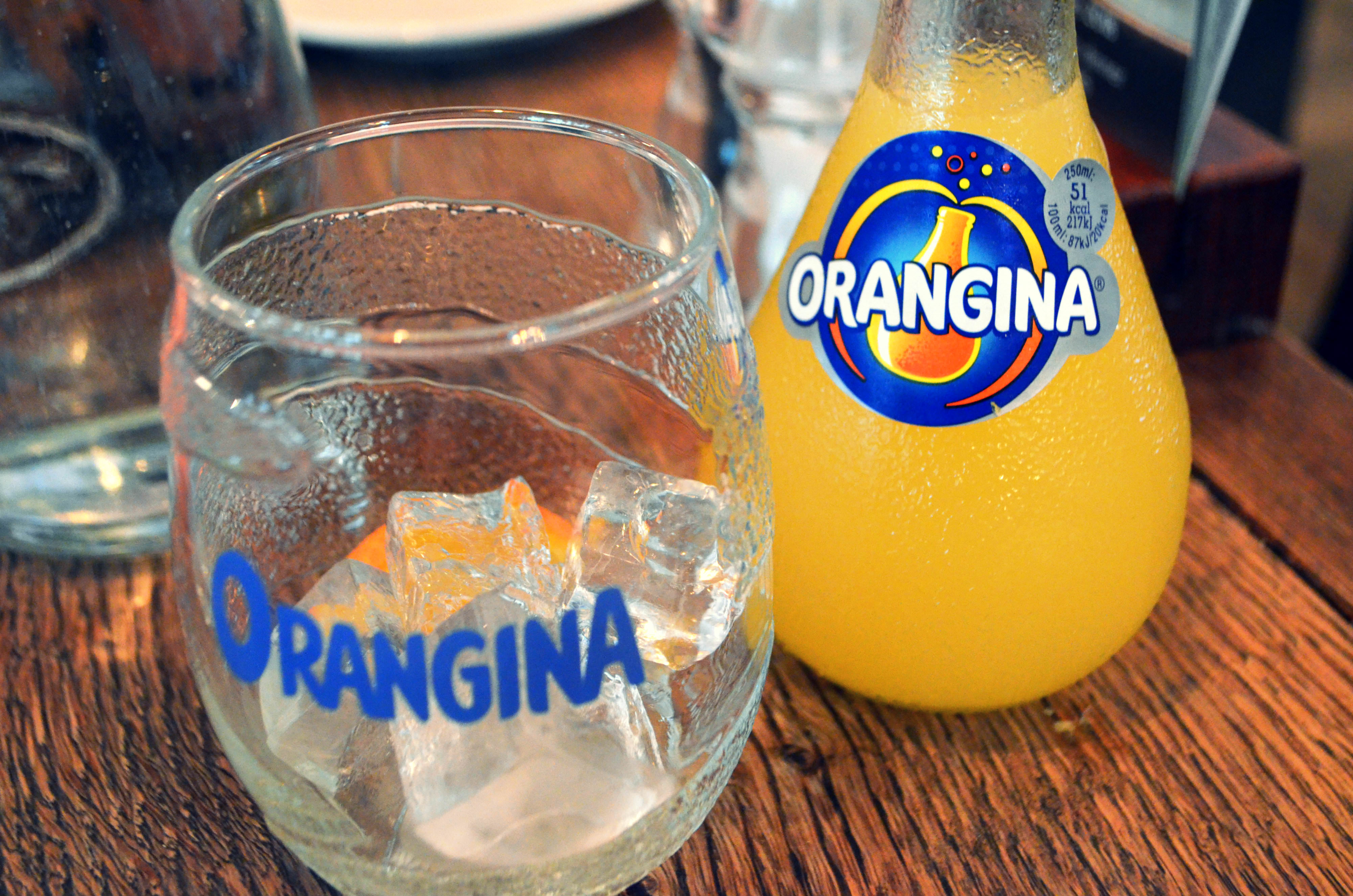 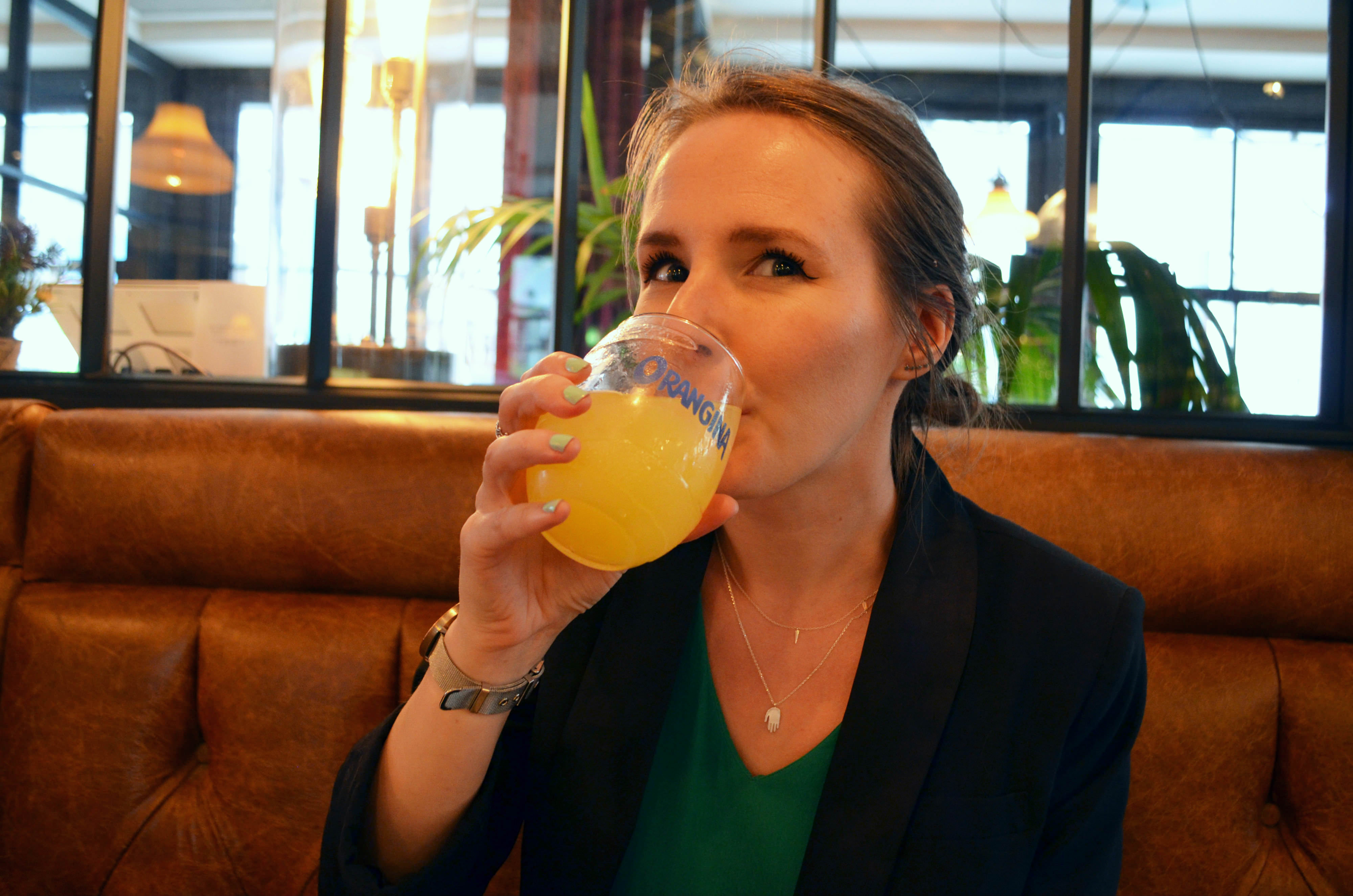 I couldn’t pass up the opportunity to order an Orangina.  Sunny rolled his eyes and called it “Cheap French Tango” which honestly made me want to throw my wedding ring at him.  I used to drink gallons of the stuff when I went on holidays to France as a kid – and to this day I can’t see a bottle without having a lame Proustian Moment of some of my favourite summers. 🙂 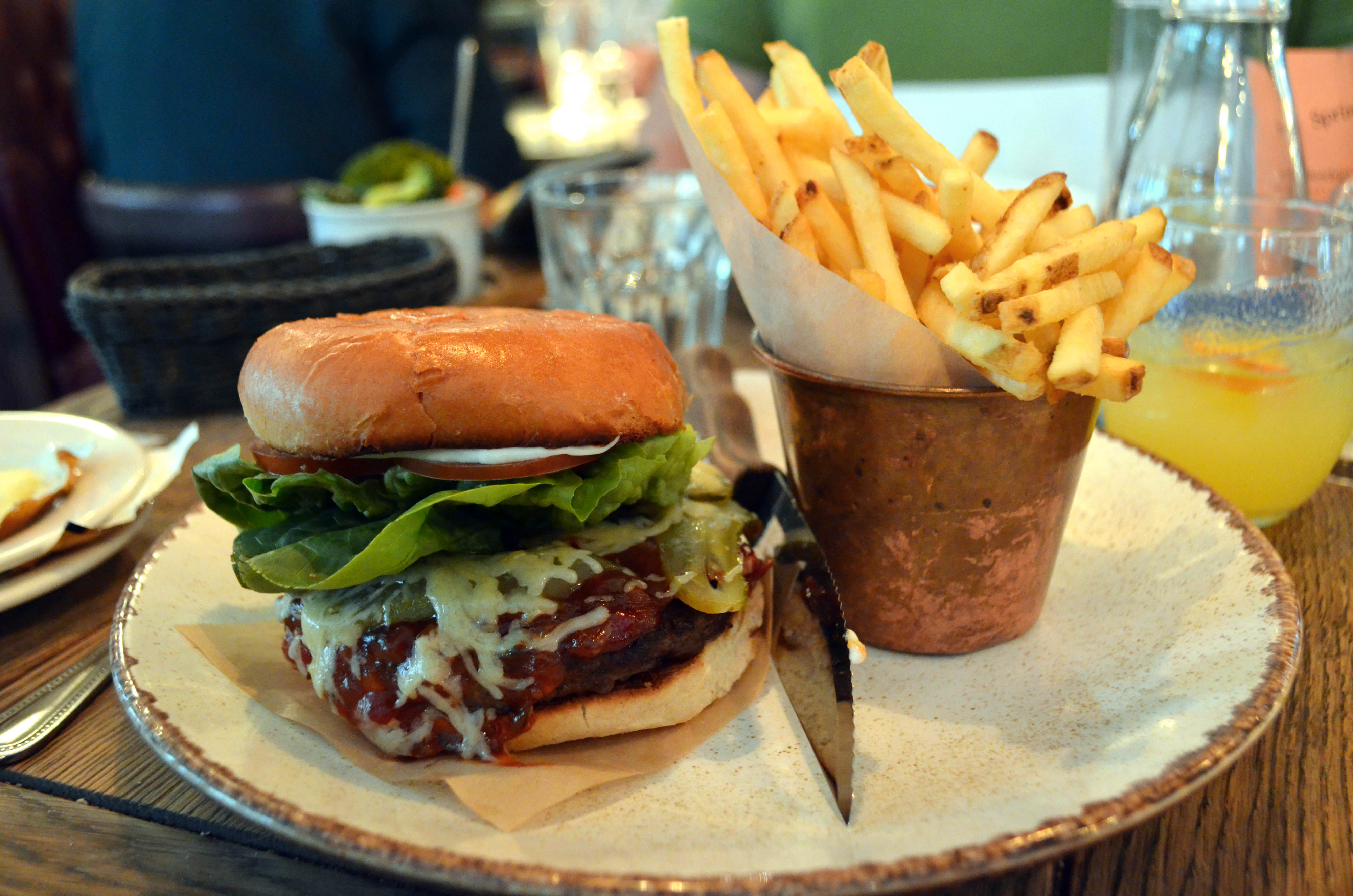 For main I had the Burger Maison which was huge and delicious and came with a bucket of pomme frites (très bonne), whilst Sunny was very happy with his choice of the Médaillons de porc which came with plenty of vegetables on the side (…although he couldn’t help sneaking a few of my chips, grrr). 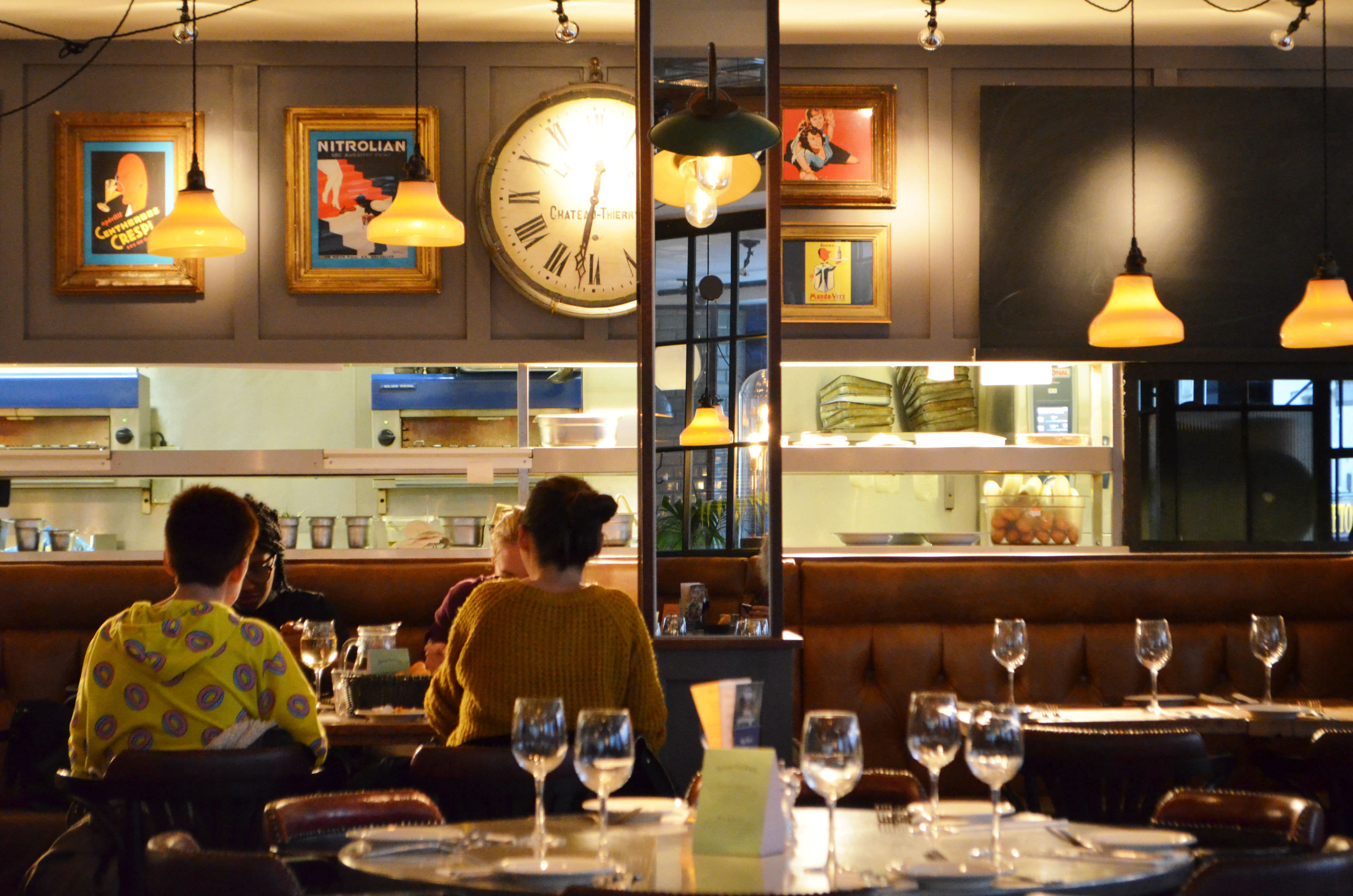 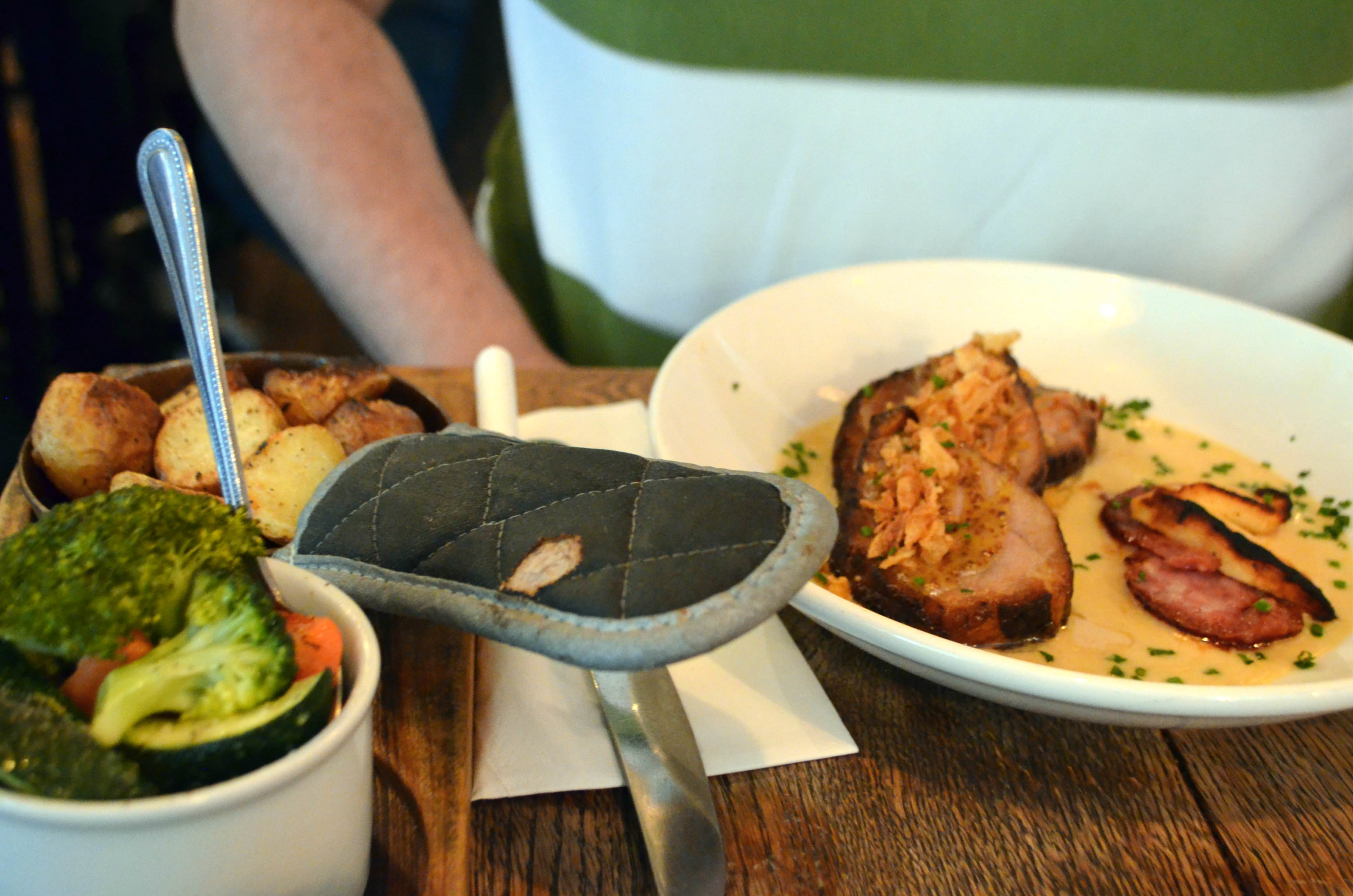 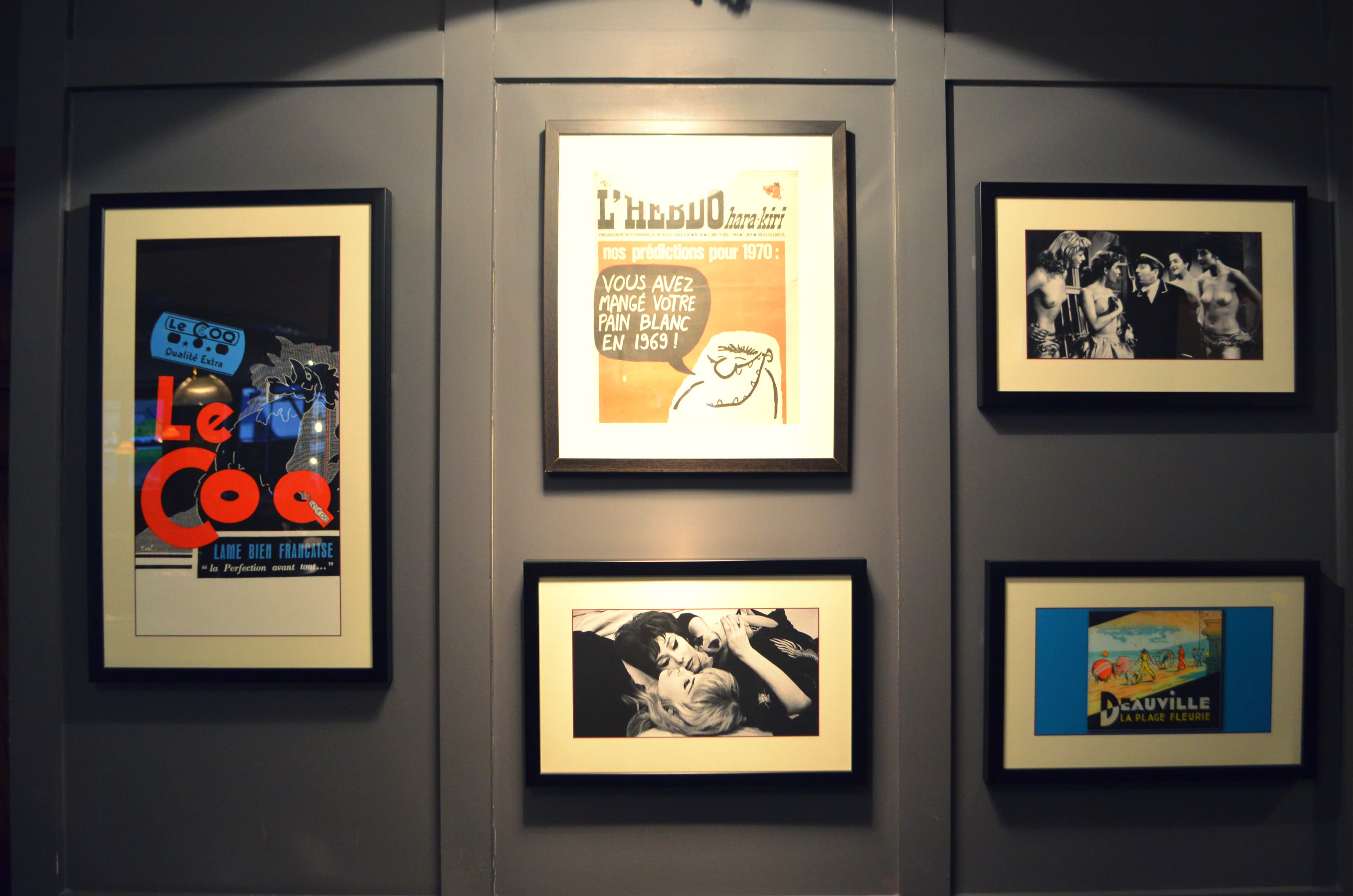 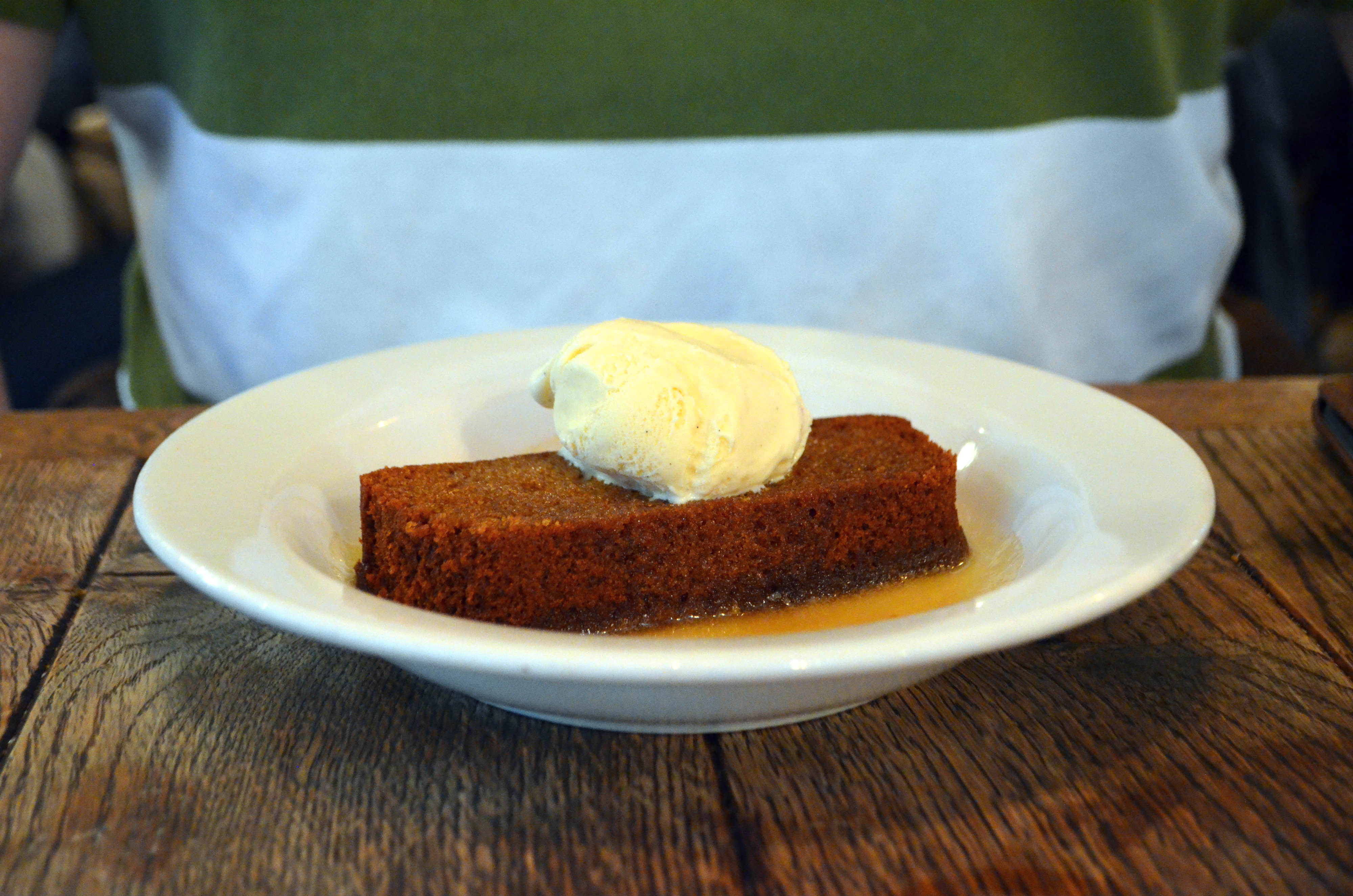 For afters Sunny bagged a winner again with the Gâteau au miel – a traditional Burgundian Honey cake – which, although it doesn’t look much on the plate, Sunny said was the best dessert he’d ever had and practically demanded that I learn how to make it.   I went for the classic Crème brûlée – I mean you’ve gotta, right? 😉 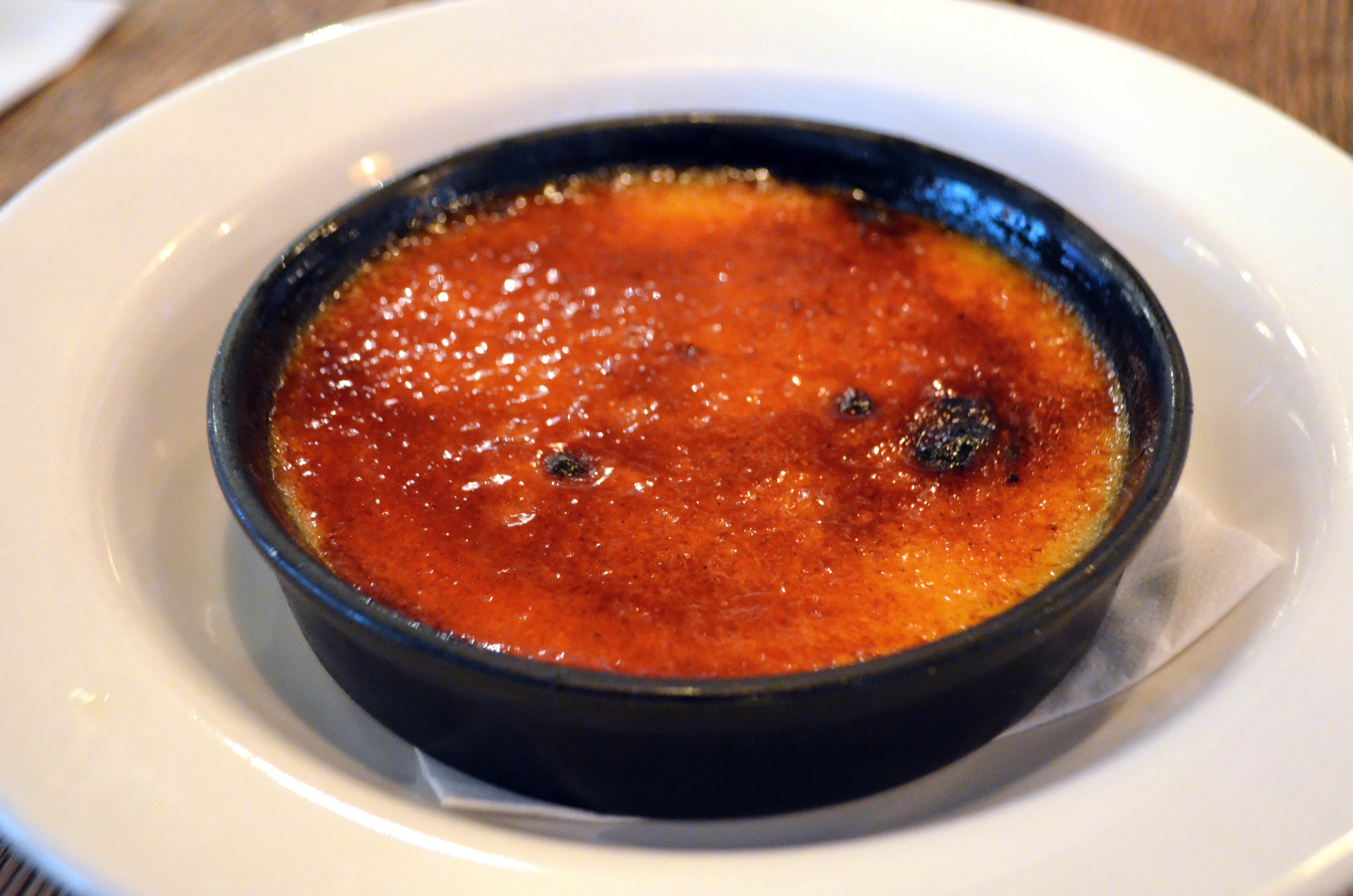 Huge thanks to Bistrot Pierre for the invite, we had a fantastique time and the food was absolutely banging.  I’d totally recommend if you’ve got a craving for some French fare – it made me desperately want to whizz down to Portsmouth and hop on a ferry to France 🙂  I’ve definitely got my eye on trying one of their gastronomy nights!  You can book a table at one of their many restaurants across the UK here.  I also have a code (LBP8X87H) which entitles each member of your booking group to a free drink with their meal (You can read the Terms and Conditions here). Nice!

Have a lovely weekend guys! 🙂

4 replies on “What I Did: Paddling Pools and *Bistrot Pierre”

Retrievers and Labradors, both as mad on the water as each other….my choc Labrador would have been in that pool too for sure. I am always blogging about him getting wet. Can’t believe you never took Bungle to the restaurant though…..

Your pics are all so pretty! I nominated you for the Liebster Award, you can check it out here http://psitsperi.com/2018/05/liebster-award-number-2/ 🙂

[…] remember me mentioning that Sunny and I completely fell in love with the honey cake we tried at Bistrot Pierre last week, so, with the taste of that fresh in my mind I decided to try and make something […]