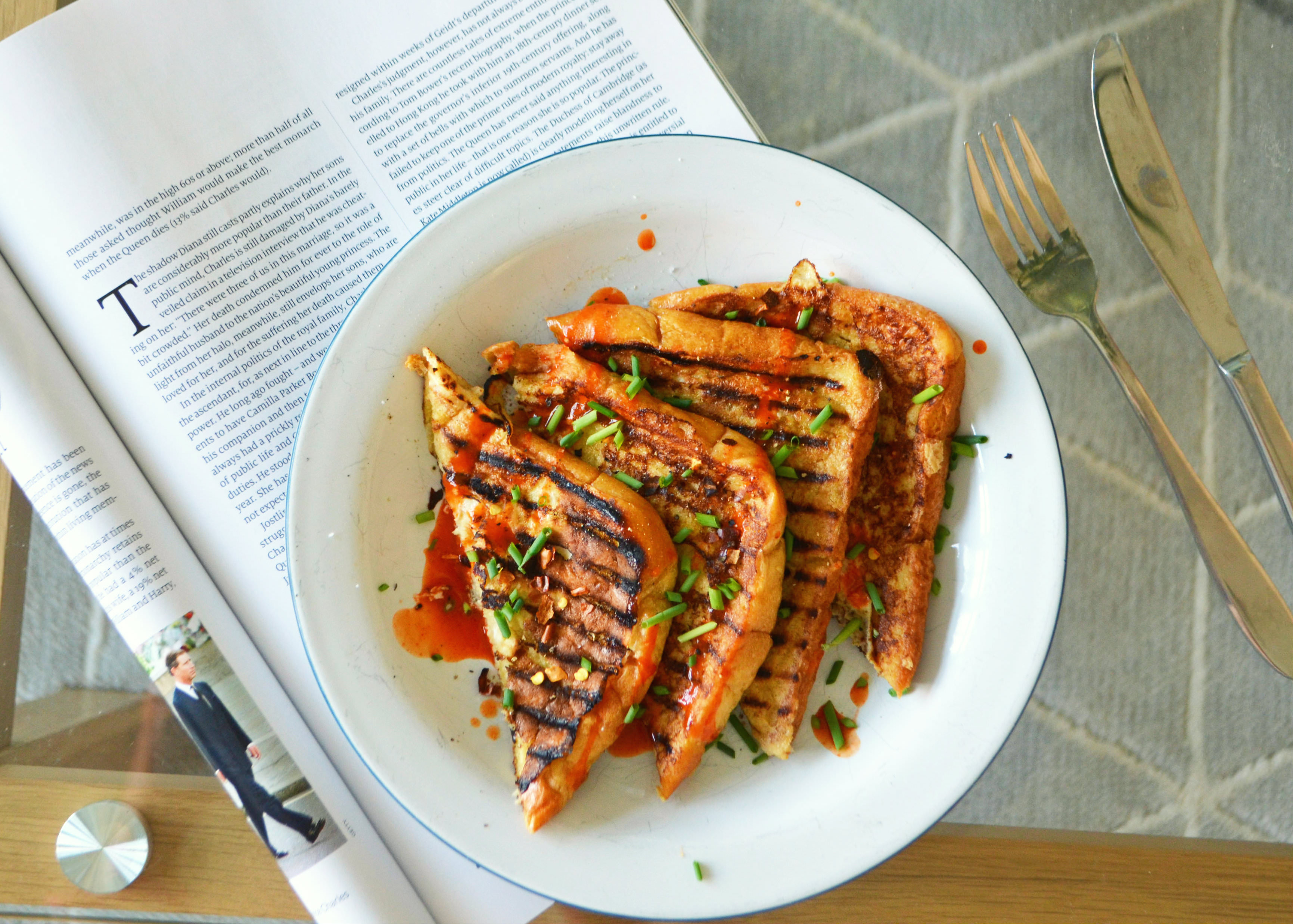 I’m a sucker for a bit of French Toast on a Saturday Morning.  Simple and satisfying, it’s something I tend to whip up when I fancy eating something a bit special on the weekend, but can’t be bothered to put in the arm work.  I like to use brioche bread when I make mine, whisk some cinnamon into the mix and egg mix before I dunk, and then sprinkle with plenty of powdered sugar.  Buuuuuut, the classic cinnamon and powdered sugar combo can get a boring after a while.  So, if you fancy trying something a bit different, here are four ways to mix things up and make your French Toast a lil’ bit extra.

French Toast doesn’t HAVE to be a sweet thang.  Instead of the cinnamon and powdered sugar, mix it up with some paprika, chopped chives and hot sauce instead.  There are plenty of toppings you could try with this one; add some bacon, mushrooms, cheese, roasted tomatos… the possibilities are endless. 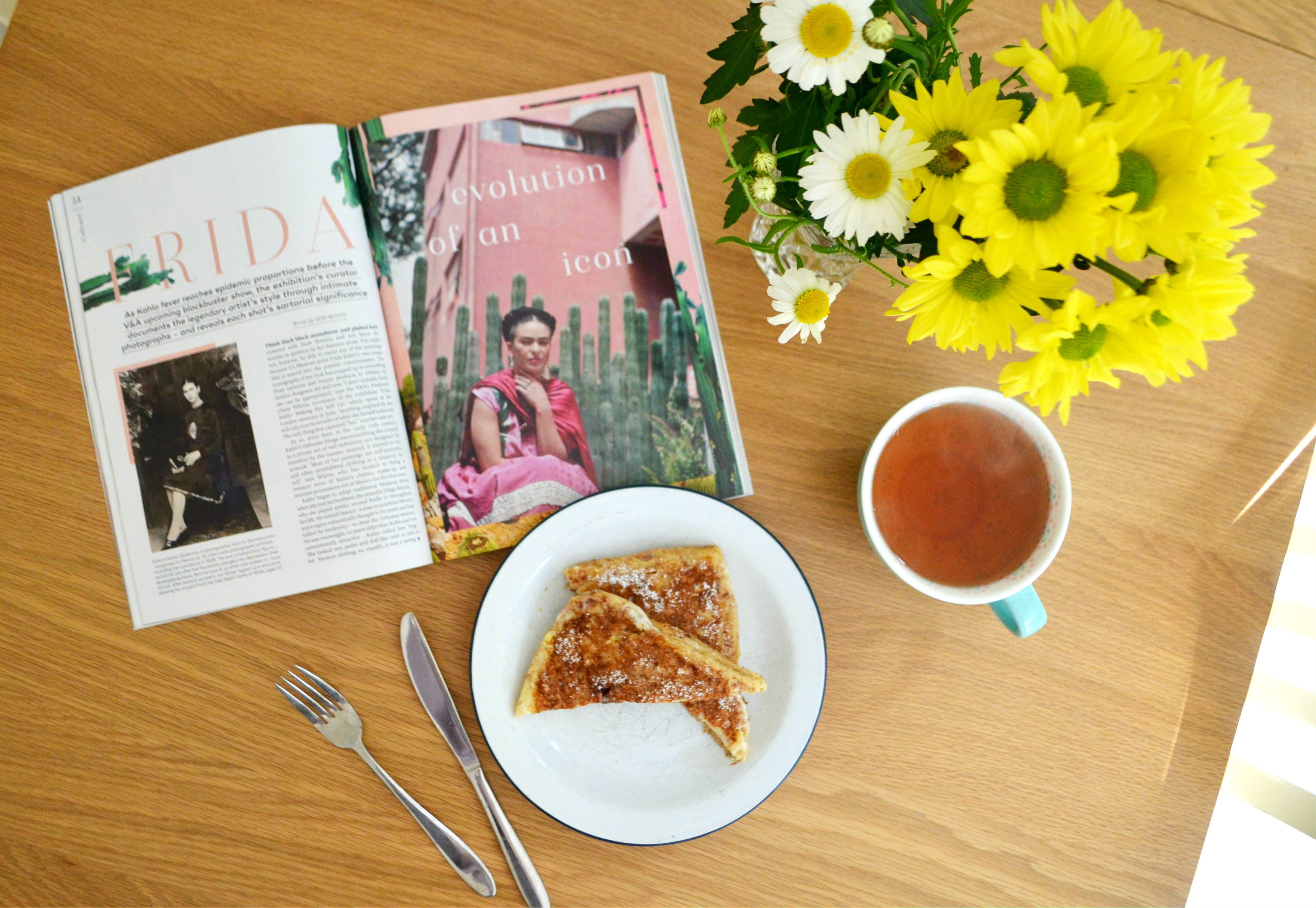 Instead of just dunking one slice of bread or brioche, why not dunk two at a time with something tasty sandwiched between?  Again, the possibilities are endless with this one; I like making a bit of Bakewell Tart flavoured one by sandwiching jam and almond butter together and topping it off with some flaked almonds and dried cherries.  You could sandwich them with peanut butter, nutella, or you could even go savoury with cheese.  Yum!

This is genius.  Once you’ve dunked your french toast into the milk and egg mix, add a crunchy coating by dunking it in a bowl full of crushed cereal.  The result is essentially battered French Toast – how awesome is that? I like to use Frosties, but you could literally use any cereal you fancy.  Coco Pops?  Go for it.  Cheerios?  Why the hell not?! 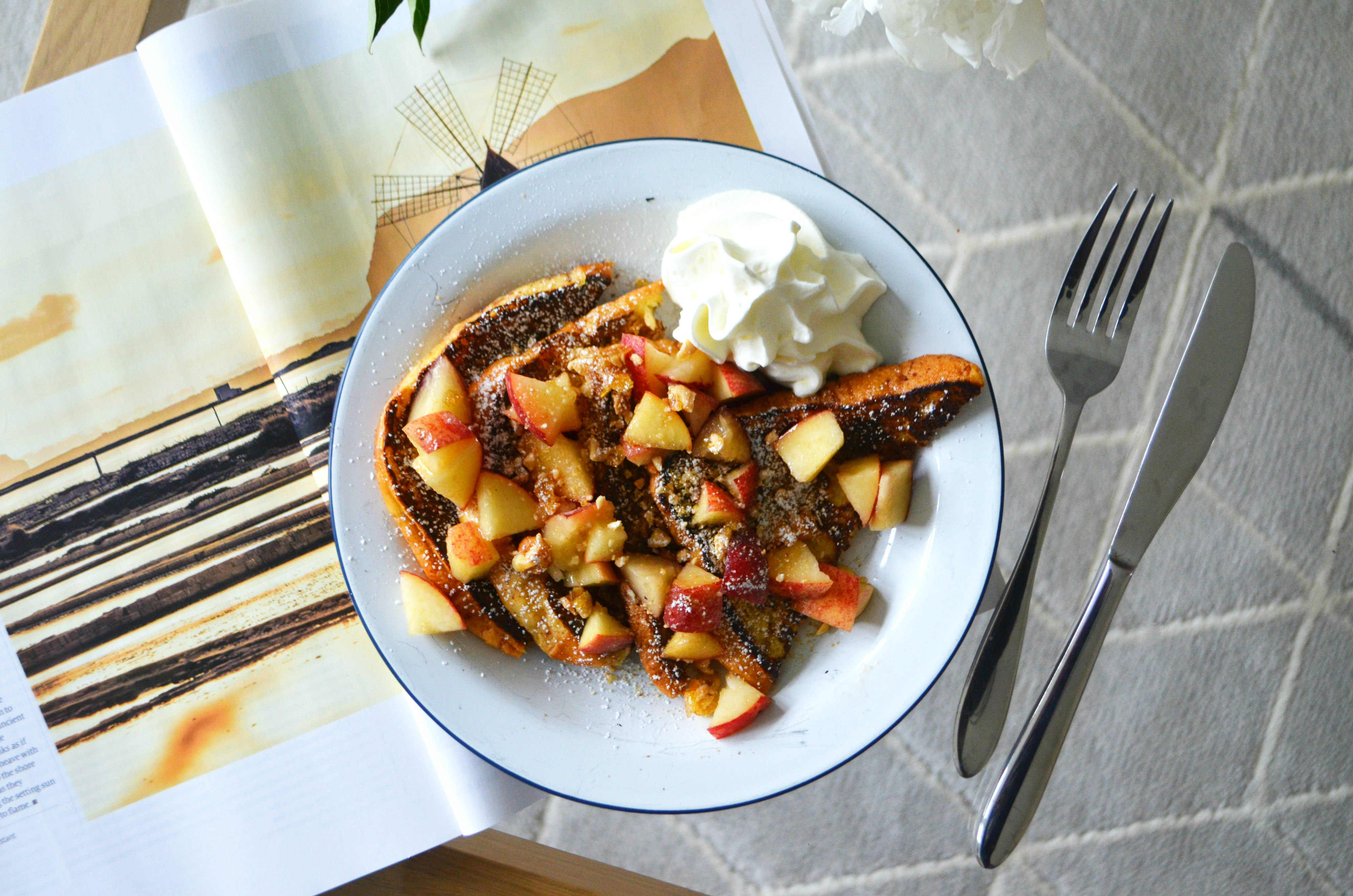 Another really easy way to play around with your French Toast is to top it off with something special.  You could use strawberries, or smashed avocado on savoury ones, but personally I love me some grilled peaches, praline and a hefty blob of whipped cream.

What’s your favourite French Toast recipe?  Let me know in the comments!  Have a fab weekend you guys! 🙂

I’ve always loved making sandwiched French Toast. Nutella (with plenty of cinnamon in the egg mix) topped with fresh strawberries has always been my fav, but for an early lunch sandwiching cheese and ham is always good, especially if you use a bit of parmesan in the egg (it goes super crispy!). Yum!

Oooh nice! You can’t go wrong with a nice big dollop of nutella! 😉

I never make French Toast at home, I definitely need to remedy this! x

DO IT. It’s yuuuuuuuum (and easier than it looks!) 🙂

Never been one to make french toast at home because I’m lazy as hell, but these ideas are definitely giving me the motivation to!

It looks way more complicated than it is. The messy bit is dunking the bread but after that it’s easy peasy 🙂

I love it – it sounds ridiculous but totally works 🙂

[…] jam then check out some of my Favourite Egg Recipes here, a whole post on Fabulous French Toast here, as well as Five Lazy Breakfast Ideas here.  Breakfast food is my favourite food, in case you […]

[…] Serve fresh and warm from the oven with butter, or for breakfast as French Toast. 🙂 (Check out my favourite French Toast Recipes here) […]