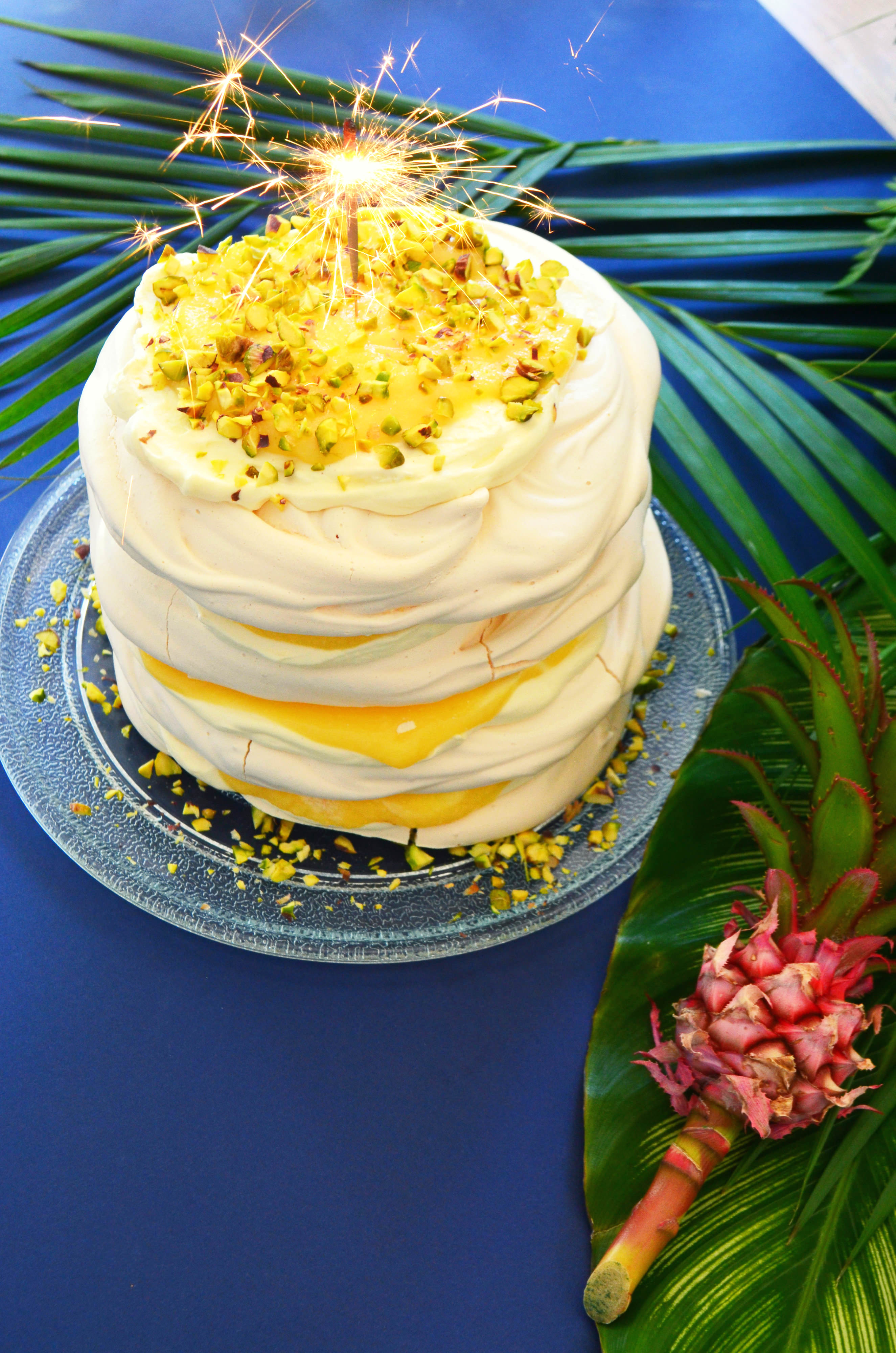 It was my Mum’s birthday over the weekend and since we’re still in the middle of a heatwave I decided to do something a little bit different instead of baking the ol’ tried and true sponge cake.  If there’s one thing I remember about dinners in my house as a kid, it was the prepacked meringue nests my Mum used to buy from Sainsbury’s to make impromptu pavlova for afters (sorry, Mum, I know… I meant “pudding”).  So I thought I’d give it a go from scratch and make a pina colada flavoured one complete with pineapple curd, coconut cream and a healthy splash of rum.

For the Meringue Layers:

Tada!  I decided to give Instagram TV a go the other day, so you can catch a video of me making this recipe over there.  It was my first attempt at making a video with a voiceover, so let me know what you think! 🙂

Looks so yummy. Definitely on the list to do this summer break

There is no sugar quantity shown in the ingredient list for the curd, although it is one of the first items needed in the method!

Oops! Thank you for letting me know! It should say 100g of sugar. 🙂