I finally got around to carving up my pale pumpkin today, and I was faced with that annual dilemma; what the hell do I do with all those pumpkin guts?  I’ve been guilty of just chucking it all in the bin many a time, until last year, when I blitzed it all into a puree and attempted to make soup and pumpkin risotto.  But both were a massive flop and ended up in the bin anyway!  So this year I decided to make something sweet instead and settled on this spiced pumpkin traybake with cream cheese frosting and roasted pumpkin seeds on top.  I’m pretty happy with how it turned out… which is good, because there’s a whole tub of pumpkin goo in the fridge to get though!  I think I’ll be making batches loooong after Halloween is over with!  🙂 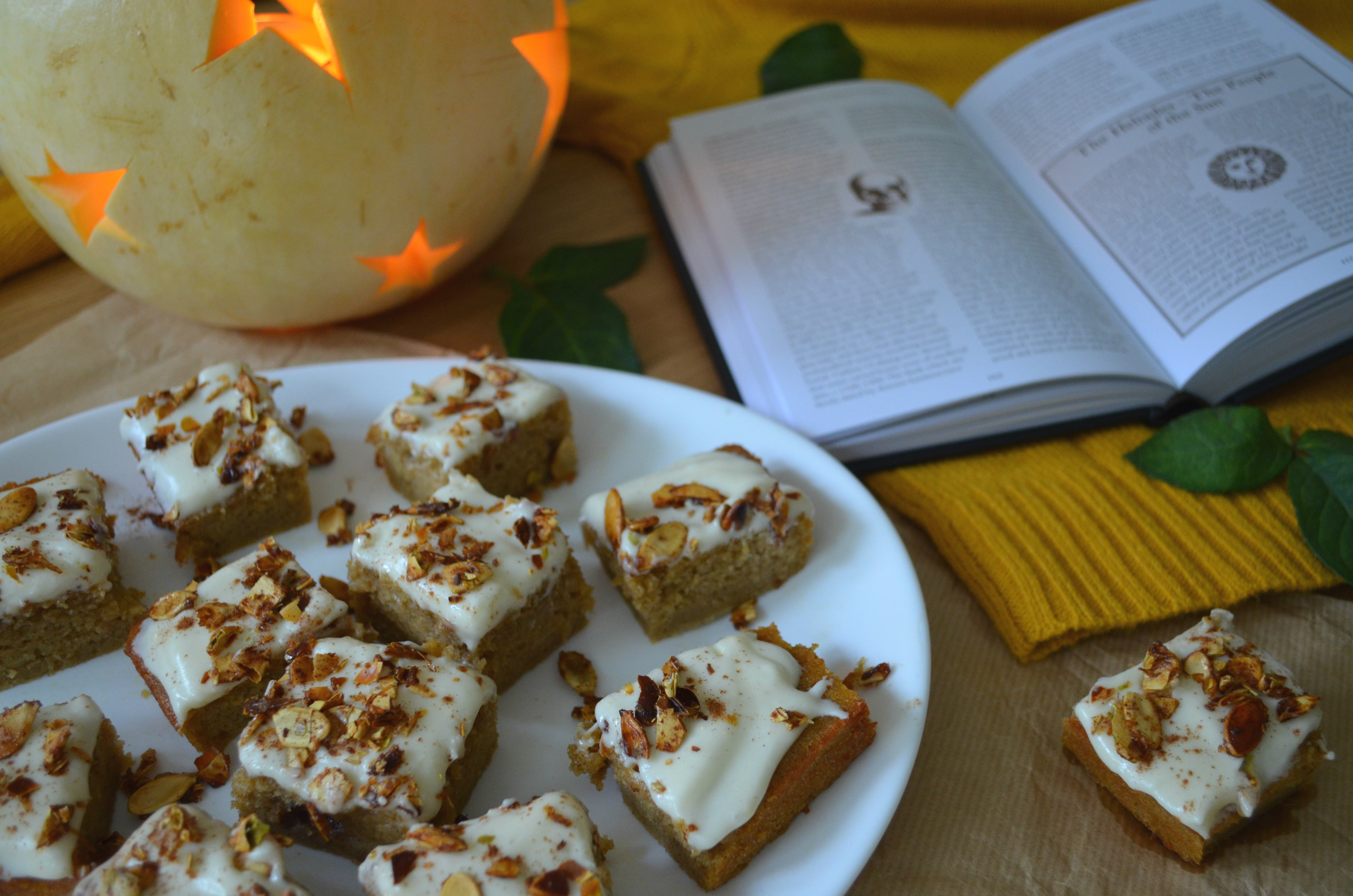 Hope everyone’s having a good week!  🎃

Ooooh I always throw my ‘pumpkin’ guts in the bin too, but turning it into cake sounds like a cracking idea! xx

I have in the past and always felt a bit bad! Smuggling them into a cake worked pretty well! 😊

[…] come up with ghoulish-themed grub that’s never been done before.  There was the year of the pumpkin guts traybake (don’t bin your carved pumpkin flesh!), and how about the ghostly ring doughnuts […]

[…] actually using up your pumpkin guts for once, then you can’t go wrong with this very easy Pumpkin Traybake. Full of spice and topped with a cream cheese frosting, this bake makes use of every part of the […]

[…] a waste! This year, why not put all the good stuff to good use and whip up this very, very easy Leftover Pumpkin Traybake which not only makes use of the pumpkin flesh, but also the seeds to make a crunchy […]