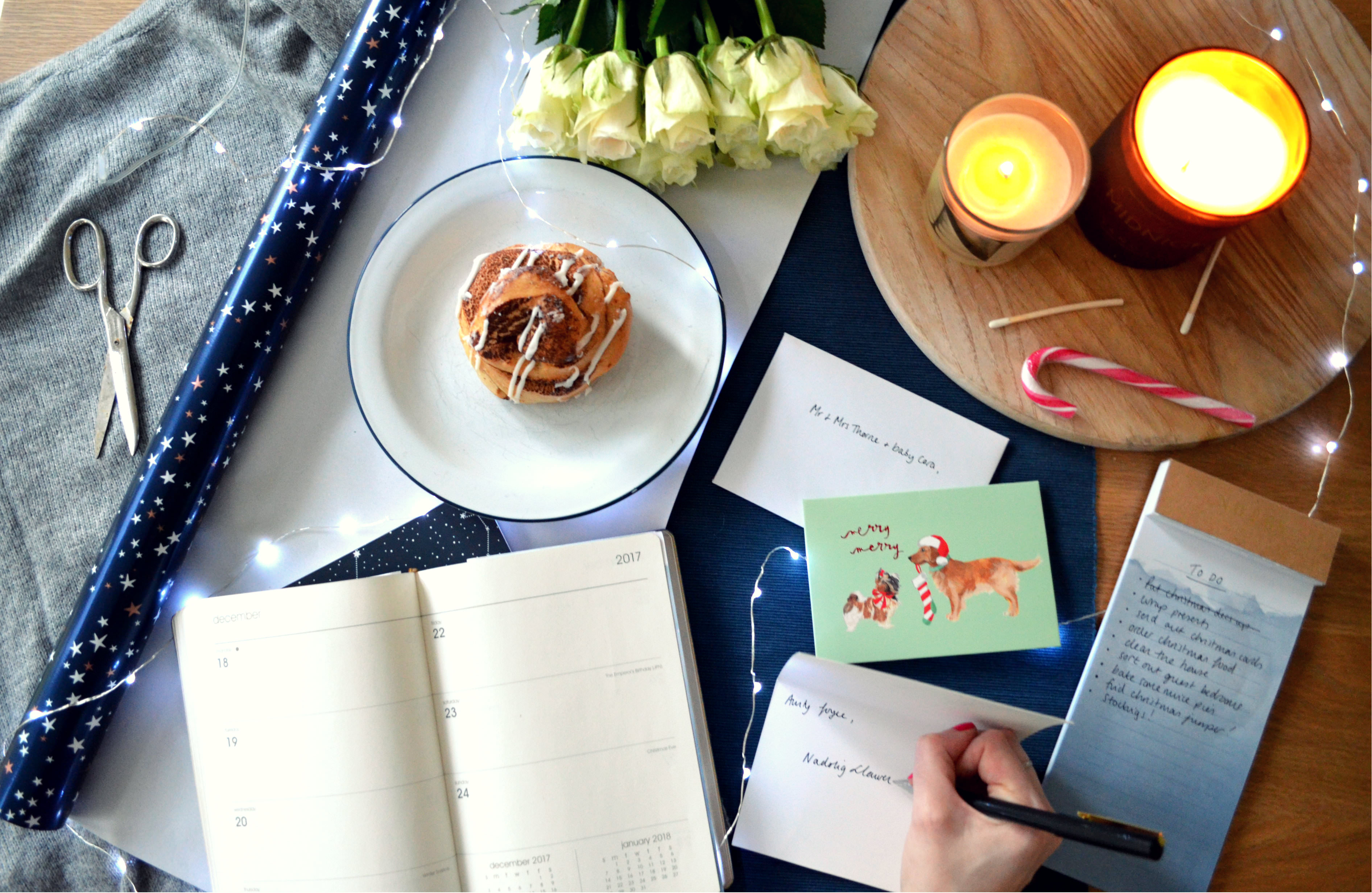 Last year Sunny and I hosted Christmas for the first time.  Buzzed about being in a brand new house – and finally one that was actually big enough to have people stay over – we invited everyone (and when I say ‘invited’ I mean insisted/pestered/begged everyone to come).  In the weeks running up to the big day we brushed off all the “Are you sure?”s and “It’s a lot of work for you both!” and “What can I bring?  How can I help?” and instead got excited about all the things we were going to do and the food we were going to serve and how we were going to make it the best Christmas ever.

And it was!  On Christmas Eve we put on a massive buffet complete with a massive Gingerbread Cake I baked myself, I managed to serve up Christmas Dinner on time and hot on the plate (even though I had to borrow my brother’s oven to fit all the food in!), and late nights spent playing game after game of Cards Against Humanity had us all in stitches.  But, by Boxing Day we were both exhausted; I felt like I’d been held captive in the kitchen for three days, and the pressure of herding everyone from room to room, coordinating games and keeping everyone watered and fed began to take its toll on Sunny.  By Boxing Day he was in a stinking mood and I was disappearing into the downstairs loo every now and then to have a gin-soaked sob.

So then what the hell possessed us to perform an encore this year?  Well, (and get ready to gag) because there was nothing better than having everyone crammed together.  Plain and simple. For the first time in our relationship, Sunny and I didn’t need to split the time between my family in Cardiff and his in London.  Instead, we were all together.  It was cosy and fun and full of colliding traditions, as well as the start of a few new ones.

It was lovely, and I enjoyed every second – even the difficult ones.  Plus, it has to be said, I’ve always been a bit of a Monica Geller when it comes to having people over (“I’m always the hostess!”).  I LOVE it.

But this year – with lessons learned from last year – we’ll be keeping it simple, and giving ourselves permission to let things spill, boil over and burn if it means we can spend more time enjoying Christmas with everyone.  🙂

Lesson One: Have a Game Plan (and keep it for next year!)

One thing we did pretty well last year was to plan ahead.  Ahead of time we decided exactly what we were going to be eating on Christmas Eve, Christmas Day and Boxing Day, made space for everything in the fridge, and got the house looking clean, tidy and Christmassy before everyone arrived.  Knowing that we didn’t need to pop to the supermarket for milk or brussel sprouts made things so much less stressful.  I used a notepad to keep track of everything, and even sat down with it before everyone arrived checking the cooking instructions on food packs and writing down timings.  It was a simple, but genius idea – having a cooking game plan for Christmas Day prevented burnt turkey and soggy sprouts!  Plus, I packed it away with the decorations so I’ve got something to go on this year.  Handy!

Of course, there is such a thing as being over-prepared.  Don’t be a Monica Geller!  There’s no fun in having a Christmas that’s too organised – it’s stressful for you, and no fun for your guests!  Some of the best moments at Christmas are the ones that are unplanned; last year Sunny and I woke up early on Boxing Day before everyone else and watched The Life of Brian together whilst scoffing a Chocolate Orange and it was perfect. Unscripted time to watch films, play games and snooze is what Christmas is all about!

Last year we wanted our family to have a fun and relaxing Christmas, which to us meant that they didn’t have to lift a finger or do anything, just enjoy themselves.  There were times last year where I wanted everyone out of the kitchen and shut the door because I had my game face on, was in the zone and wanted everything to be John Lewis Christmas Advert perfect.  I didn’t get that by doing that I was both literally and metaphorically shutting everyone out so they couldn’t help.  The truth is that having a spare pair of hands to load and unload the dishwasher (I felt like was constantly opening the dish washer last year!) or peel potatoes or hoover the kitchen wouldn’t be such a a terrible thing at all.

Lesson Four: Give Yourself a Break

This year we’ve got our pup Bungle to worry about too, but, having him around will mean that three times a day one of us will have to leave “Operation Christmas” to get outside and walk him.  It’s the perfect excuse to get out of the kitchen, get some fresh air and a bit of space.  It’s important, I think.  This year I’m going to give myself a break and take the time to chill out more and enjoy myself.

Fist bump if you’re hosting Christmas this year!  I feel ya! 😉

The title of this post made me literally laugh out loud because I am totally that person who would be crying in the cupboard but trying to keep up appearances. You do sound mad to do it all.over.again. but at least you know what to do and what not to do this time around! xx

Hehe! I went over the top last year – it’s going to be a more chilled affair this time round!

[…] wherever you were and whoever you were with.  If you read my post a couple of weeks ago about Hosting Christmas then you’ll know that Sunny’s Mum, Dad and little sister came to stay and that I was in […]

[…] other time of year), but it can also be really stressful (in fact, I wrote a whole post about it here).  So here’s my ten step guide to hosting a banging Christmas Party.  Cheers! […]