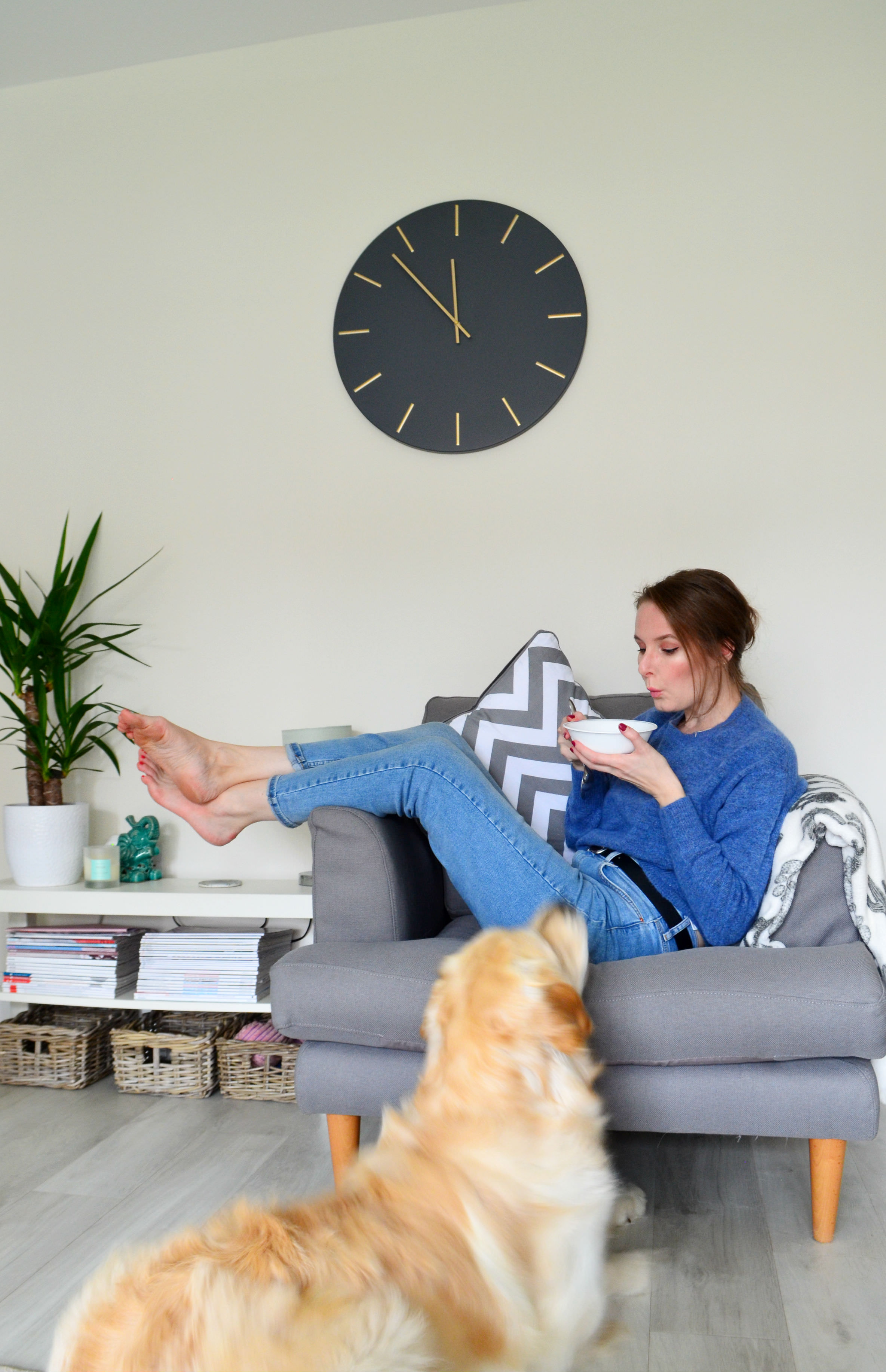 I’m a huge fan of porridge for breakfast (…and lunch sometimes!).  I LOVE it.  It’s warm, it fills me up ’til lunch, and – if you’ve got a sweet tooth like me – you can easily fool yourself into thinking you’re having dessert for breakfast – depending on what you put in it.  And there are just so many different flavours and toppings to play with!  Porridge doesn’t have to be that gloopy bowl of gruel that Oliver Twist wanted more of and I dare anyone to tell me that it’s a boring breakfast.  But just in case you are one of those people who’s yet to fall in love with it, or are looking to change up your usual, here are five ways to sex up that steaming bowl o’oats that’ll have you begging for more.  (“Mooooooooore?”)  😉

Before you can even think of playing around with flavours and toppings, the best way of ensuring a tasty bowl of porridge is to perfect the base recipe.  Ditching the microwave and instant sachets doesn’t have to be a hassle; doing it by hand will give you a much creamier and tastier porridge – and it doesn’t take as long as you might think.  Here’s my go-to: 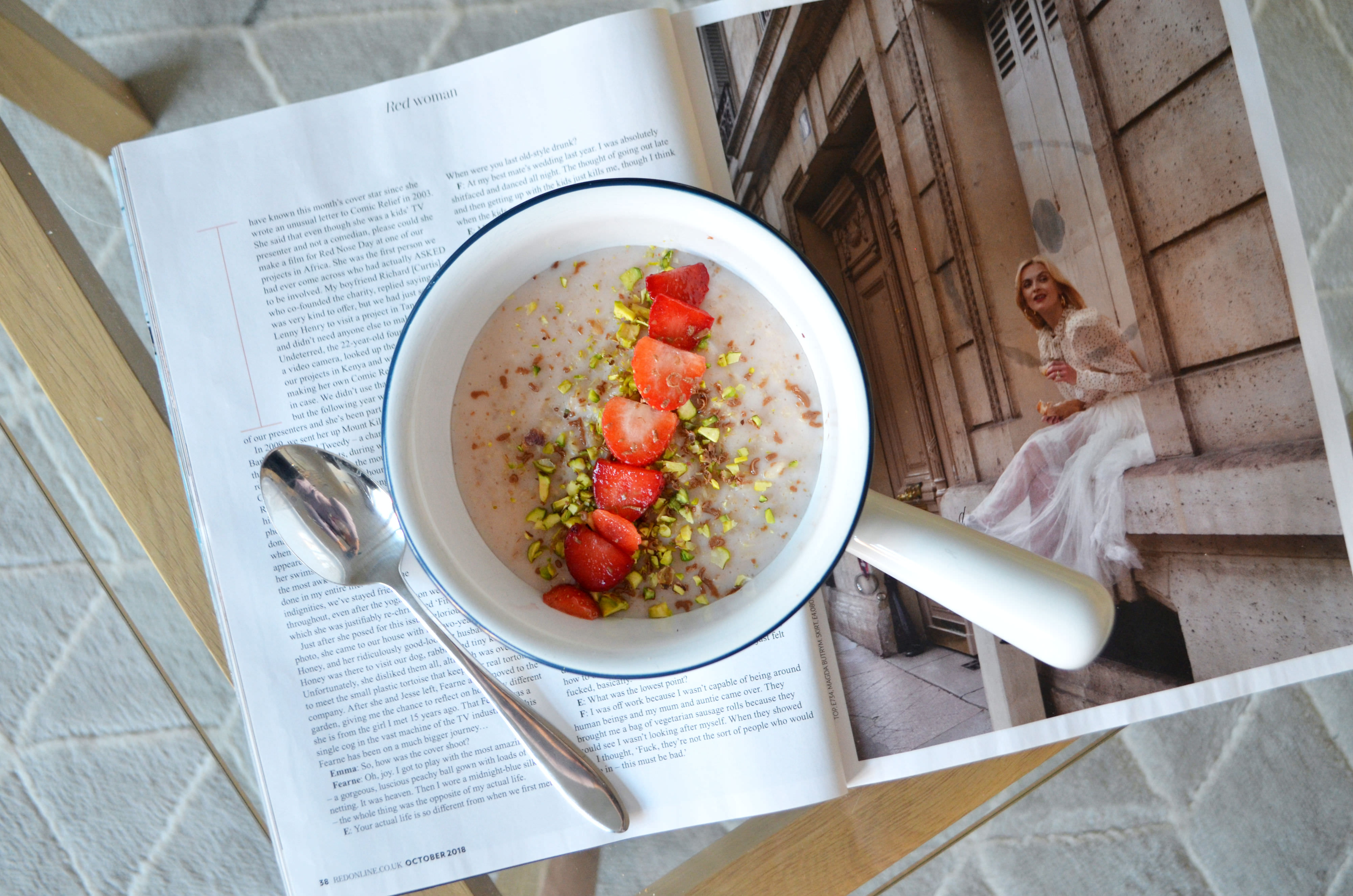 Basic right?  But it’s amazing how just switching up your choice of milk can really change the flavour of your morning oats.  Obviously there are loads of nut milks to choose from – almond and hazelnut are my favourites – but have you ever thought of using strawberry or banana milk?  Is your mind blown right now?  Most supermarkets out there have got a whole shelf full of flavoured milks to choose from (I think I even saw a Rhubarb and Custard flavoured one in Tesco a few weeks ago…) and they’re great for adding a subtle base flavour before you go crazy with your toppings.  In the picture above I used strawberry milk (which turned my porridge pink!) and then topped it with the last of my summer strawbs, dark chocolate and pistachios.  Fancy! 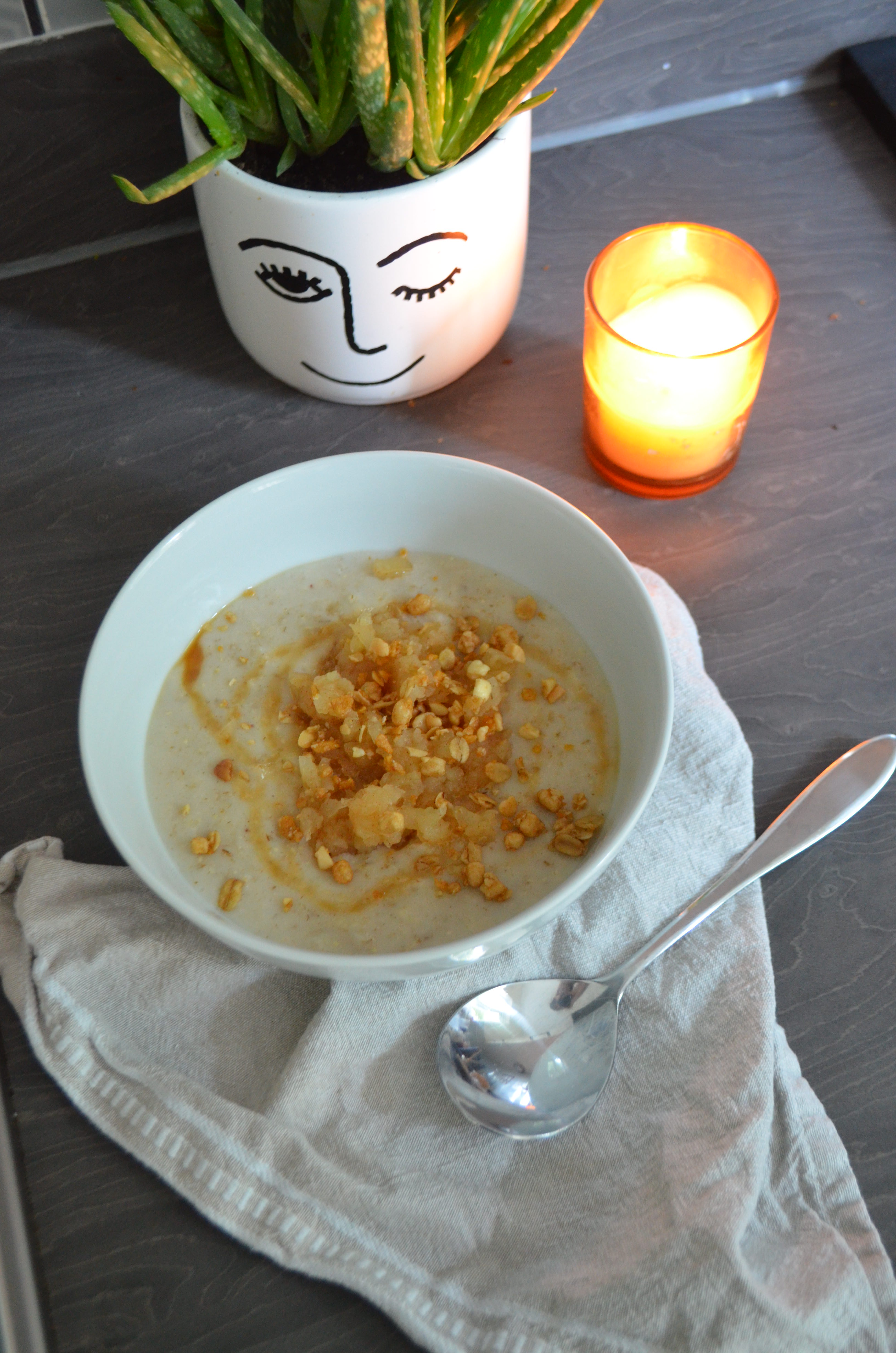 3. Get Creative with Syrups, Spreads and Spices

Come on, we’re all guilty of stirring a hefty spoonful of nutella into our porridge on mornings when honey just won’t do.  But there are plenty of other ways to flavour your oats while they’re thickening up on the hob, from spices to syrups. 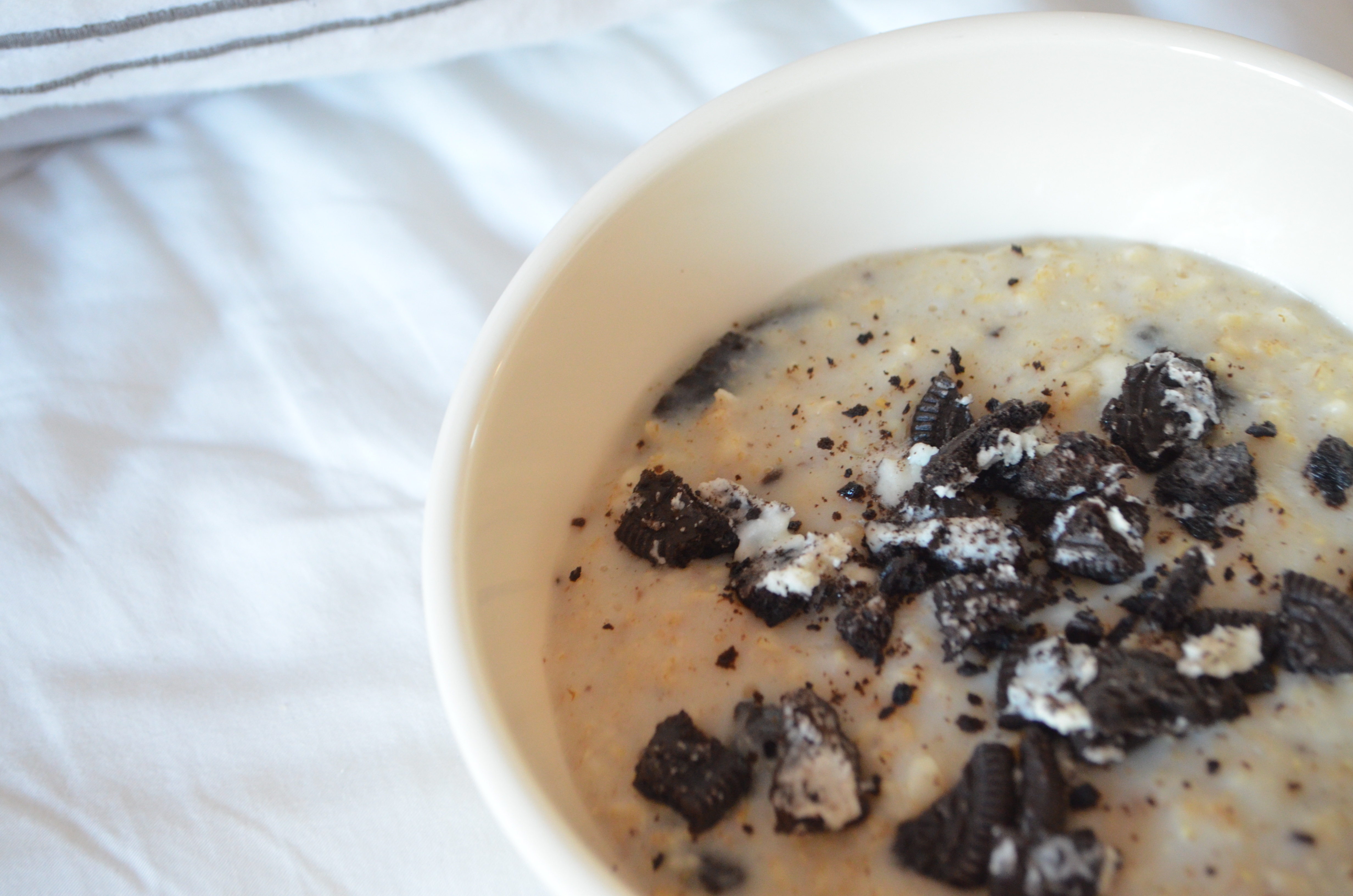 Probably the easiest way to pimp your porridge is get creative with your toppings.  Of course there are the obvious ones – dried fruit, fresh fruit, granola and nuts – but have you ever tried crushing biscuits into your porridge?  I was feeling inventive one morning and dropped a couple of broken Oreos into my morning oats and oh dear lord, it was beautiful.  The creamy filling melted, the biscuit went soft (but not soggy) and it was amazing. 🙂

You can also add a blob of your favourite yoghurt – flavoured or plain.  It’ll make your porridge even creamier.  But sometimes basic is brilliant; my Mum for example loves her porridge topped off with some demerara sugar and nothing else. 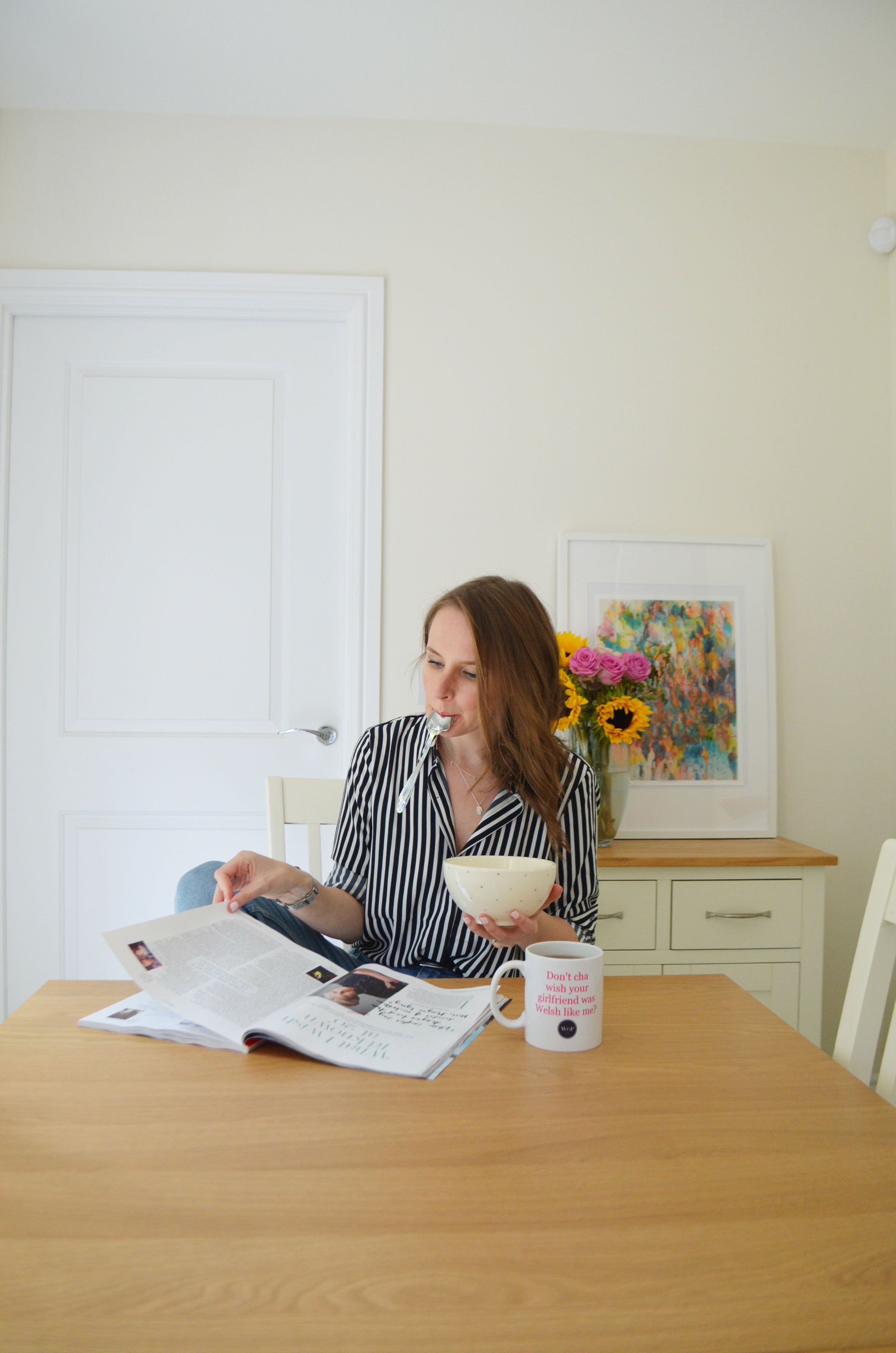 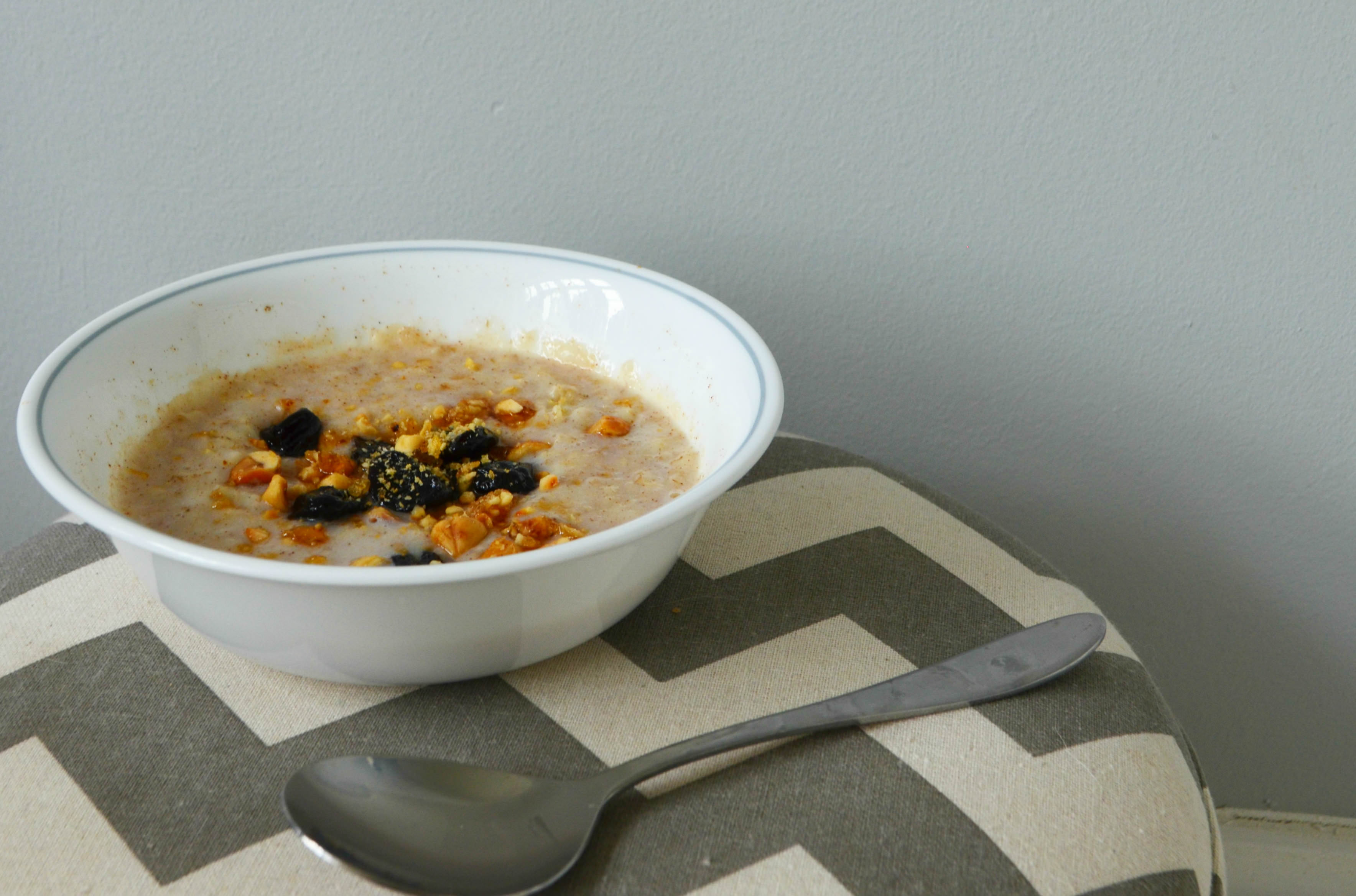 Who says porridge has to be sweet?  In fact, most Scots would say that porridge should be made with water, salt and nothing else.  But there are plenty of more exciting ways to play around with your porridge if you don’t have a sweet tooth.  I saw a recipe online for a Japanese-flavour inspired porridge, with miso paste, mirin, seaweed and sesame seeds that looked really good, or you could try a Huevos Rancheros bowl of oats by flavouring it with paprika, roasted red peppers, avocado, salsa and sour cream.  Or what about throwing in some bacon and topping it off with an egg?  That’ll certainly see you through to lunchtime!

What are your favourite porridge toppings? 🙂

I LOVE THIS. Now it’s turning a bit colder I’m wanting to swap my avo-toast with porridge. The only thing is I find porridge doesn’t feel me up like it seems to everyone else?! I always seem to be starving by 10am. Perhaps its the cheap oats I’m using! Will be certainly test-driving your base porridge recipe next week!! xx

Hmm – could be to do with the oats, unless you’re more active than usual in the morning? Glad you liked the post, let me know if the recipe makes a difference!

I am just about to make porridge for my breakfast so your post was timely! Love the breakdown of all your tips on how to make the perfect bowl. I’m currently on the elimination phase of a low-FODMAP diet so breakfast is my favourite meal of the day at the moment because porridge is allowed, yay! Thanks for a lovely post 🙂

[…] even got a jar of Biscoff Spread in my cupboard, a dollop of which usually finds its way into my morning bowl of porridge.  So hey, I thought, why not work a dollop of the stuff into a Cinnamon Bun?  Why not, […]