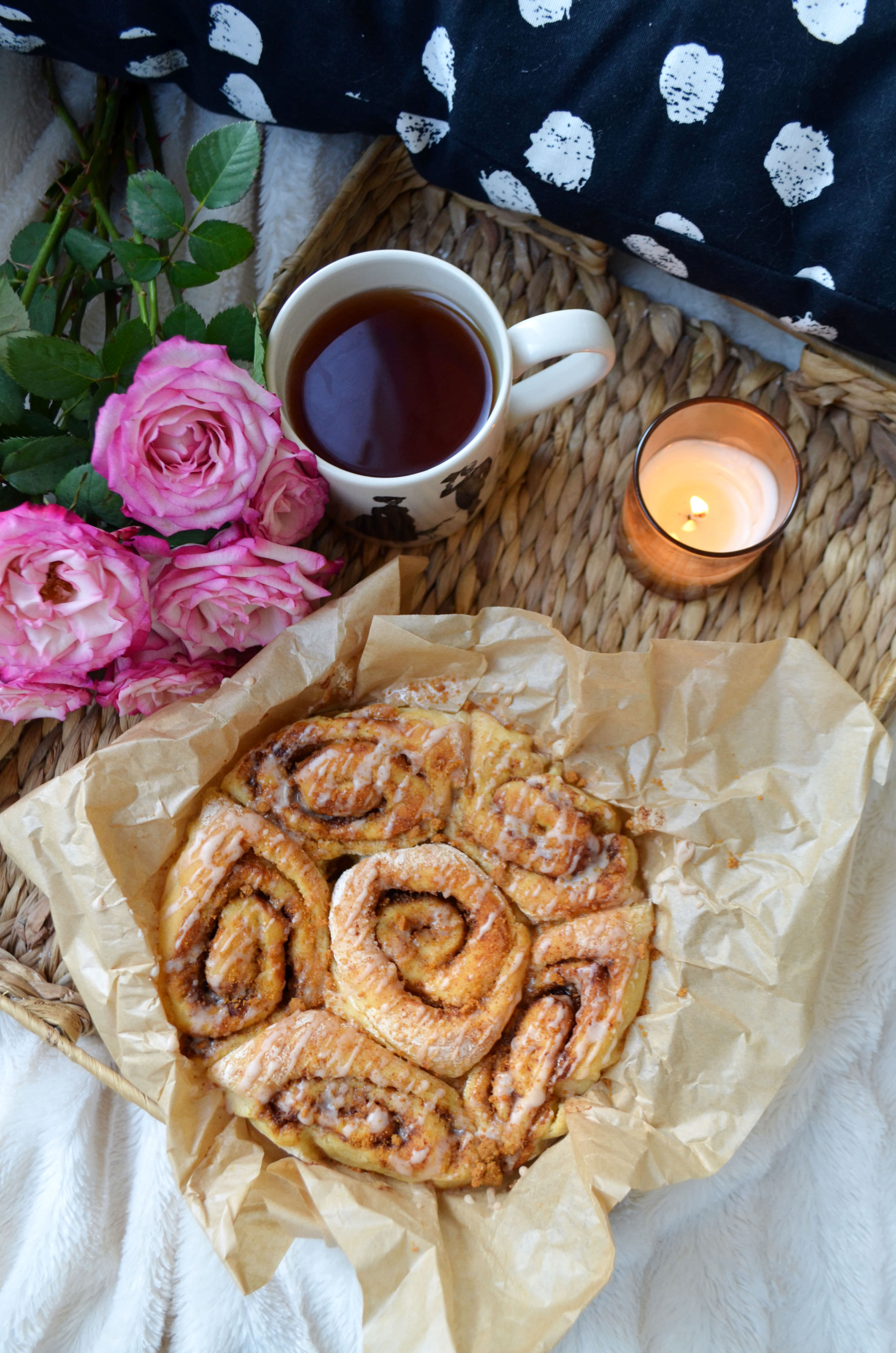 My love for Cinnamon Buns isn’t exactly a secret.  I treat myself to one after I’ve done my weekly food shop – or at least I used to, until the Tesco bakery decided to stuff their buns with raisins.  Ugh!  For the record, I don’t mind raisins at all – I just don’t want them anywhere near my buns, hun.  I’m a purist, what can I say?  (Although, clearly not that much of a purist since this whole post is about me meddling around with the basic cinnamon bun recipe!)  So I decided to make my own Cinnamon Buns, and I wondered, how can I make them even better?

Another weekly shop treat of mine is a pack of Biscoff Biscuits – which barely last two days let alone the rest of the week (I mean they’ve literally got the word “Scoff” in their name).  I’ve even got a jar of Biscoff Spread in my cupboard, a dollop of which usually finds its way into my morning bowl of porridge.  So hey, I thought, why not work a dollop of the stuff into a Cinnamon Bun?  Why not, eh? 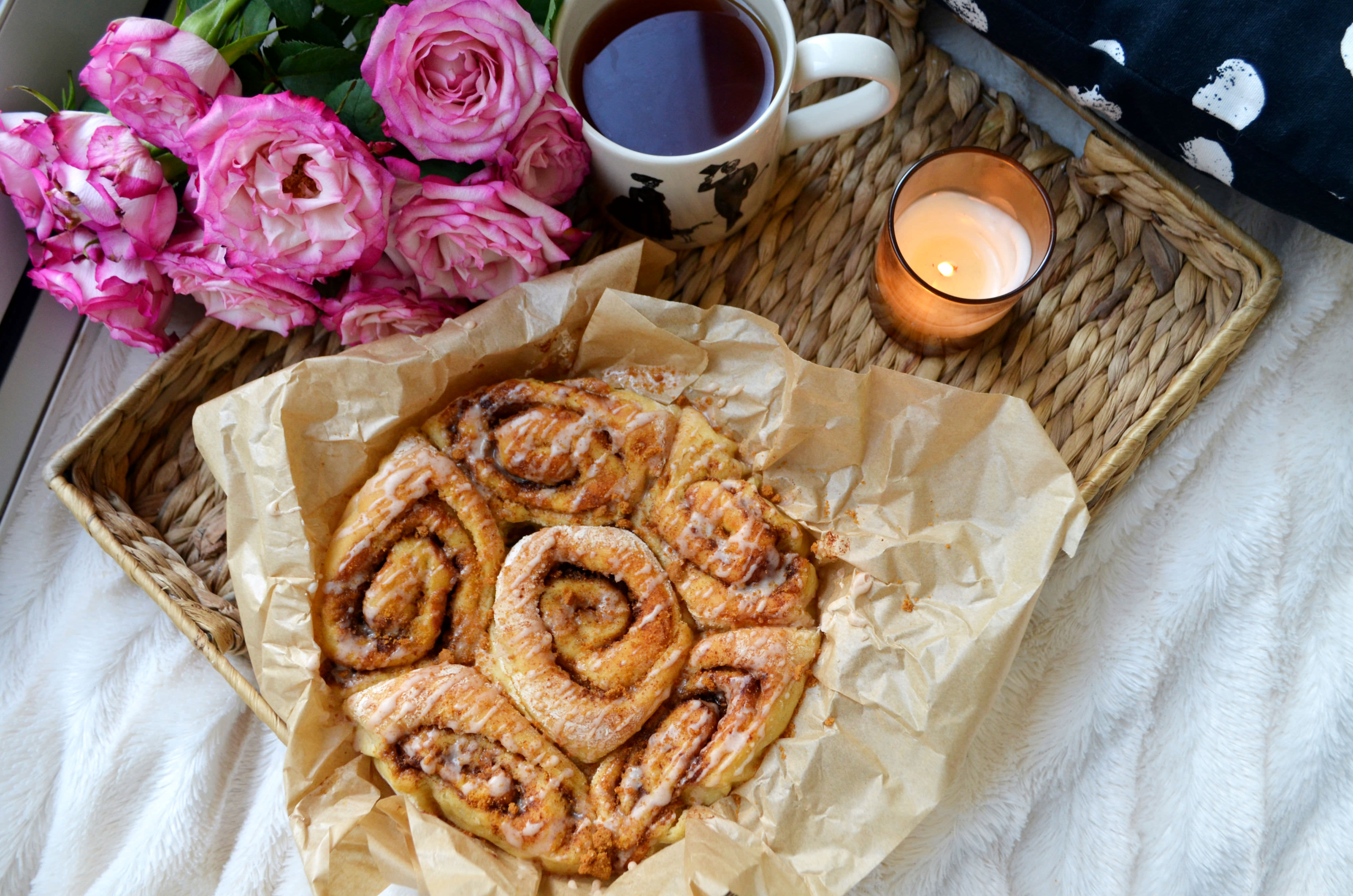 Anyone got any baking planned this weekend?  What are you making? ♡

I love your twist on a Chelsea bun! I made apple, cinnamon and raisin Chelsea buns a few weeks back (inspired by one of the GBBO challenges) and was surprised by how straightforward they were to make. I’ll have to give these a whirl someday 🙂

Ooh they sound good too! I’m still a total novice when it comes to bread and buns – I either get it just right or very, very wrong!

With bread and buns, persistence pays off! I first tried making buns at uni, and they were a total fail. It turned out my kitchen just wasn’t warm enough, so they didn’t rise and were horribly stodgy! Now I make sure I have a warm spot to leave them in when they’re proving…

I tend to stick breads and buns on the shelf in my airing cupboard – it’s the warmest place in the house and seems to work!

[…] works beautifully on toast, in porridge, and as the filling for this tear and share tray of sticky Biscoff Buns. […]