I thought I’d posted everything from my little trip to Canada back in July, but turns out I had one post left – and here it is.  Officially, Sunny and I spent two whole days in Vancouver before heading off on our road trip towards Jasper and Banff – but because we stomped the city in one day and saw pretty much everything we wanted to see, we decided to spend the second day out of the city in North Vancouver exploring Capilano  Suspension Bridge Park and Grouse Mountain. 🙂 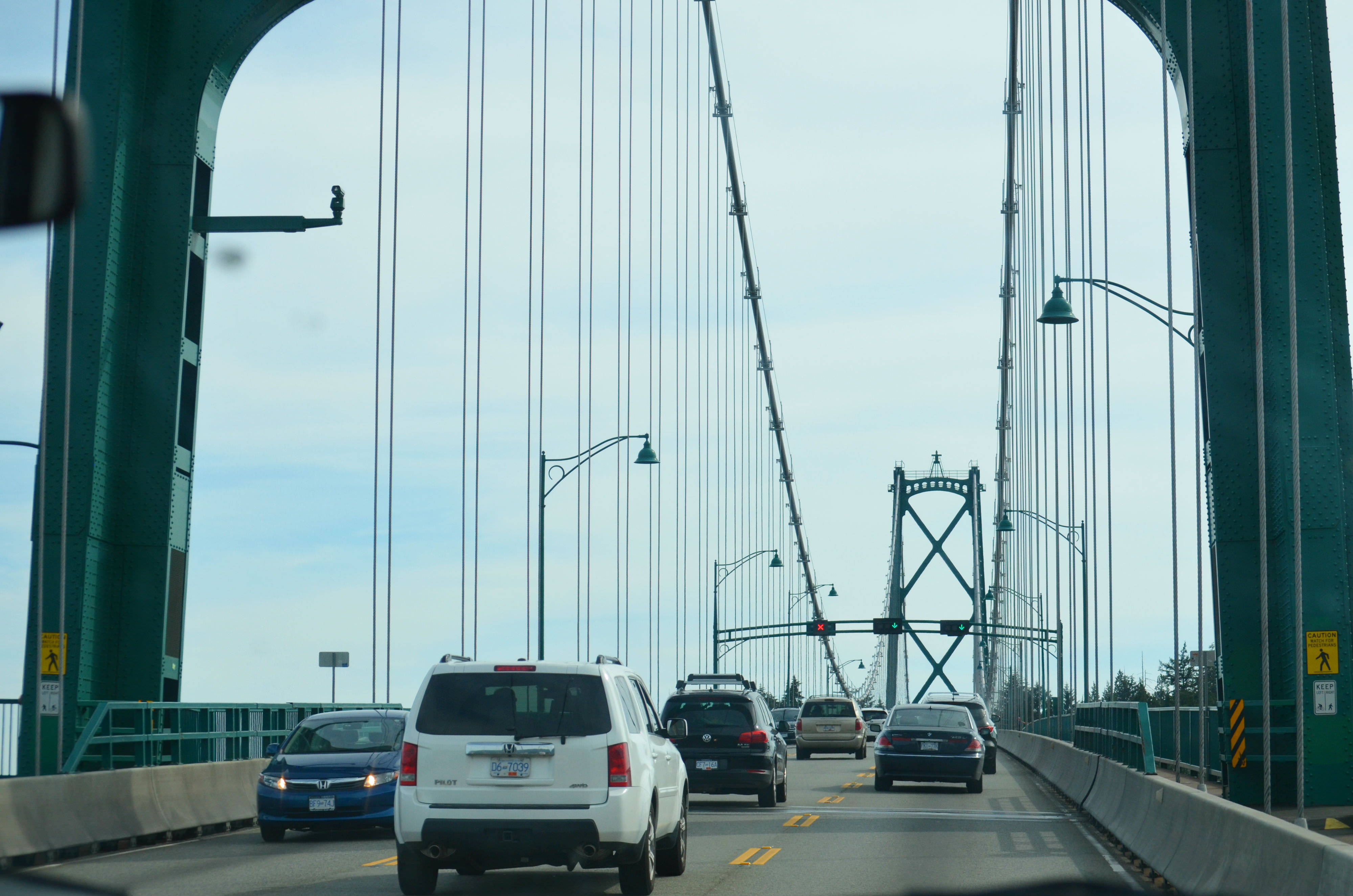 Capilano is only around 20 minutes north from downtown Vancouver – and basically reminded me of the evergreen forest from that old 80s cartoon, The Raccoons (Did anyone else watch that!?  I kept singing the theme song to Sunny when we were there and he was clueless!).  It’s a beautiful forest stretched across the Capilano River, which you can cross by walking over a 70 metre high suspesion bridge (which definitely has a wobble to it!).  There’s actually a free shuttle from downtown Vancouver (it leaves from just outside the cruise ship terminal) that runs all the way to Capilano Suspension Bridge Park and onwards to the Grouse Mountain Cable Car, and then back again – so getting there was really easy (and free!). 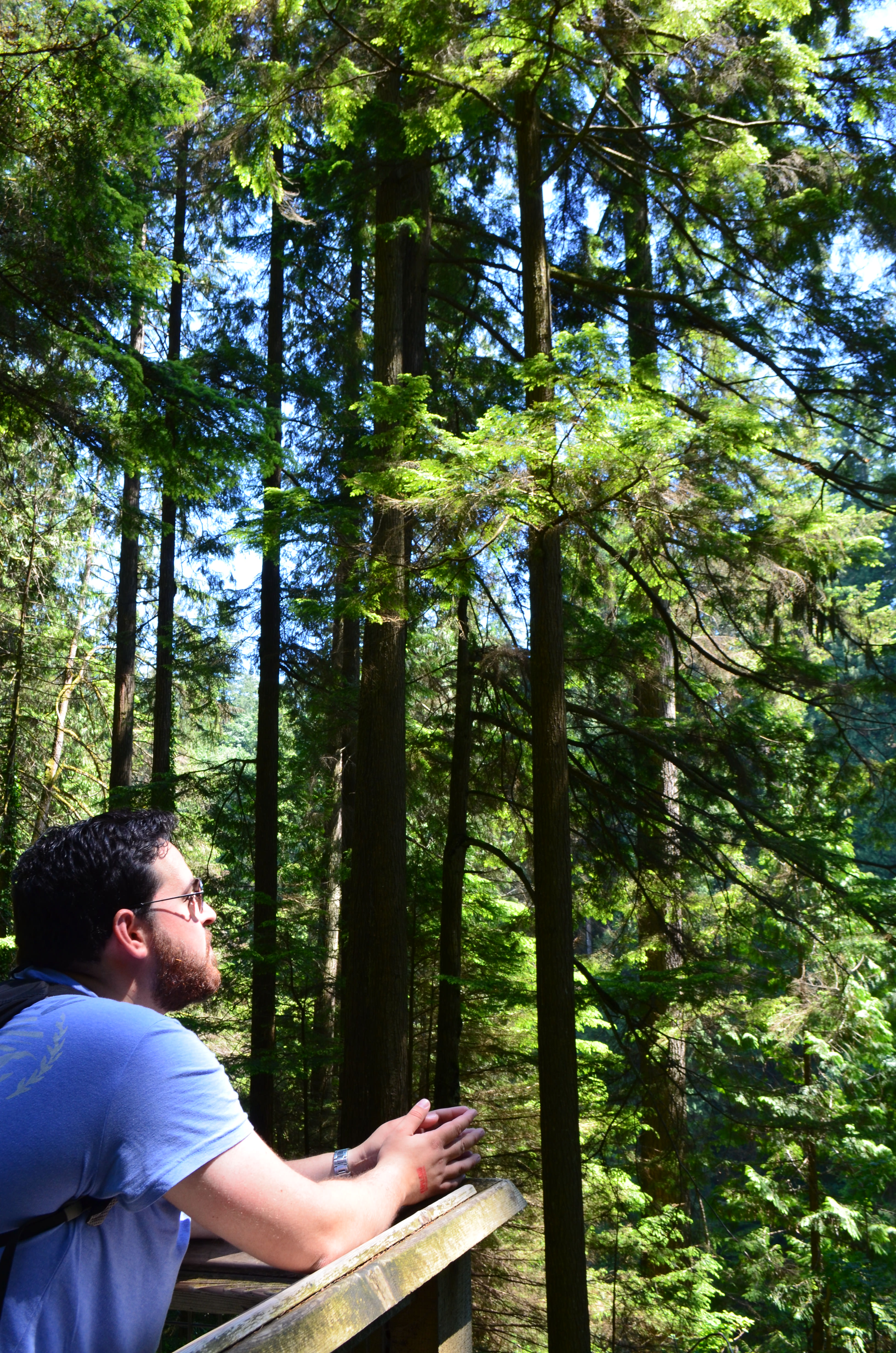 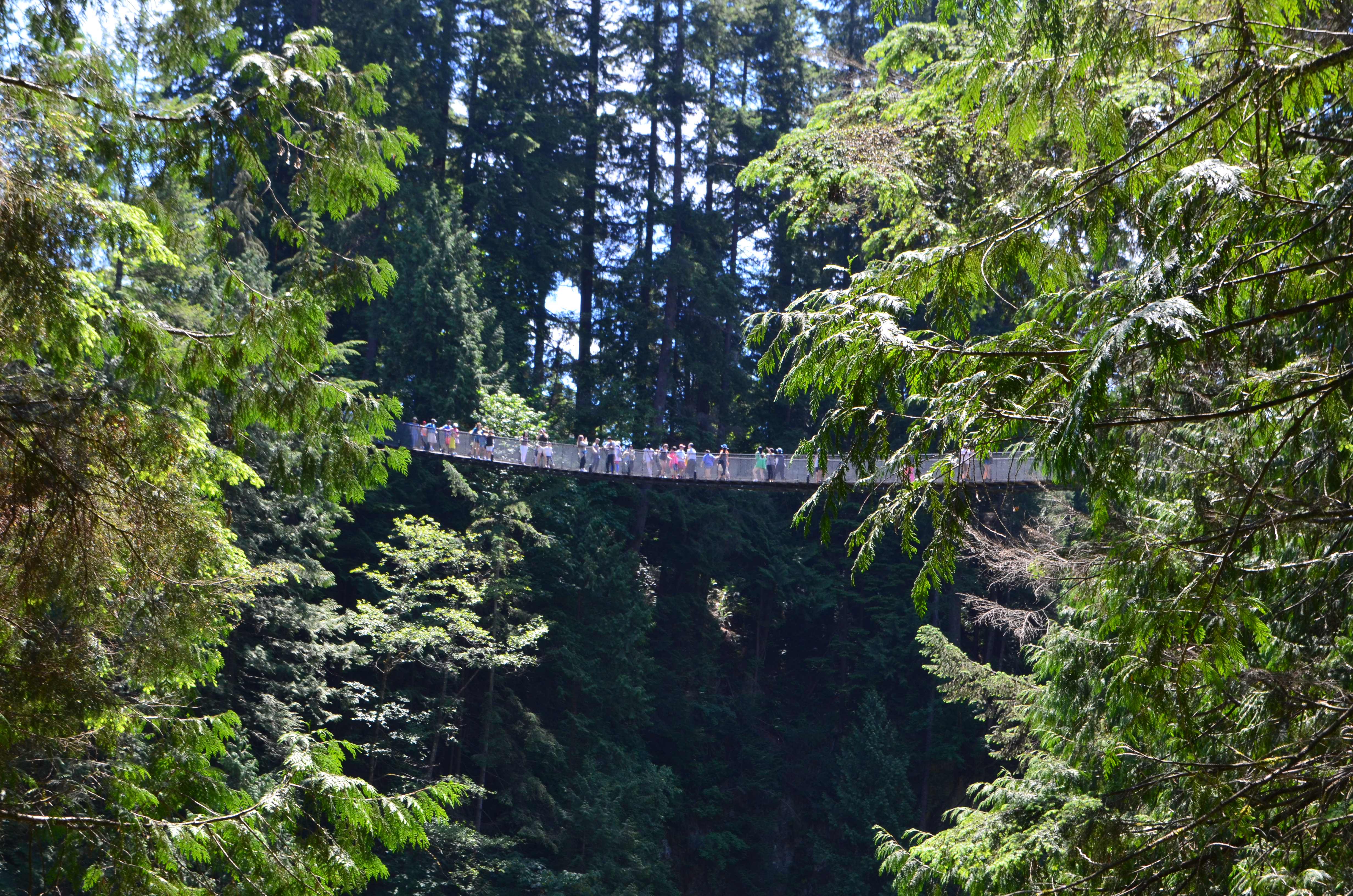 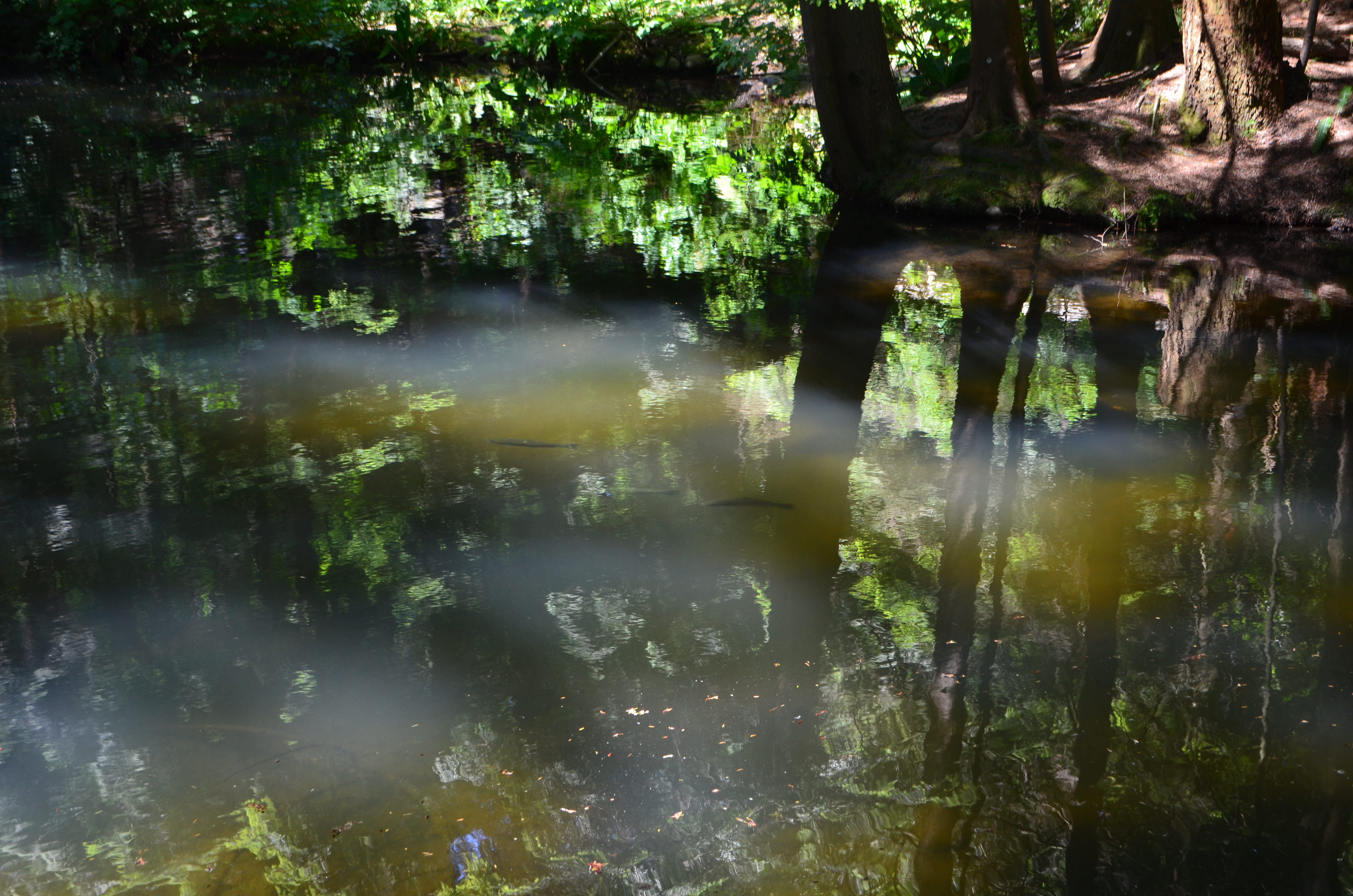 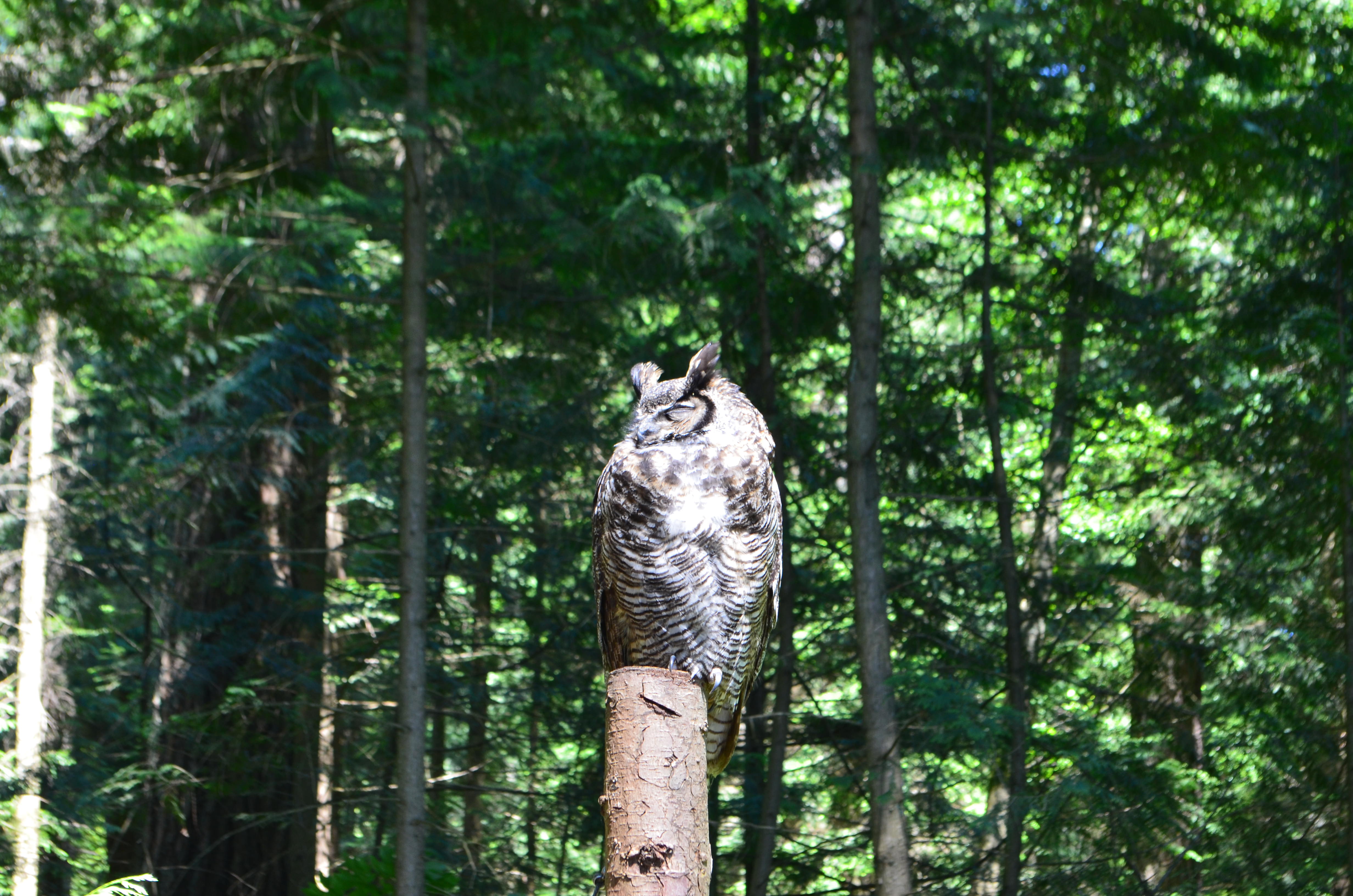 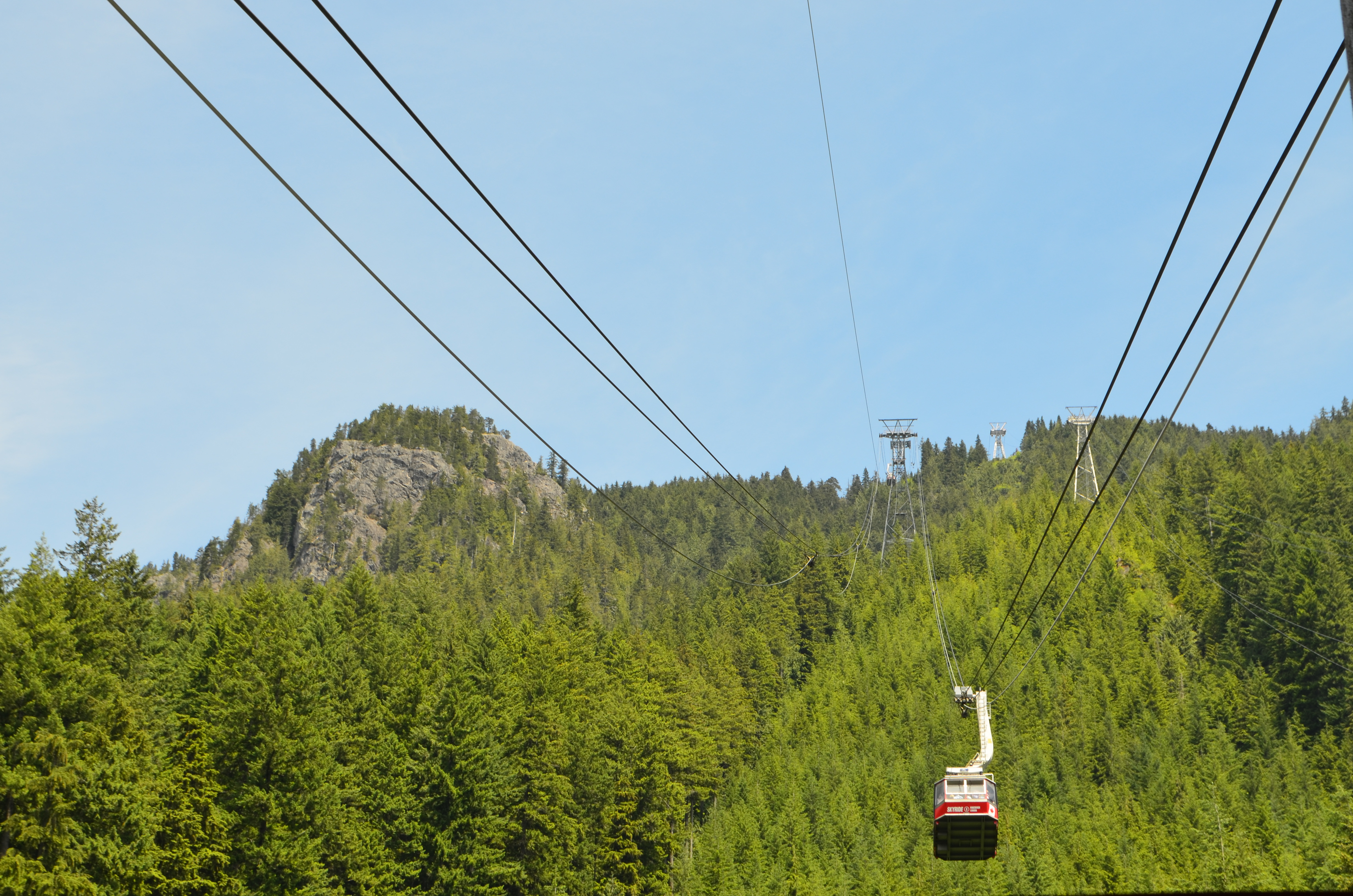 Once we’d explored Capilano, we headed further up the mountain and caught the cable car up to Grouse Mountain – which is winter sports central during the winter, but during the summer is the place to go for amazing views of Vancouver and to get up close and personal with a couple of grizzly bears (safely!).  On the summit there’s a cafe and during the summer there’s a programme of activites – like talks on birds of prey spotted around the summit, and watching loggers do their thing.  You can actually get on the chair lift and go even higher if you’re not scared of heights! 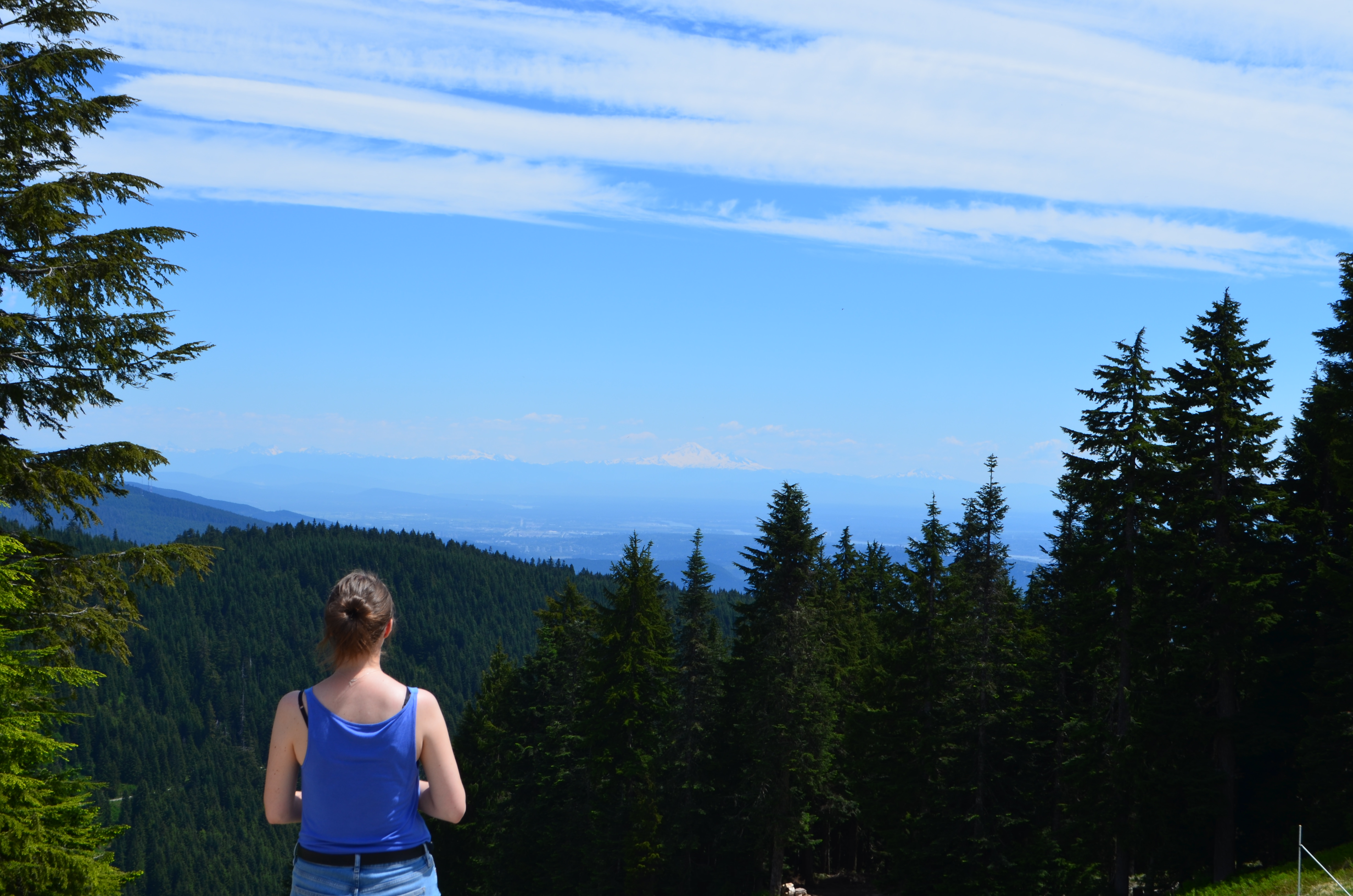 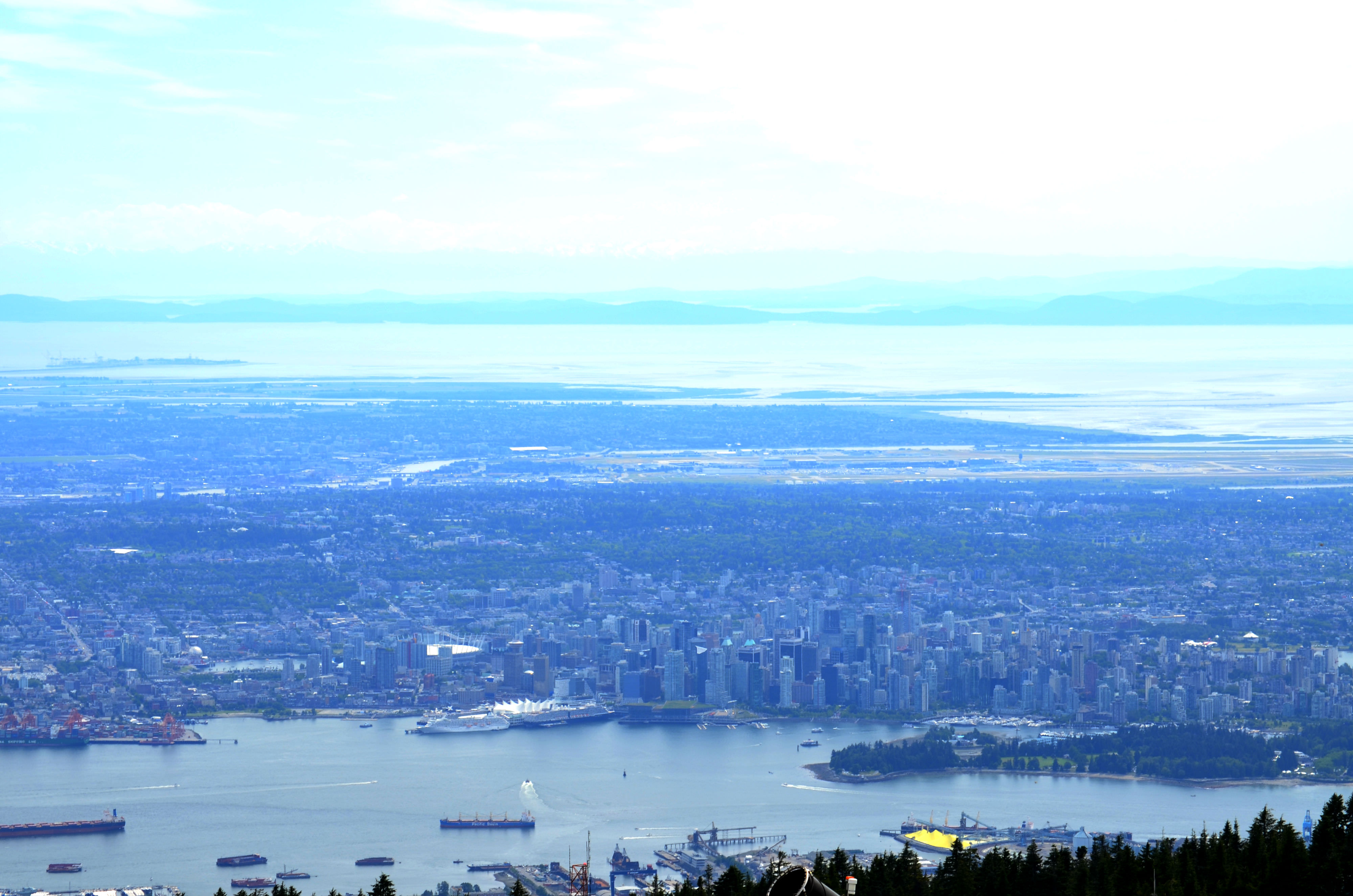 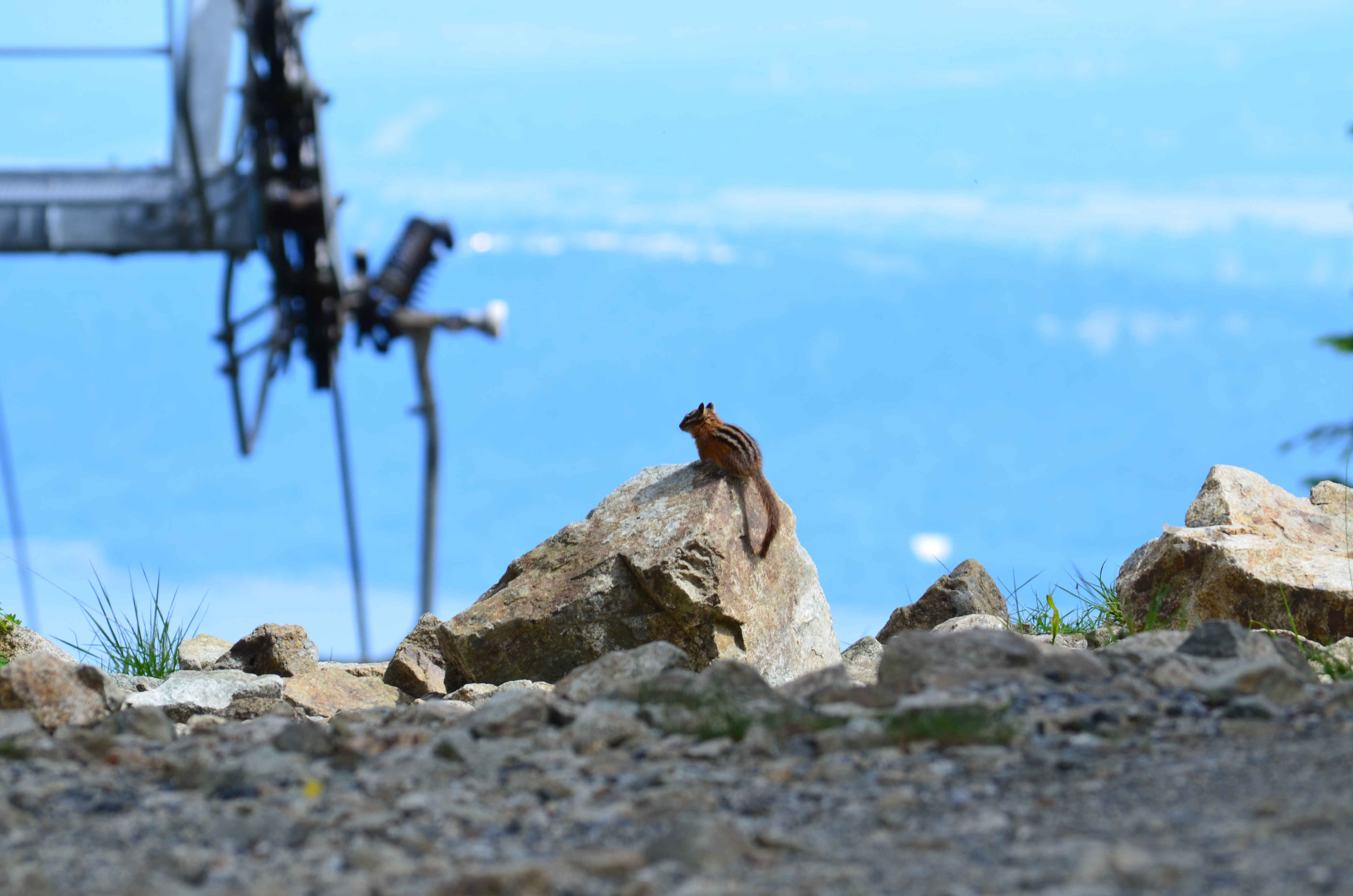 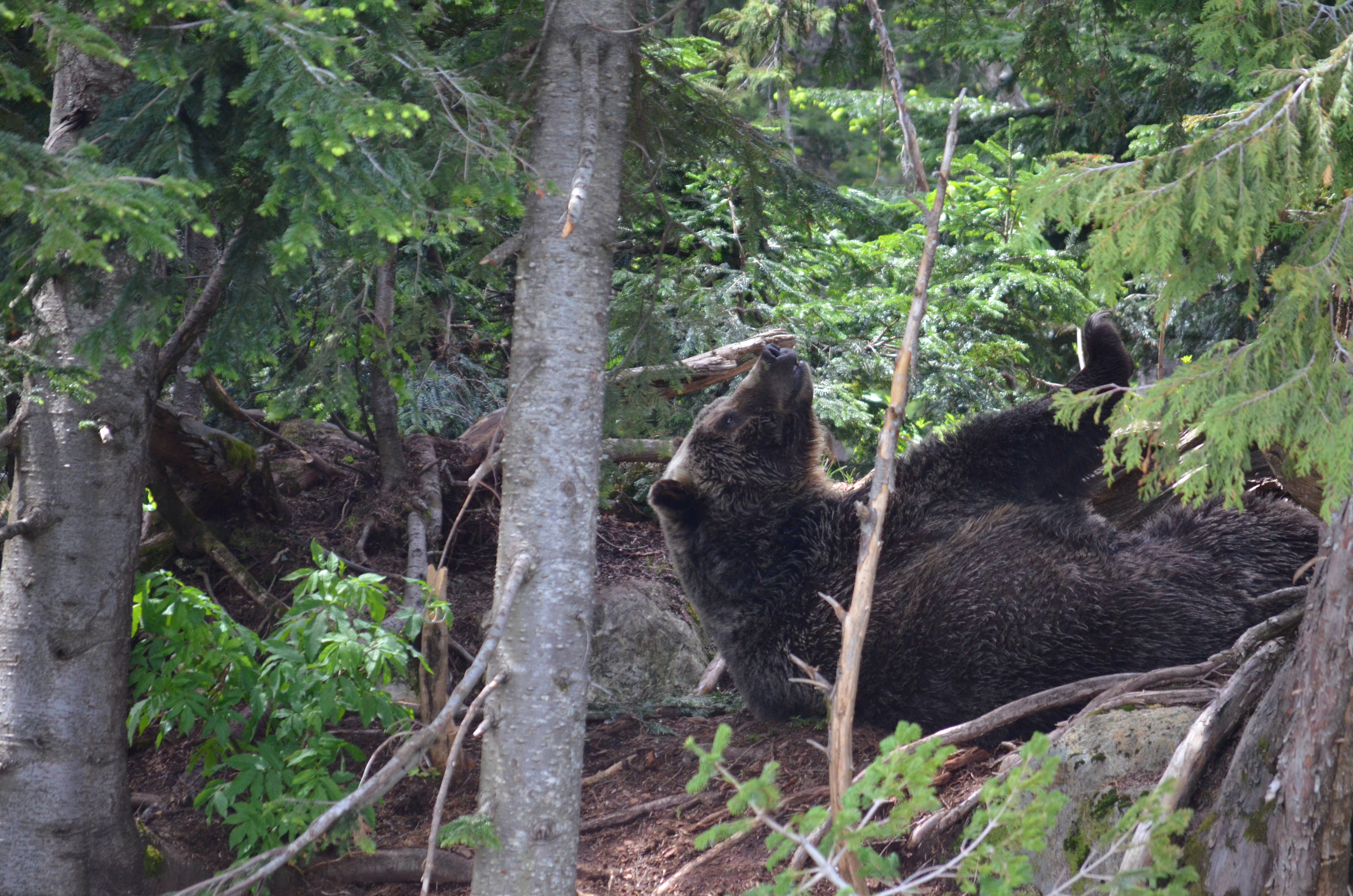 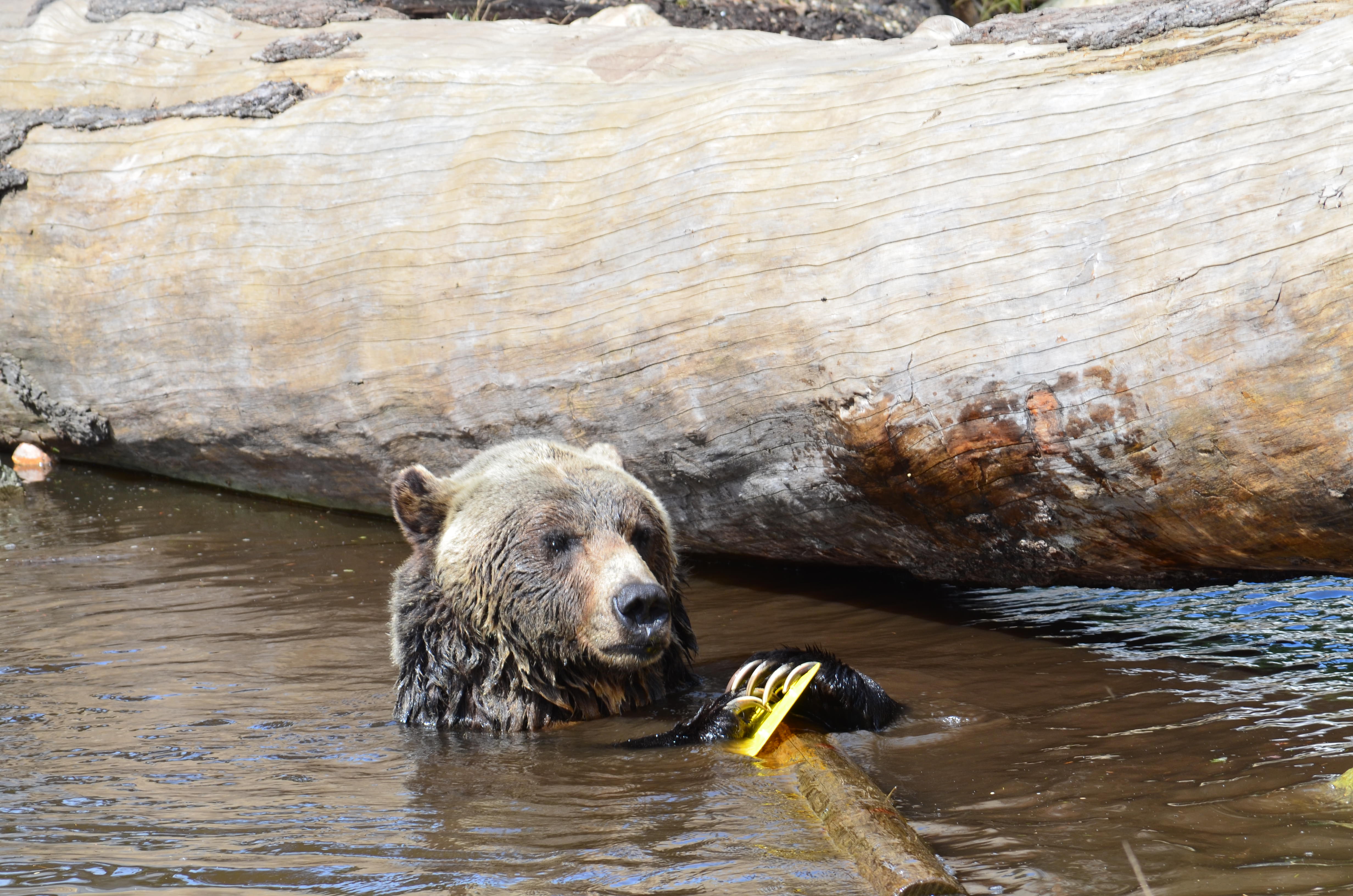 4 replies on “A Day Exploring Capilano and Grouse Mountain”

I love all your pictures in this post! x

I watched the raccoons (obviously) – what rock was sunny living under ?! 😉