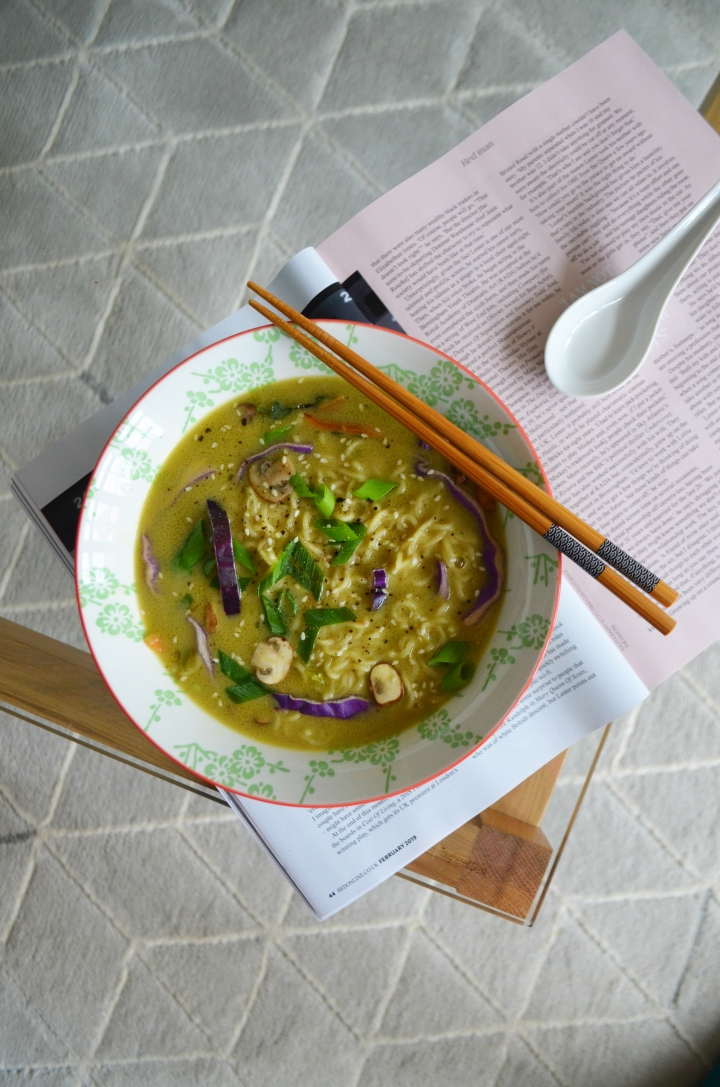 I think 2018 will be remembered as the year I officially, head over heels fell in love with Thai food.  It’s fresh and filling and colourful (I don’t know about you, but colourful food cheers me up this time of year); more importantly, it’s so quick and easy to make!  Pad Thai (♡♡♡) and Massaman Curry are my midweek meal saviours, and even though that’s not about to change, I’ve been feeling like branching out a little and adding a few more Thai recipes to my arsenal.

I threw this soup together just before Christmas.  I had some Thai Green Curry paste in my cupboard and a can of coconut milk going spare, and, when I reached right to the back I found an old pack of instant noodles.  The filthy kind.  You know the ones, they cost about 30p (or at least they did when I used to buy them on the way back home from High School) and come with a flavour sachet.  So wrong and yet so, so right.  I was just going to whip up the curry and have the noodles with it instead of rice, but then as they were boiling away it occurred to me that the flavoured water they were bubbling in would make a pretty good stock.  So I poured one pot into the other and wham-bam, here’s your Noodle Soup, maam.  It’s vegetarian (as long as you make sure you use vegetable-flavoured noodles instead of the chicken ones, obviously) and perfect for cold and gloomy January nights at home in front of the box.  Just make sure you only add the noodles when you’re ready to eat, because they’ll start slurping up that soup before you get a chance to! 🙂 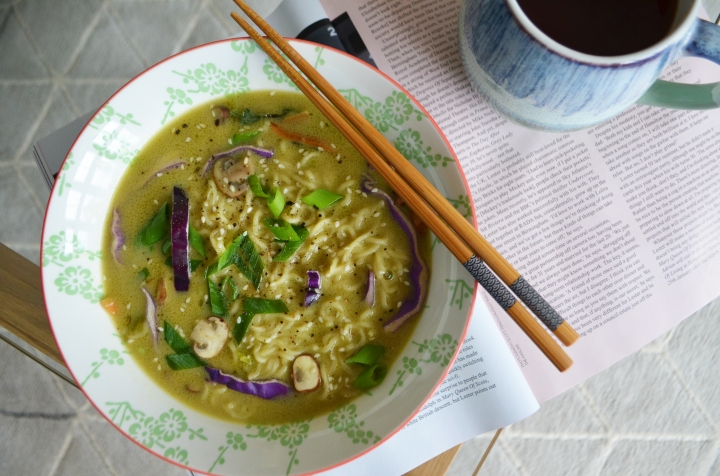