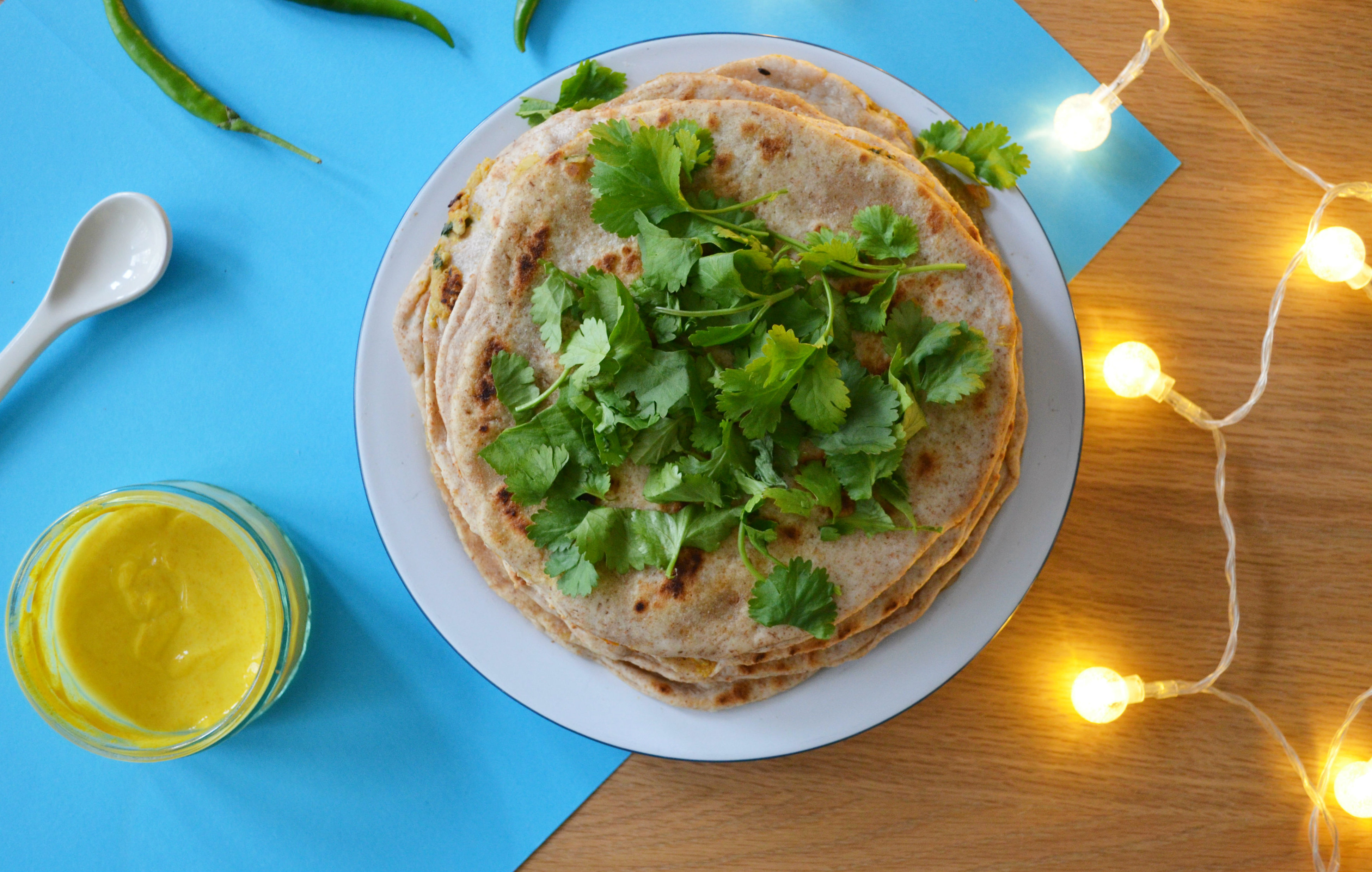 Other than a Chicken Jalfrezi, there are two dishes I’m likely to have a strop over if they’re not on the table when I go out for an Indian; Aloo Gobi, and Aloo Parantha.  Both potato dishes (Aloo Aloo!), Aloo Gobi is a vegetarian dish made from potato, cauliflower and Indian spices (my mother in-law makes great Aloo Gobi) and Aloo Parantha is basically a veggie flat bread stuffed with potato and fried in butter (yum).  They are my absolute faves – they’re such great comfort food, perfect for this time of year.  So why not combine the two and have the best of both worlds, eh? 😉 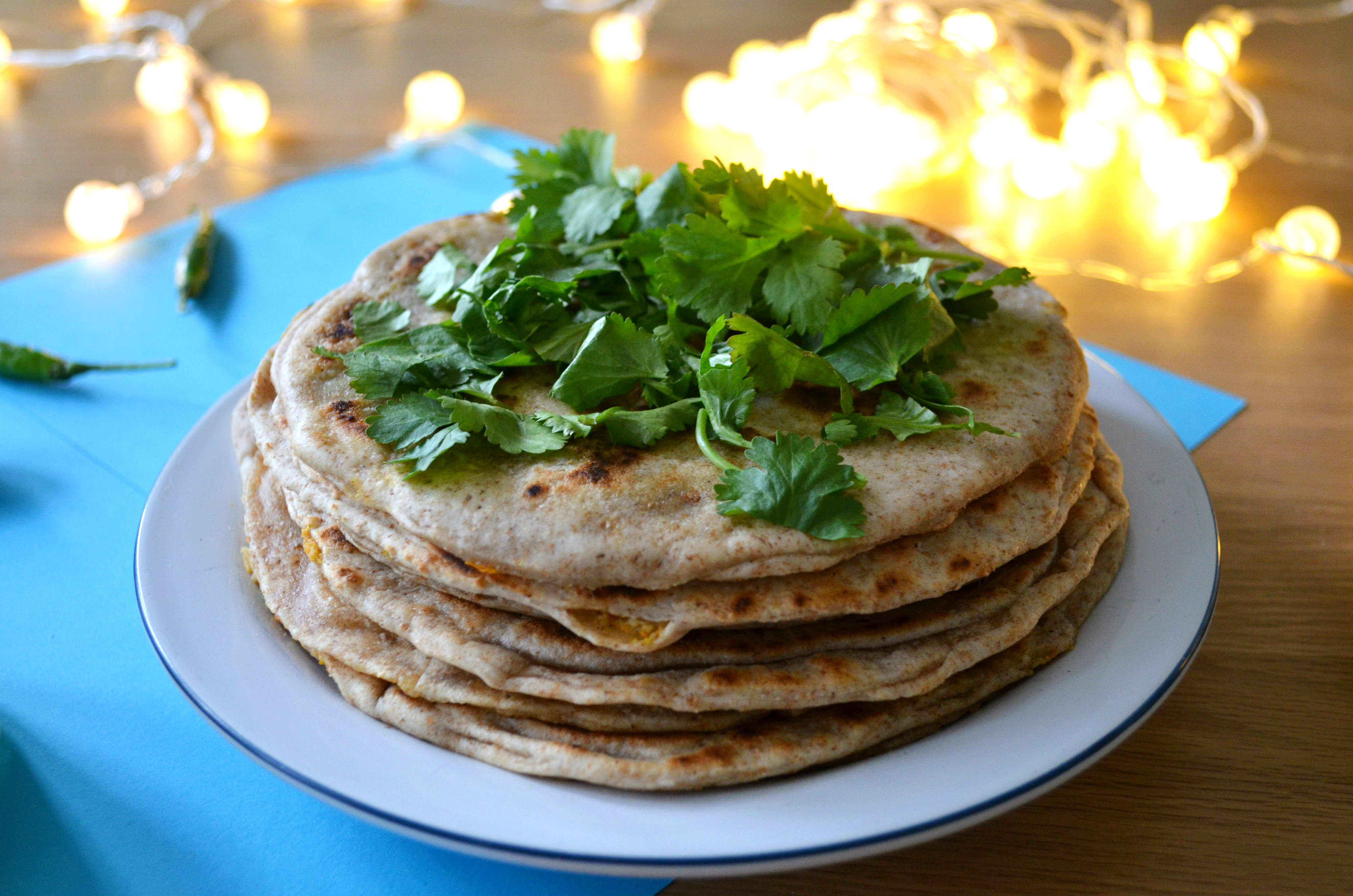 I wish I was eating this right now! I’m definitely going to save this for another day! X

They’re so addictive, I love them! 🙂

These look wonderful! I love Indian food, especially paneer curry – it’s so tasty. After becoming vegetarian I struggled finding good veggie dishes at first (I used to be obsessed with chicken curries…) but now I have several Indian veggie dishes I love – such as Bombay potatoes! x

My mother-in-law is a vegetarian and so she knows all the best veggie Indian dishes. Have you ever tried Channa Masala? It’s a chick pea curry and its amazing 🙂

For someone who hates the idea of eating a meal without meat, yeah me, its saying something when I want to eat this and only this! Sounds incredible!!!
Charlotte-Nichole
x

I love flat bread, I could eat it all day. This is a simple intro to cooking it myself, I might have to try it!

They’re really easy! Let me know if you do try them! The hardest bit is filling the dough without it spilling out all over the place – but to be honest, they still taste pretty good, even when they look messy! 🙂