I just got back from a sweet little weekend away with my family driving around The Cotswolds – stomping through fields, getting lost down farm lanes, scoffing pub curries and wandering through pretty little limestone villages (…oh and also getting rained on by shotgun pellets…).  It was cold and most definitely welly weather – but it was nice to get away for a couple of days.  We stayed just outside Cirencester – on the edge of Cotswold’s Water Park where we walked around a couple of lakes and followed a trail alongside The Thames (only a tiny, very clean-looking river this far outside of London).  Then yesterday we drove to beautiful Castle Combe for a sunny (but cold!) stroll around the village where Stardust and Doctor Dolittle were filmed. 🙂

A couple of weeks ago – before the snow, when it actually felt like Spring was knocking on the door – Sunny and I went away to London for a few days to see family… and try Bungle on the open road.  He’s never been more than 20 minutes in a car and has never stayed away from home – so we thought we’d take him along with us and try him out!

You all know I’ve got a strange relationship with London.  I lived there for five years and still can’t quite work out how I feel about the place.  I suppose it’s like that wild friend you hardly ever see and then when you do see them you know you’re going to end up with a massive hangover, £100 missing from your bank account and a reminder of just exactly why you hardly ever see them.  I mean, I LOVE London; I always have to pay my respects and drop by when I’m there and it’s so easy to get swept away by the buildings, the food and the noise.  Buuuuuuut, God is it nackering!  I spent one afternoon pottering around and it literally broke me in every sense of the word!  (You want how much for a sandwich?!) 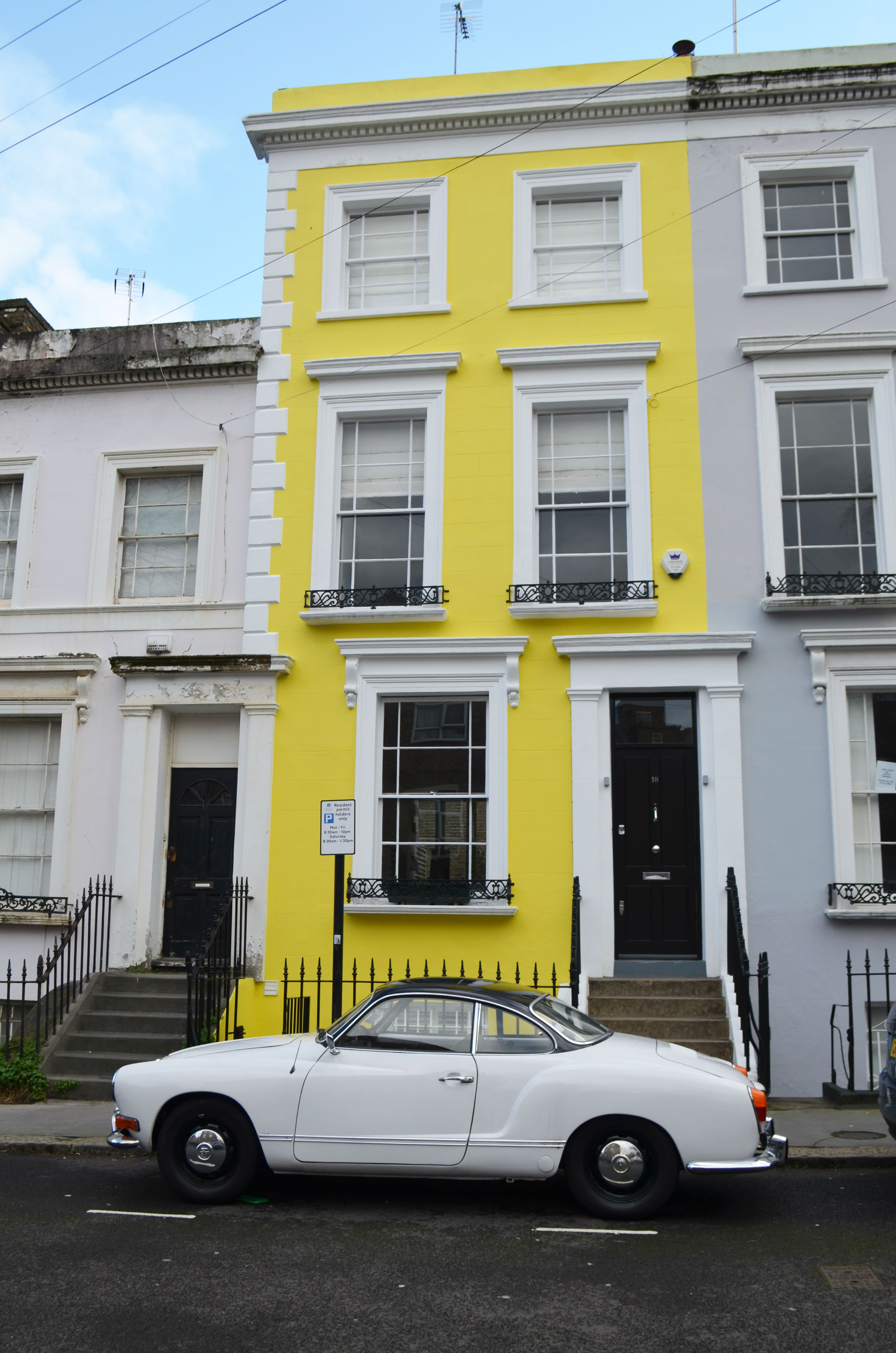 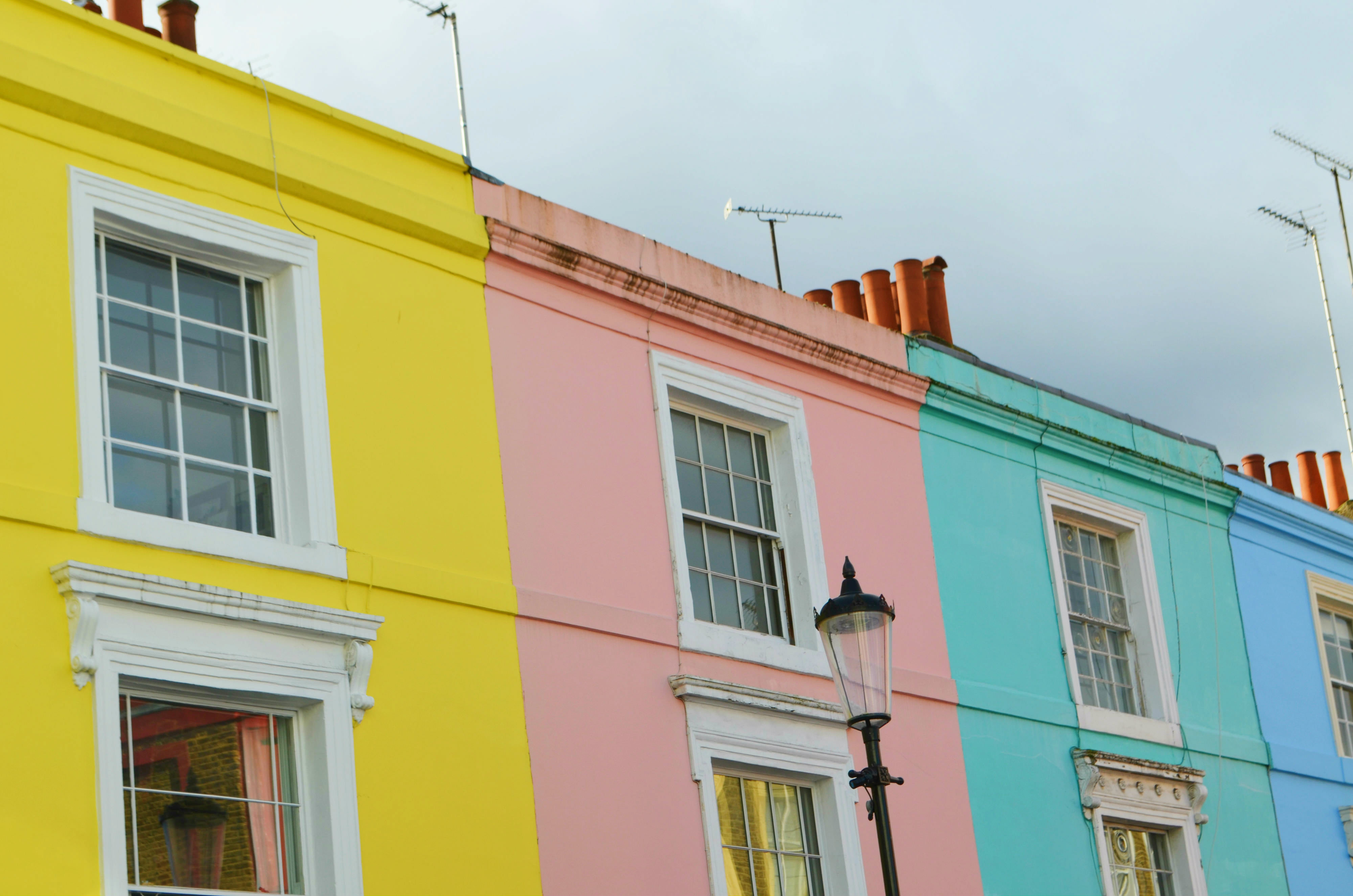 My first stop was Notting Hill.  I spent an hour wallking around Portobello Road (🎶Portobello Road, Street where the riches of ages are sold….!) looking at all the colourful houses.  The lower half of Portobello Road near Notting Hill Gate one of the most photogenic streets in London, I think, especially at the moment with all the cherry blossom popping. 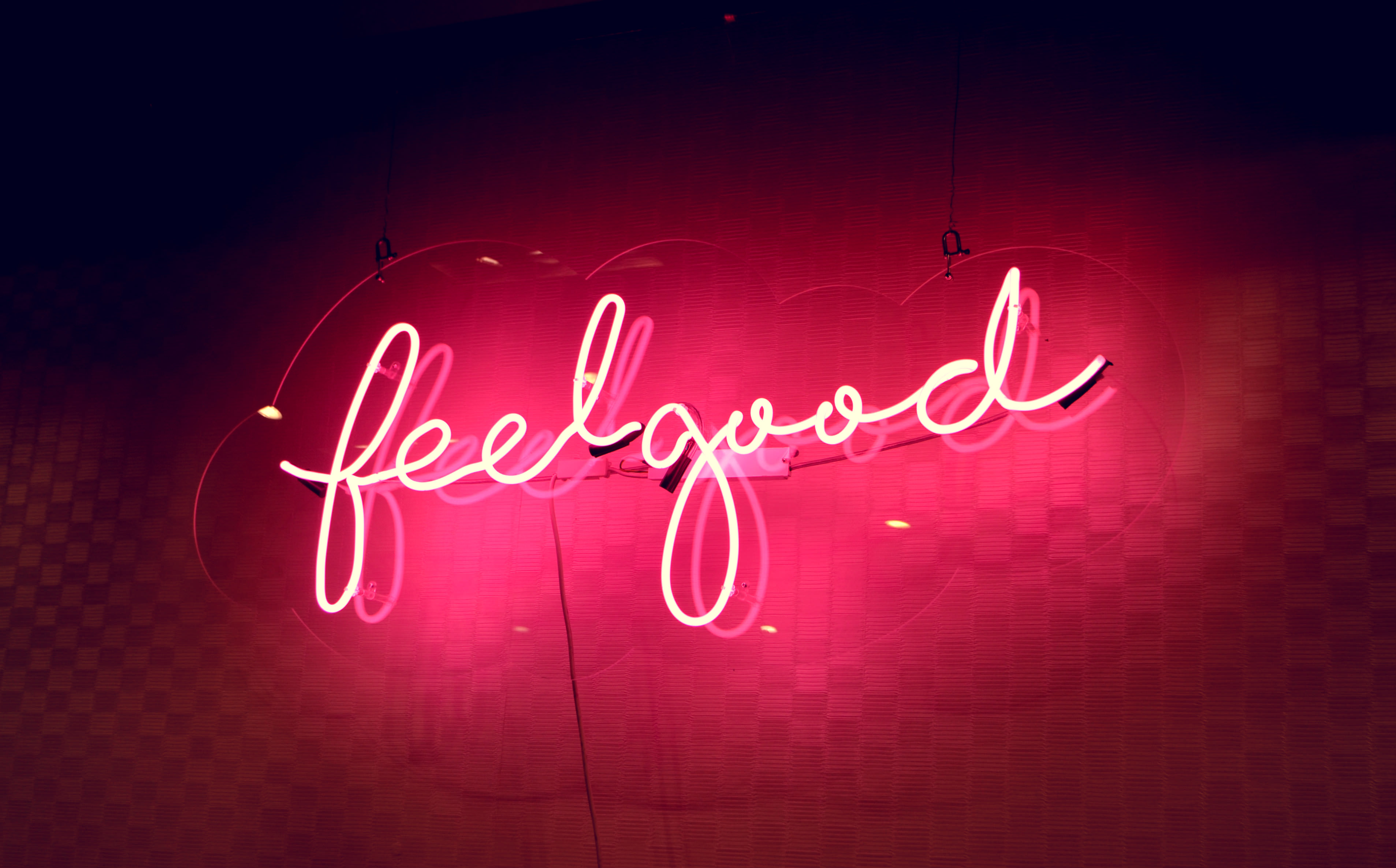 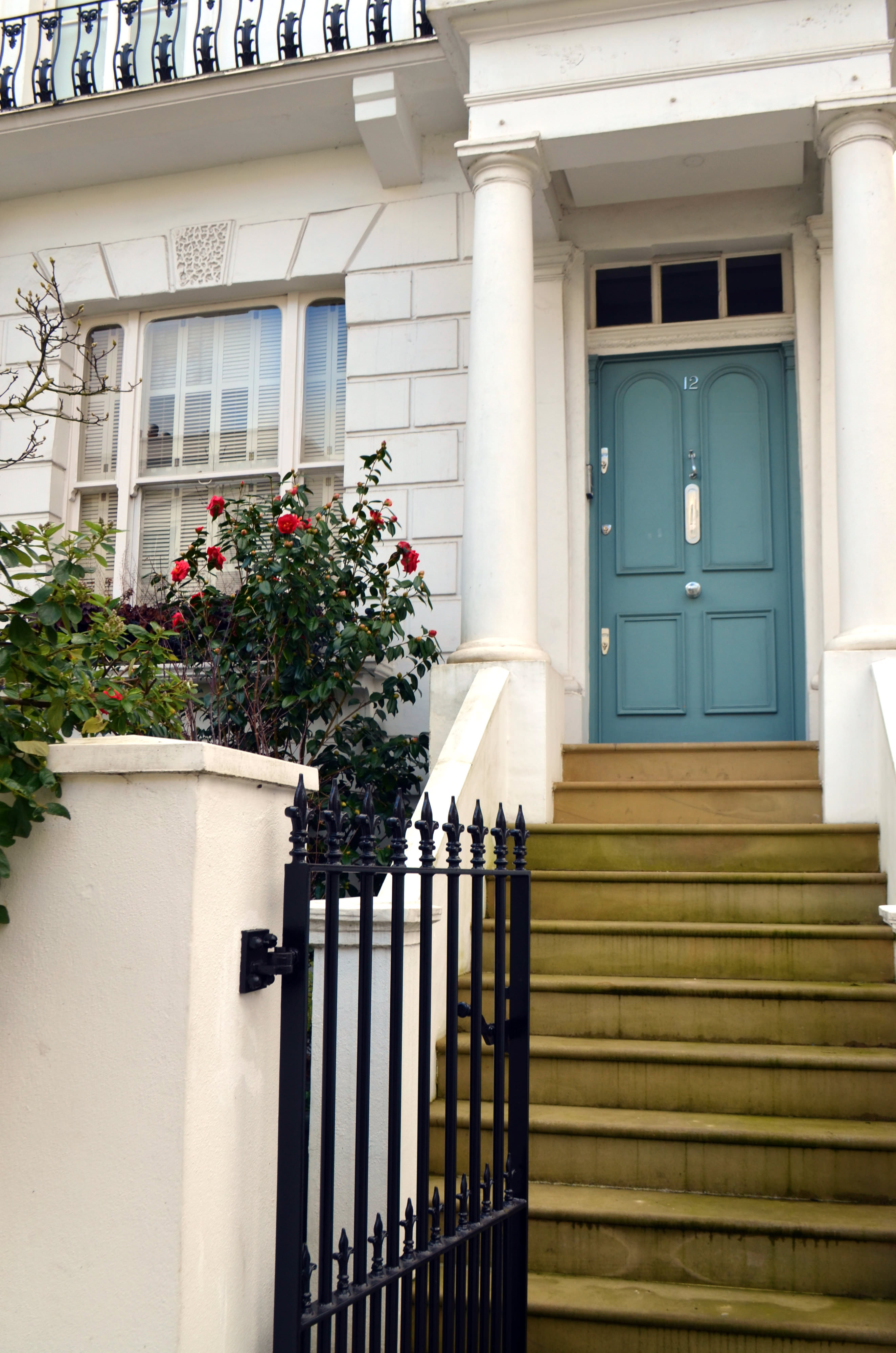 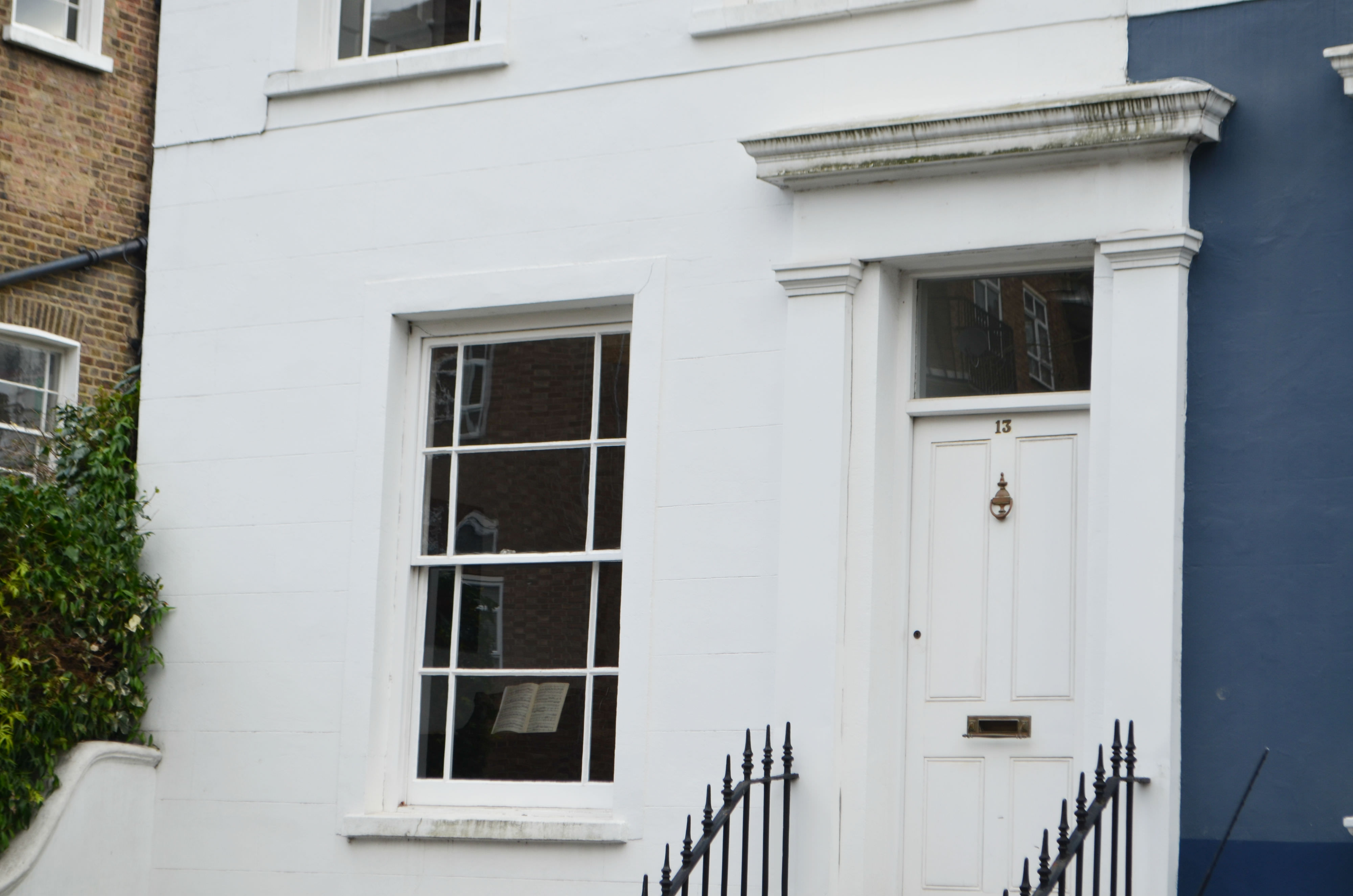 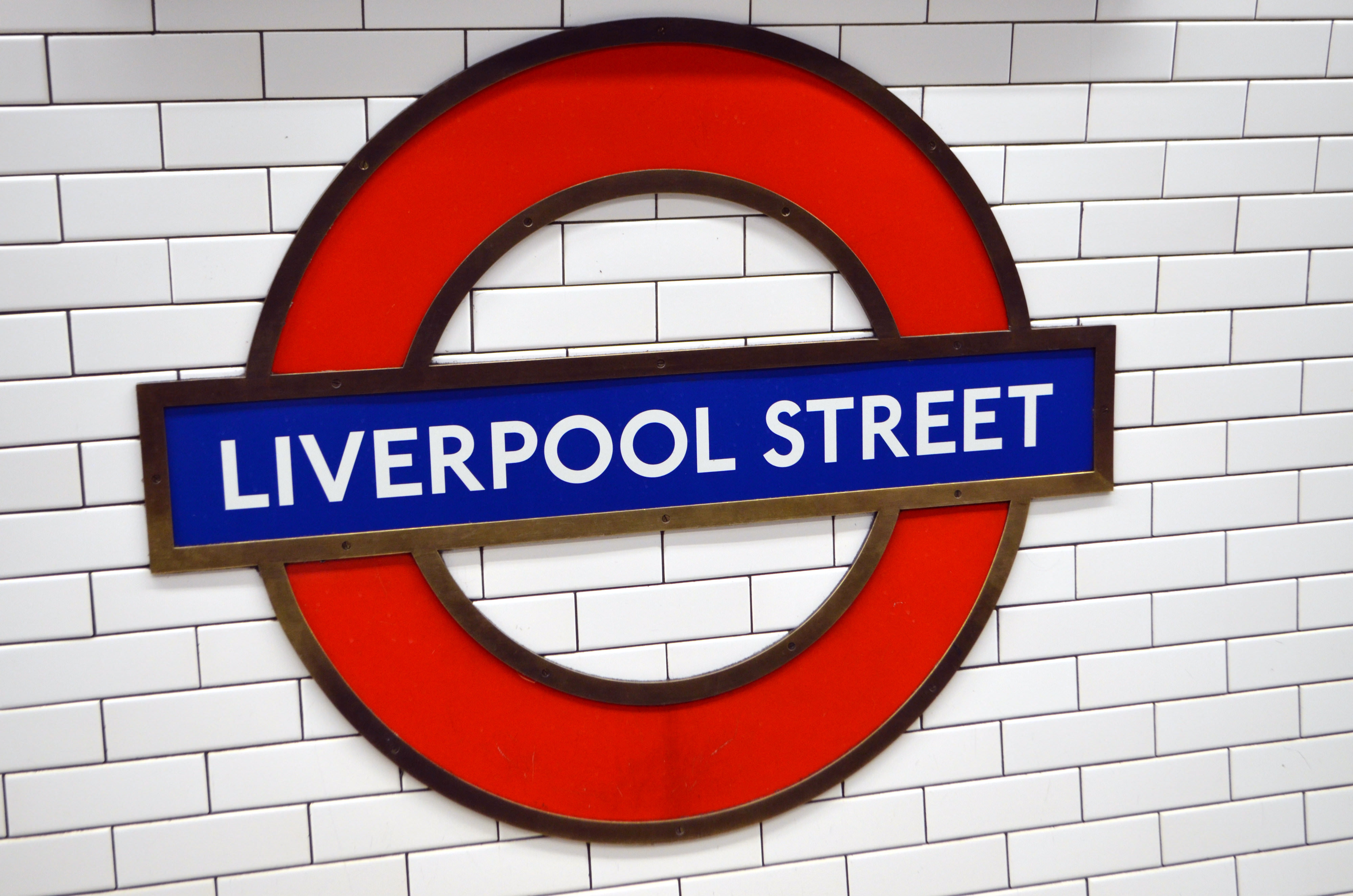 When my stomach started to rumble, I hopped on a train to Liverpool Street and met Sunny at Franco Manca for lunch.  If you asked me what my one regret was about leaving London, my answer would be that I’d left Franco Manca’s glorious sourdough  pizza behind.  Though probably not a bad thing for my waistline, eh?  😉 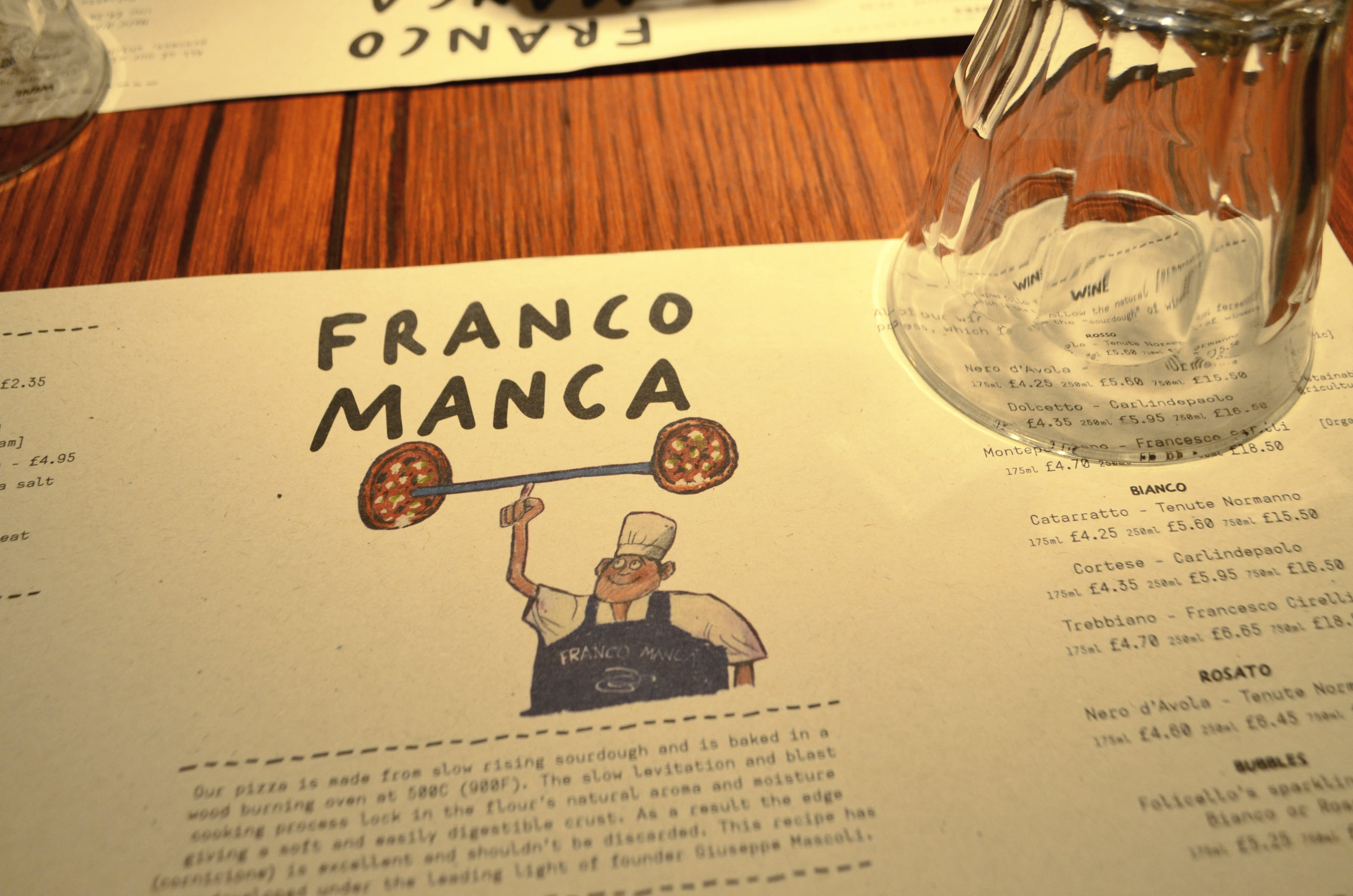 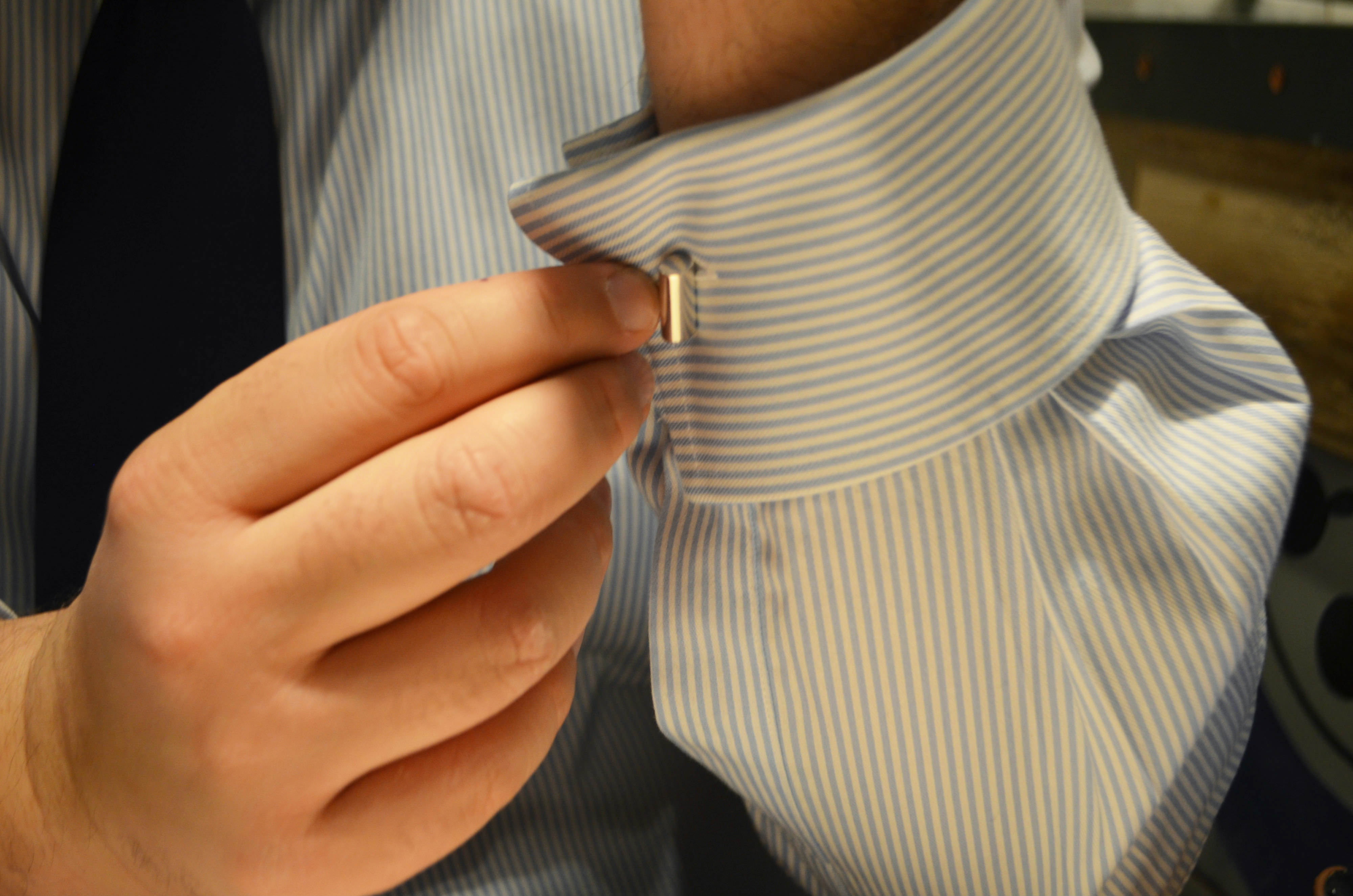 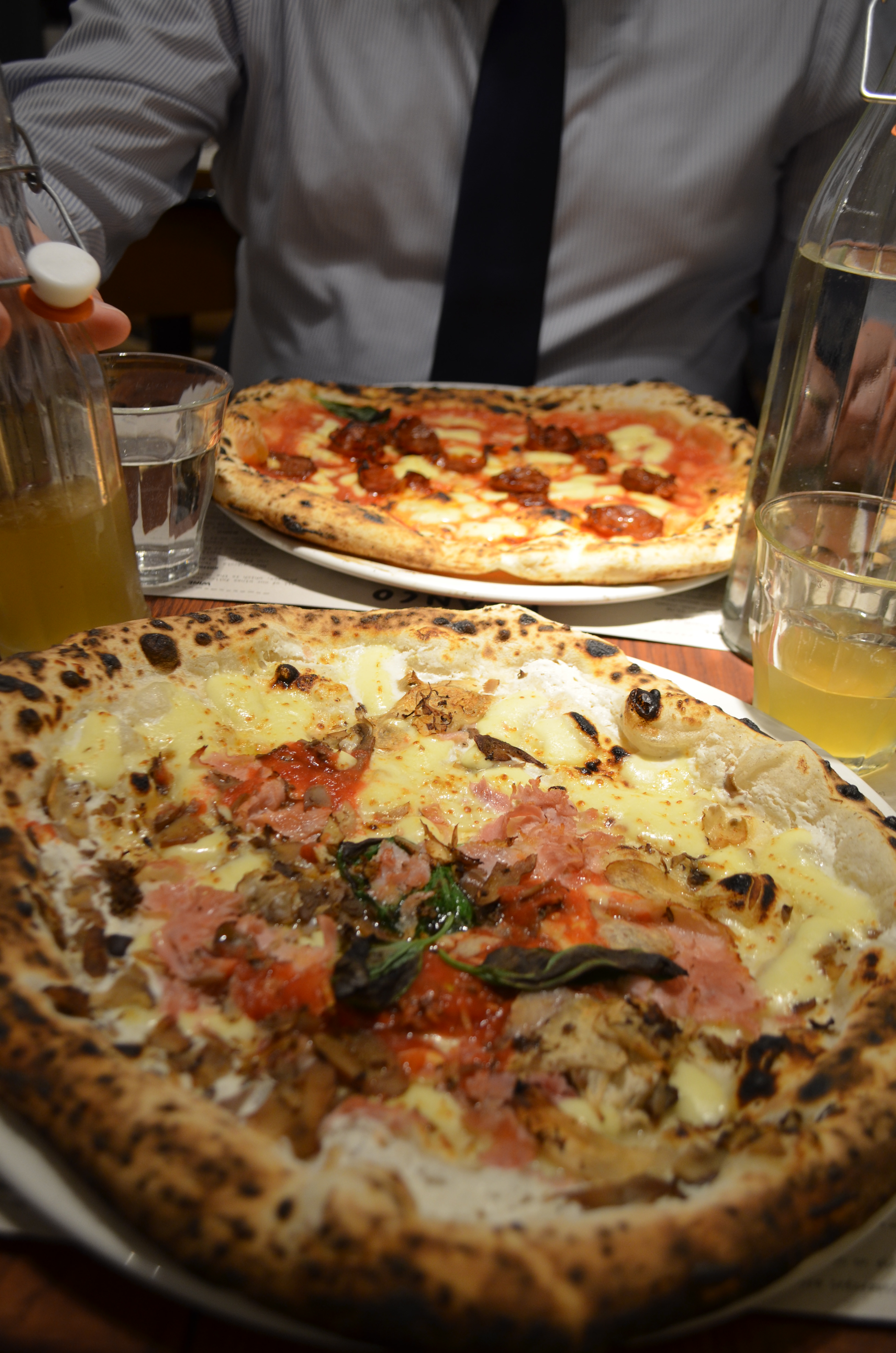 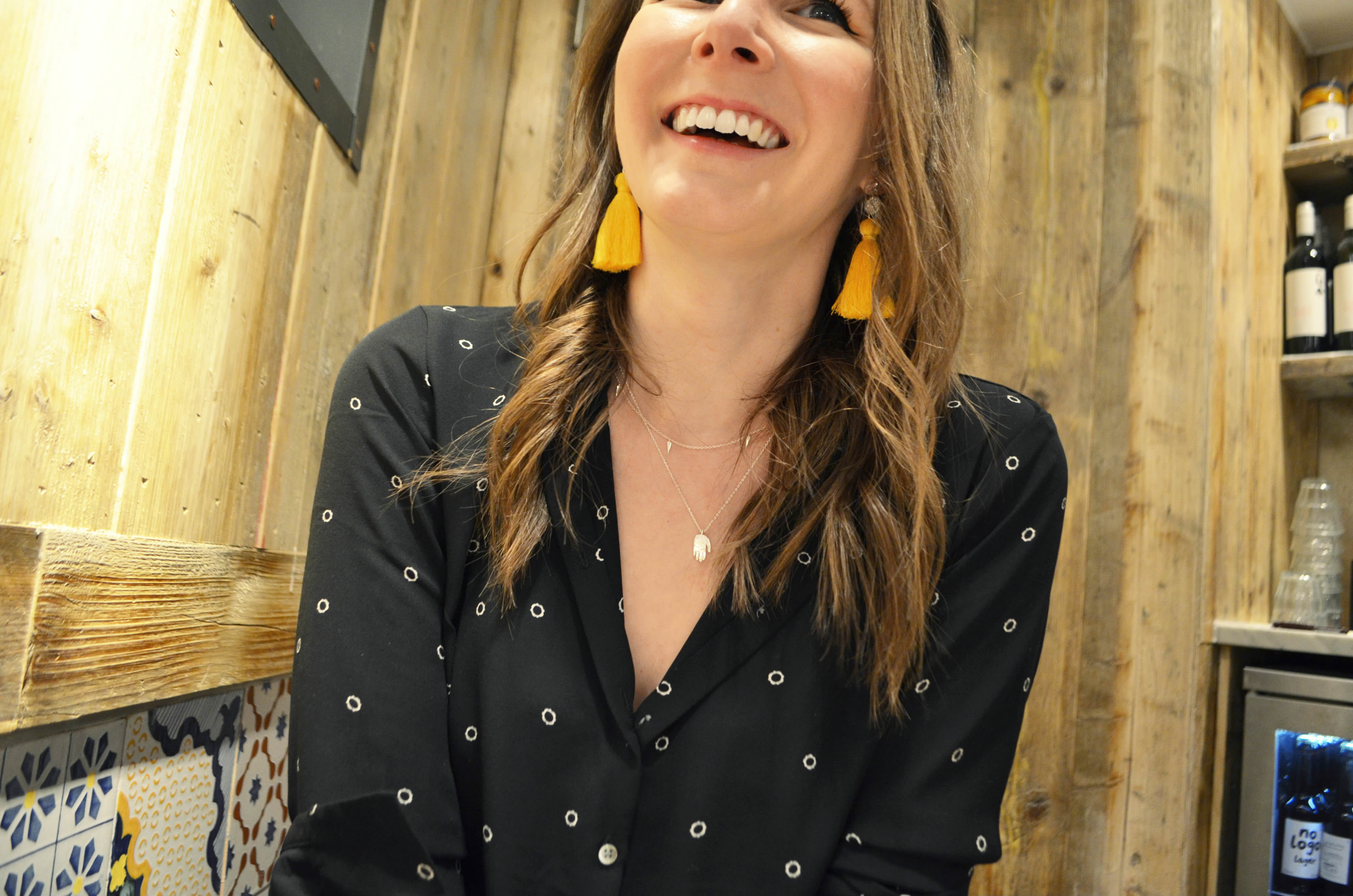 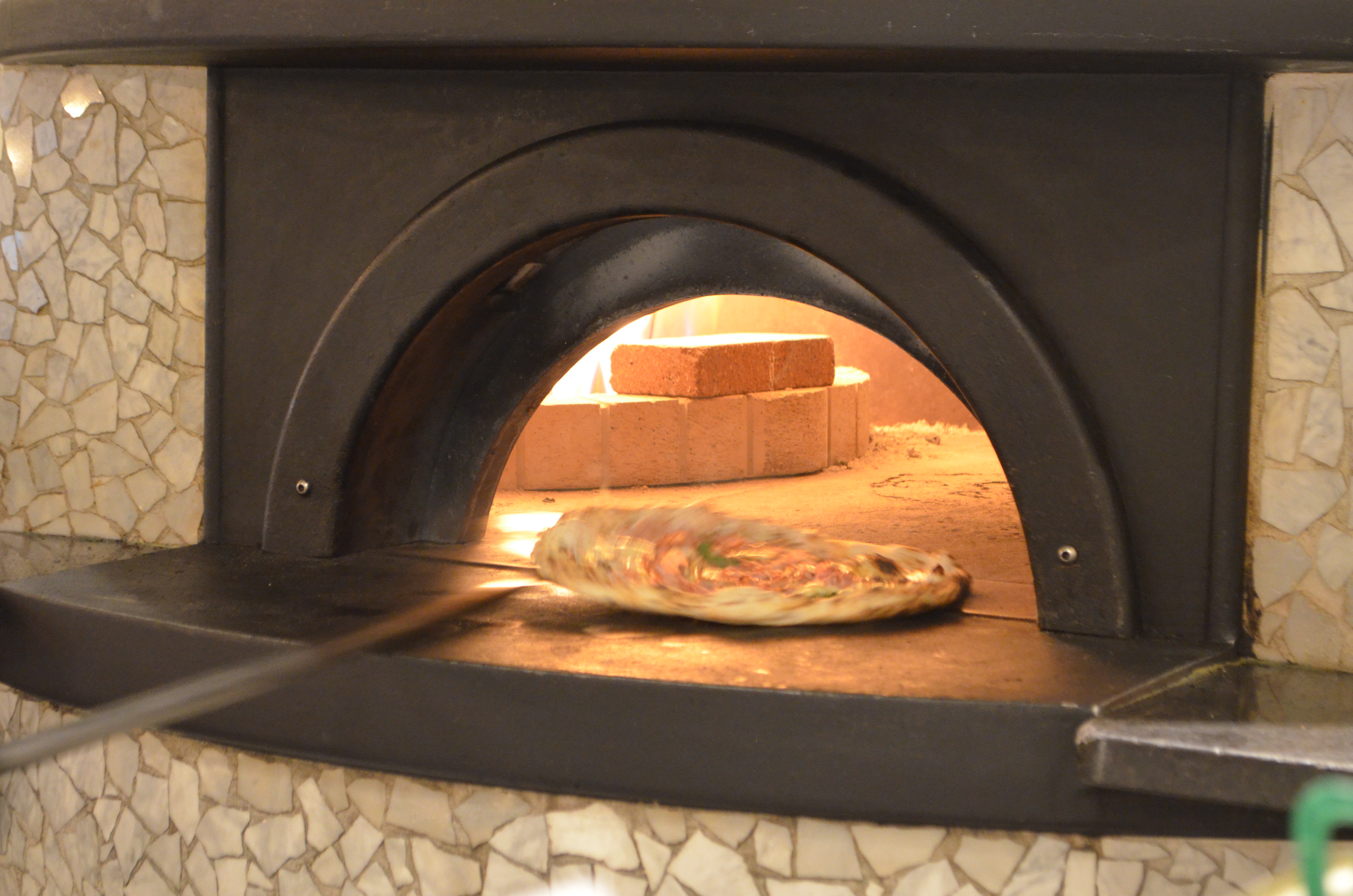 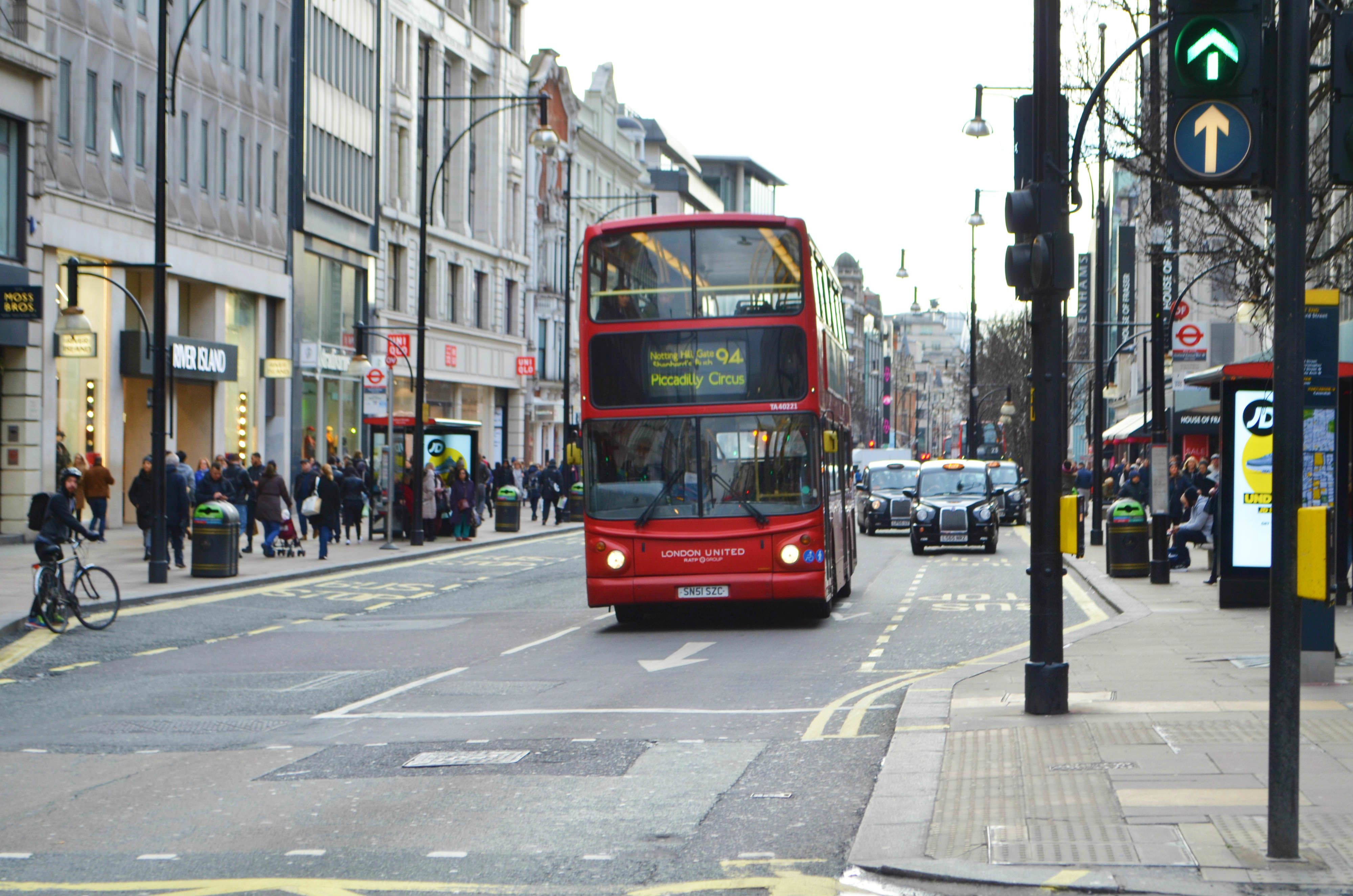 Full of pizza, I left Sunny in the city and hopped on the central line over to Oxford Street where I zig-zagged in and out of shops.  I didn’t buy anything, but I did try on this lovely cobalt blue wrap dress in Oasis.  I’ve got a couple of weddings coming up and I quite fancy this for one of them.  What d’you think?  🙂 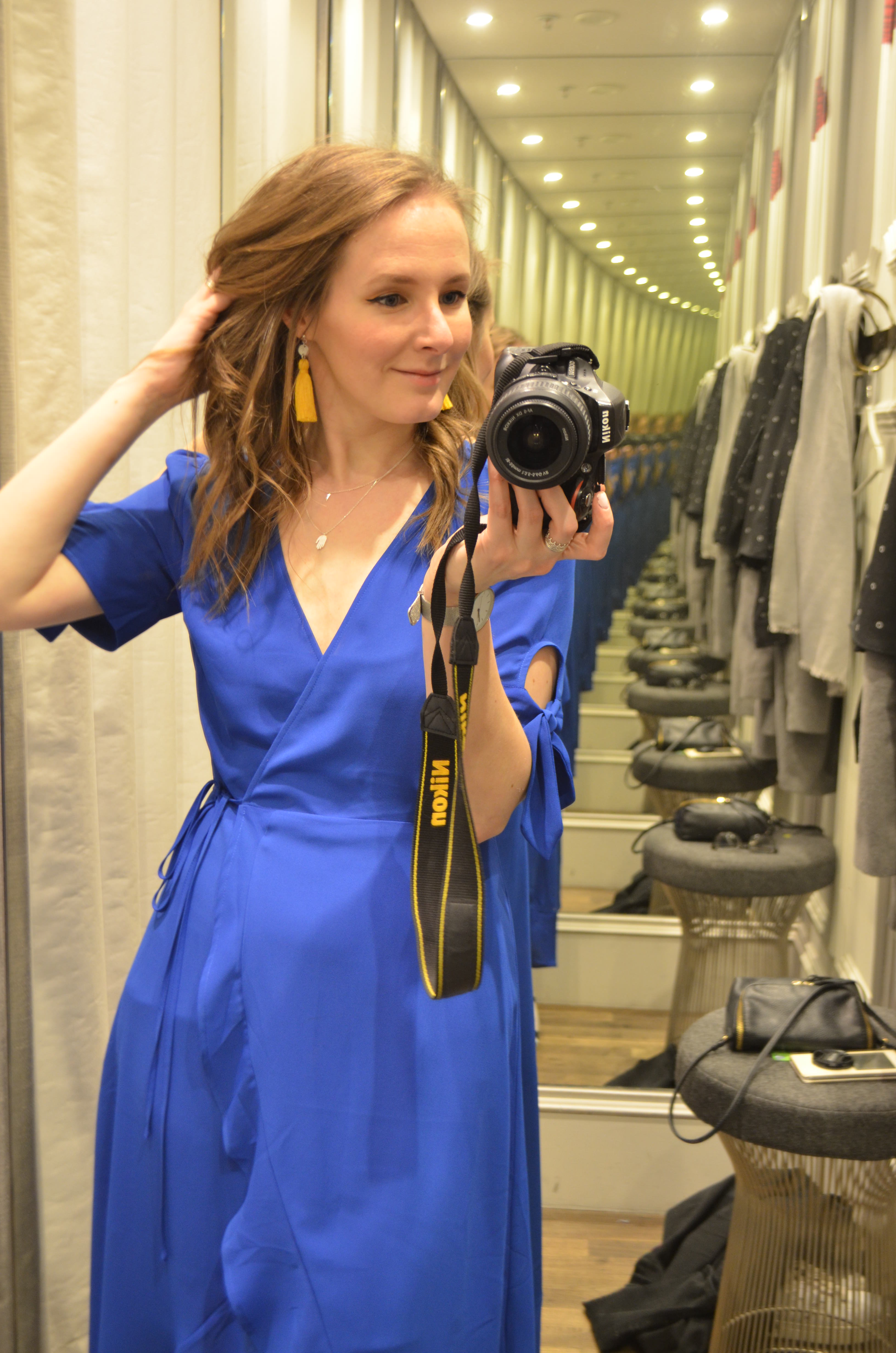 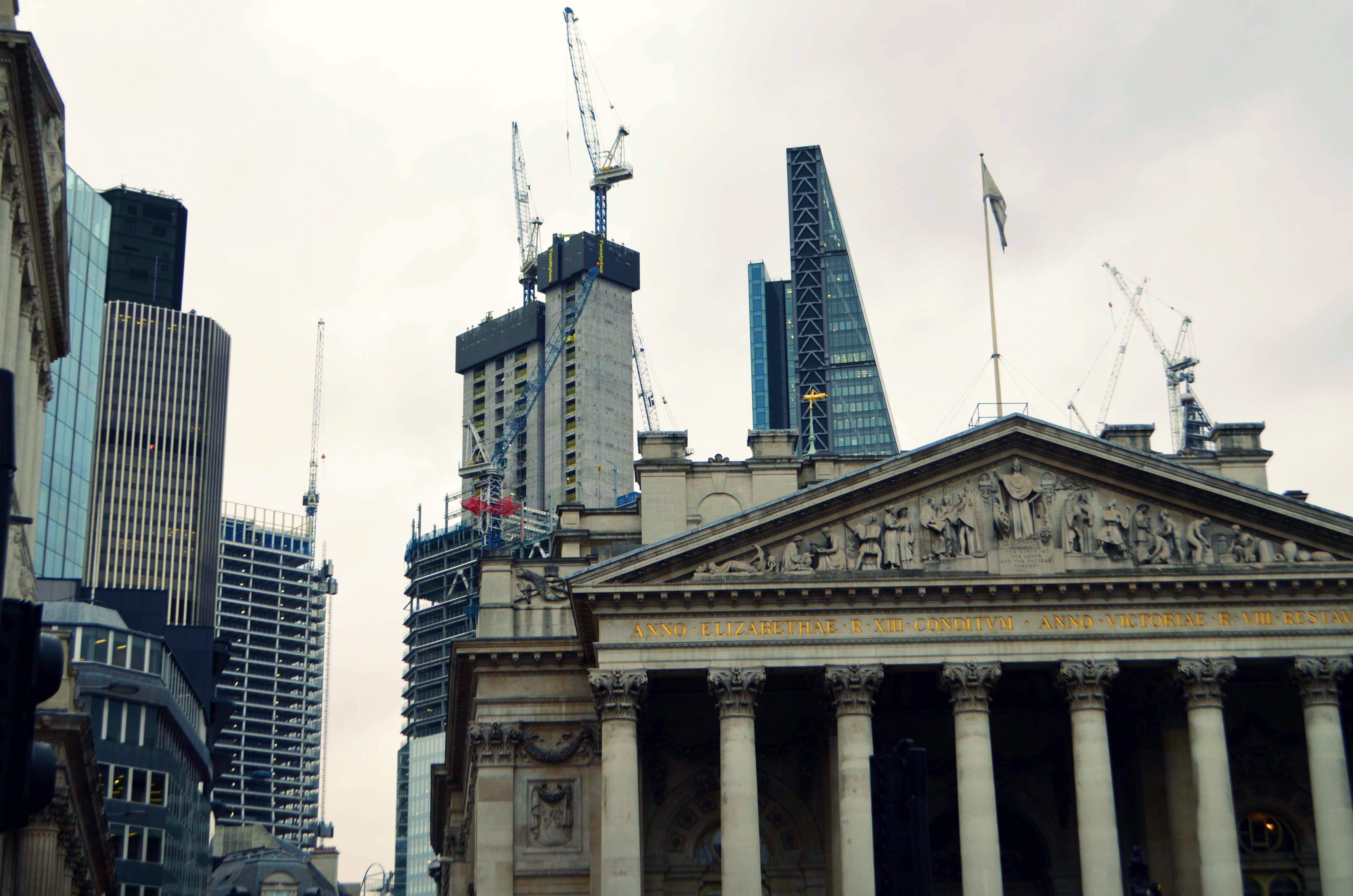 By four I’d had my London fix and was ready to get the hell out!  I know some people wouldn’t live anywhere else, but it’s not for me.

Have a great week everyone!

I just got back from a short but sweet little trip to the New Forest.  I haven’t been down there since I was a kid and always had this memory of it being this sprawling, Snow White forest, but actually, turns out that it’s not that big at all.  You can easily whizz around it by car in an afternoon.  That’s not to say that you can explore every moss-covered trunk in such a short snippet of time though, it’s still got that fairy tale charm and mystery that it had when I was a kid; you know, little towns with red brick cottages and sash windows, wild horses and fallow deer.  You can see a lot, but still leave wanting more.  It’s the perfect place to go exploring for a weekend 🙂

Have you been to the New Forest?  What were your favourite spots?

In terms of Christmas shopping I’m down to the last couple of presents… and they’re driving me NUTS.  Speculative searches on Amazon have come up empty, and the last time I popped into Cardiff for a browse I came home empty handed (and because there were hardly any spaces left I had to park in the twirly car park – St David’s 2 – which leaves me cross-eyed).  So on Tuesday I decided to take the present-hunt out of the country.  I popped over the bridge to Bristol and still managed to come home empty handed (pfft!), but it was a nice change of shopping-scenery anyway. I got lost in Cabot Circus, stumbled up the Christmas Steps and hung around St Nicholas Markets for longer than necessary just so I could oggle all the street food for a bit longer. 🙂

I can’t believe Christmas is just over a week away!

Here’s a fun fact; Bicester Village is the UK’s second top attraction for Chinese tourists.  Yep, apparently cut price designer handbags are only slightly less interesting than watching the changing of the guard outside Buckingham Palace (which still reigns supreme as the top tourist spot).  I was totally lured in by Bicester Village; so many people go on about it being a shopper’s Shangri-la that I was kind of excited to make the pilgrimage myself and y’know, see what all the hoo-ha was about. 🙂

A few weeks ago Sunny was Oxford-bound with his Dad for a Charlton Athletic game, so we made a very gender stereotypical family day of it – the guys went footballing and the girls went shopping.

I wasn’t exactly expecting to come home laden with bags full of designer bags (no 5p charge in Bicester for fancy bags…), but I had no idea quite how out of my league price-wise everything was going to be – even with 50% off.  I was expecting cold, hard BARGAINS, people.  But alas; bargains there were none.  Not unless your idea of a bargain is a Versace chinchilla coat at an eye-watering £11,000, even after taking 20% off (!!!!!).

We drifted from store to store flipping tags and gulping, while Chinese tourists were loading up on whatever they could carry.

I’m firmly in the “love the look not the label” camp when it comes to fashion.  I’ve got a beautiful Micheal Kors purse in my £7.99 H&M handbag (the only fancy-pants designer item I own), and  a Zara dress I bought when I was 19 that I still adore and wear every summer – it was a bit pricey at the time and my student loan took a hit, but it was worth it because I’ve worn it thousands of times and probably will a thousand times more.  But I can’t see myself – even if I was overflowing with cash – ever spending £200 on a handbag purely for the name on the side of it.  I’d have to love it.  Like, really, love it.  Love it, marry it, have babies with it – love it.  And, meh, I don’t think I could pull it off anyway.  It’s just not me.

No offence, Bicester, but give me the great British High Street and a bit of Primani any day 😉